On Day 5, Monday, April 9th, as we left Bryce Canyon, we wanted to finish our car tour of Highway 63 and the overviews that we did not do on the 8th.  Our first stop this day was Inspiration Point where we say this: 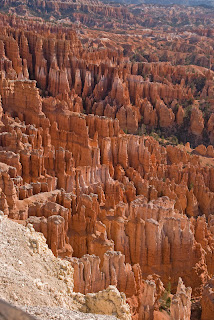 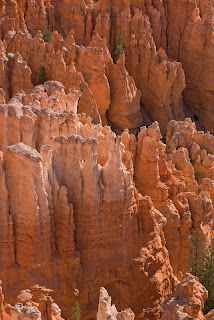 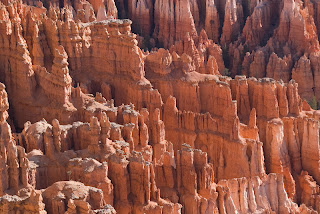 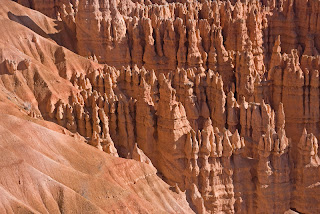 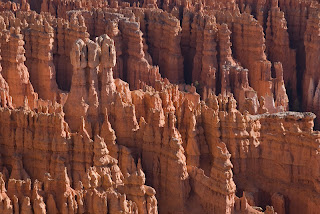 Our next overview was Fairyland Point. It is always our pleasure to take the "back roads" anywhere we can and today we decided to take a scenic route from Bryce to Zion.  We left Bryce and headed north to Panguitch.  We had a breakfast brunch at Ruby's Inn and then wandered across the street to irritate the horses waiting to go on a trail ride. 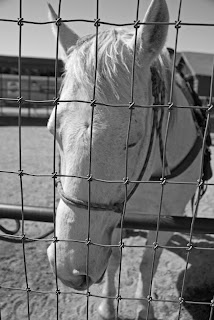 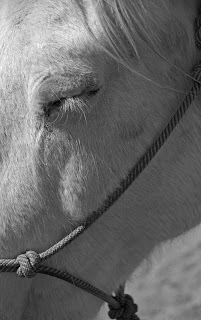 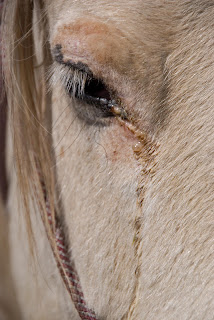 As we left Bryce on Highway 12 heading towards Panguitch, we came across two pronghorn along side the highway eating.  I turned the car around, parked on the side, and got out to take some photos. 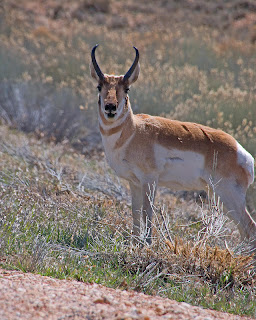 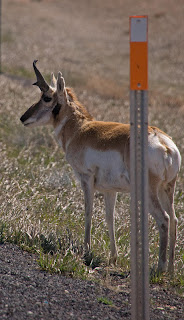 You know how all the ranger stuff says, "Don't approach the animals?"  Well, this might be the reason why. 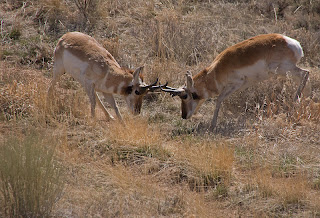 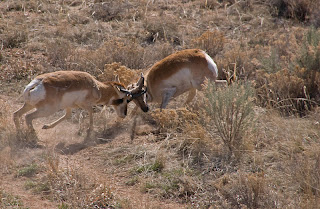 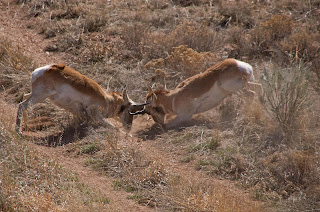 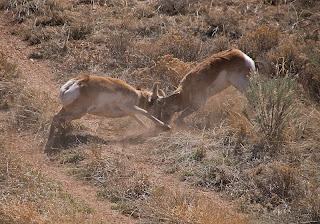 These two doofus pronghorns decided to start head butting each other about twenty feet in front of me while I was standing outside the rental.  I just kept hitting the shutter hoping that some picture would work out and the next thing I know these two streak across the highway right into traffic.  Man, I was just glad they decided not to head butt me while I was standing there. 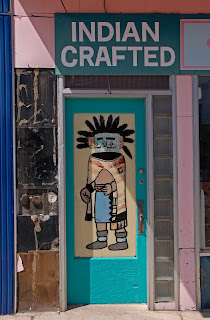 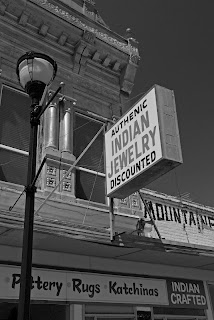 In Panguitch, we shopped at the Garfield Thrift Shop (where I bought a granny doll for assemblage), Bronco Bobbi's (for arts and crafts) and  the Cowboy Collectibles Store (which had antiques and cowboy related stuff). At the Store we met a dog who could carry three tennis balls around in his mouth at the same time plus he rolled onto his back and balanced one of the balls above his head between his paws. 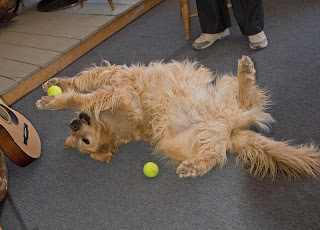 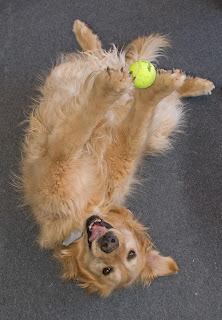 Yup, a proud Panguitchian moment. This guy probably has his own Facebook page.

We left Panguitch with the intent of taking the back woods roads all the way to Zion from Bryce.  Turning off of Hwy 143 on Hwy 148, at approximately 10,000 feet up, we discovered this about 100 yards down the road: 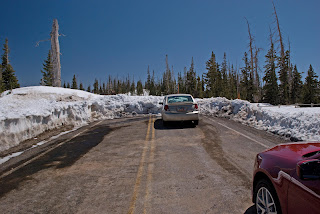 Hmmm...this is something you think locals might put a sign up about.  Later, at lunch at Hermie's Drive-In in Cedar City (where we ate the enormous Hermie Burger), the locals told us this road does not often get plowed until June 1st.

That night, we made it to Zion in time to ride the shuttle from one end of the park to the other.  Then it was a meal in the lodge and off to bed, dreaming of a new park and new adventures for tomorrow.