Today is Thursday, May 15th, in New Orleans and I believe I never made it to breakfast this morning on time.  Yes, my boastful announcement that I would always be up at 7:00 a.m. no matter what is shattered.  I believe I was bitten by a vampire and am in sleep mode.

Today it is full speed ahead in the workshop.  It is also time to get going on the inside of the box.  My focus is shifting on this project.  I have gone from a Vampire Hunting Kit to a Vampire's Hunting Kit.  Then I just decided to screw the whole theme thing and build what I appear to want to build:  a memento mori to a dead vampire. 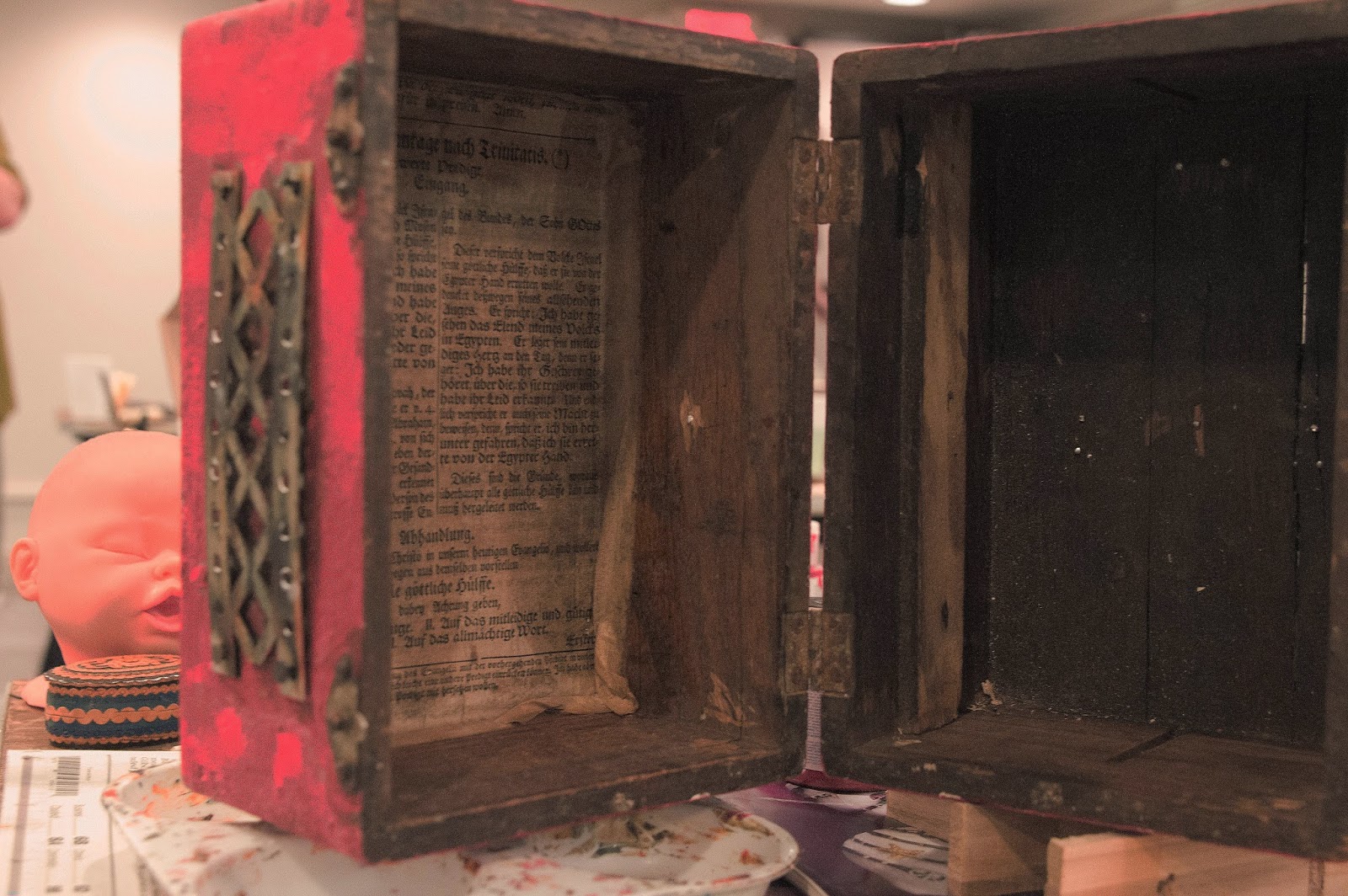 Please note the baby head to the left:  this was a junkin' find and I had no intentions of using it at this point, but... 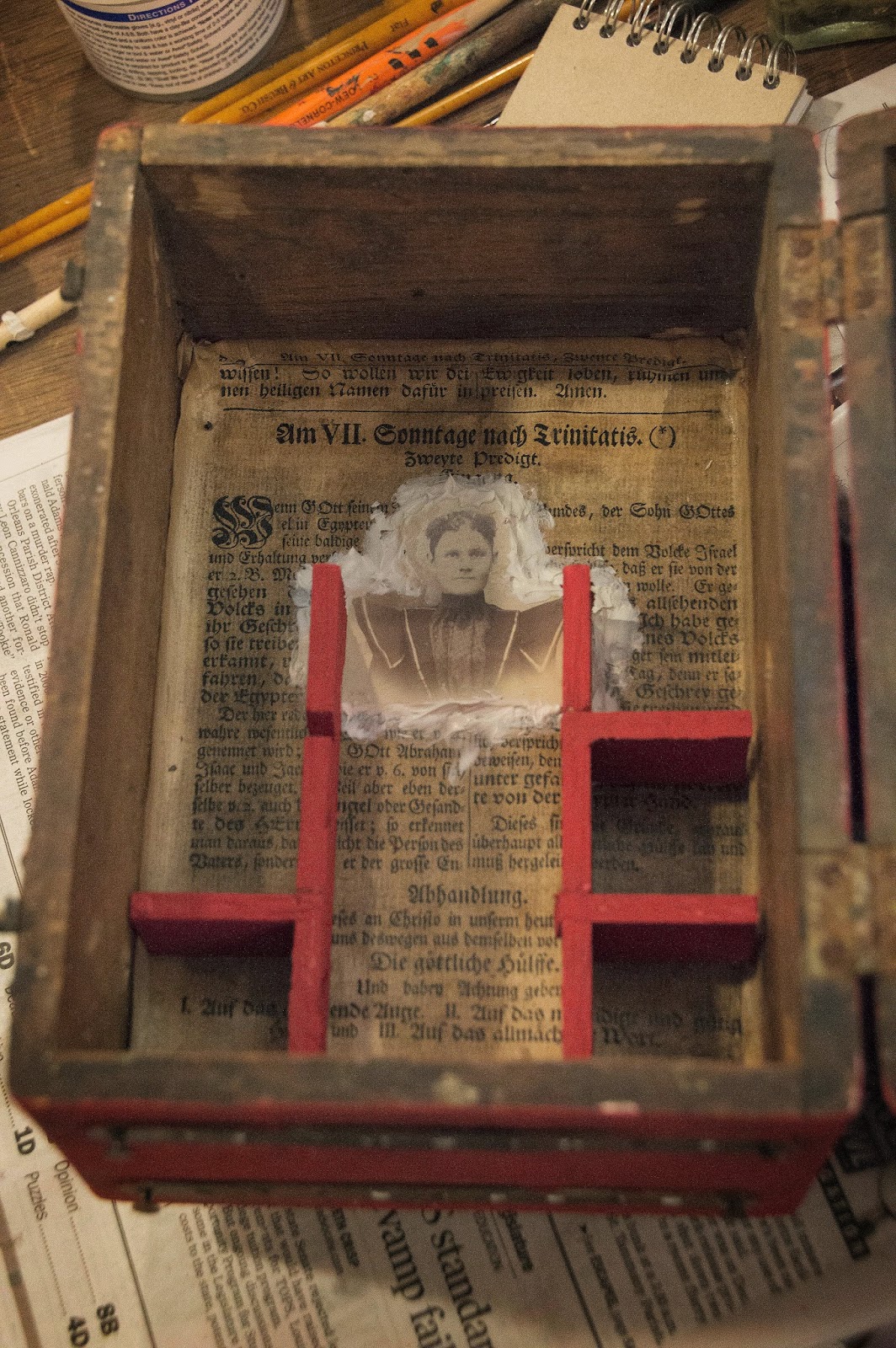 This is all that is left of the shelf unit I bought while we were junkin'.

When lunch came around I ran across the street and got a Po' Boy.  Yes, it was all work, work, work today.  Yes, work, work, work--until someone told us that there was a jazz festival in Armstrong Park this weekend and it starts this afternoon.  So, KD and I decided to head on over there and check the music and some food.  On to the Jazz in the Park event sponsored by the People United for Armstrong Park. 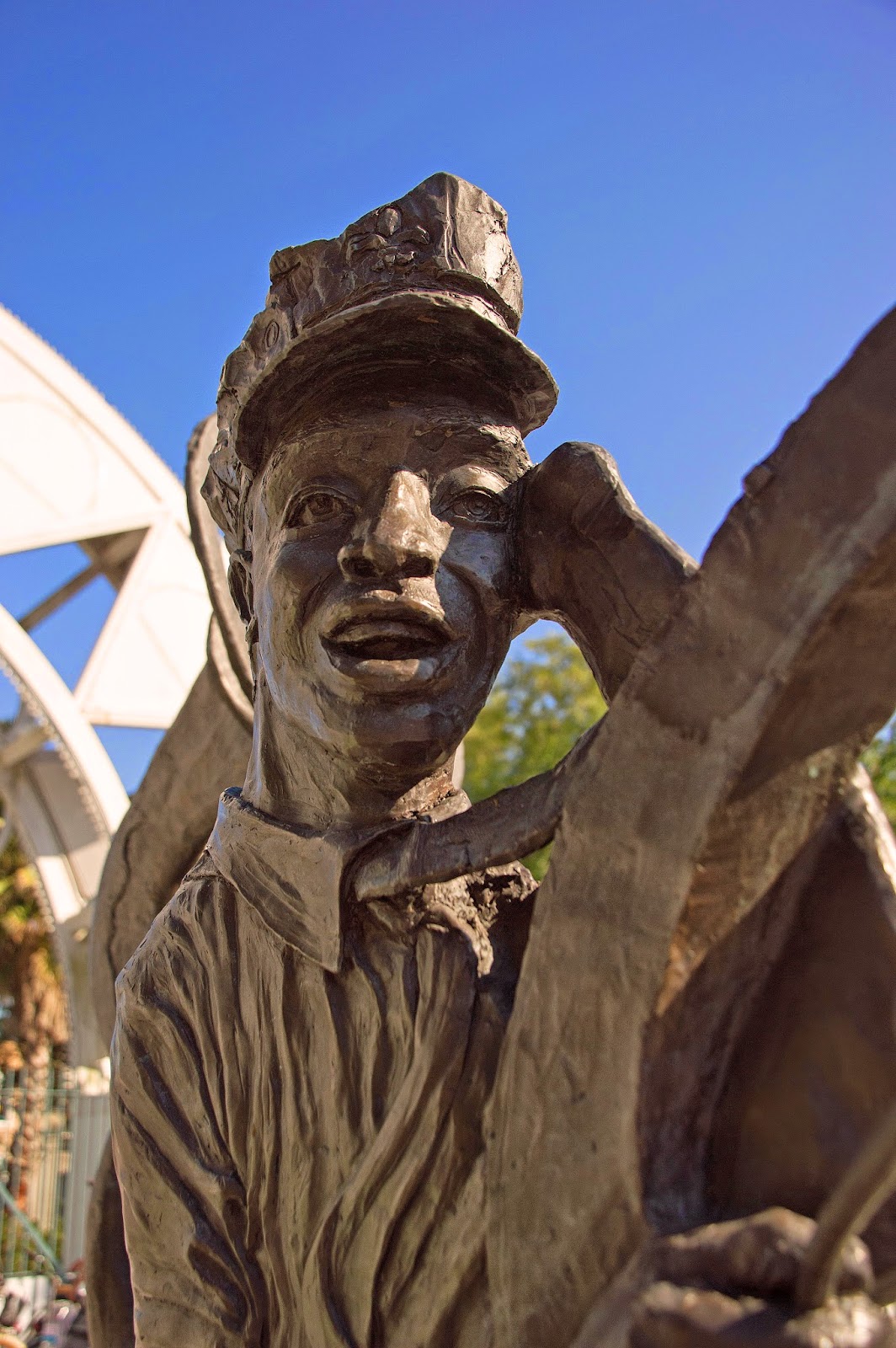 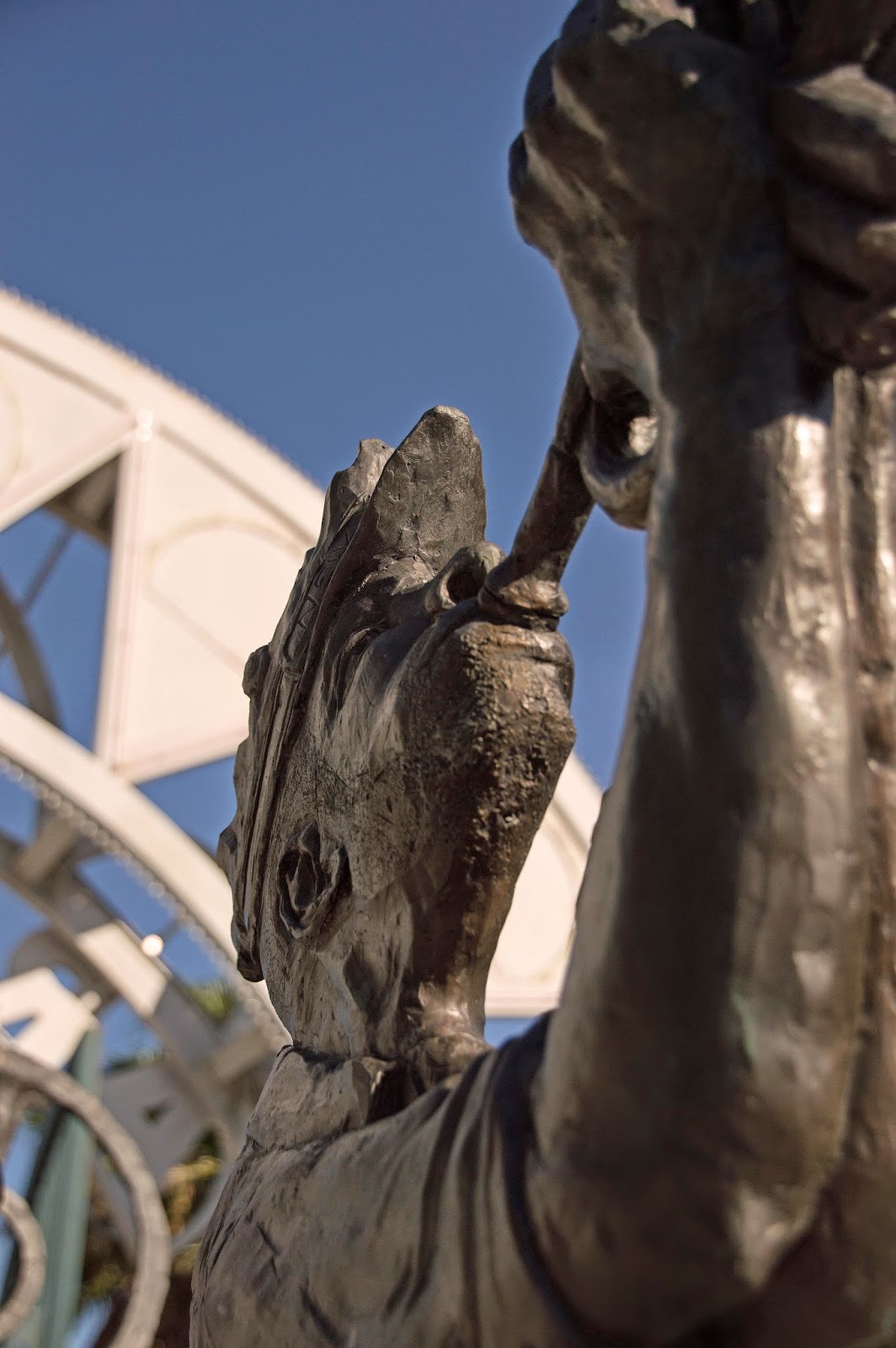 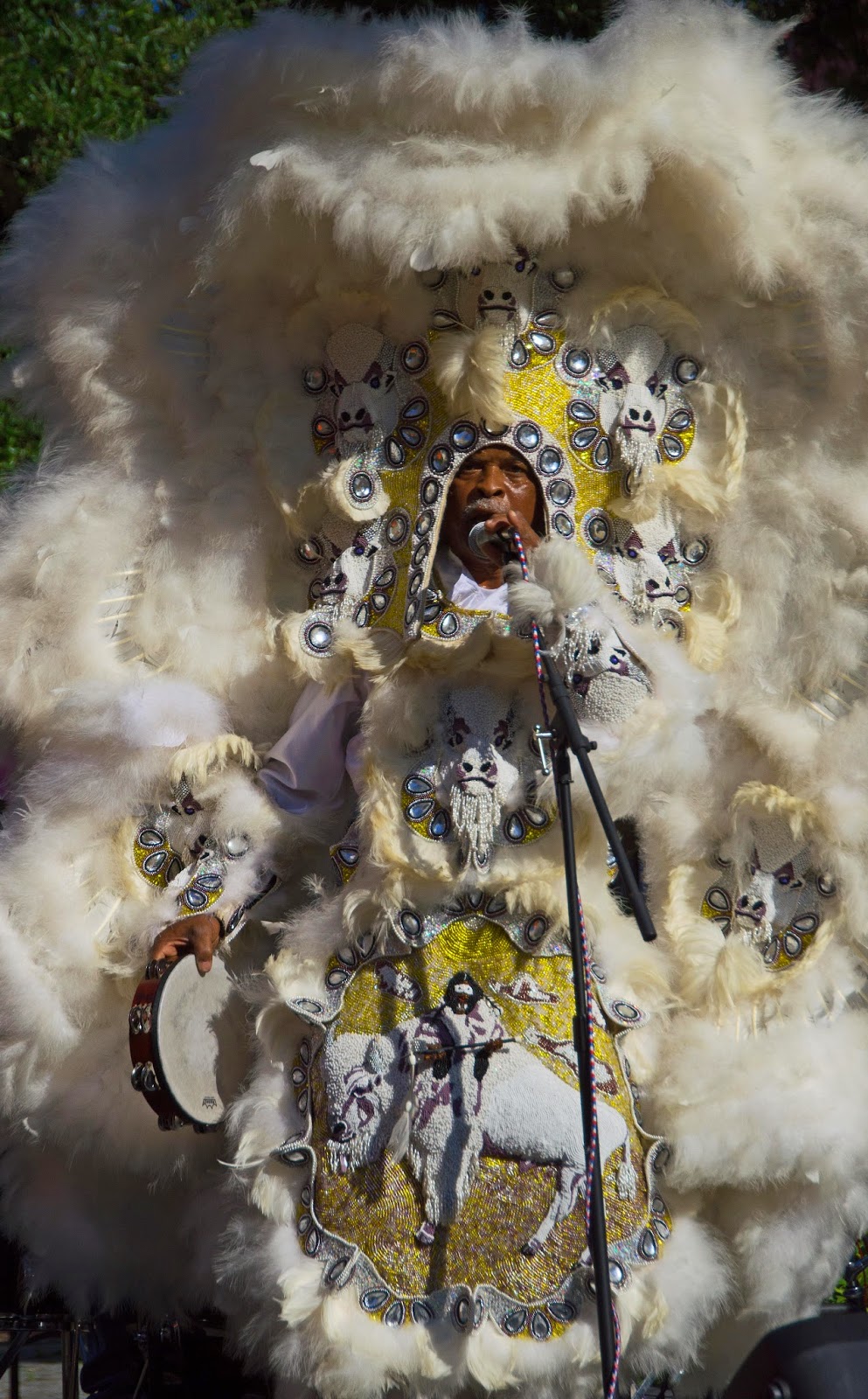 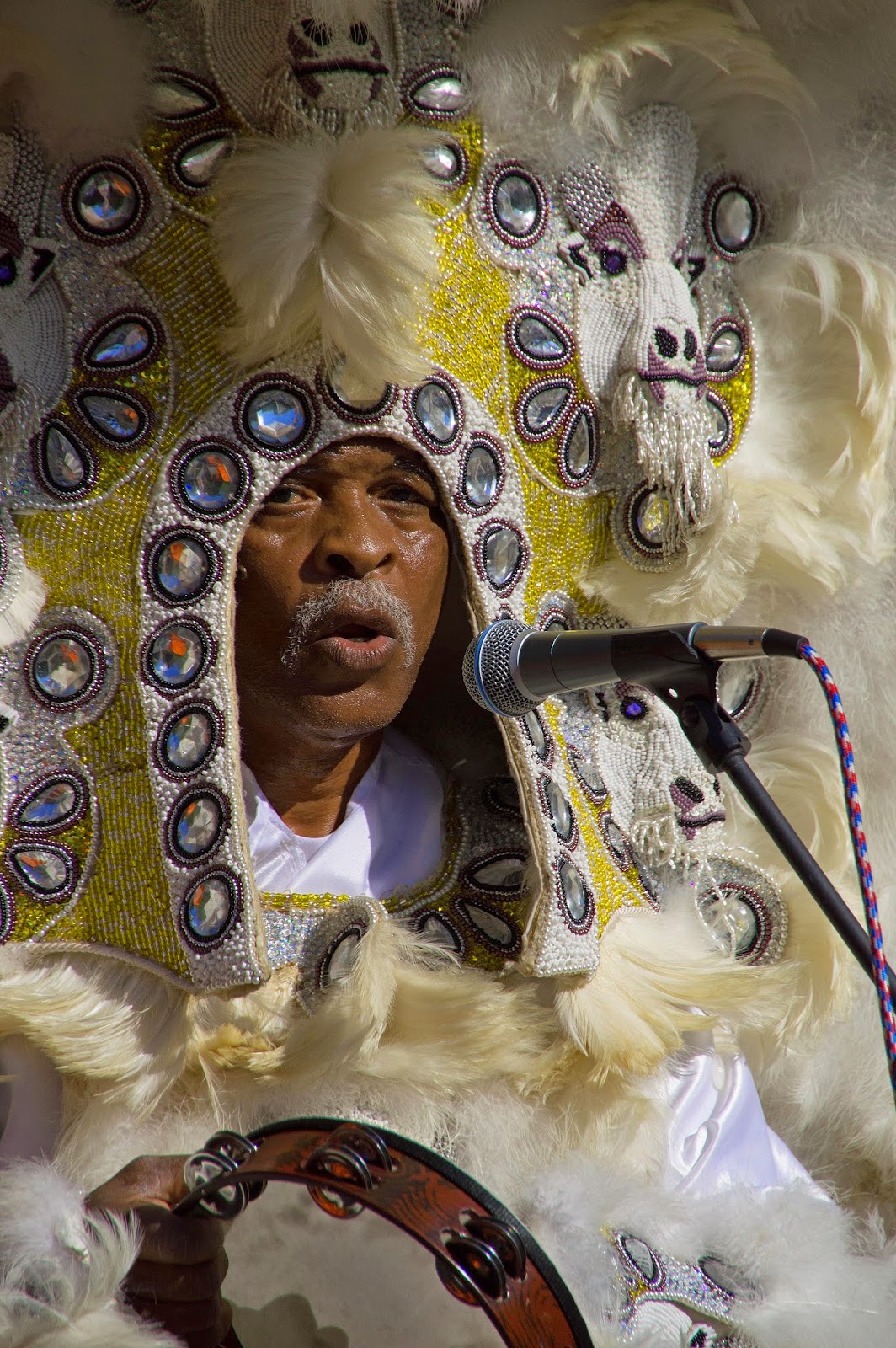 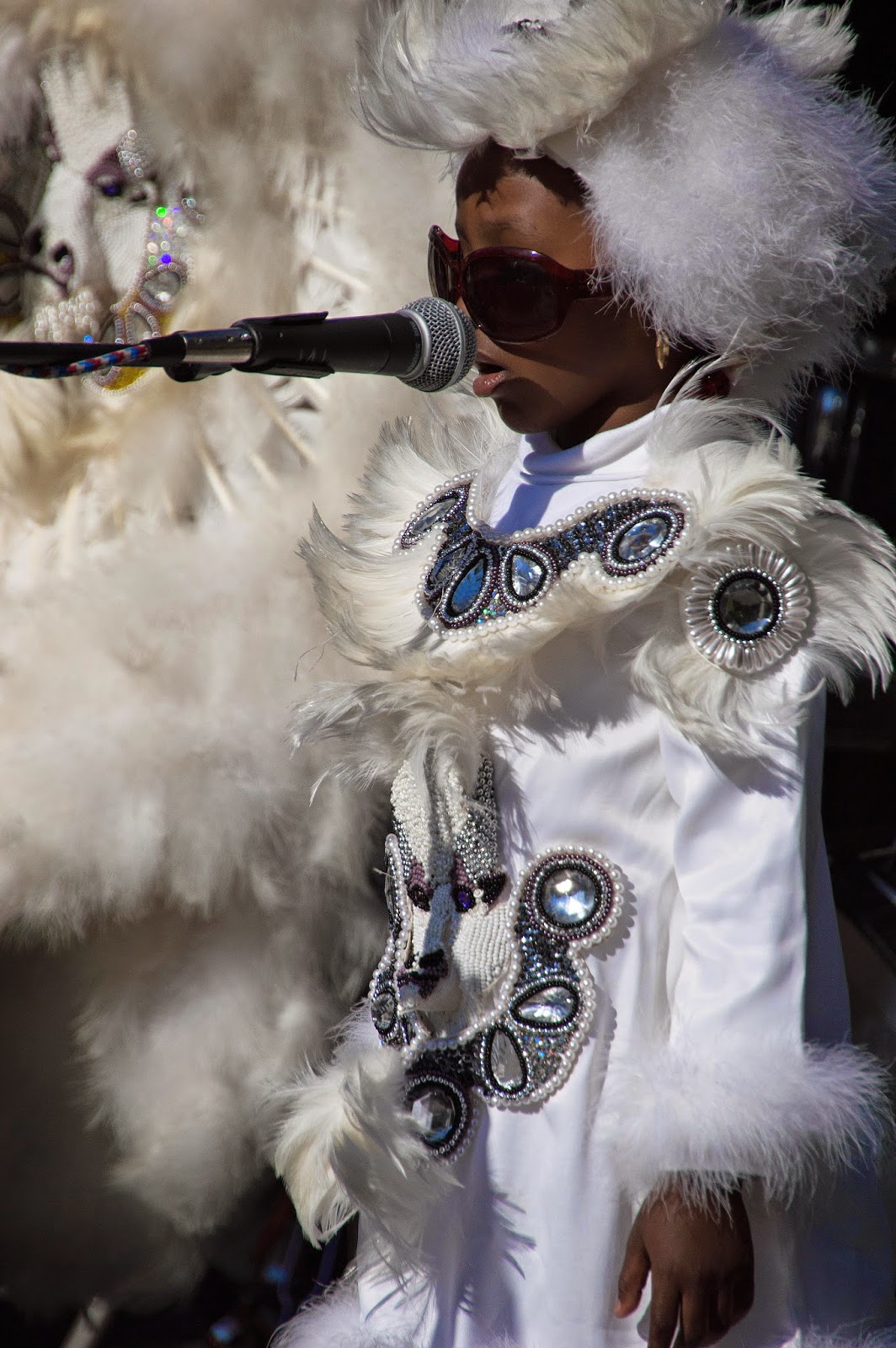 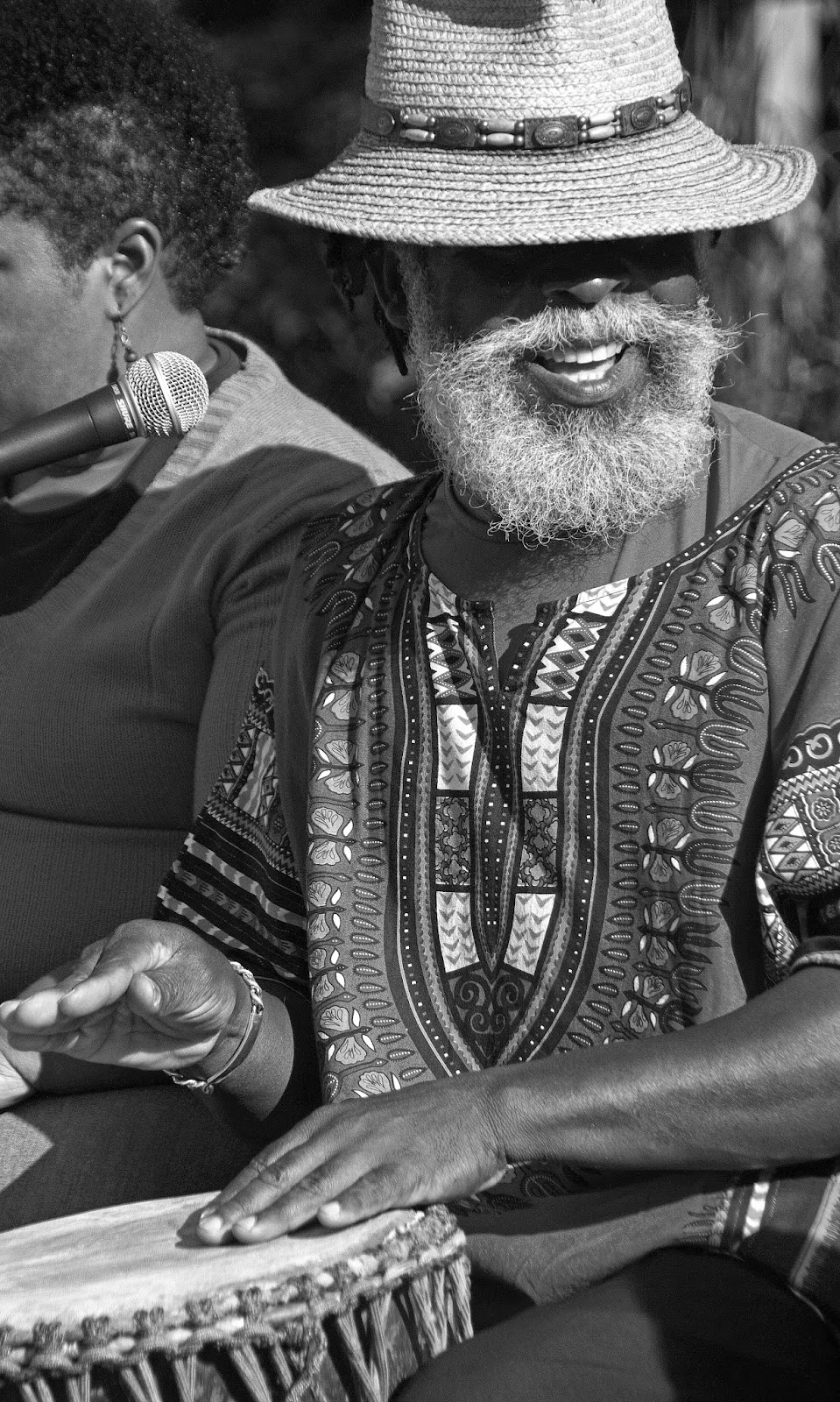 The featured band on the main stage had this woman whose name I did not record.  She was a beat poet of feminist and personal issues who at times appeared to have left her band behind until suddenly you noticed that they all were in sync.  And, she had personality. 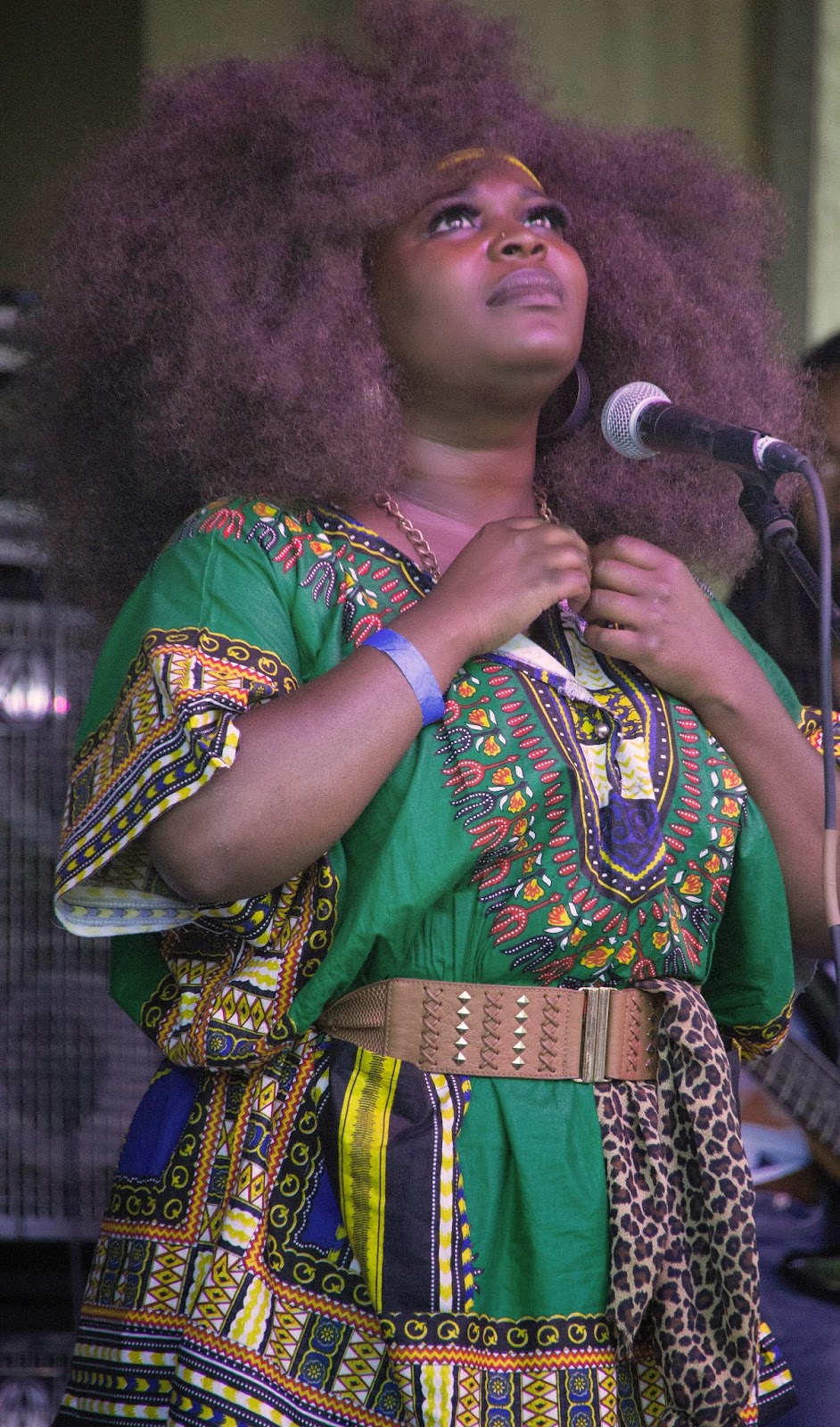 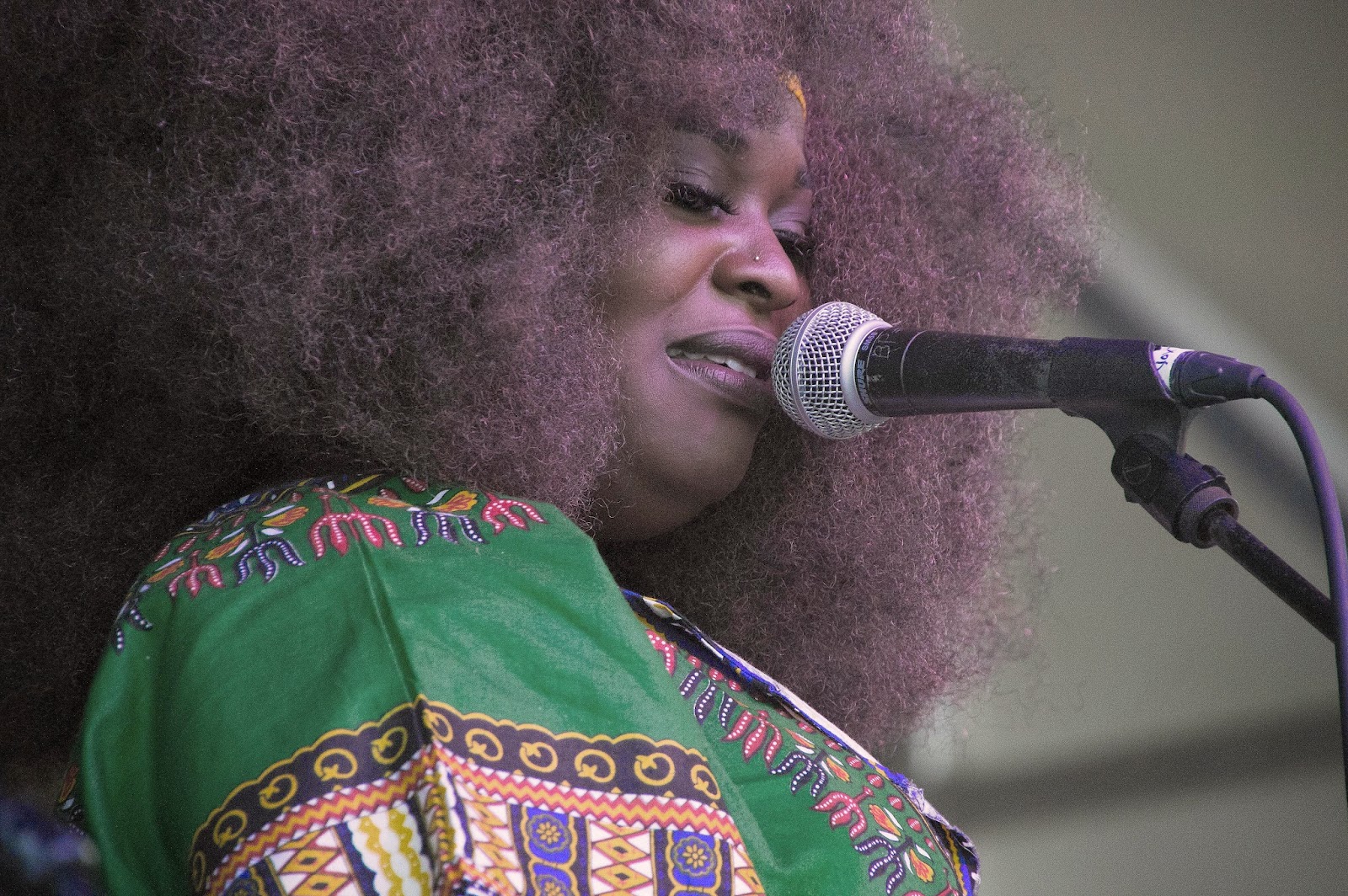 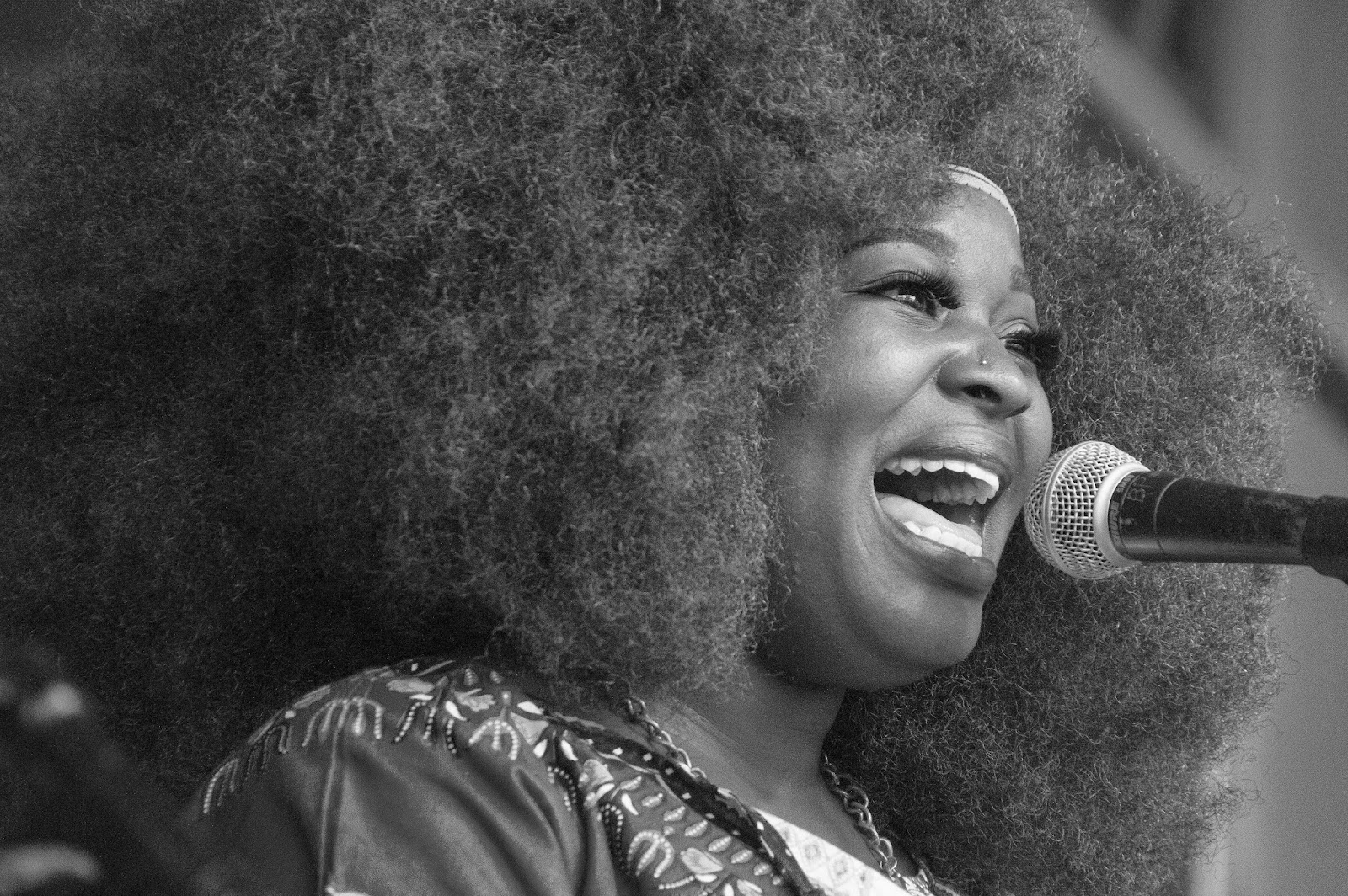 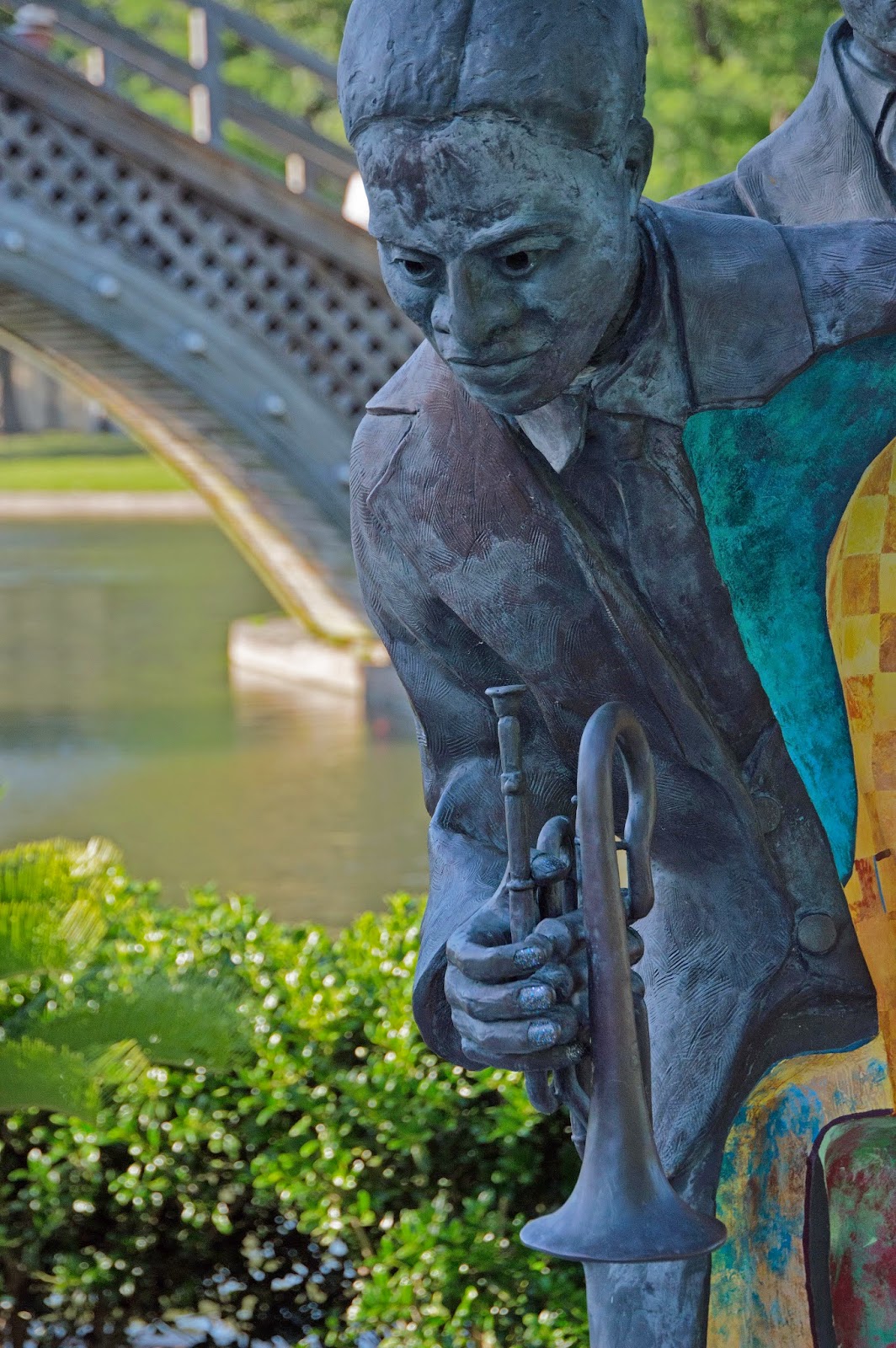 Remember this photo of the barely visible photo? 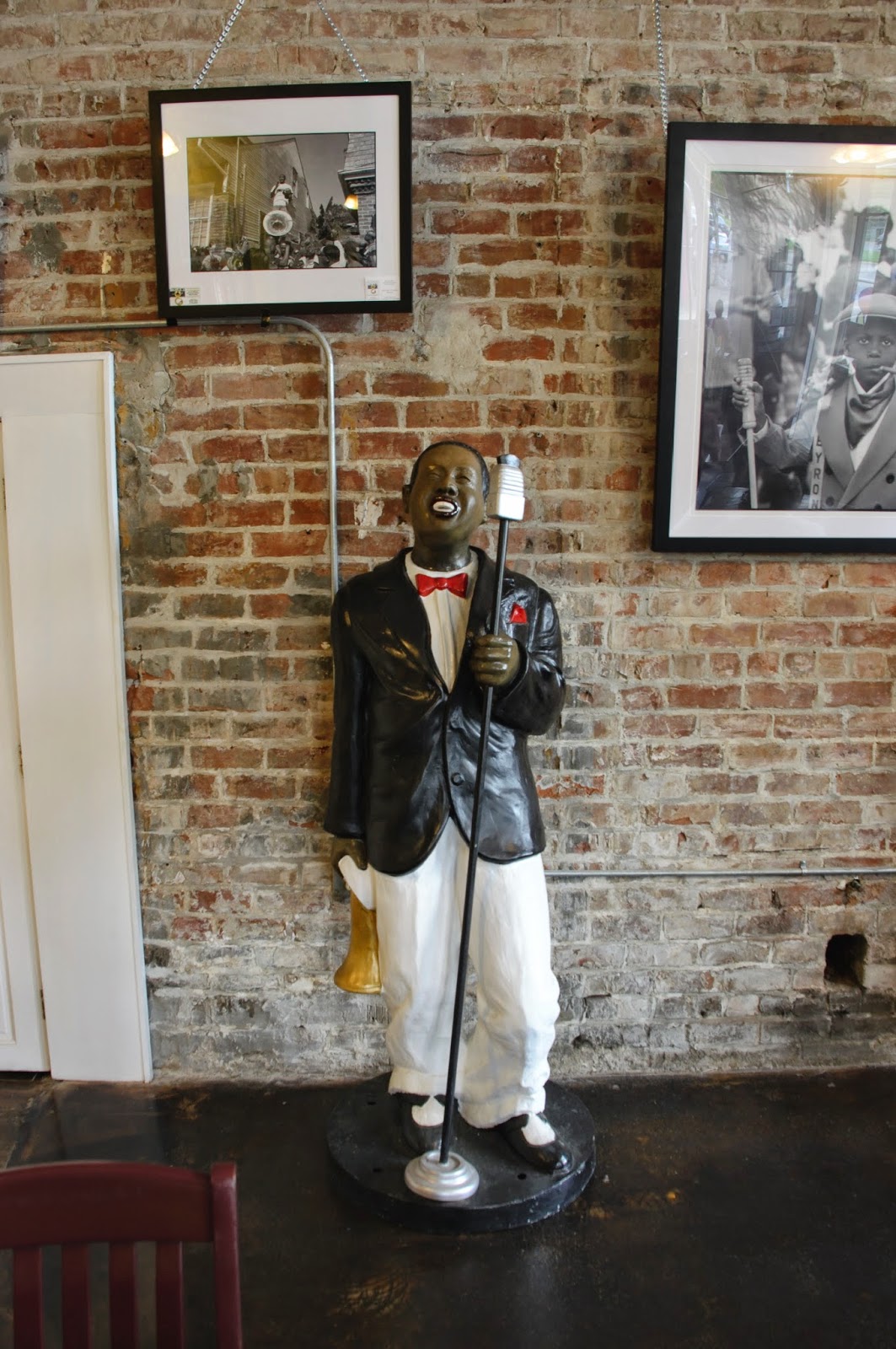 That photograph is by L. J. Goldstein, the owner of The Brass Camera Gallery.  As KD and I were leaving the Jazz Festival we came upon his tent.  The good news is that each of us were able to buy a matted 4" x 4" version of the little boy smokin' the cigar.  KD threw in one more and all parties parted happy. 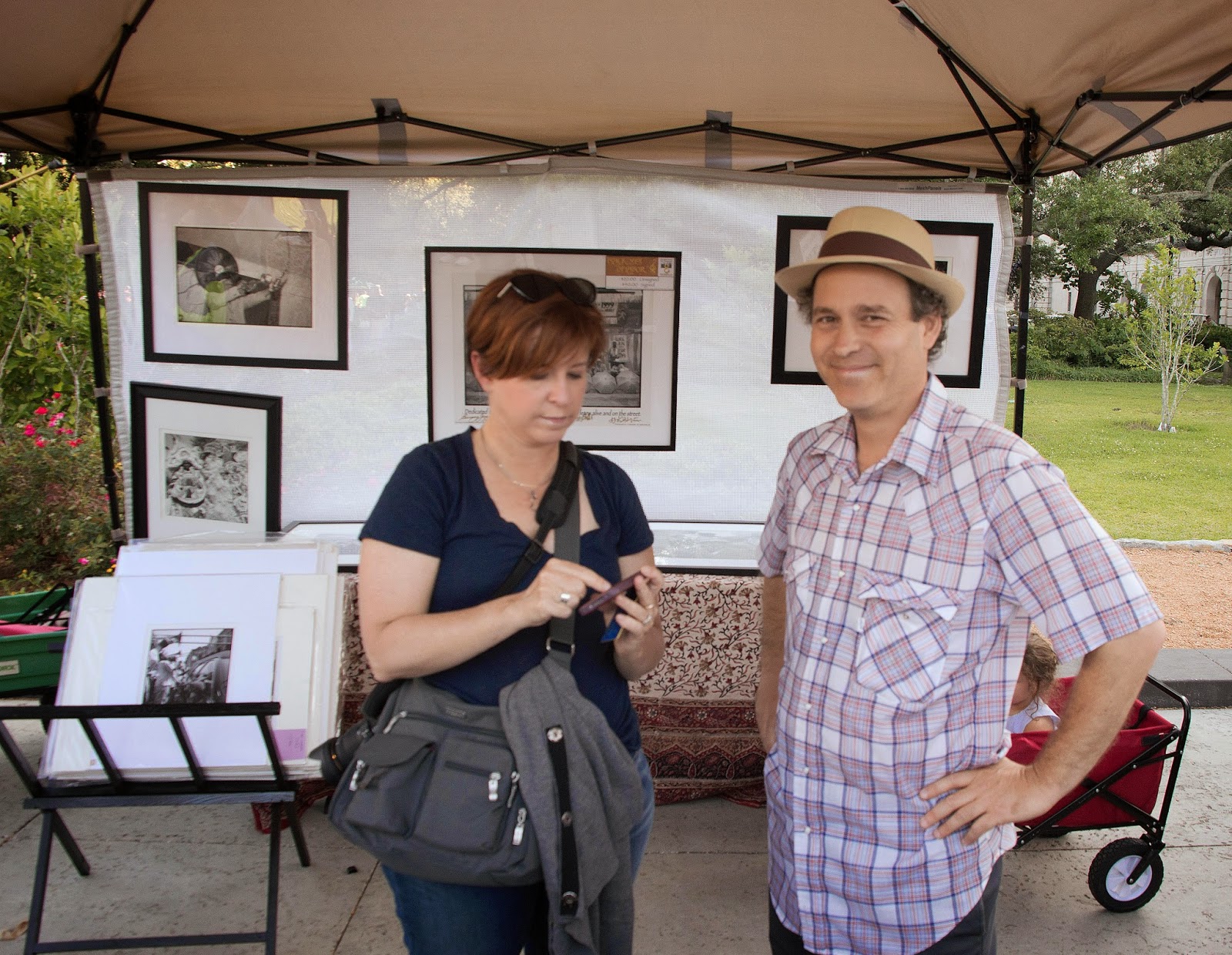 The big event of the evening tonight is a vampire tour led by Lord Chaz.  Whenever you participate in something like this, you never know what you are going to get.  Well, we got a fine actor and comedian buried in his character who looked the part.  He led us on a wonderful tour going full blast the whole two and one half hours. 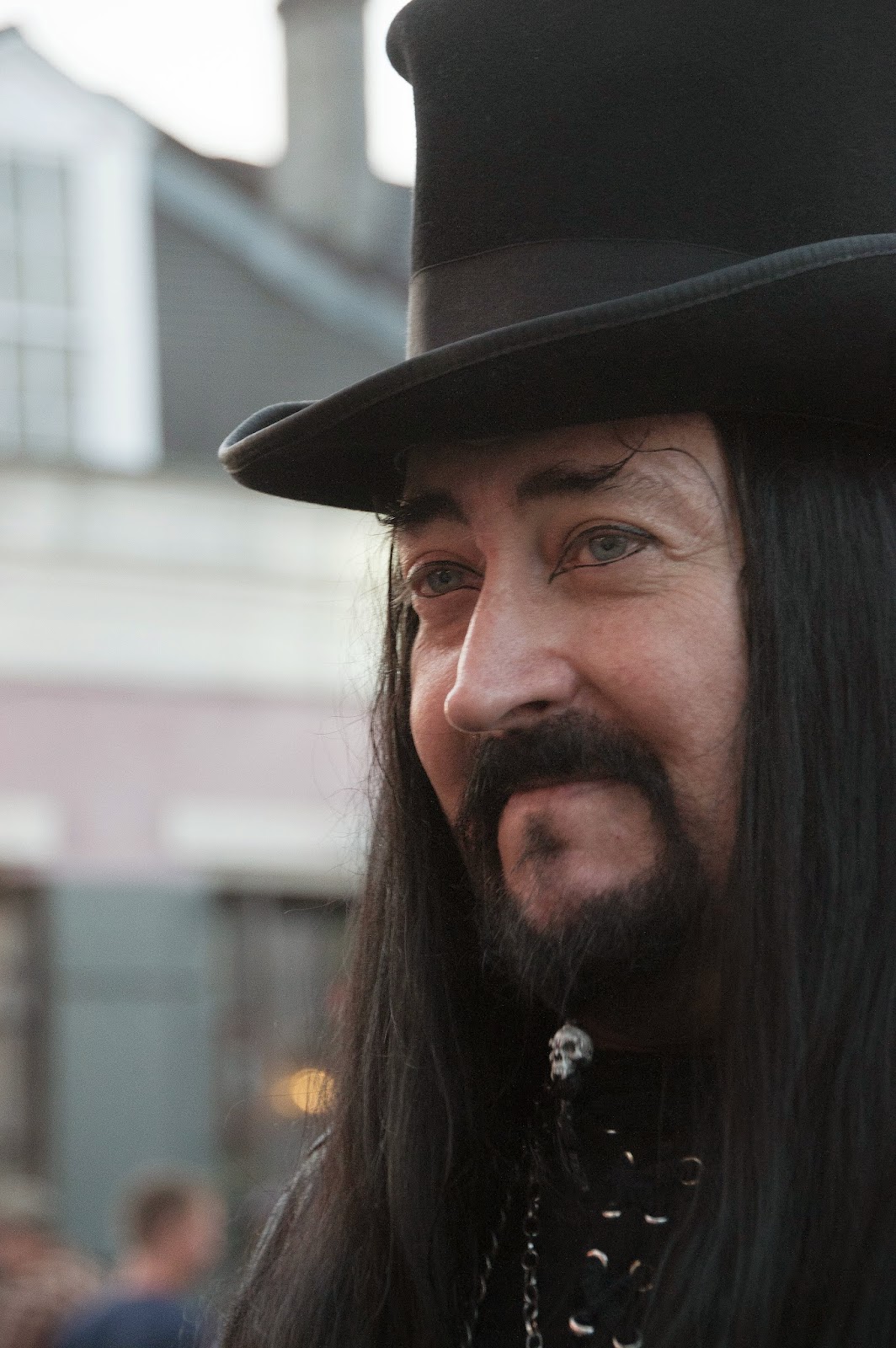 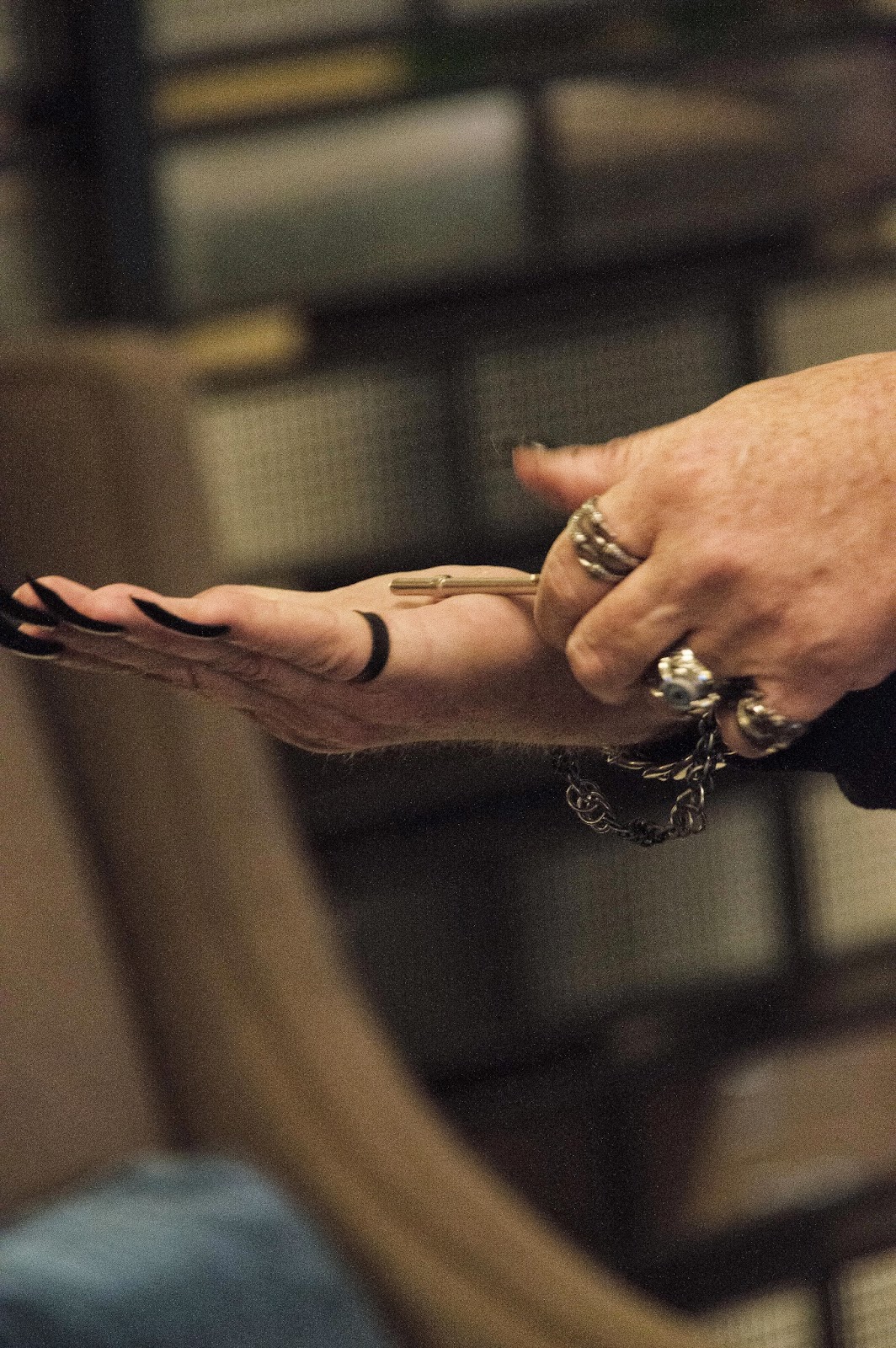 Before leading us into the streets, Lord Chaz did a few vampire tricks for us that included making a key roll in his hand and stopping the flow of his blood.  Yup, he did.  Then we hit the streets for the tour. 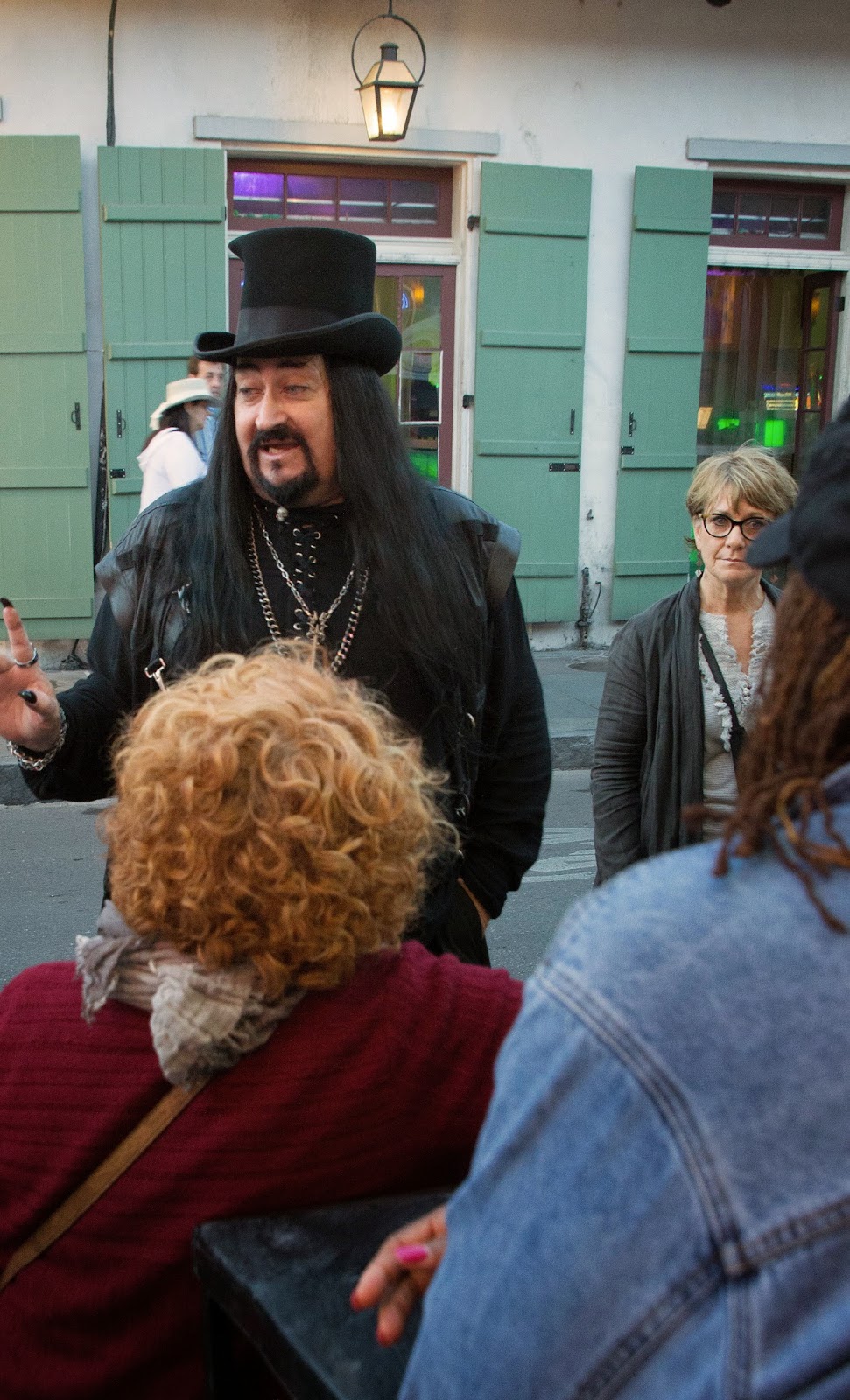 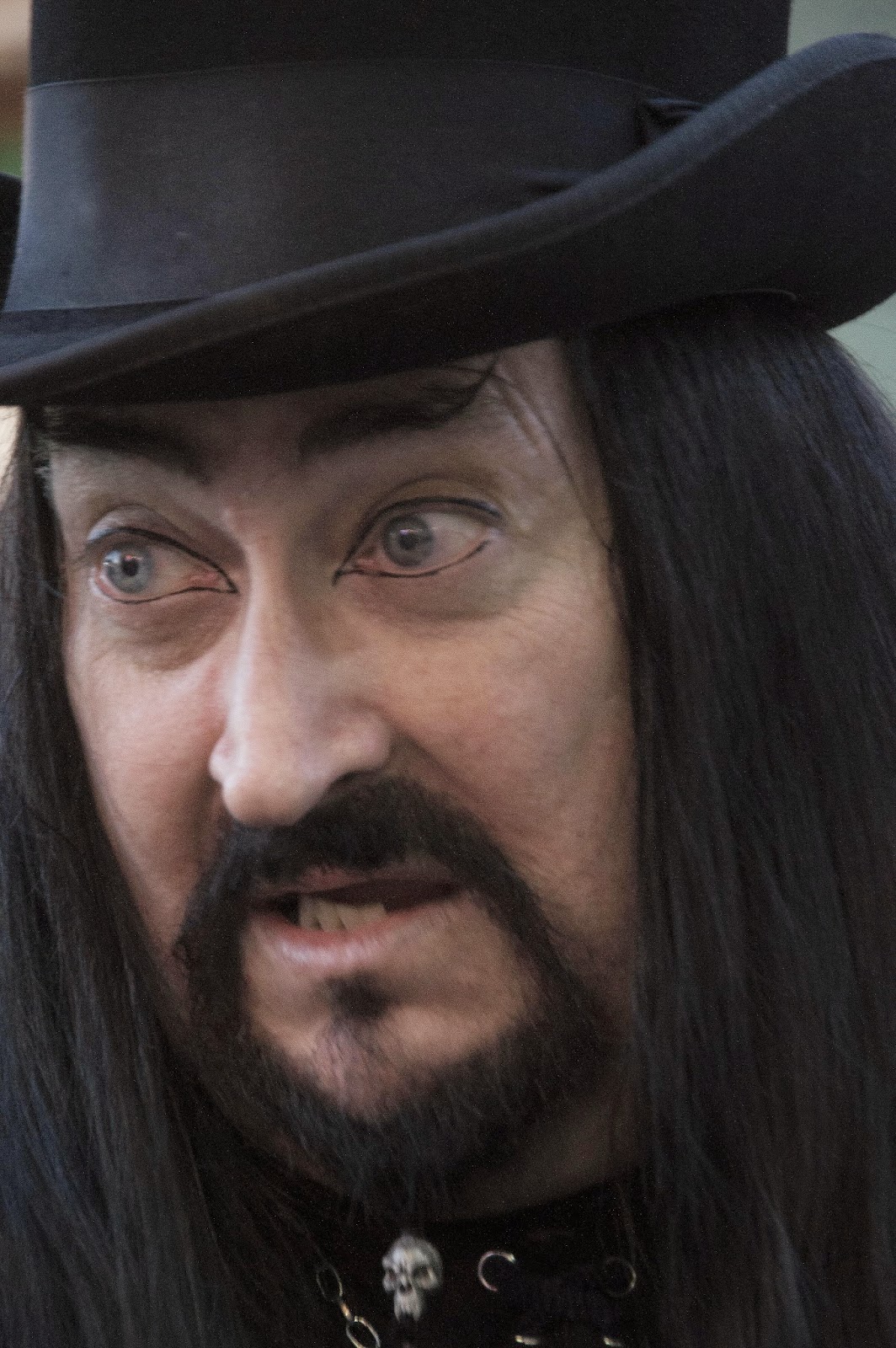 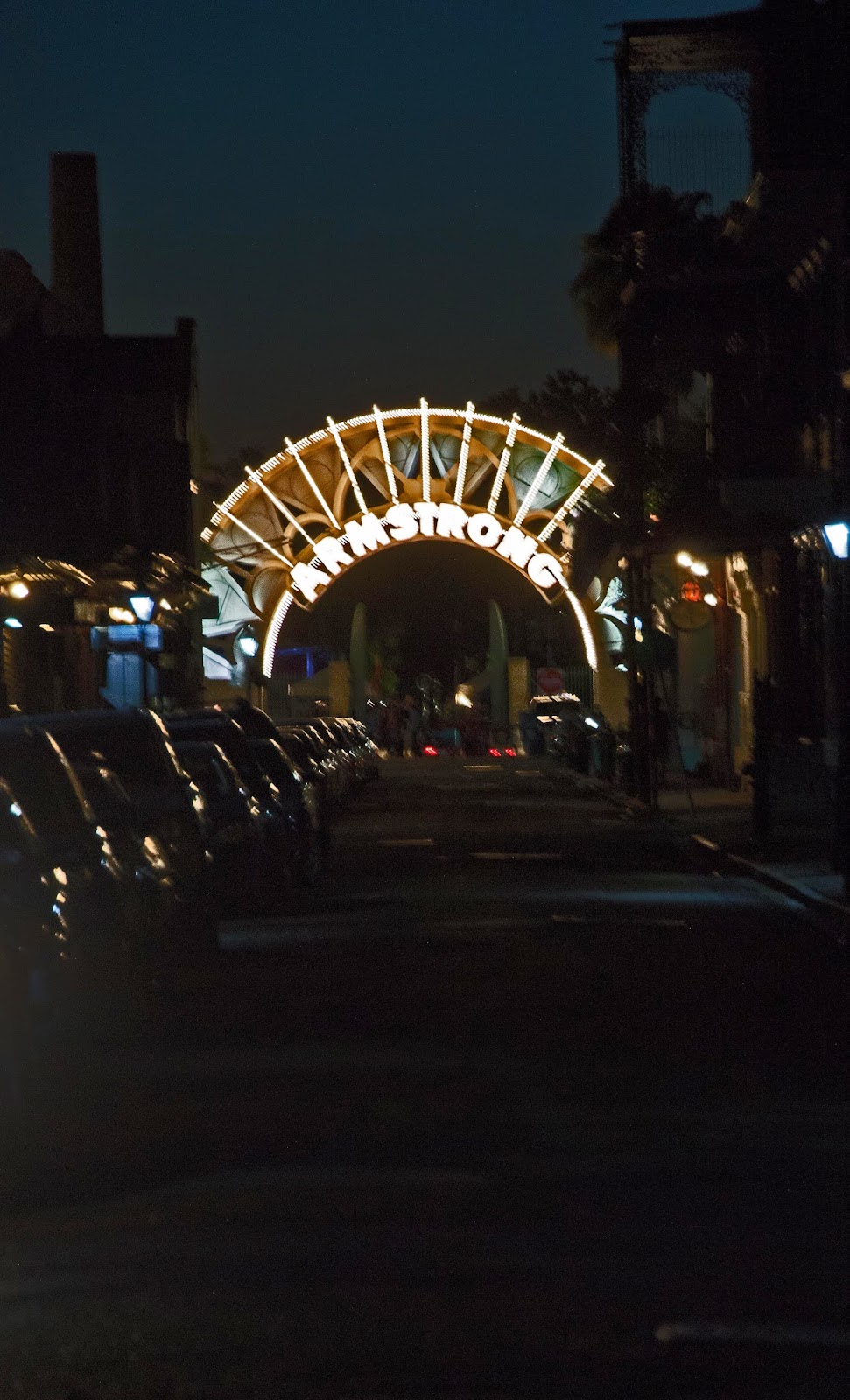 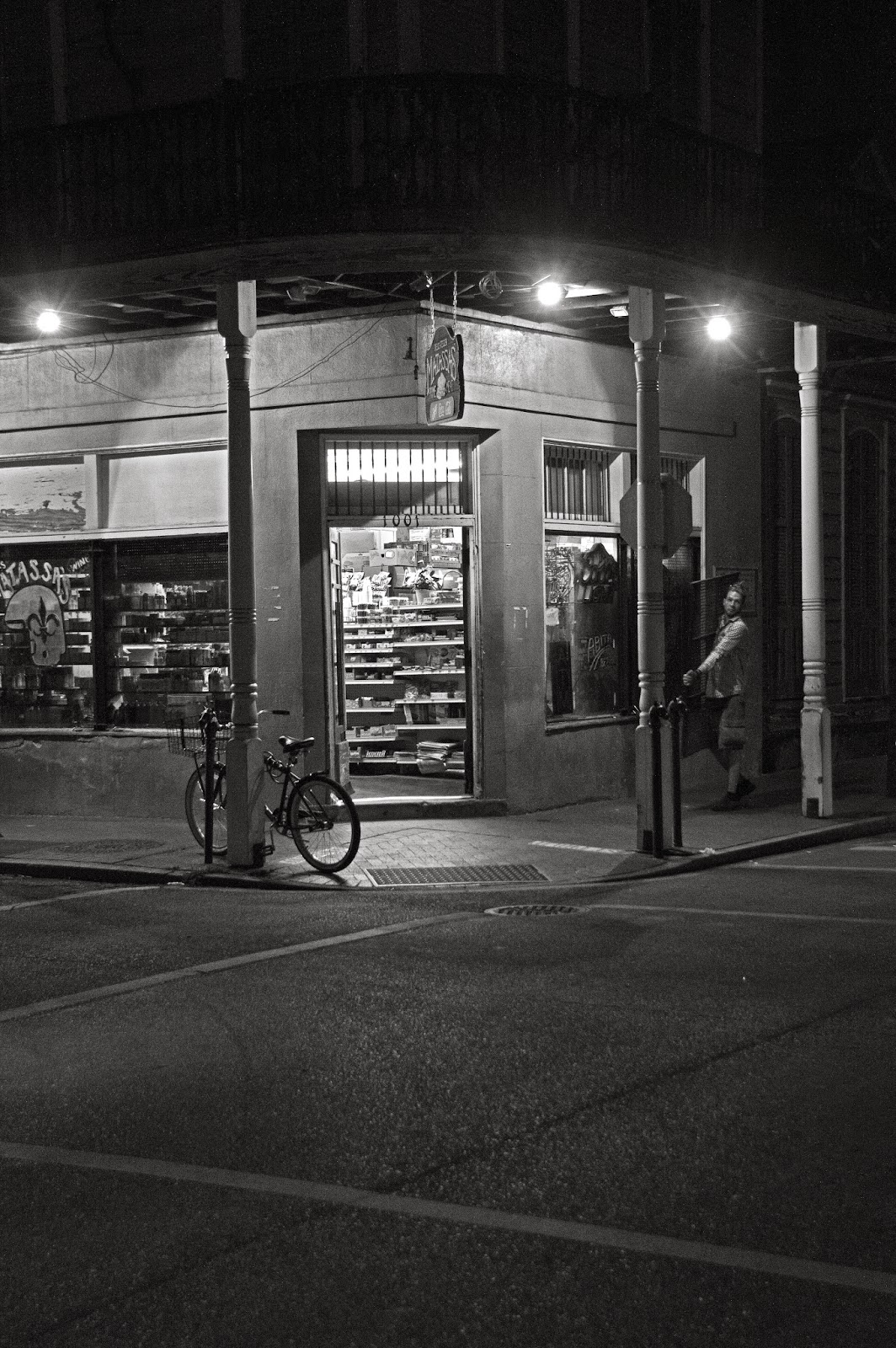 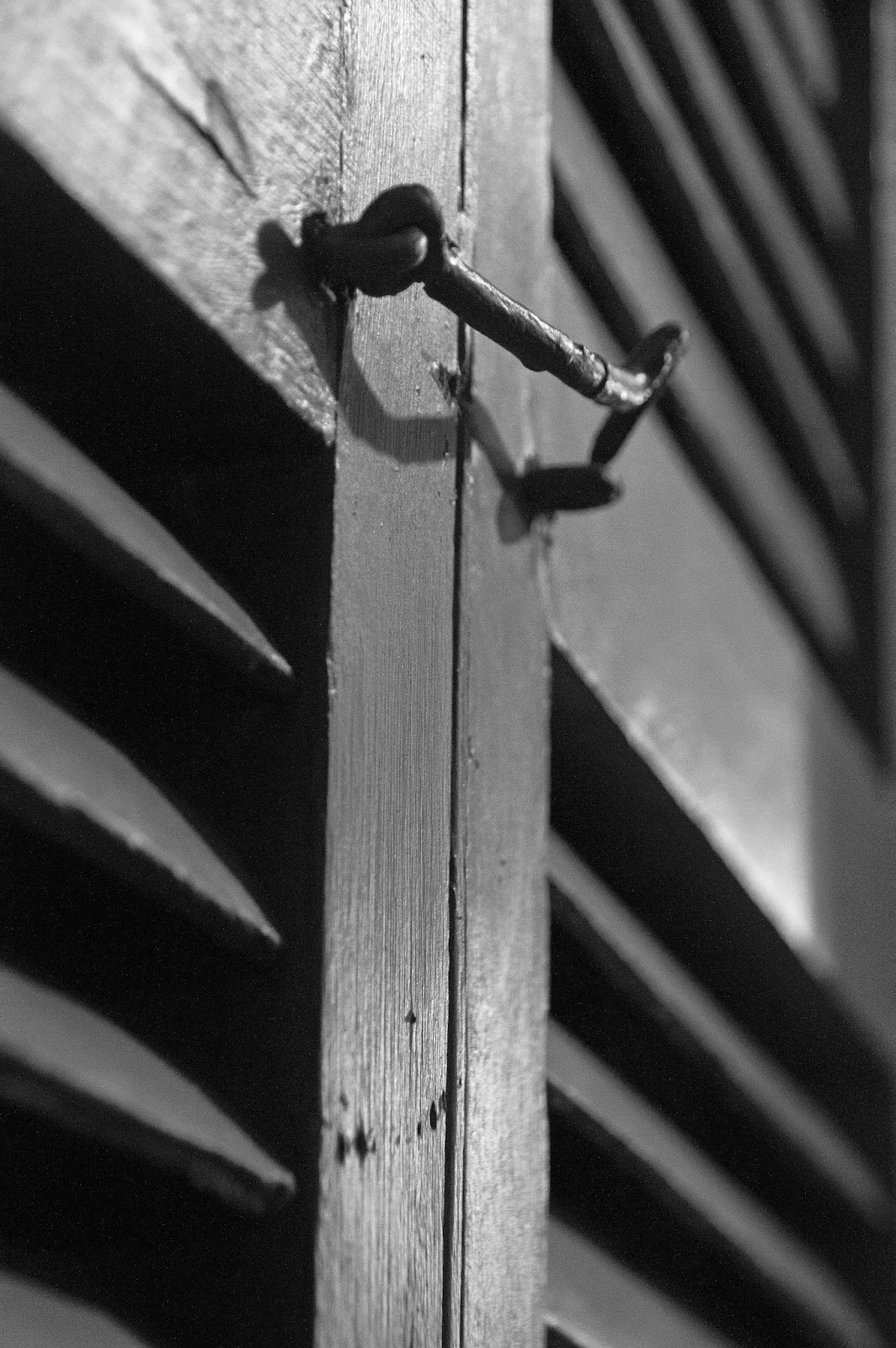 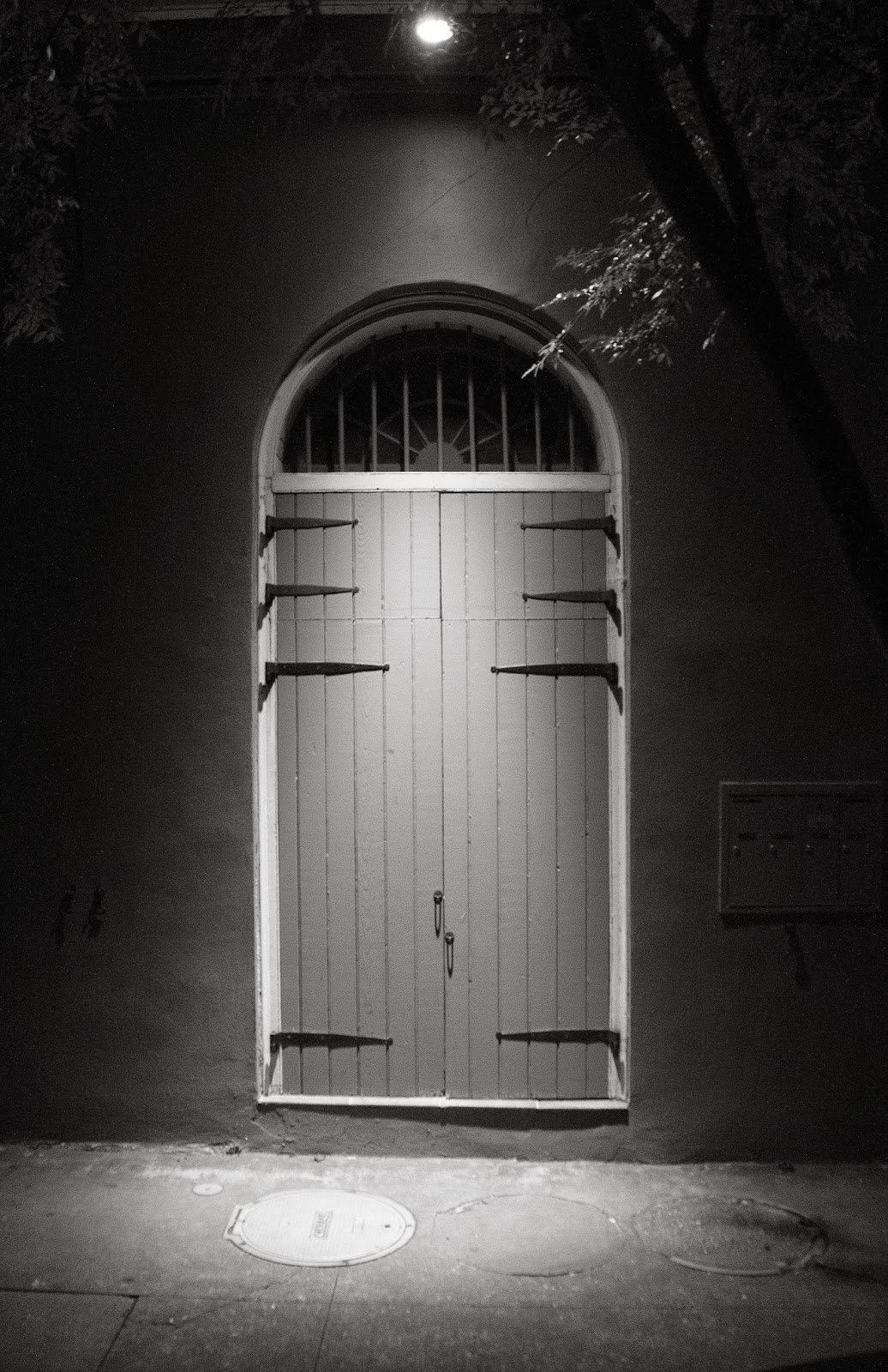 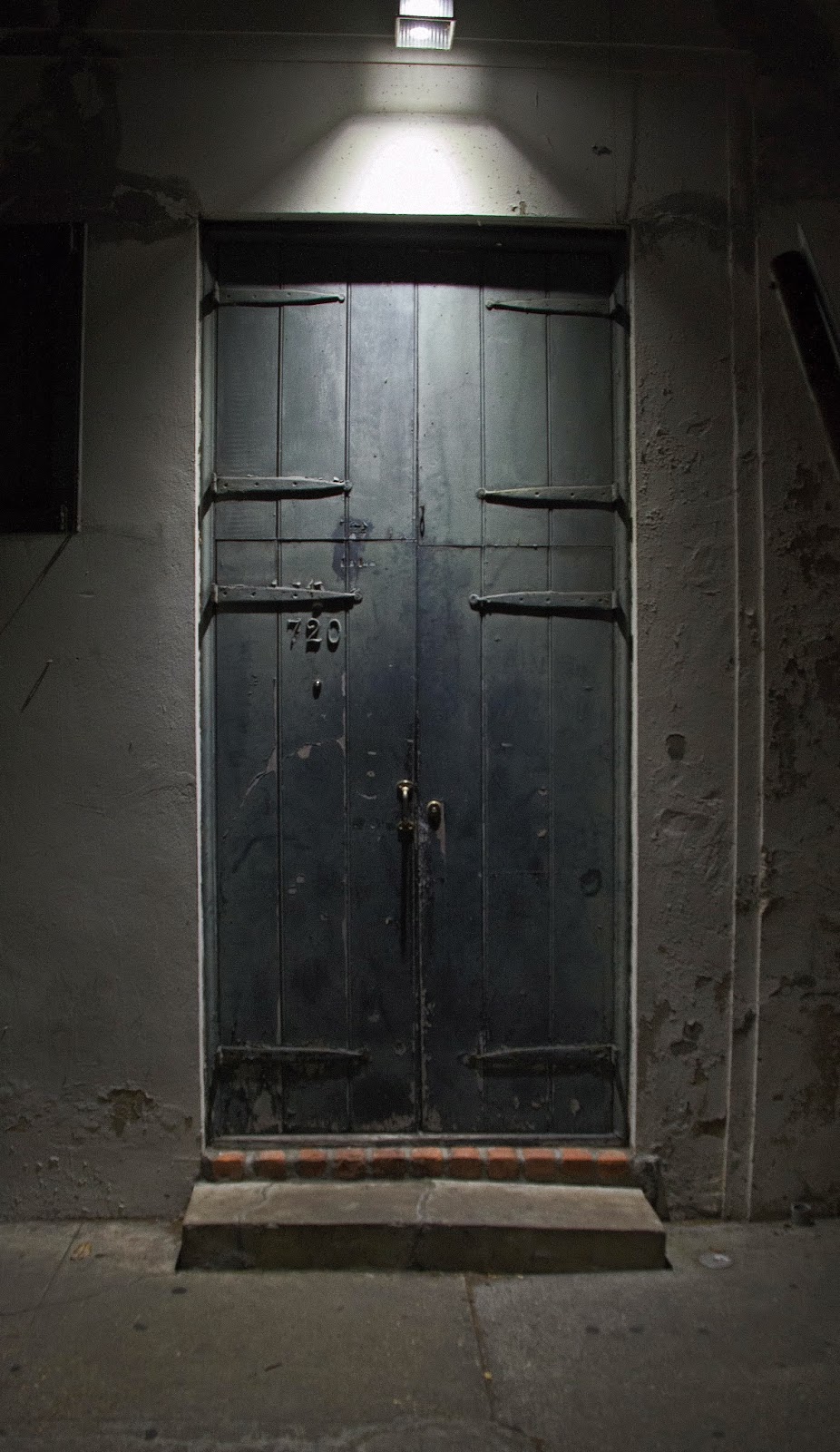 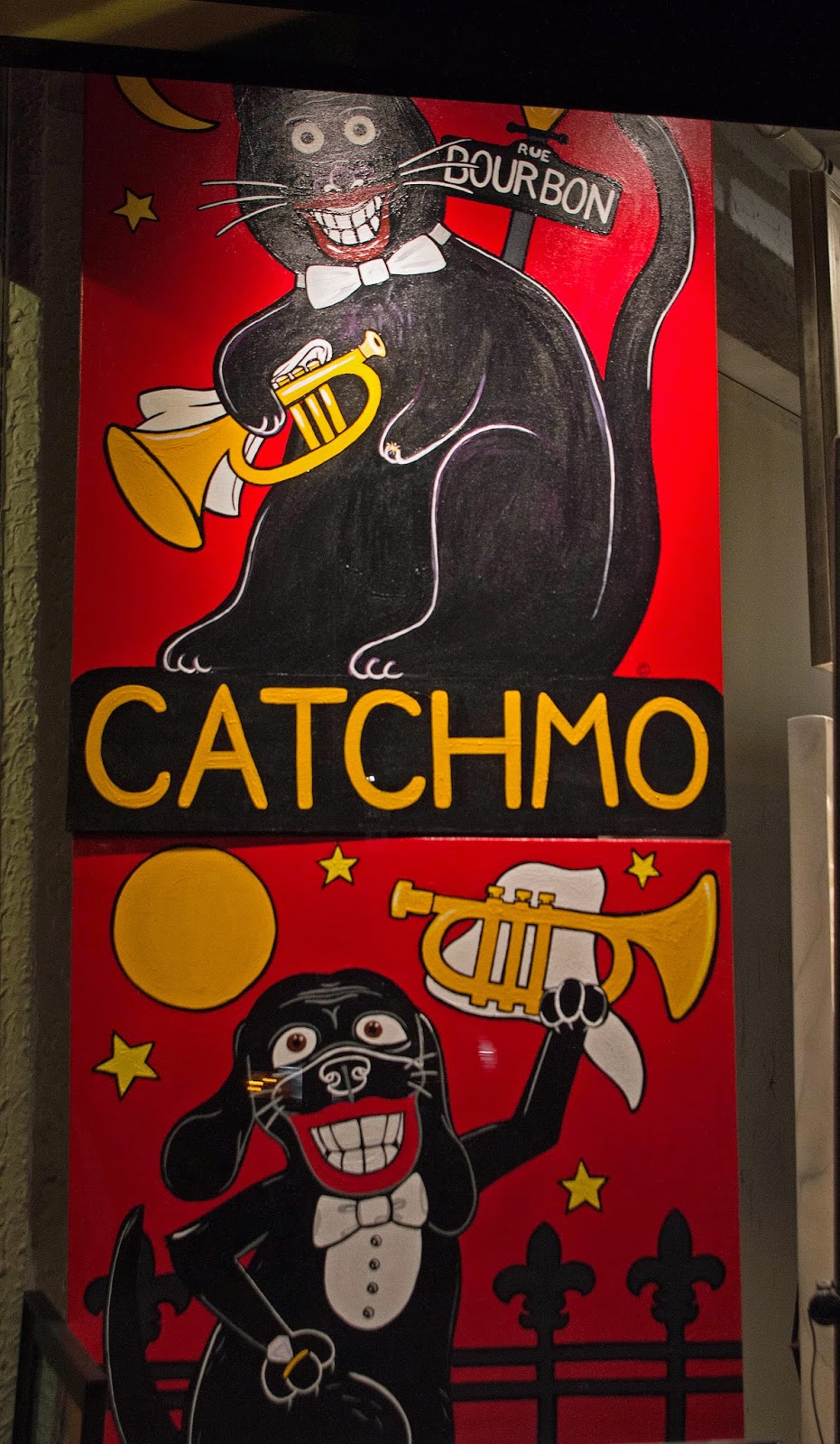 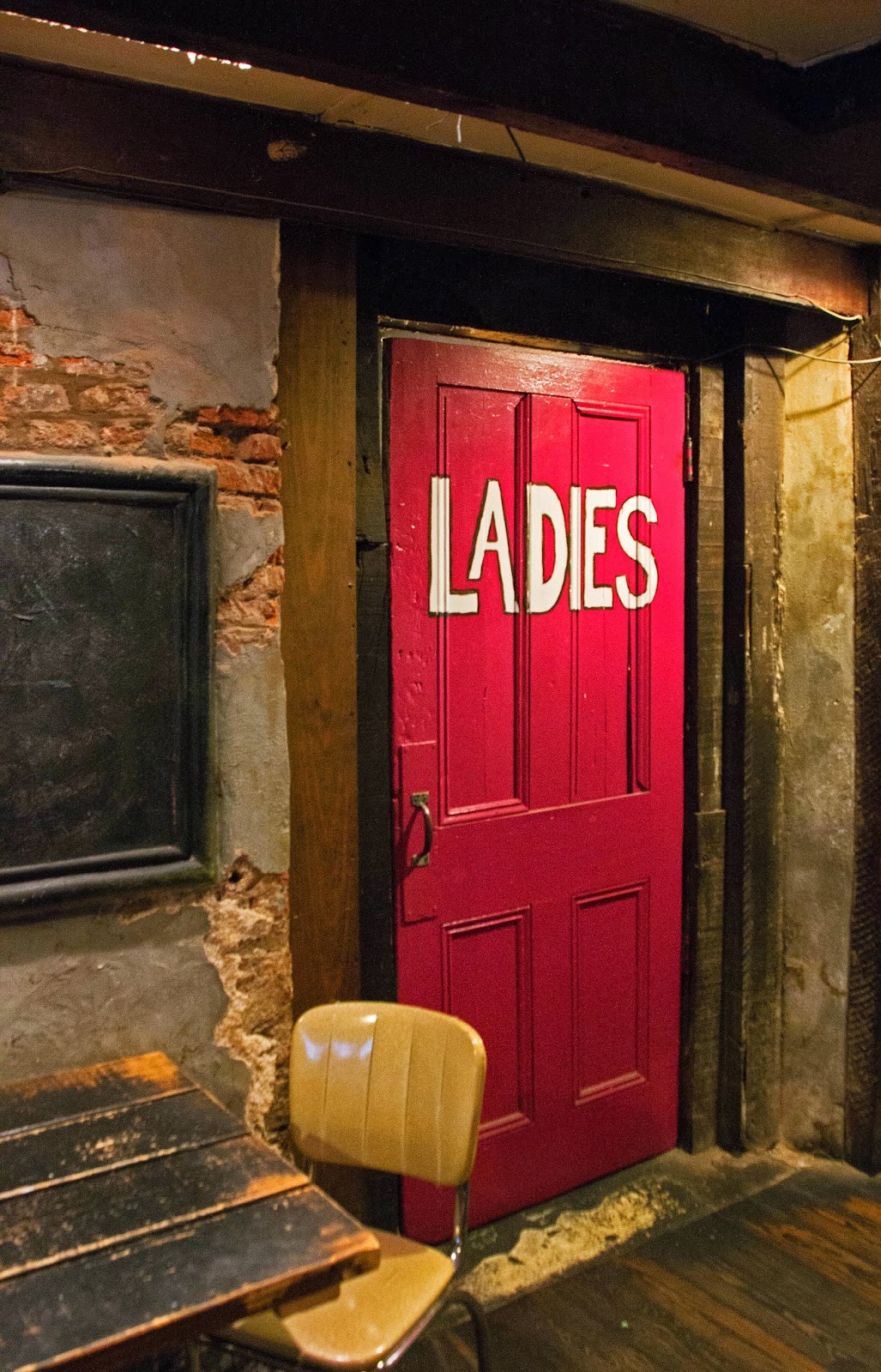 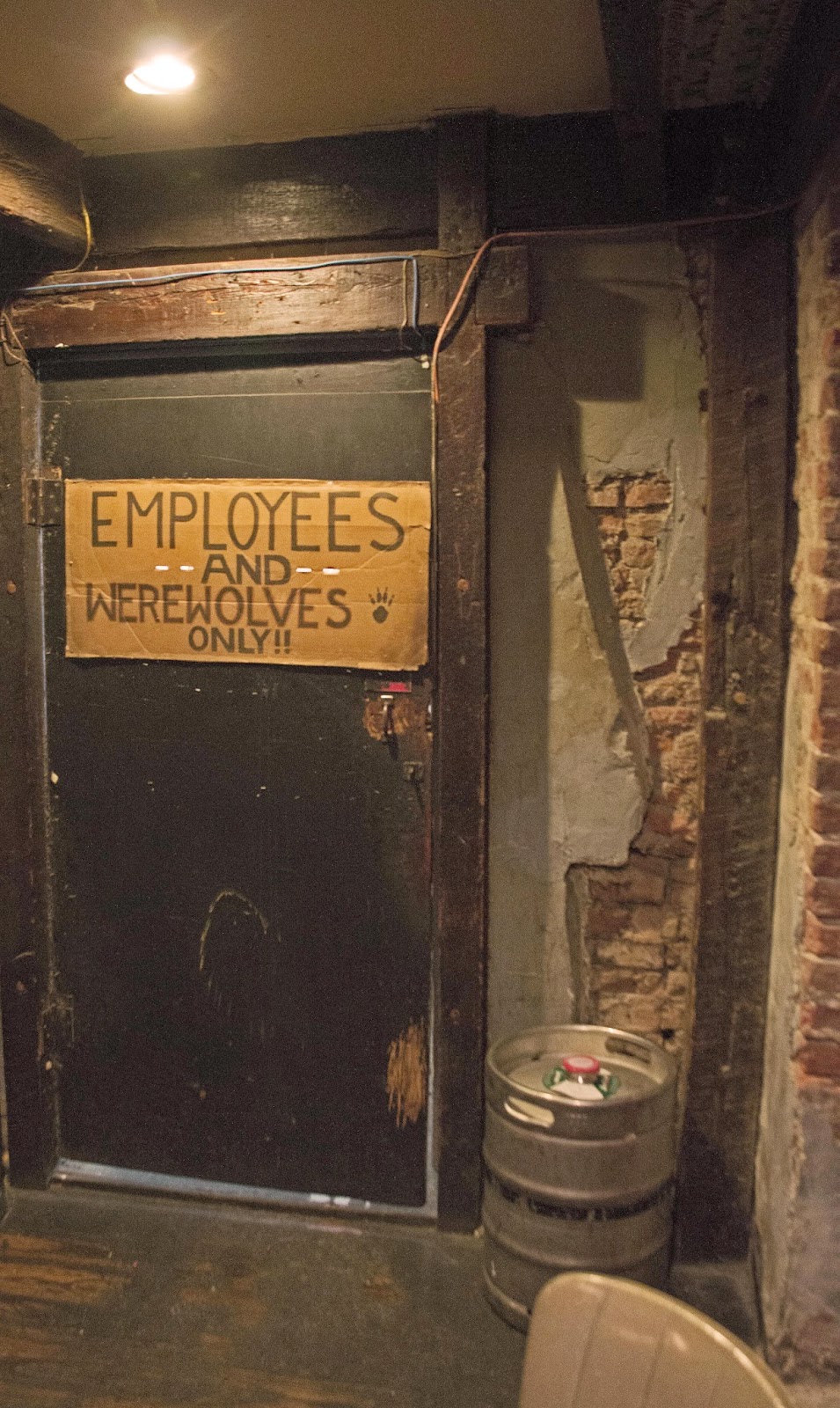 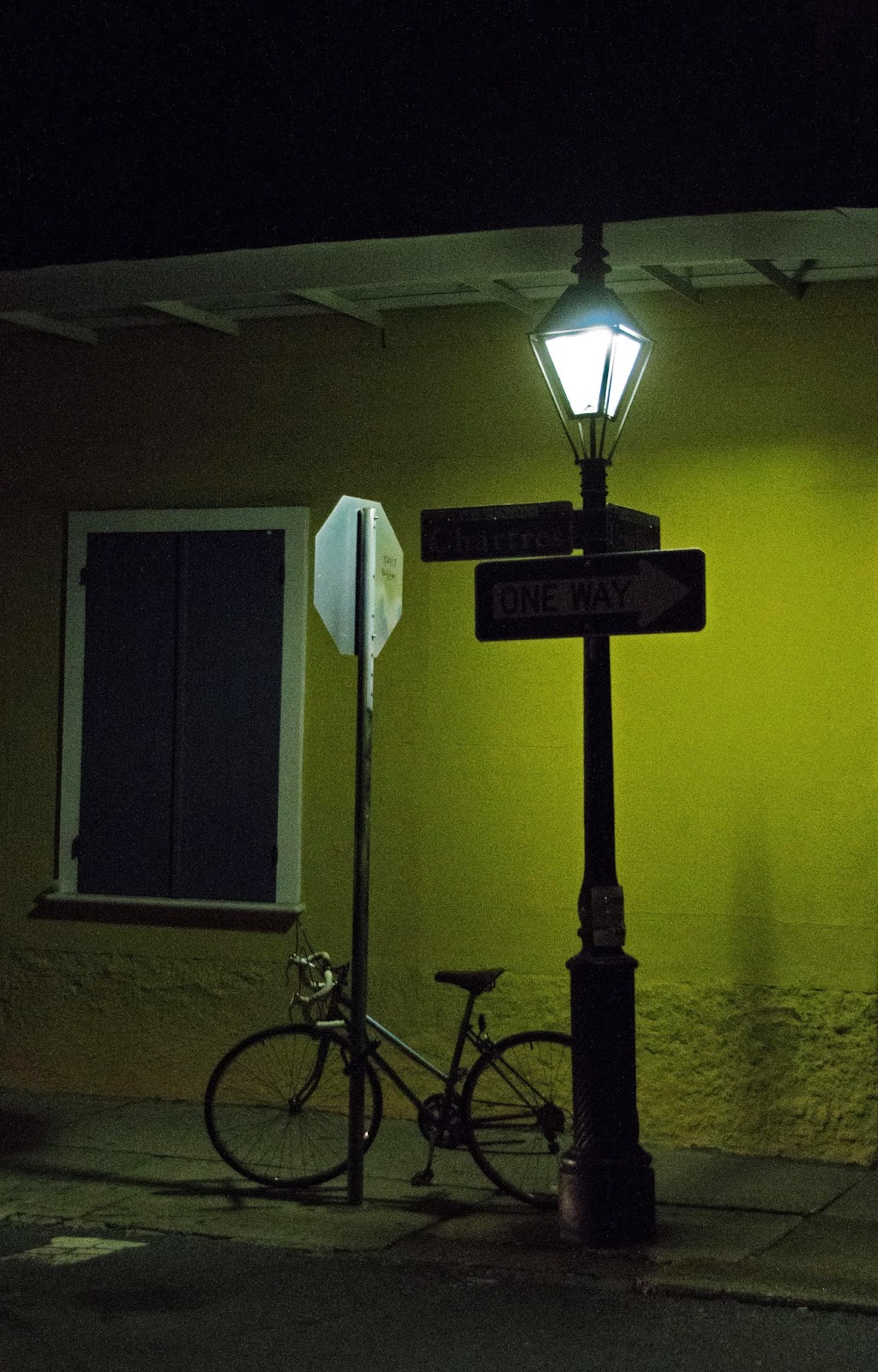 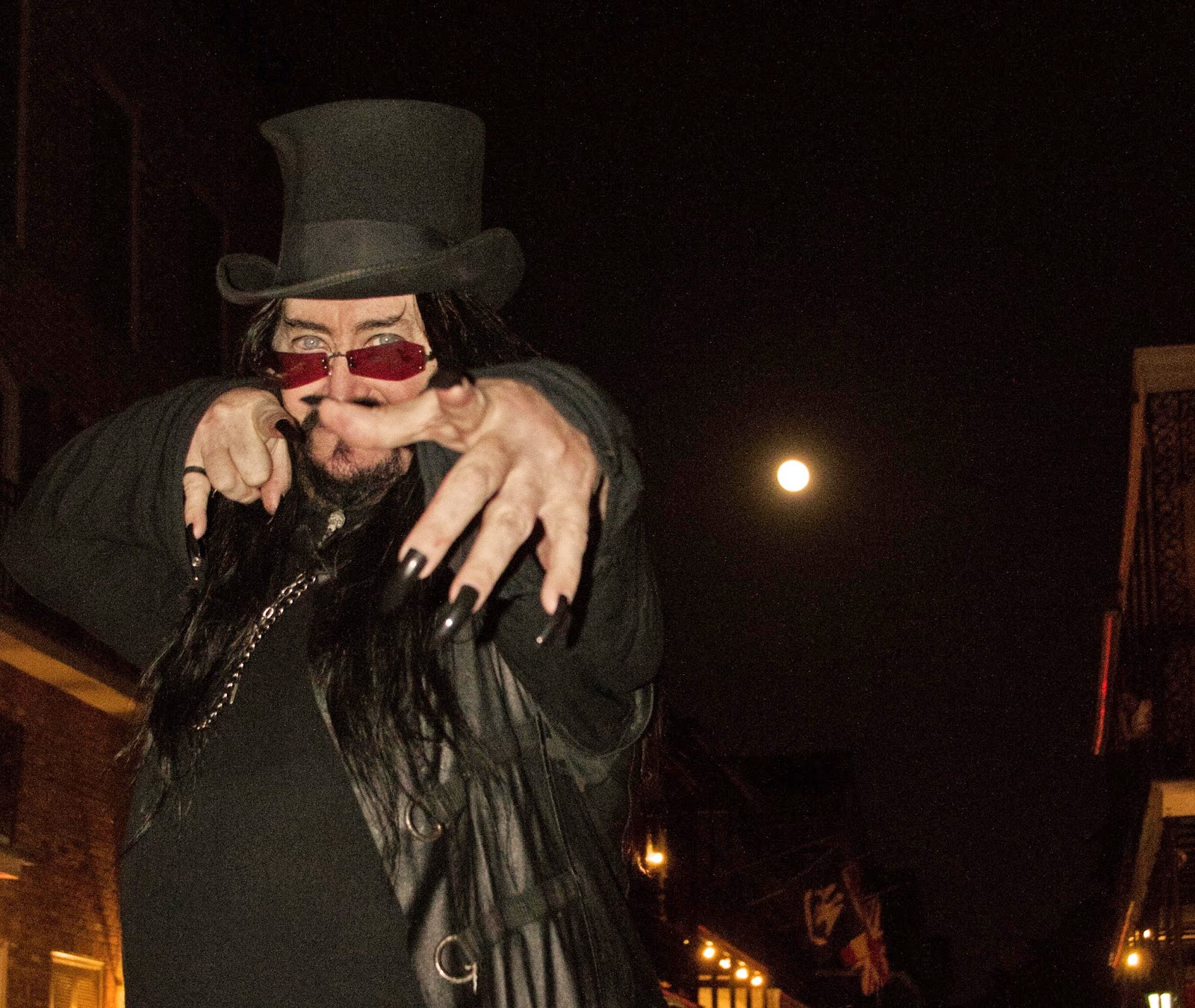 And because being led around NOLA after dark by a vampire is just not enough for some people, I worked in the workshop until 1:30 with KD, Keisha and Sue.

Posted by gary warren niebuhr at 10:34 AM