50 Modern Artists I Should Know

I just read 50 Modern Artists You Should Know by Christiane Weidemann and Christine Nippe (Prestel, 2010, 9783791344706) which is a fascinating book that, albeit briefly, covers fifty great artists whose lives prove as interesting as their creations. 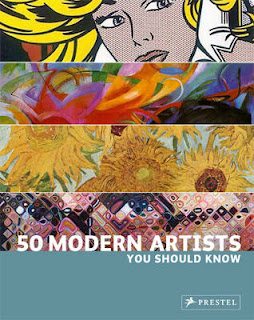 While I was familiar with many of the artists, even if just by name, there were some who proved especially interesting to me because of my relatively new interest in assemblage.

The first who drew my interest was Jasper Johns.  Mostly know for his flags, he also has created a few cool pieces that appeal to me as inspirations. 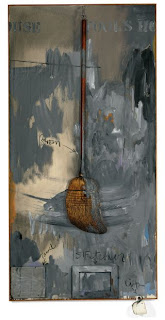 The Fool's House was reminiscent of a photo I took when I was in Beijing in 2006.  Jasper's piece is called Fool's House and has great use of color.  I would like to replicate this piece using objects. 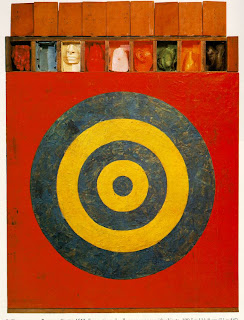 I also really like the possibilities in building a structure based on Target with Plaster Casts.

Another revelation was how the bizarre works of Francis Bacon now relate to the art I want to make.  The sensibilities he showed in his work reveals the torments of being human, a goal that I have for my work as well.  Here are some examples. 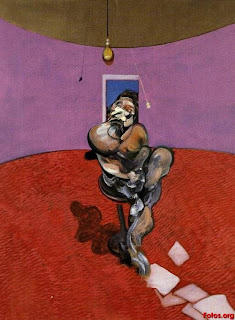 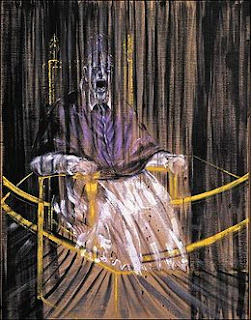 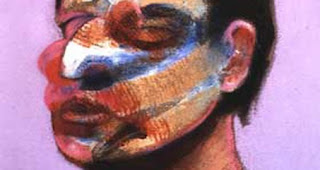 The last artist who blew me away in this book was Anselm Kiefer.  I was totally unfamiliar with his book creations and, although they are huge, they really are going to inspire some efforts in the book arts field by me.  If only I could make things this big-- 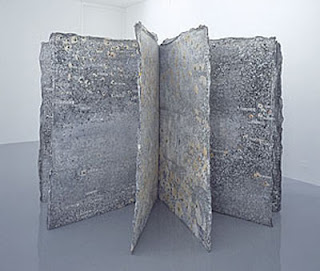 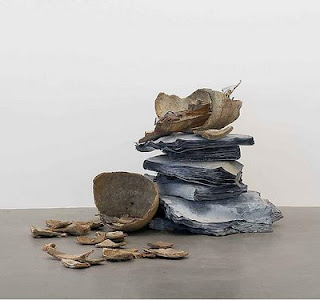 This is as great book, fun to browse, and well worth spending the time to review the efforts of these artists.
Posted by gary warren niebuhr at 8:07 PM