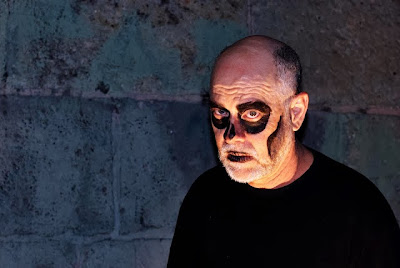 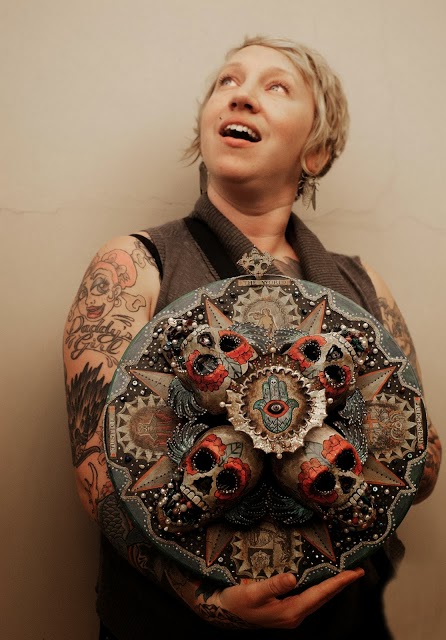 My friend Jessie McNally is a superior artist and she has a unique way of incorporating the colors and styles of Dia de Los Muertos into her found object paintings.  Here are some examples of her work that I really really really like: 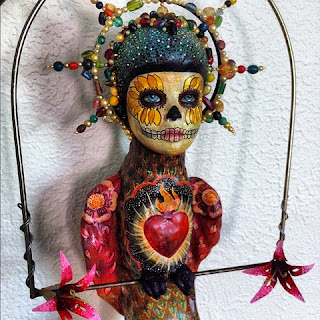 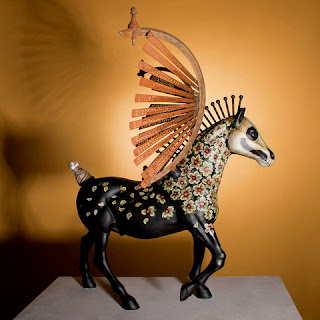 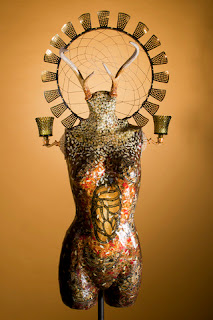 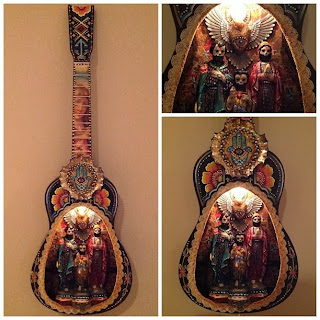 This is the kind of art you can look at over and over again and keep seeing new things.  Stunning is a word that does not mean enough around this art.

Ever since I have seen what she does I have been thinking about taking a whack at it (knowing full well that I am not the painter that Jessie is).  But when has a lack of talent ever stopped me from doing anything?  After all, I spent ten years in Community Theater.

At some flea market somewhere I picked up this Catholic wall hanging of the Madonna for $2.00 American. 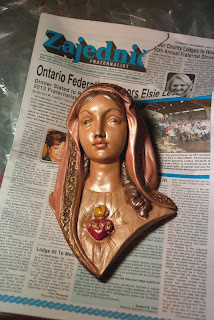 Job one always when tackling these slick surfaces is to lay down a base coat of something so that the paint has a surface to stick to.  In this case, it was multiple layers of Elmers glue. 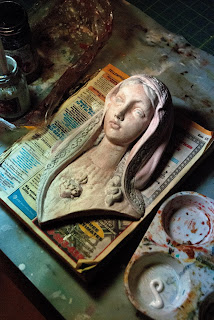 Next up, a generous coat of gesso. 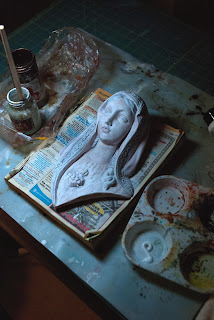 Having no idea how to face paint a Dia de Los Muertos face, I turned to the Internet and YouTube.  The tutorial I found most useful was by Natasha Kudashkina.  Her very easy to follow video with step by step instructions got me to where I was able to tackle my piece with peace of mind. 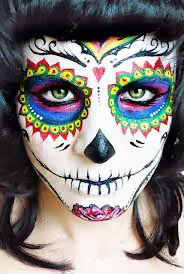 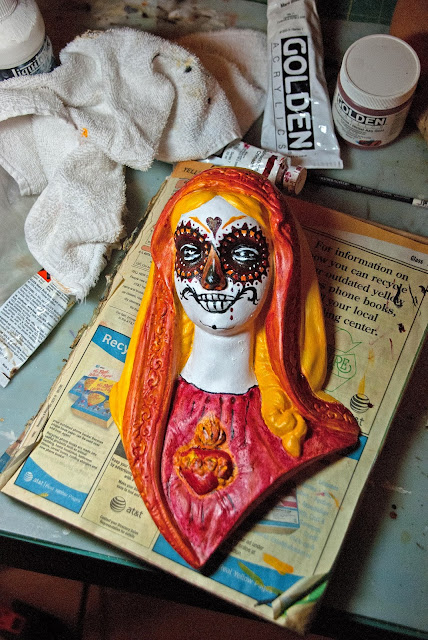 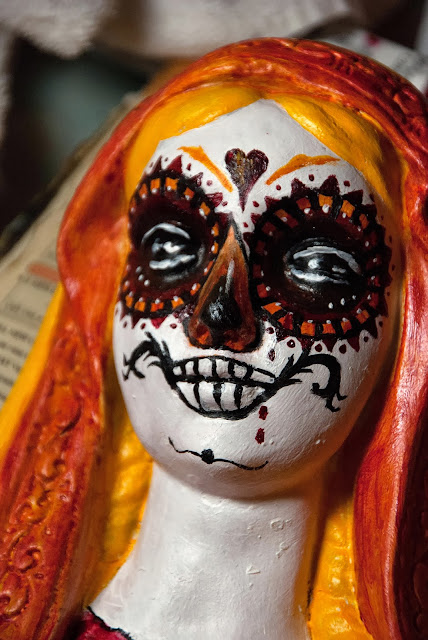 Then, as it always happens with me, I say, "So..."  And then I run to the basement to assemblage this babe up.  I started with a cool old box I had. 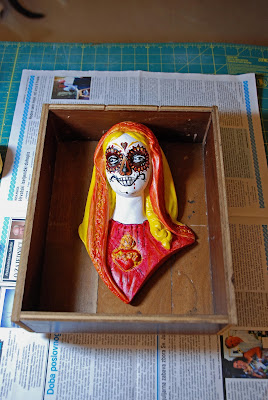 Then I textured the inside of the box with caulk.  Some nails were added. 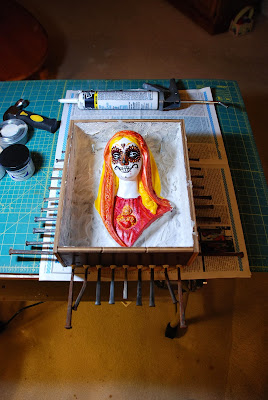 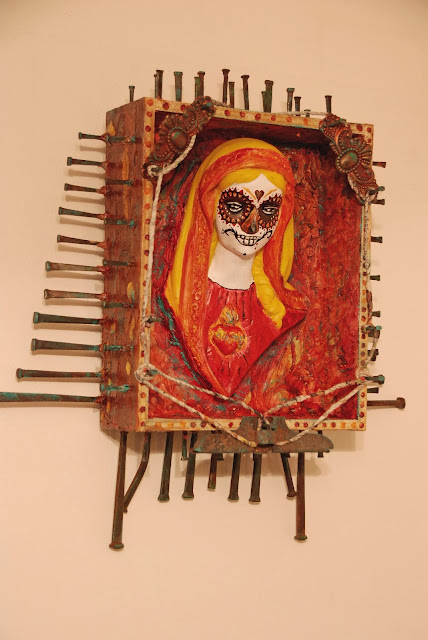 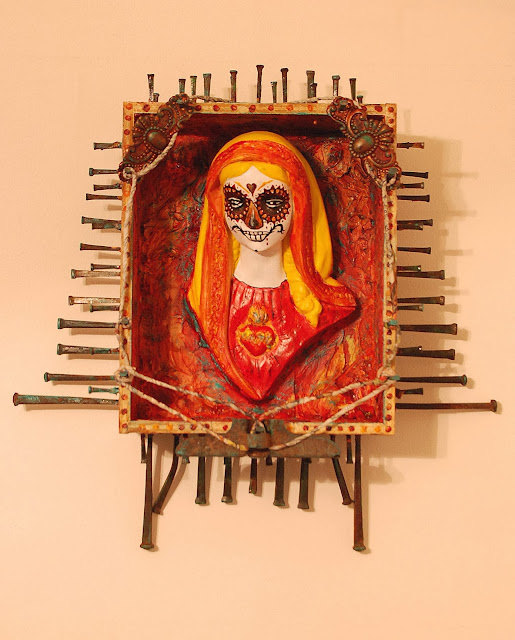 After $20 worth of stuff and 8 hours worth of work, I had Dia de Los Muertos Madonna.

With a big thank you to Michael de Meng and Jessie McNally.