When I was picking up my two pieces that had been exhibited in the previous show, the Annual Members' Show, I had a chance to speak with Center Executive Director Gary Tuma.  Gary mentioned that the upcoming Dia de Los Muertos show matched my art and they like to have some member involvement with art to dress the walls around the featured exhibit:  the ofrendas built for the annual event.

I boldly asked if the show would be interested in any of my gazillion photos I took while on a trip to Oaxaca during Dia de Los Muertos to study with Michael deMeng.  Gary Tuma gave my website address to the curator of the show, Juan J. Lopez, who selected the four photos below: 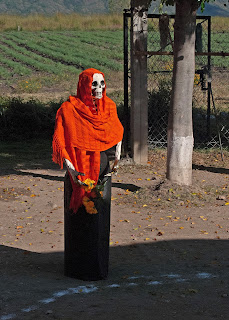 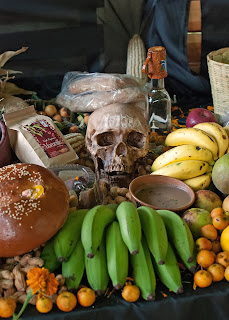 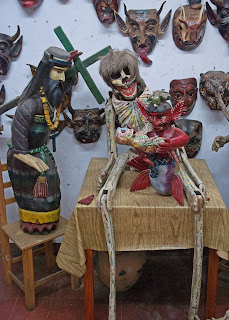 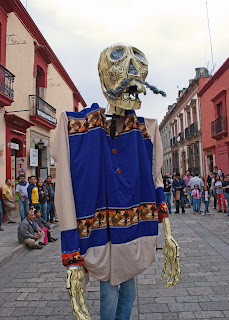 Under terms of full disclosure, I balked at the idea of submitting these photos.  They might represent Dia de Los Muertos well but they don't do much for me except for the shot of Jesus wondering over the devil child.  That photo I like because it has a theme.  Theme is important to me in a photo or it just becomes a snapshot. 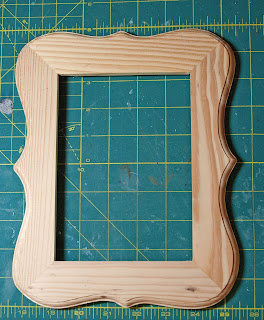 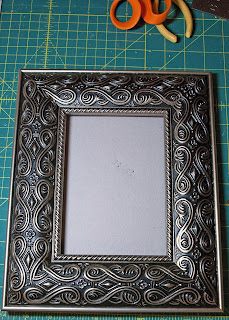 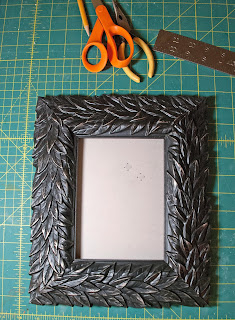 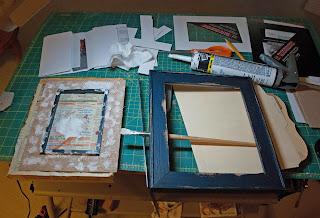 And then I assemblage the crap out of them.  The series is called Oaxaca Quadriptych.  This one is Numero Uno. 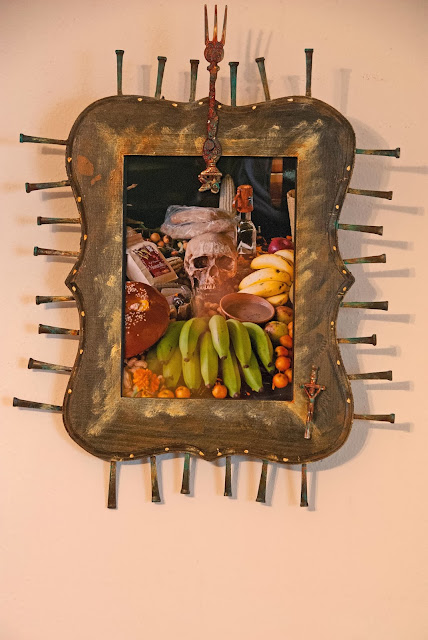 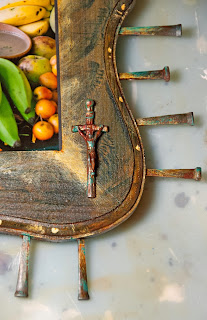 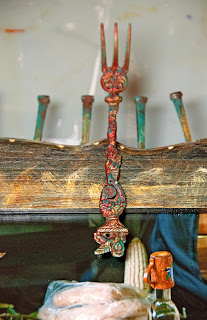 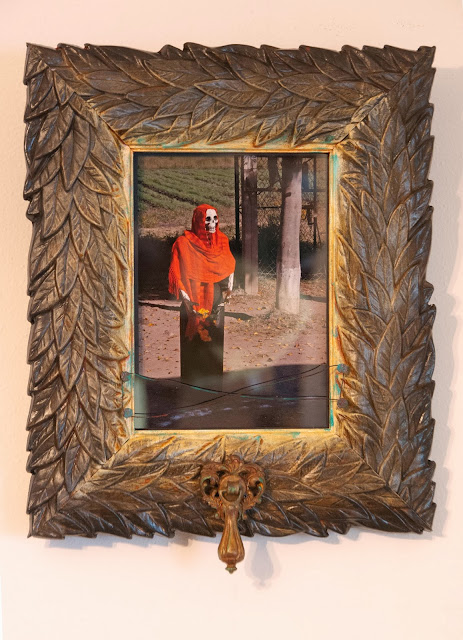 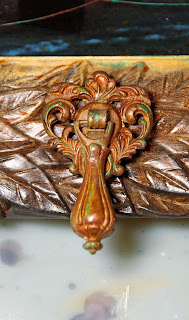 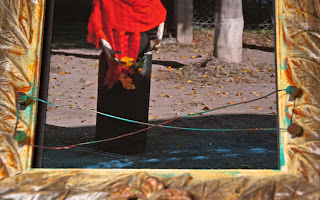 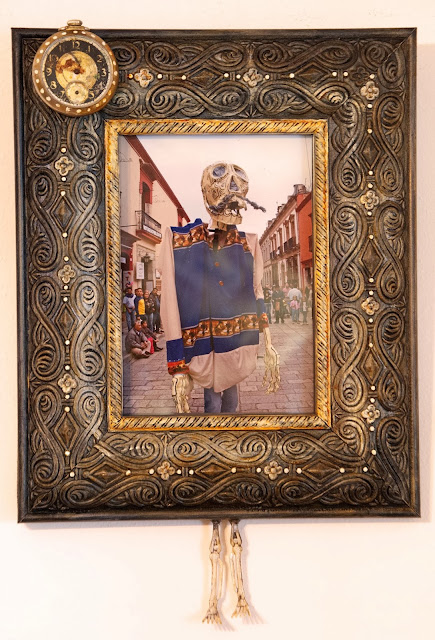 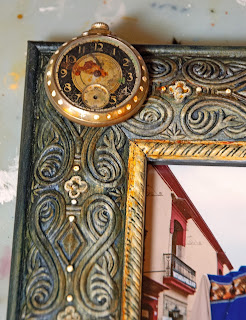 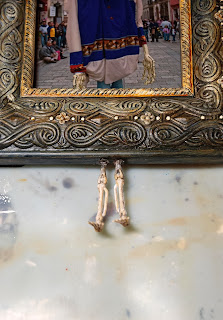 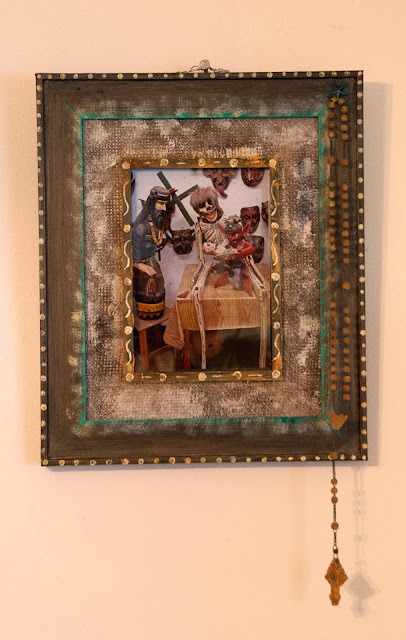 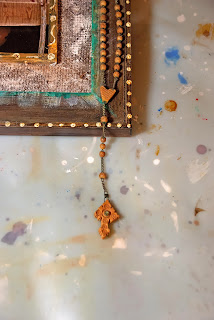 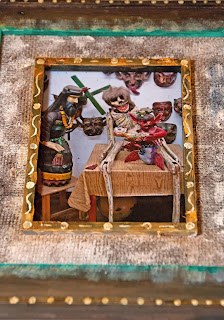 Now I am happy.

I am hoping if you are in the Milwaukee area you will consider stopping by the Walker's Point Center for the Arts for their 21st annual Dia de Los Muertos show.  The opening of the show is this Friday, October 18th, from 5 to 9 p.m.
Posted by gary warren niebuhr at 7:46 PM