Back on August 28th, Doug Gelhaye, fearless leader of a Facebook assemblage group I belong to called Assemblage, Found Object & Mixed Media Artists said, "In the tradition of artist trading cards, what would you say to creating small, simple, mini assemblages to trading among our members? I have never done the ATC thing, but could someone kick in some ideas as to how this would work? I'm talking something that would only take a couple bucks to ship."

As this is the group's first attempt at a trade things are a bit challenging to get organized.  But I like these types of challenges to my creative juices, so I jumped right in. 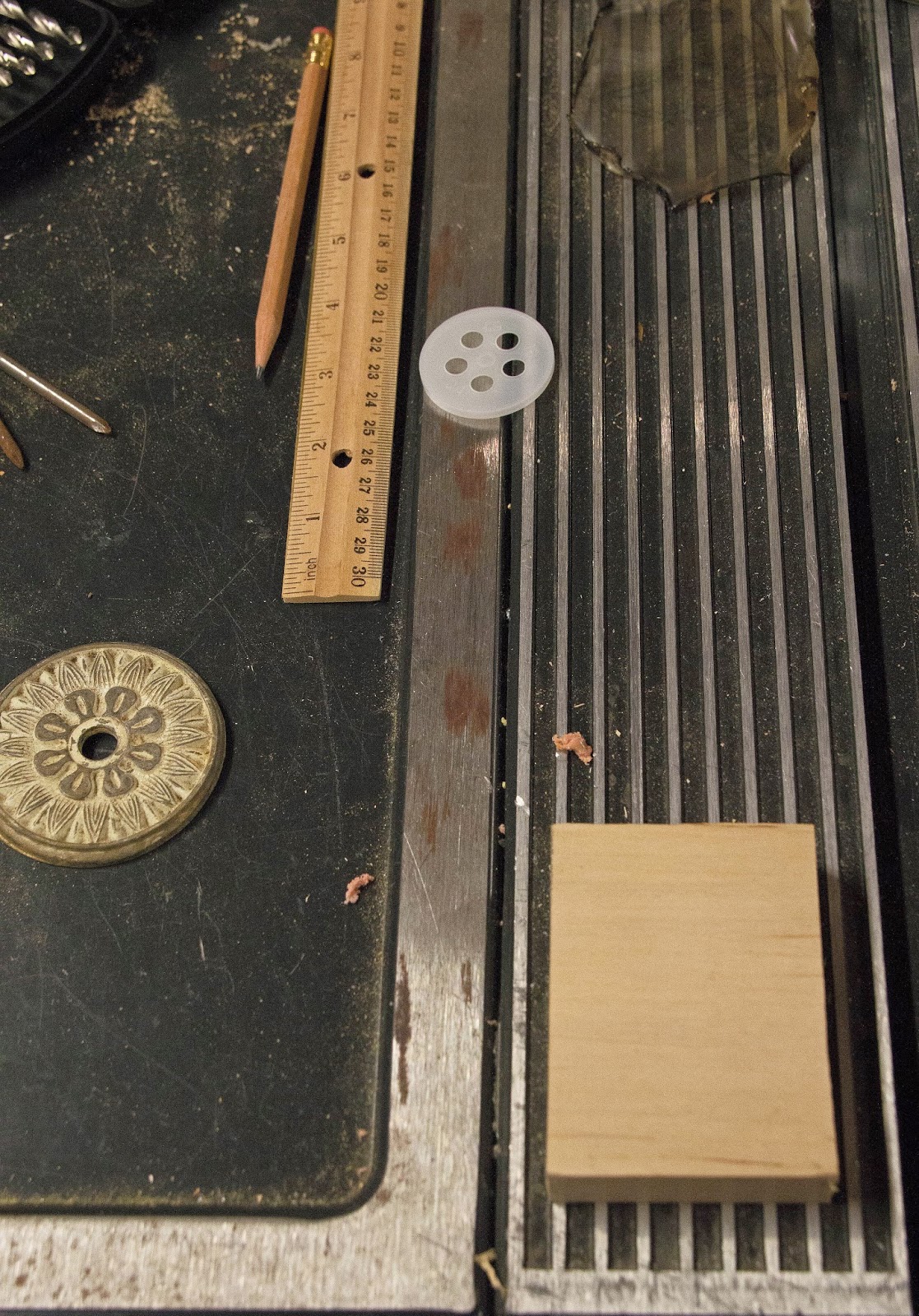 I wanted a central core piece so I drilled a hole for a support bolt.  Then four holes went into the board for some 3" nails. 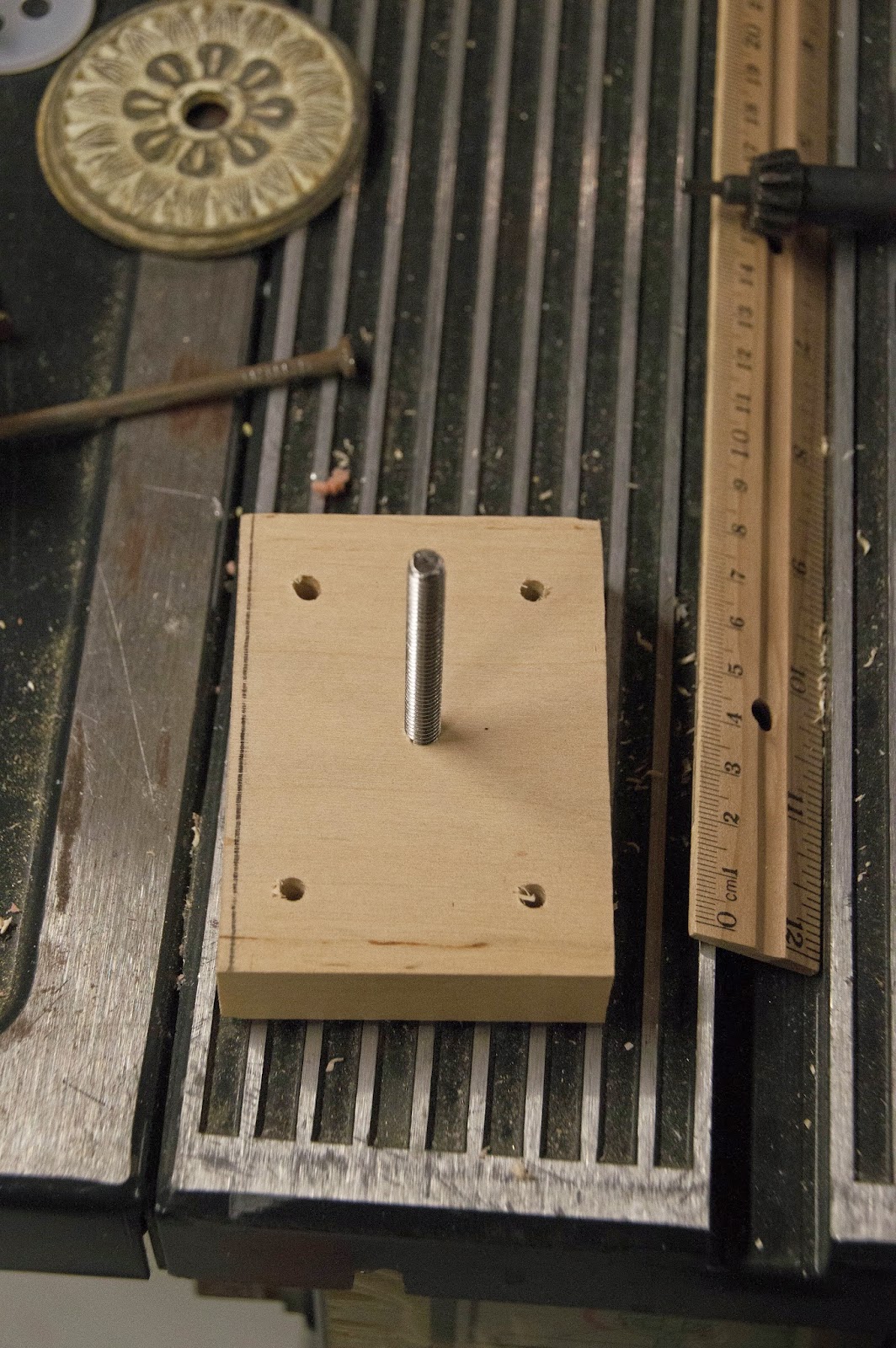 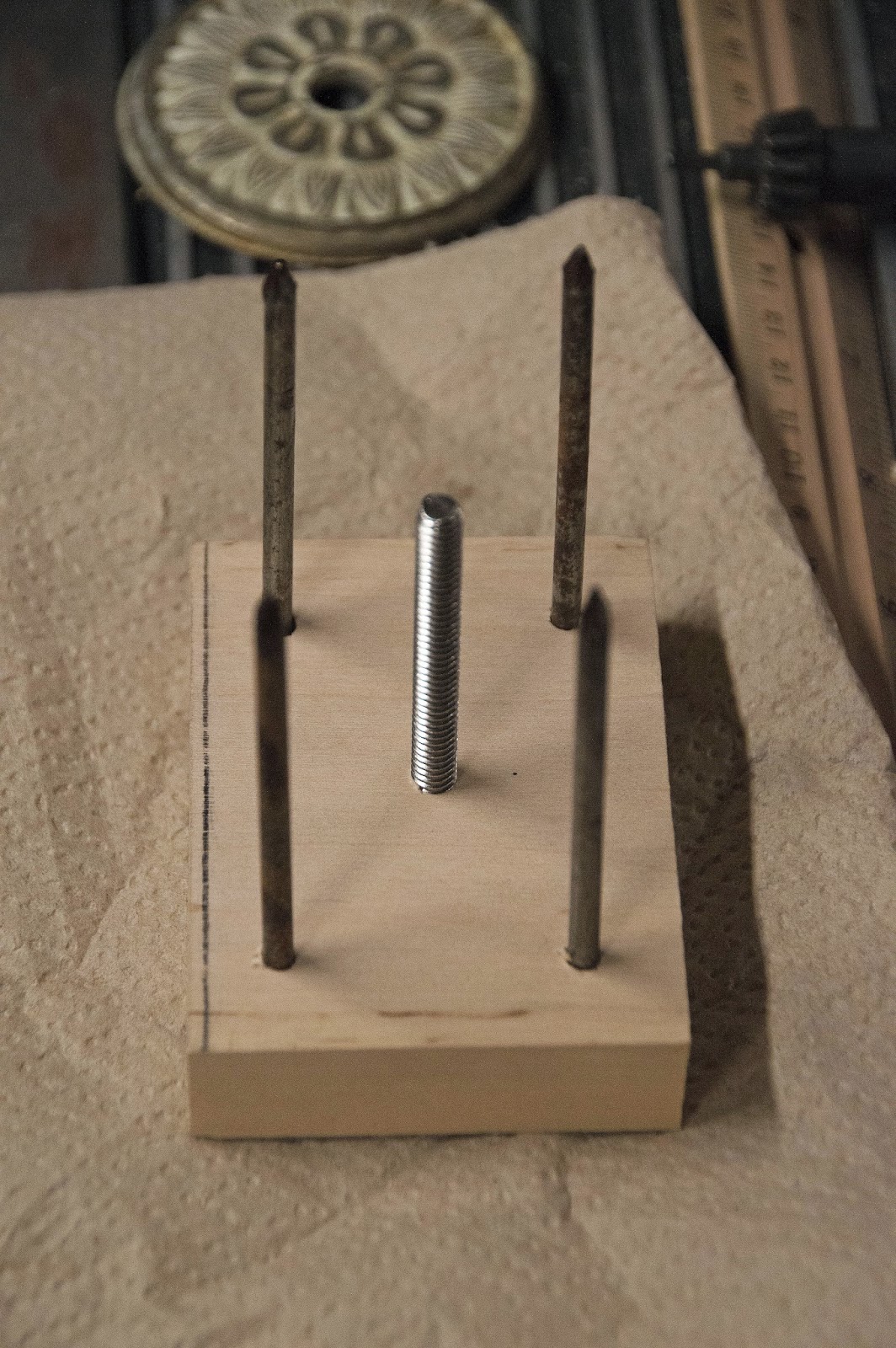 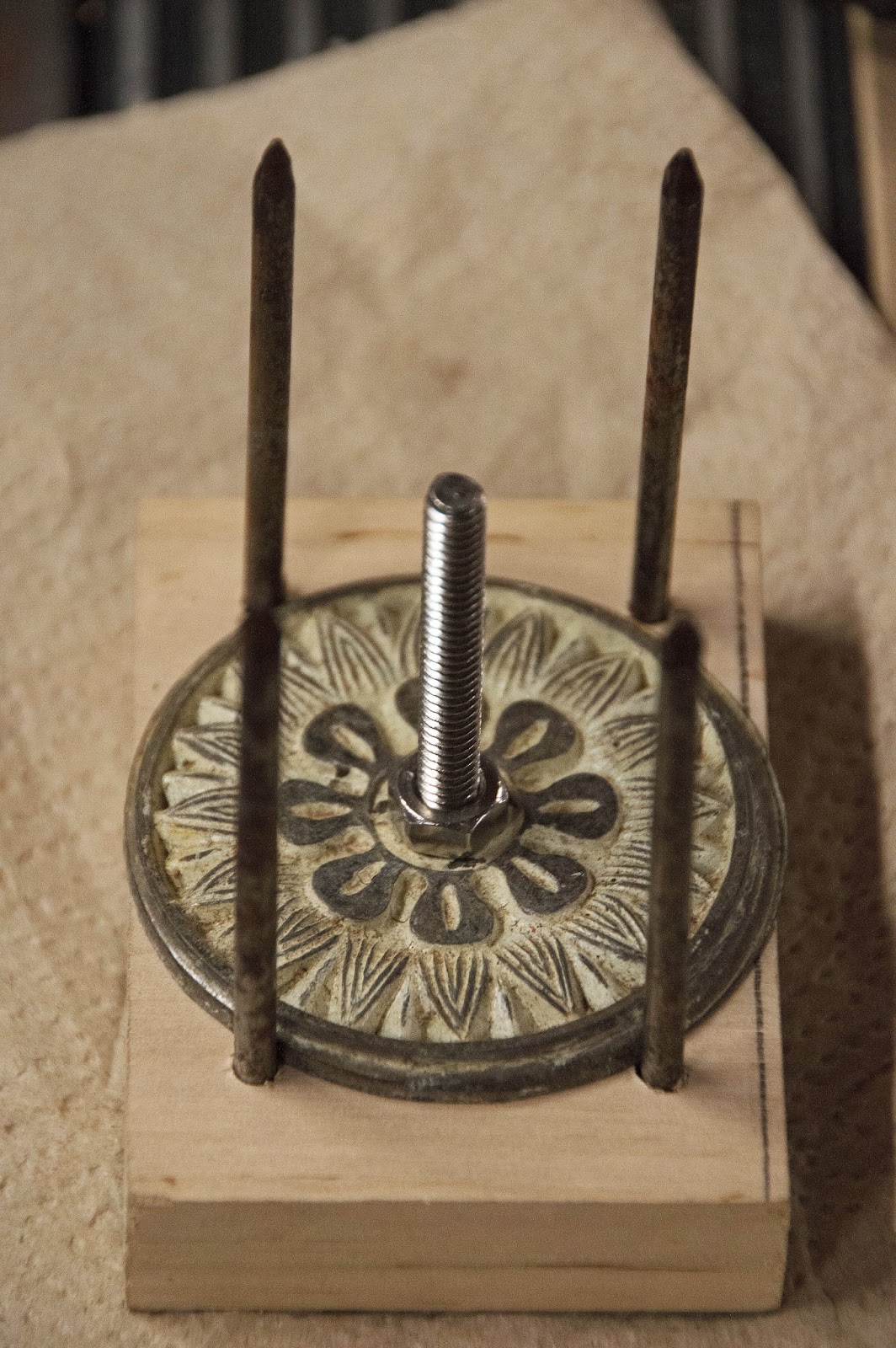 This round shape is the back of a drawer pull. 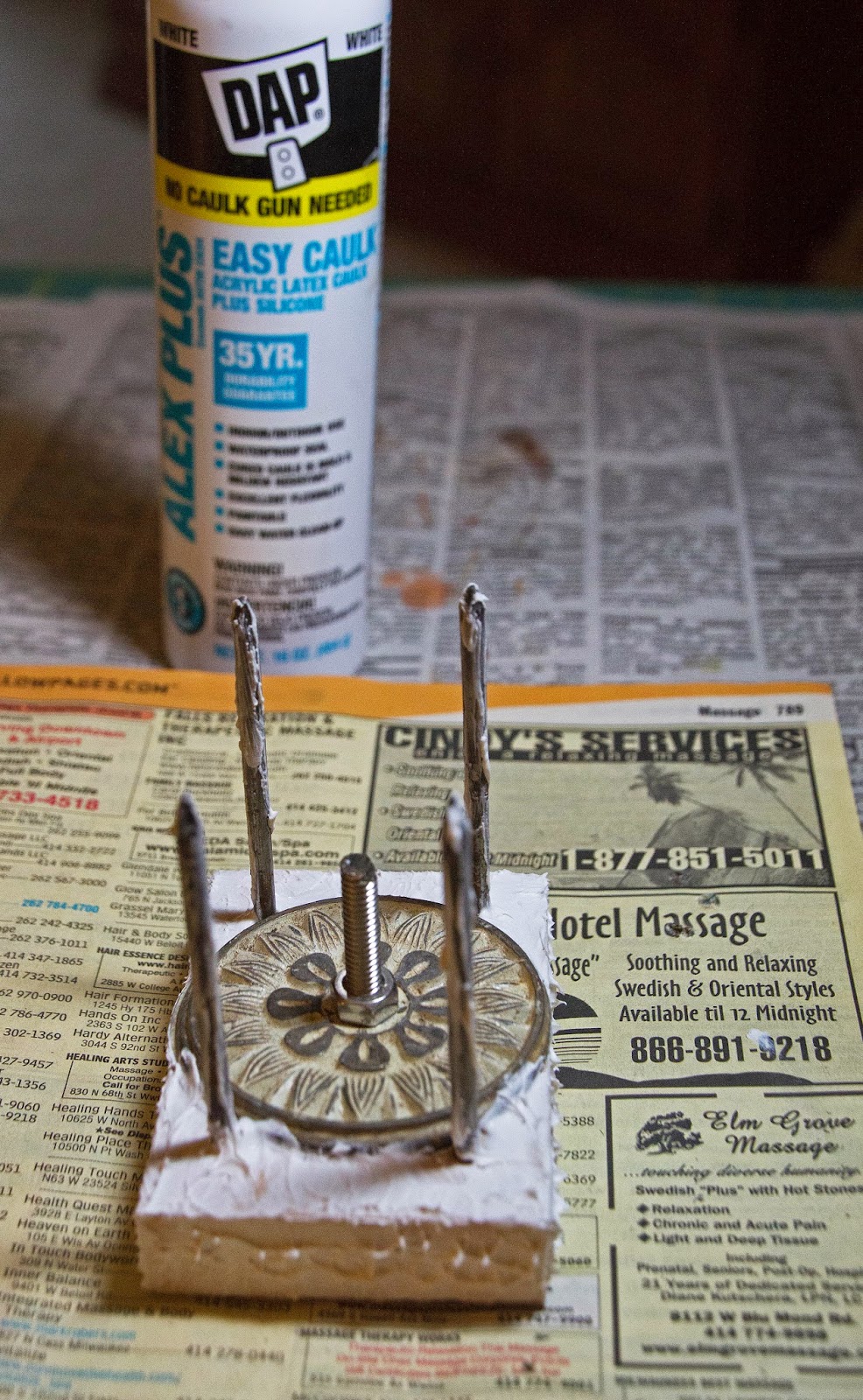 With the structure in place, I needed to texture the wood block so I reached for my favorite substance, DAP Easy Caulk.

From the book Art as Therapy by Alain de Botten and John Armstrong, I selected this quote for the title, and the theme, of this piece:

So what would the point of view be that could change meaning?  I decided that the heart had to go on the bolt and be hidden by something. 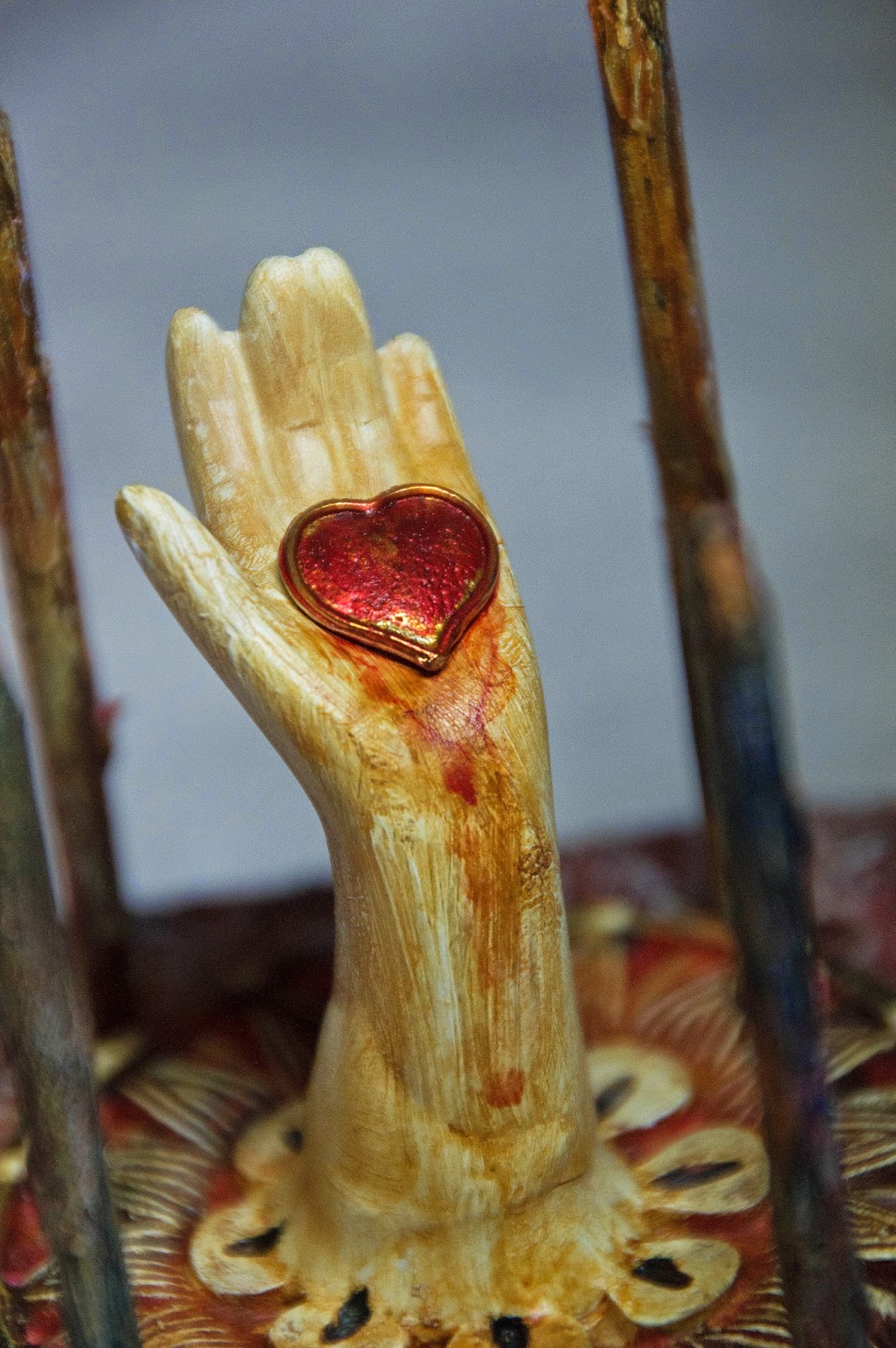 First, the hand.  Ironically, for another piece I was working on, I dropped one of the pair of porcelain arms I intended to use.  When it broke, it left me with the hand I needed for this piece.  Onto the palm went this heart charm I had in my stash. 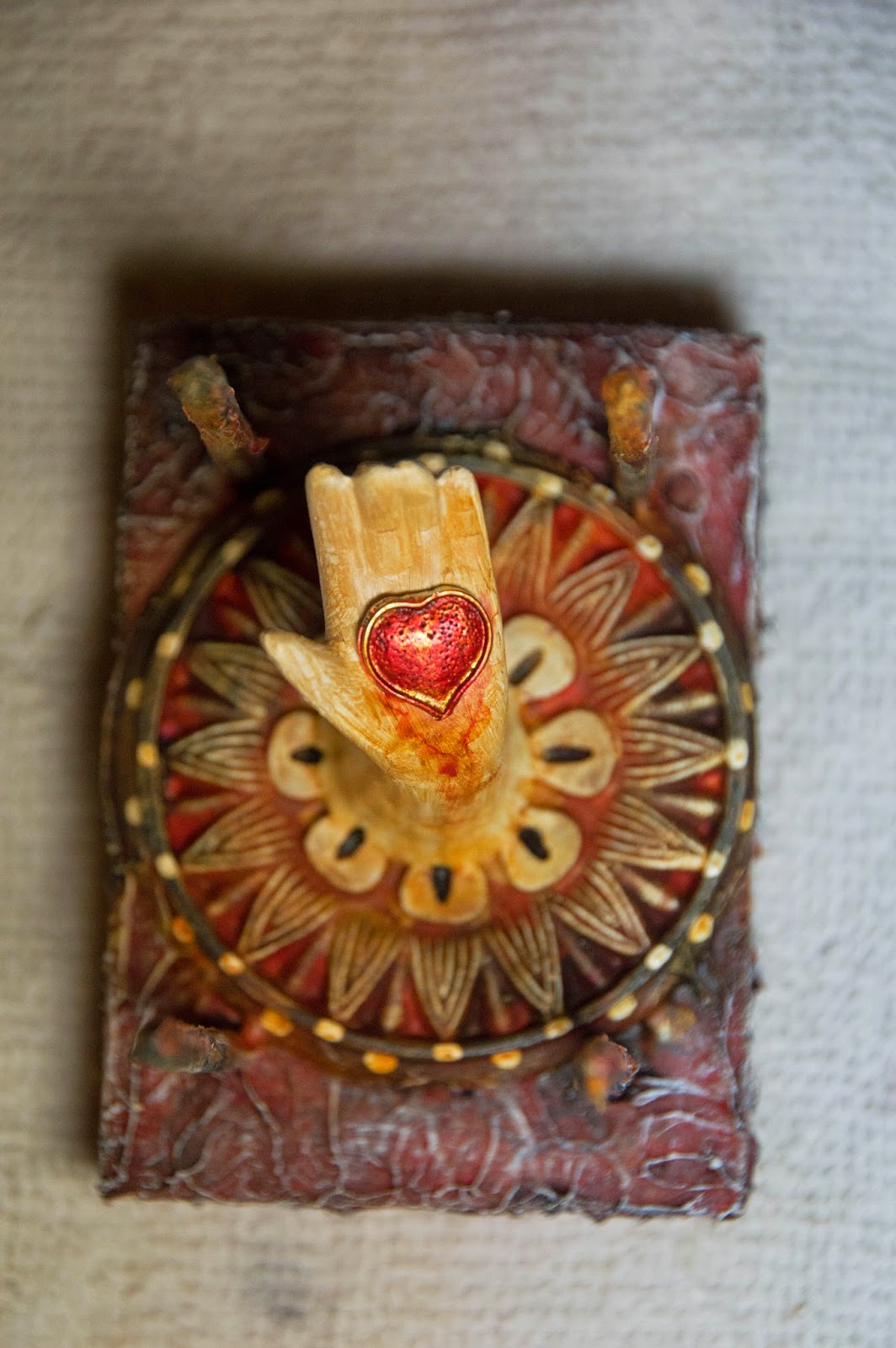 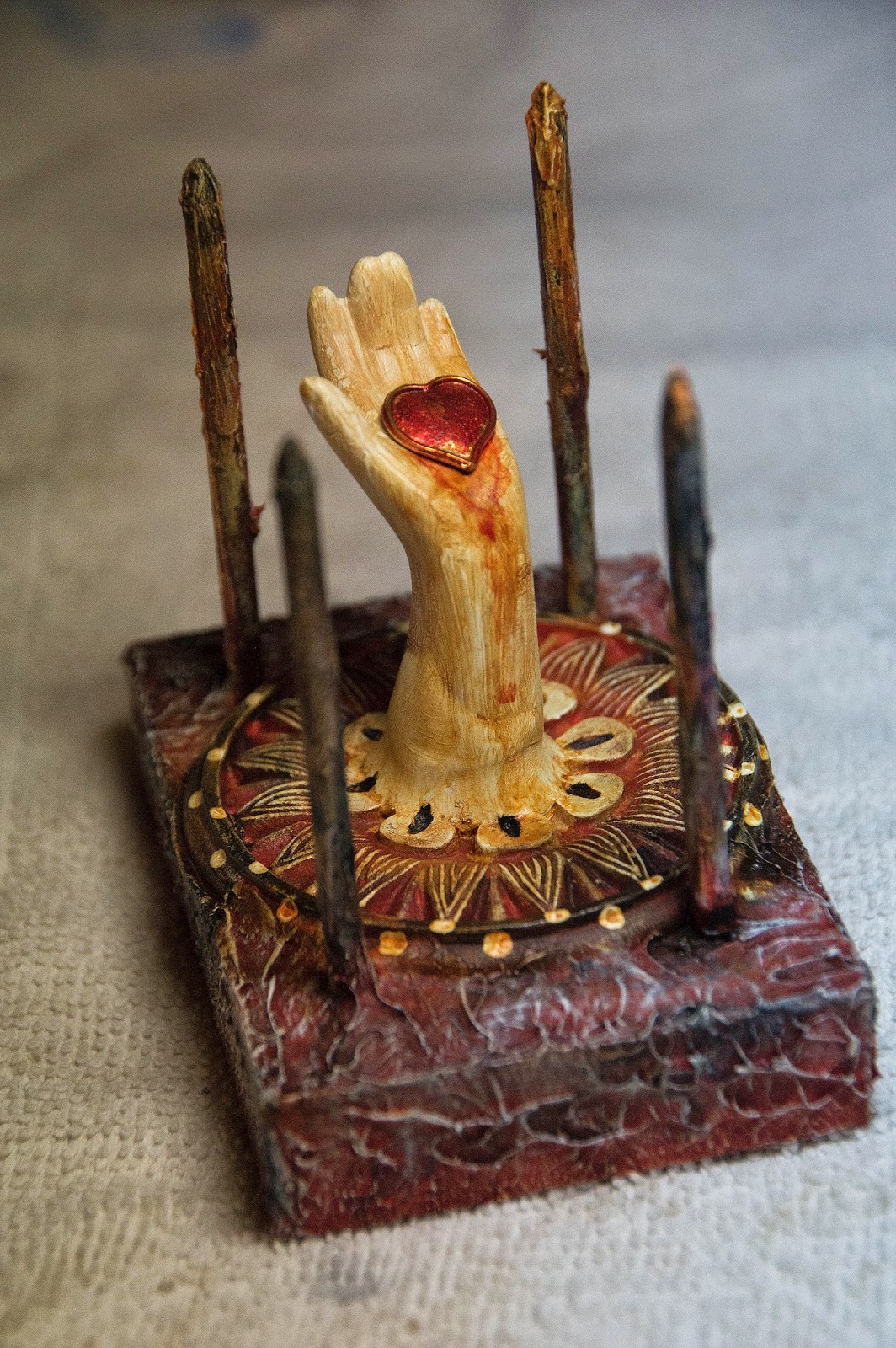 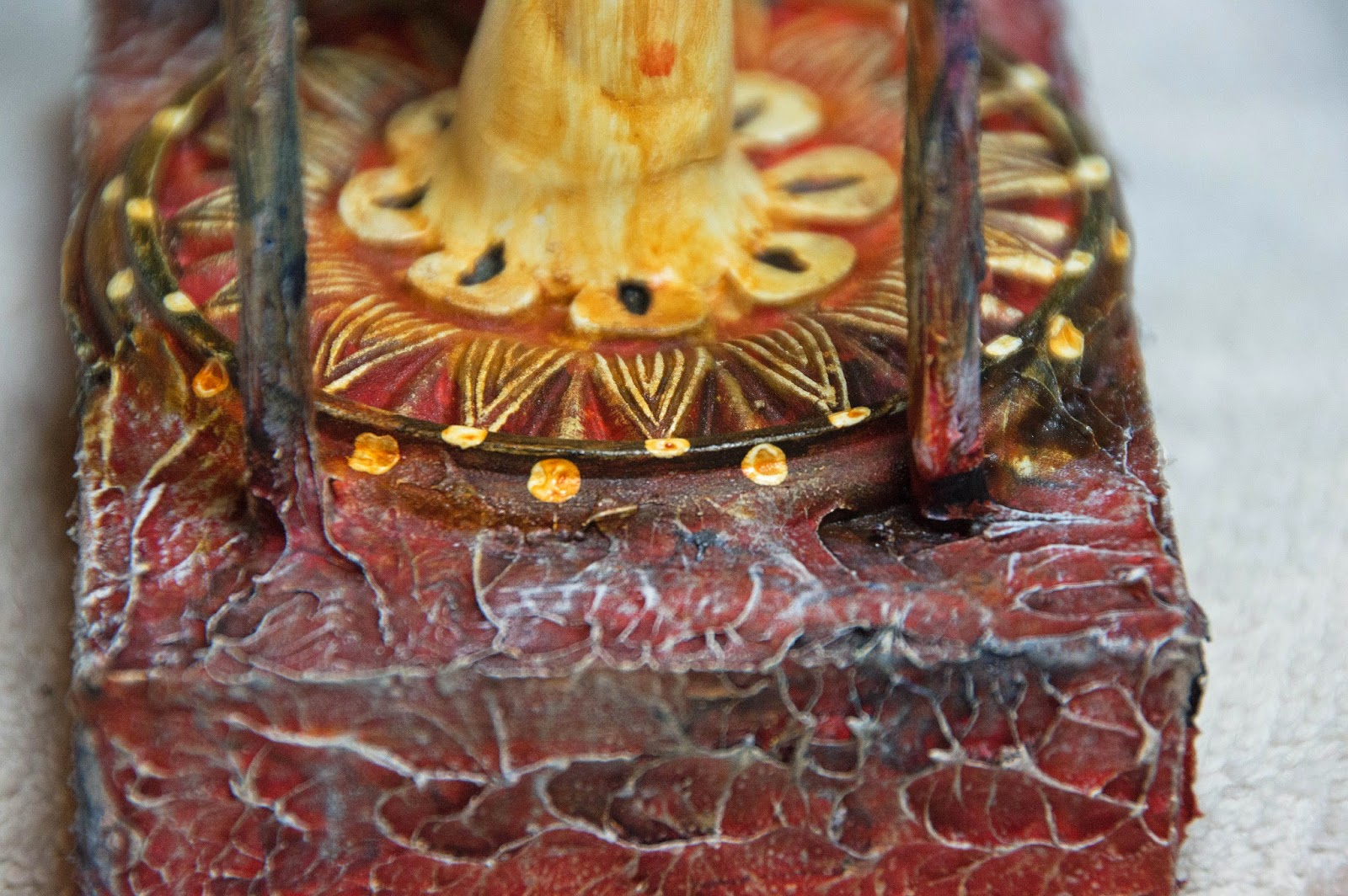 The last step was the cover.  I knew by this time that I wanted a skeleton to ride on top of the nails so that the heart could be seen through it.  A transparency later and it was attached.  Because of the theme of the title, "changes its meaning," I decided that the final thematic effect would be not to have the hand hold the heart but rather to have the heart thrust at the viewer. 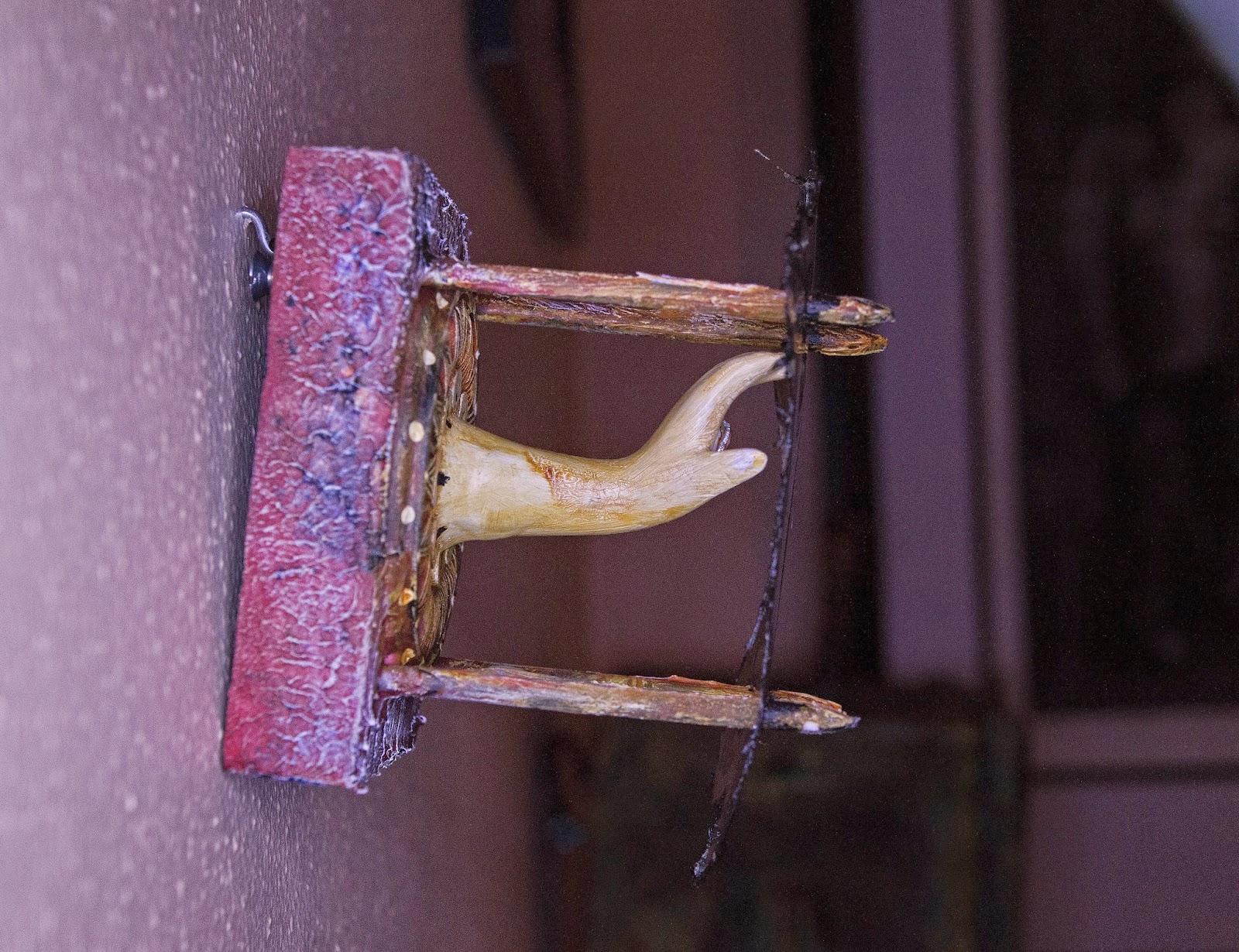 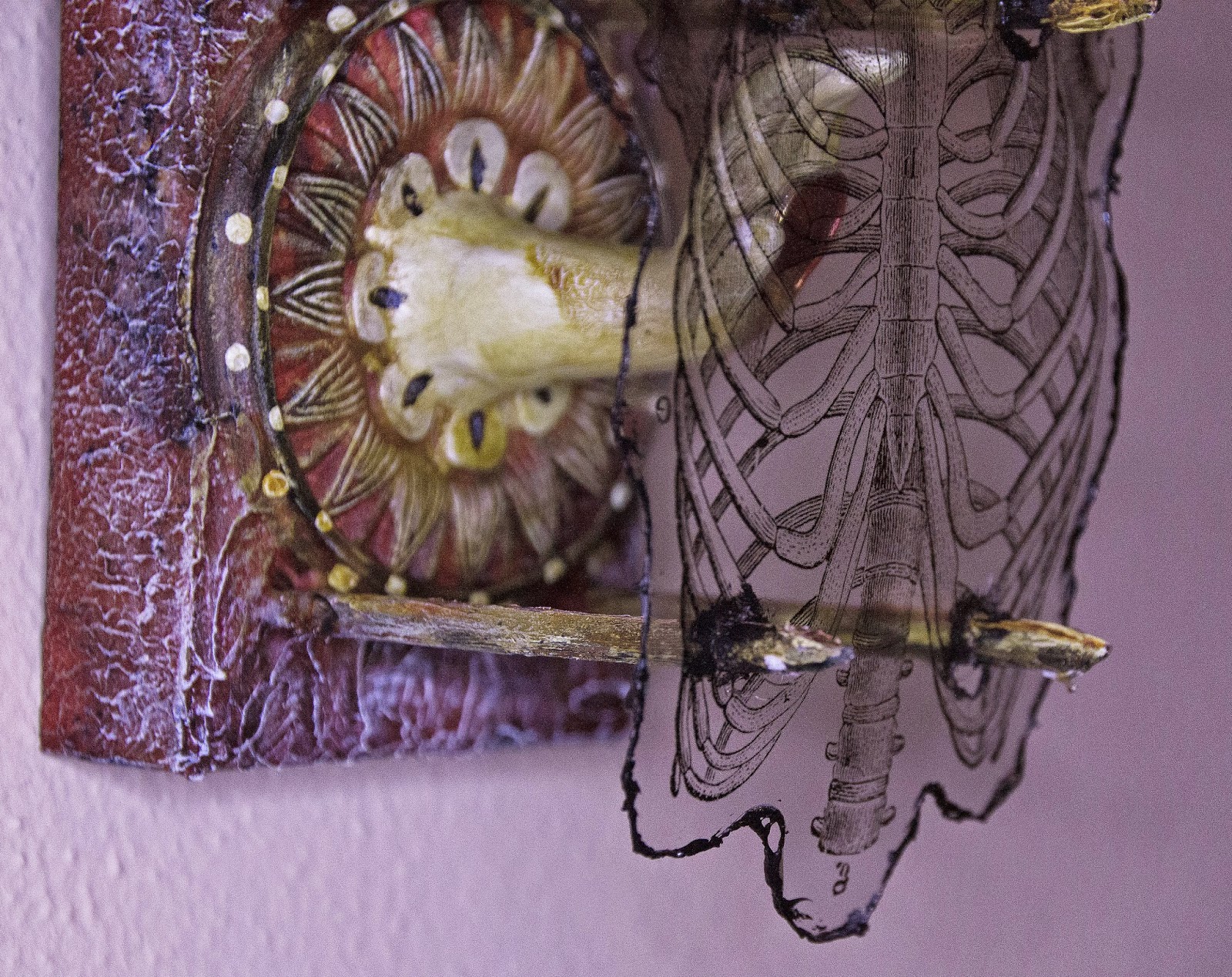 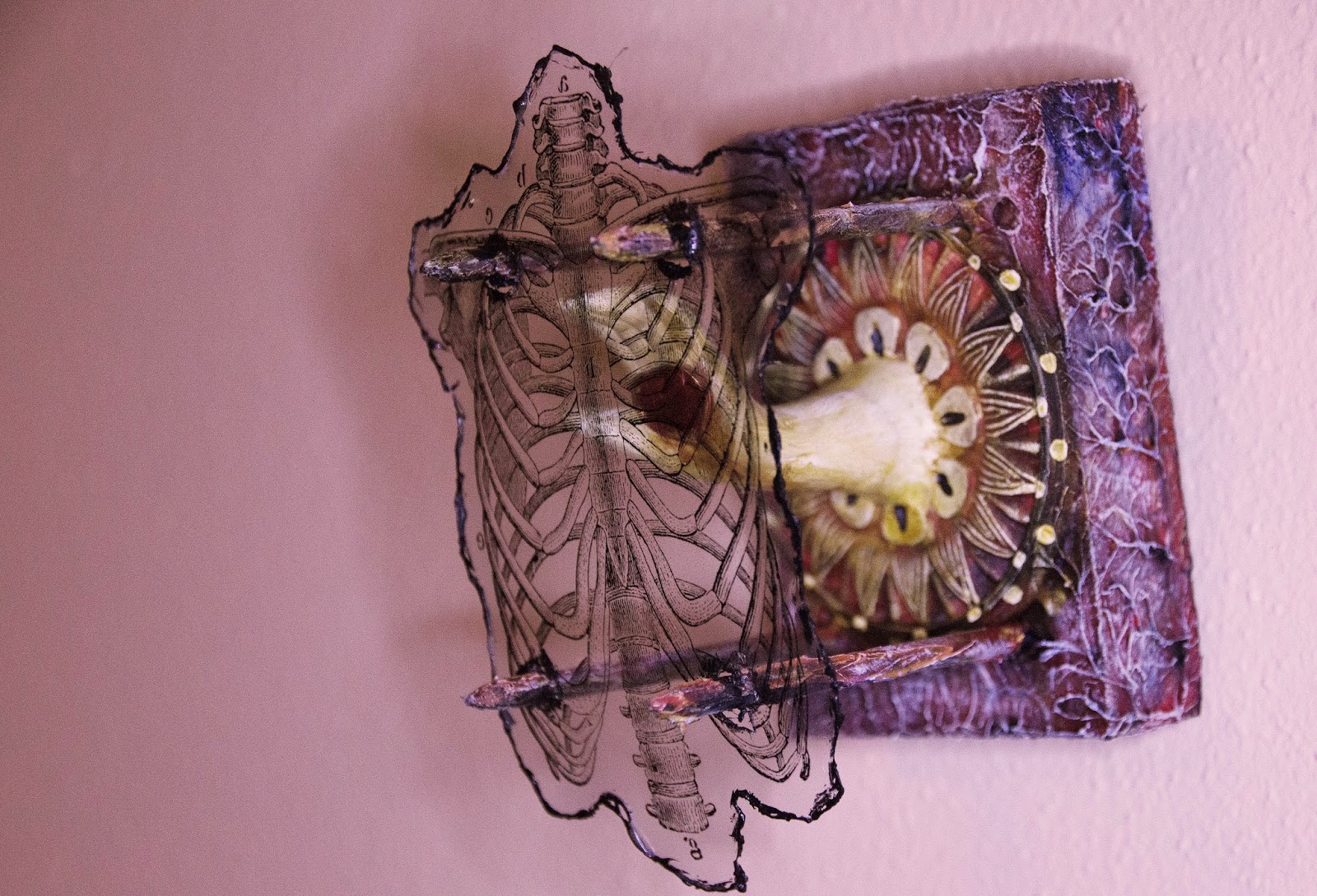 And so we have, The Suffering of a Broken Heart Seen From This Point of View Changes Its Meaning. 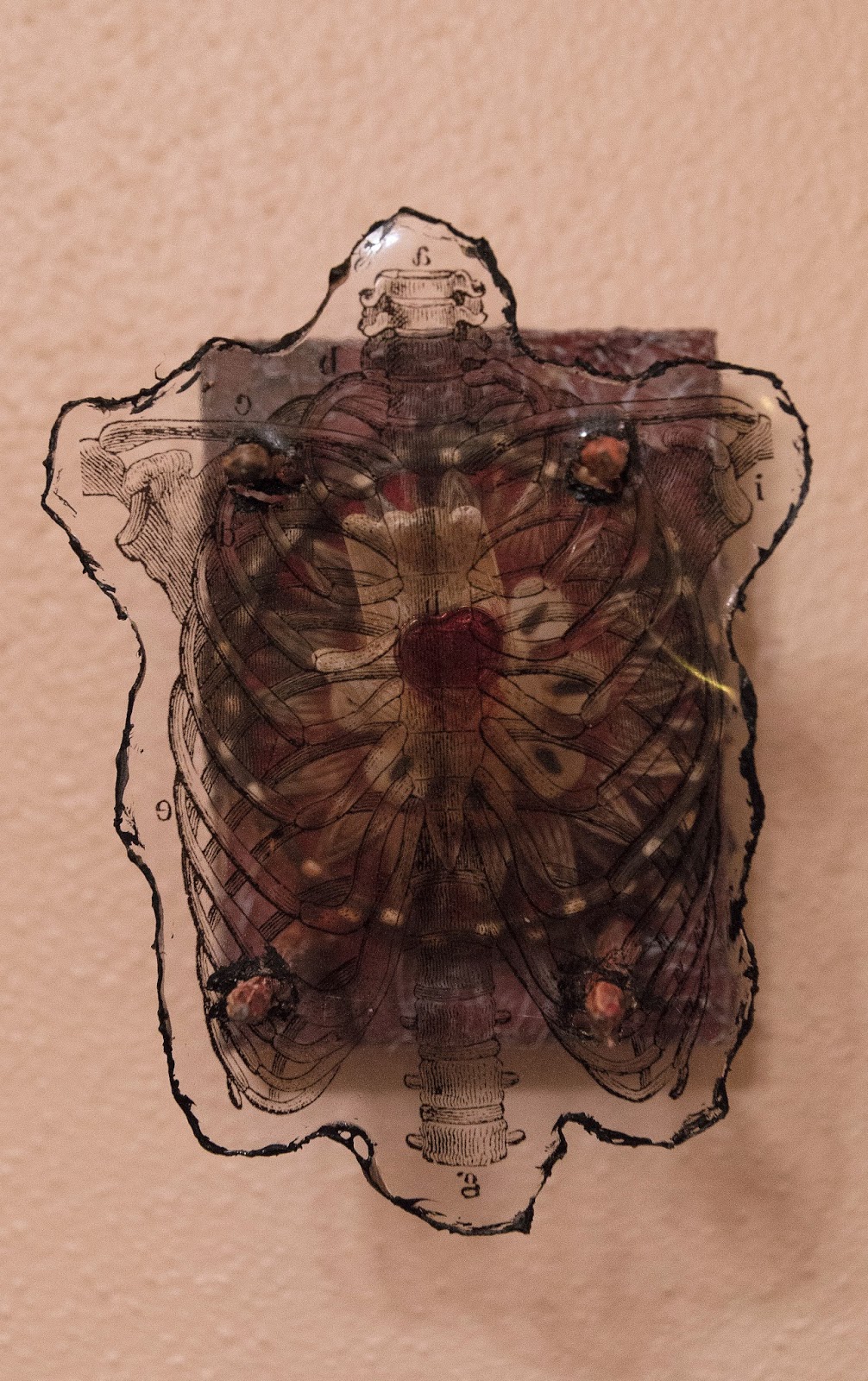 P. S. Then two things happened.  Denice, my lovely wife, told me not to give this piece away as (G*A*S*P*) she liked it enough I could hang it up in our house.  This does not happen very often. Next, my partner dropped out of the trade and nobody wanted my piece in trade.  SO, I now have this hung up in my house.

Here is the ATC I received from Nancy Viebrock (who took the time to make me something I would like--how nice is that!). 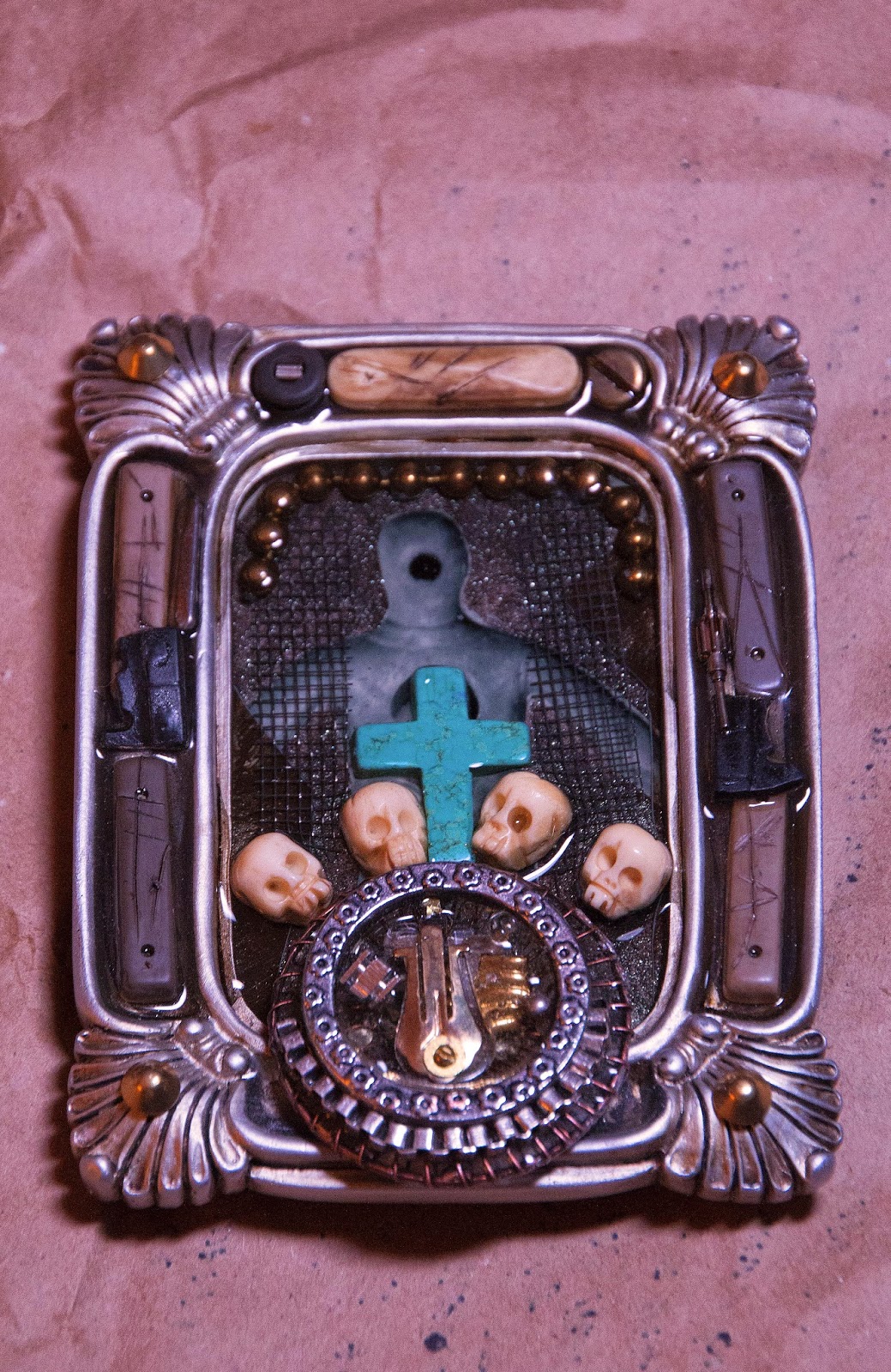 Posted by gary warren niebuhr at 5:43 AM