That Familiar One, Beloved Death, My Enemy Who Erases Sorrows Like A Friend 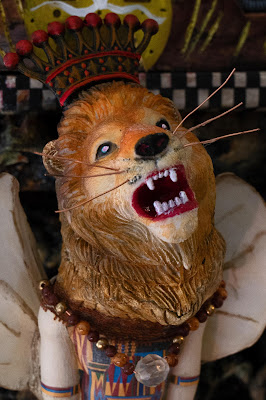 Here I go again with another online workshop with Michael deMeng called Zoo-Illogicals. The basic idea here is to combine a human form with an animal to create some new creature through assemblage vivisection.

First, the gathering of the stuff. I started this project with a handmade wood wheelbarrow I bought in an antique store. I decided my hybrid was going to be a very cheap plastic Academy Award Oscar and a plastic lion. 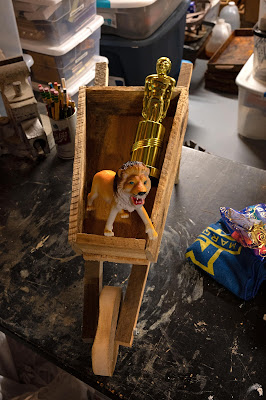 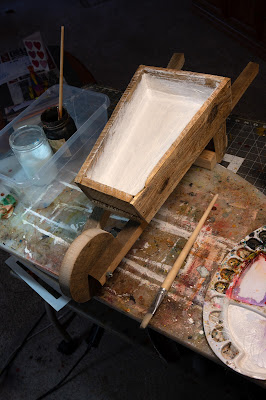 One of the early decisions was how to create a stage for my character. I decided that I was going to paint a landscape for my lion-man to stand in. 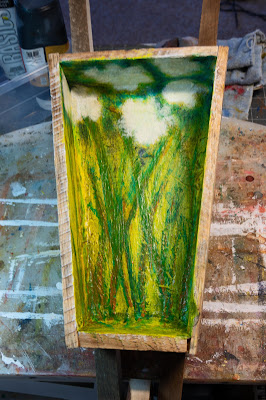 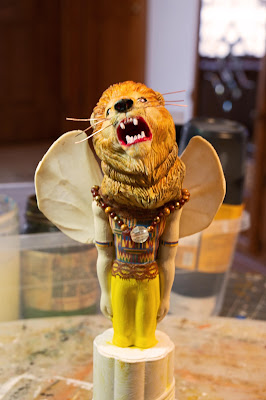 In building my lion-man, I added some animal scapula that I had in my stash. I dressed him up in some collage clothes that are trying to look African. A last minute decision was to cut his head open and add a crown, something I debated as a cliche but went with it anyway. Sometimes when I am building an assemblage, if I stare at it long enough, it becomes something I cannot live with. So, the African plain became a cave instead, made out of Great Stuff. 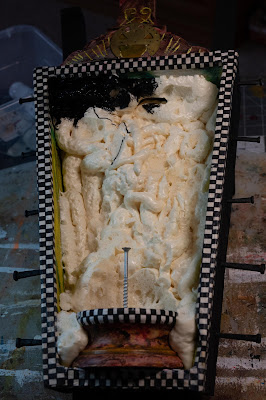 After some painting and some detailing, it was done. 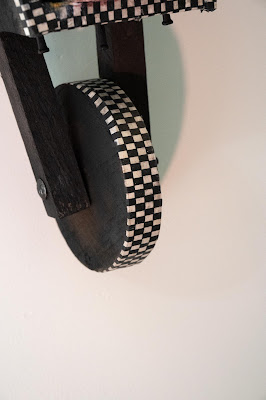 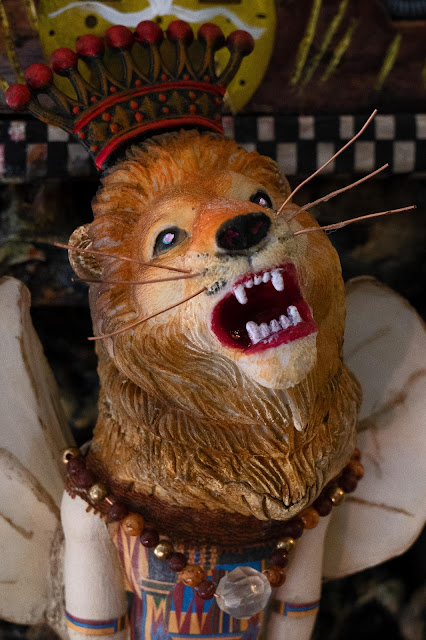 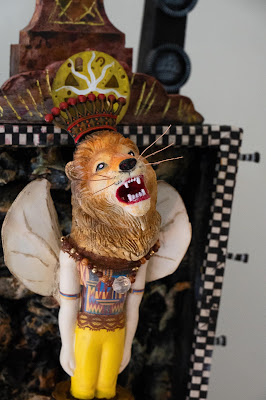 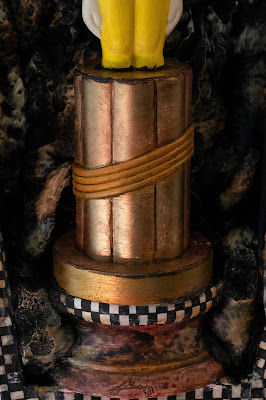 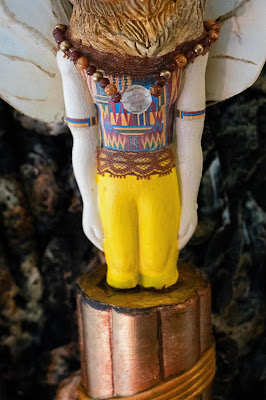 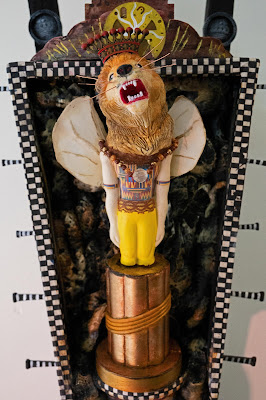 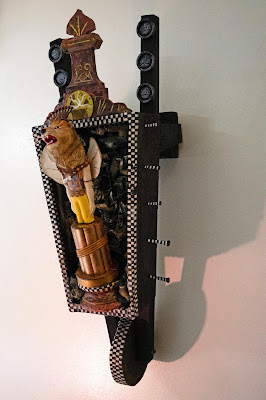 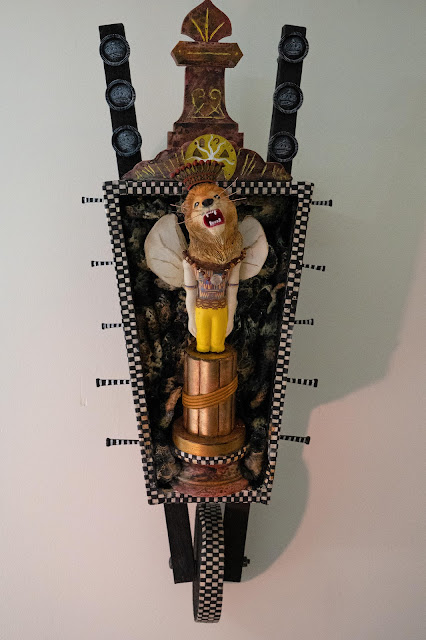 The title is from Two Elegies, 1: Appointments in The Rebel’s Silhouette: Selected Poems By Faiz Ahmed Faiz.

Posted by gary warren niebuhr at 10:09 AM