The Things You Made, Discarded, Are Now Art 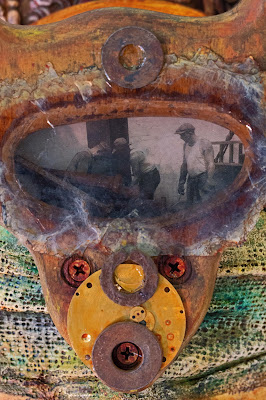 It is rare that I make art for a specific reason other than the art workshops I take from various teachers. However, in cruising through some upcoming art exhibitions that were putting out a call for artist, I came across this: "Vestige Gallery Pittsburgh (PA), the creators of “Post-Rustbelt: Living Between America”, comes “Rustbelt: REDUX“. This exhibition seeks to showcase works of art that capture the “Post-Rustbelt, Middle America” experience of life during the decades following the decline of industry (mid 1970’s) to beyond the turn of the millennium. Only this year… we are looking for more grit, more apocalyptic, more “street”, more deconstruction, more political, and yes–more rust…!"
Wheelhouse.
So I decided to make a piece for this exhibition. As soon as I started it, I thought the time period they were looking for reflected how I use vintage parts to make art today.  This is another variation in the way I normally work: usually the theme comes much later in the process...here it was available before I even started. I saved this interesting packing material from something we bought and I decided to use it as the frame for this piece.
The next step is to audition stuff from my stash to see what might make a cool structure. Here are the results. 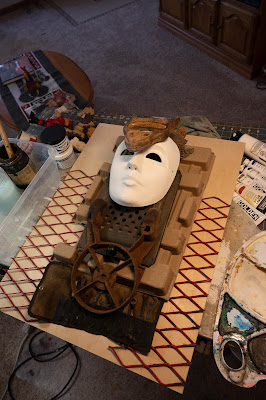 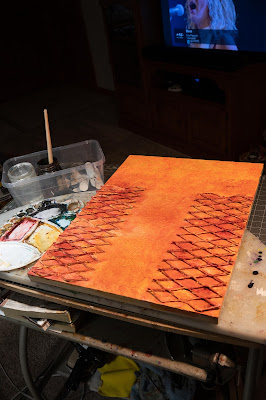 Liquitex has a new color called Fluorescent Orange and I was happy to try it out on a piece with rust as the theme.
The first attached object was this vintage tool carrier. 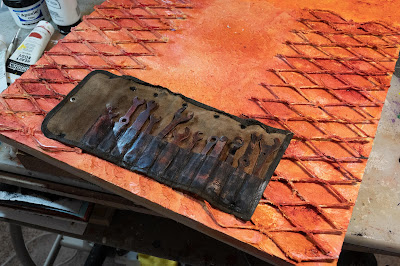 Now it is time to get some serious layering going on. 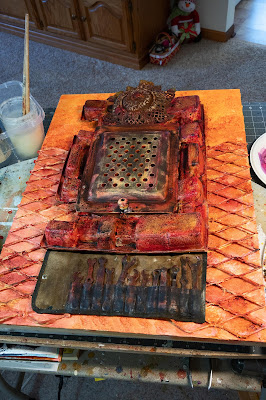 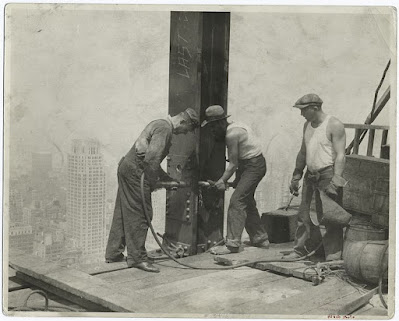 This is a photograph by Lewis Hine, taken in 1931 in New York City, called Three Men Securing a Rivet from the New York Public Library's Digital Collection. I decided to add it (borrow, steal) to this piece to represent the people who made the stuff I use in assemblage. 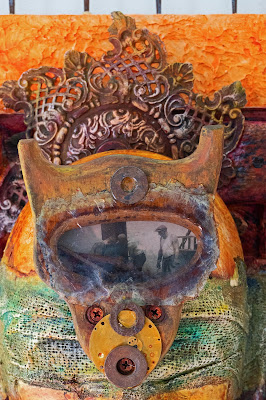 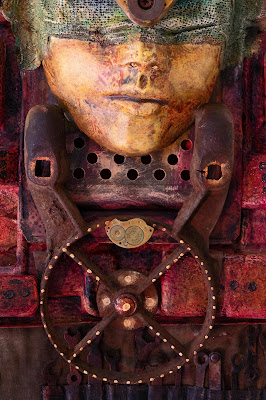 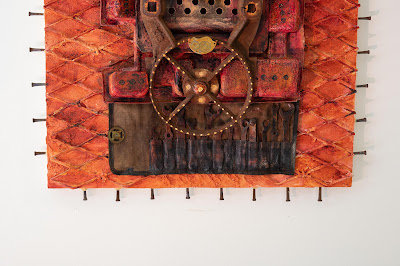 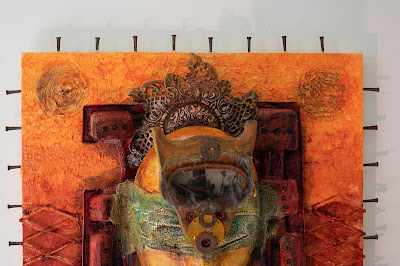 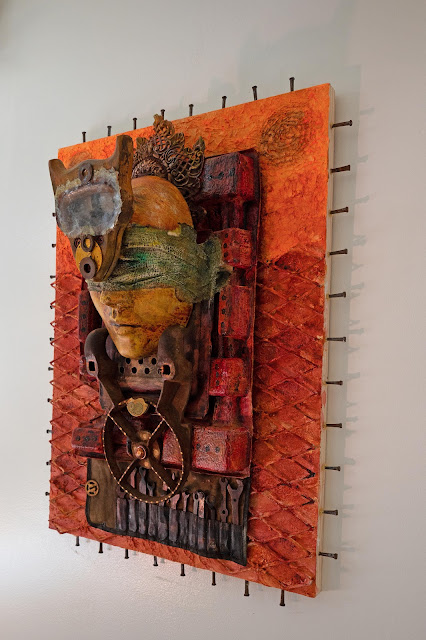 Thus we have The Things You Made, Discarded, Are Now Art.
It consists of the Lewis Hine Photograph, Three Workers Securing a Rivet (1931), Cradled Board 24"H X 16"W, Metal Screens (2), Cardboard Packing, Lamp Base, Saw Handle, Mask, Popcorn Popper Top, Stove Burner, Tool Carrier with Tools and Clock Parts (3).  It is 24"H X 16"W X 9"D.
P.S.: "The Things You Made, Discarded, Are Now Art" was been accepted into the Vestige Concept Gallery (Pittsburg, PA) show "Rustbelt: REDUX" which will run from March 26th to April 24th, 2022.

Posted by gary warren niebuhr at 11:40 AM