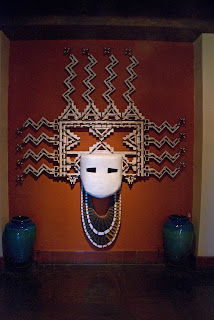 Day Nine, Friday, July 1, finds us sleeping late at the very elegant La Posada Hotel.  I cannot recommend this place enough if you are traveling in the southwest and need a place to stay.  After another great meal, this time breakfast, in our hotel, we were off for today's number one mission:  to stand on a corner in Winslow, Arizona. 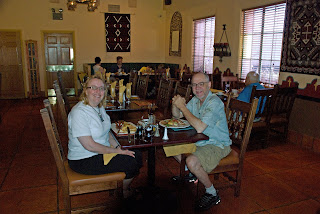 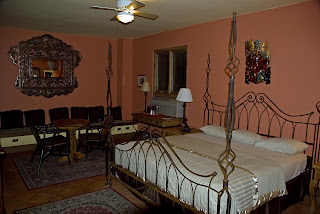 We left hotel parking lot playing The Song--Take It Easy by the Eagles (in case you have been living on another planet).  One thing that is true about this trip, you never know what is going to be just around the next corner. 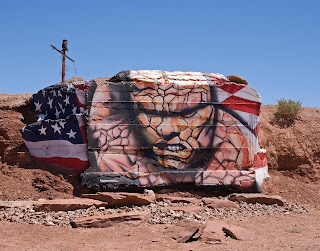 "The" corner from The Eagles' song is at 2nd St. and Kinsley. A fire destroyed the building behind the statue in 2004. A wall with a mural is still there and is just made for posing because the city has also planted a flat bed Ford there as well. 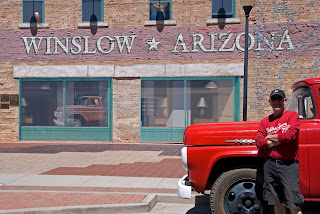 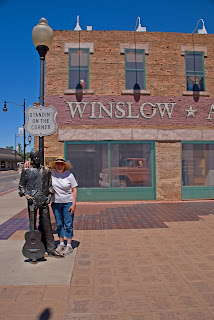 I have no idea why this whole experience meant so much to me and Denice but after we took all the photographs, we bought T-shirts at the store and then went back out to the van to place the song again.  And again.

We made a side trip to the Homolovi Ruins State Park and I was so glad we did.  This is an Arizona State Park where there are extensive Hopi Pueblo ruins. 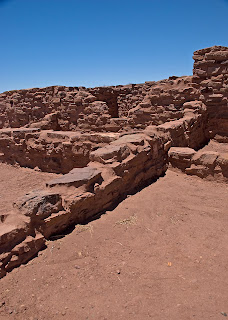 Even more amazing, there is pottery--everywhere.  There are strict rules about not picking any pottery from these sites and man--that was hard for a born again junker like me.  To make up for it, viewers who locate cool pottery make displays of it for the next person to come down the path.  In a way, it is like pottery graffiti. 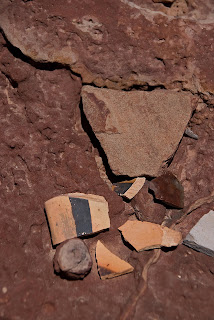 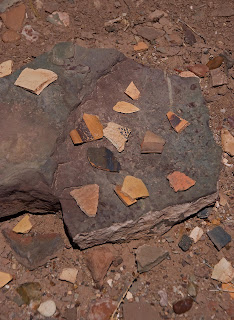 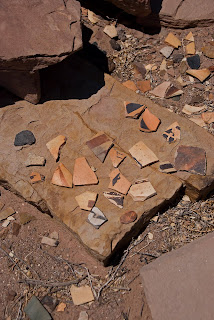 This was an amazing site to walk and we both spent quite a bit of time at Site 1 and then I hiked to the Colorado River Site 2 by myself because I just could not believe the antiquity that I was seeing lying on the ground.  At site 2, I found this archaeologist's paint brush (but before you ask--yes, I left it right where I found it). 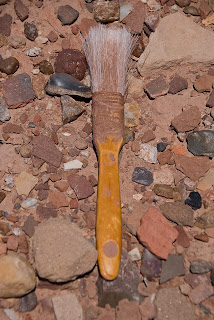 Meanwhile, while I this was going on, Denice and I were the only people at the site.  The rangers were far back at the check in point.  So, the only sentinels in the desert guarding this precious site where these little watch dogs. 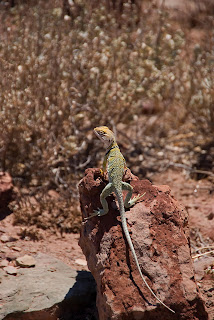 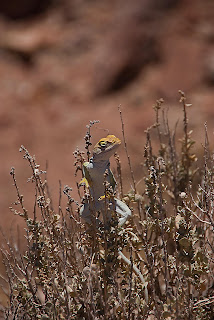 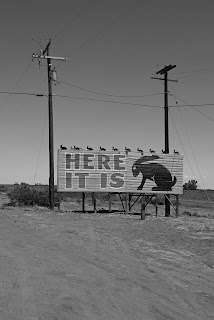 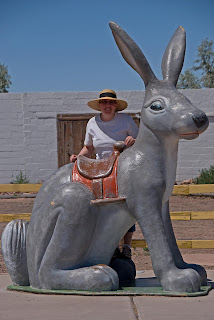 How about a feed store built in the form of a teepee, including a horse on the top?  That is what we found in Joseph City. 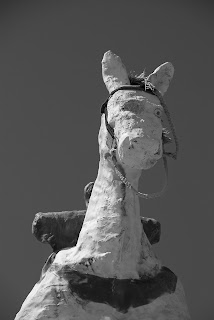 A bit further on was the former Ella's Frontier, an abandoned old trading post. 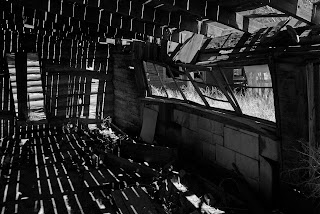 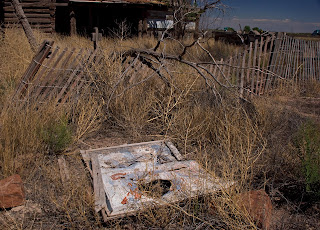 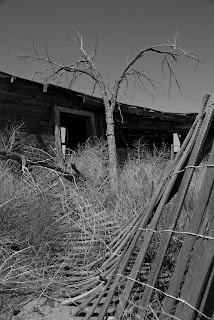 When we got to Holbrook we decided to stay at the twin complex to the one had so enjoyed in San Bernadino, the Wigwam Motel.  However, they are not using all the wigs in their wam so they were full.  We pushed on down the road and eventually picked the Best Western. 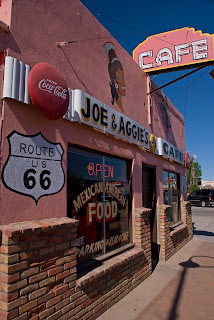 For lunch we ate at Joe & Aggie's Café which is the kind of place that we had hoped to find all along the route.  It was local, folksy and had great food.

After lunch, we dedicated ourselves to the Petrified Forest and Painted Desert.  Because of the heat, we spent most of the time in the van driving but we did take a short one mile hike around the wood.  Amazing. 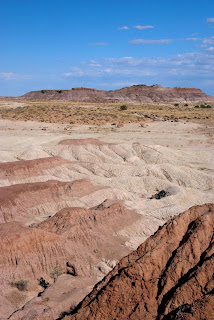 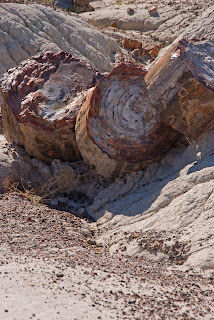 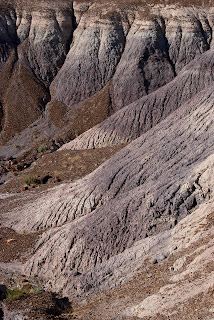 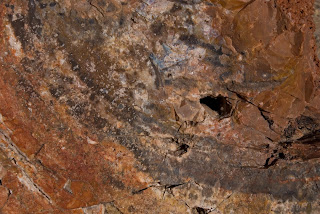 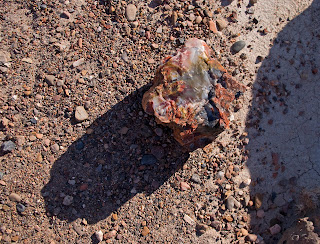 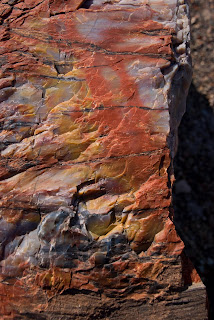 The International Petrified Forest/Museum of the Americas/Dinosaur Park is here. It is not related to the national park service but who can pass up the cool dinosaurs. 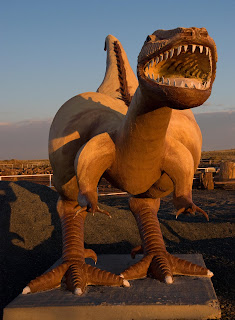 We finished the night with dinner at Butterfield Stage Co. Steakhouse.

See all the photos from this trip at http://www.flickr.com/photos/gniebuhr/
Posted by gary warren niebuhr at 8:47 PM