Corazon and They Wash the Thing Wherein the Plague Is

I have a basement full of boxes.  Big, small and in between--I got boxes.

So I decided to drag a few off the storage shelves and begin some projects.

The one started with a tin candle shield which I wanted to turn into a corazon.  The text is from a dictionary page and helps define the piece.  The corazon is a stone I found somewhere and painted up for the traditional color. 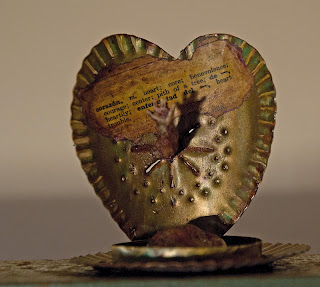 The doll arm went on to add a little theme which also proved fun when I decided that the corazon did not stand on its own.  It needed something else and the something else proved to be an old tool tin box. 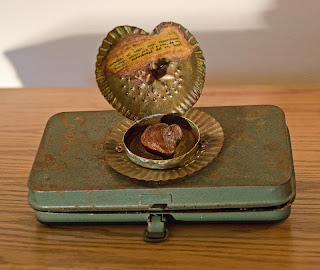 I decided to turn the box into a tomb so I buried Hector with a few prized possessions and a memorial photograph.  If you look closely you will notice that the corpse is missing something--yes, the eerie hand from the corazon is Hector making a desperate attempt to return to the land of the living.  WHHHHHOOOOOO!!!!!! 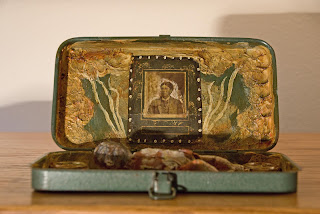 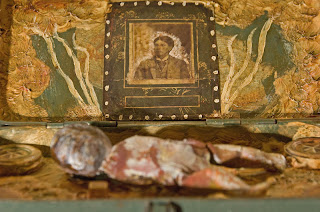 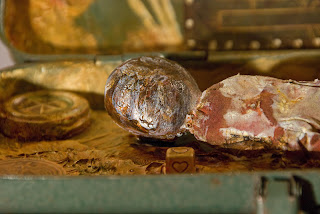 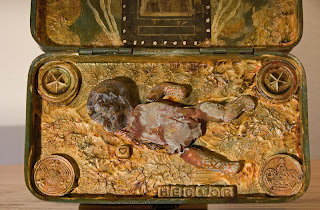 So, with $16 worth of stuff and 7 hours of work later, we have CORAZON.

The second box was some cool thing I picked up off a flea market table for cheap. 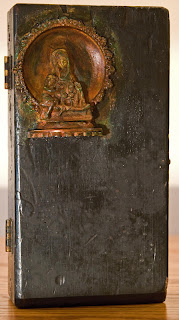 The first step in the project was to attach the Madonna to the lid by sticking it in the hole that was already in the cover. 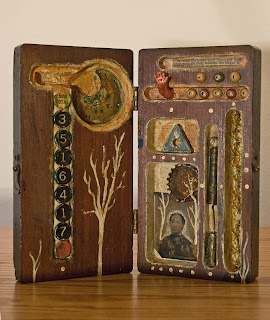 Then I filled the inside with all sorts of goodies to add to the theme.  Please note the eerie hand just like the Corazon--WHHHHHOOOOOO!!!! 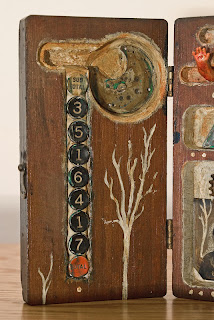 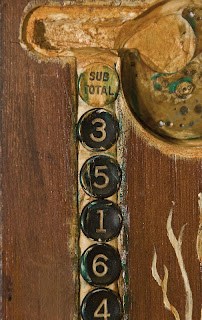 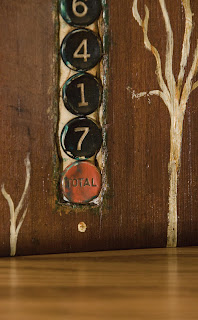 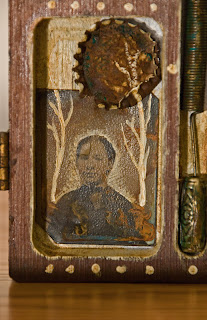 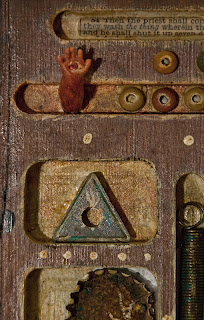 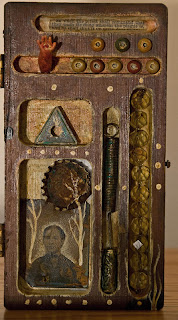 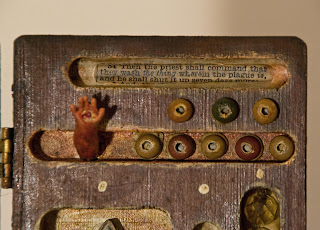 What really gives this box a theme and also a title is the Bible selection included in the top right slot--"They wash the thing wherein the plague is."

So, with $17 worth of stuff and 7 hours of work later, we have THEY WASH THE THING WHEREIN THE PLAGUE IS.