I am proud to say that I am one of the artists included in The Walker's Point Center for the Arts 22nd Annual Dia de los Muertos exhibition in Milwaukee.

The exhibition was curated by Juan J. Lopez and when he invited the artist into the exhibition he said, "For the artwork, the approach is to display a subject matter that addresses the issues of death and identity. In other words, the artwork does not have to be strict on specifics figures of "identity", such as portraits  (unless you prefer to do so). Instead, the art pieces are more free to abstract the concepts of death and identity, based on your own interpretation."

I decided to submit the following art for the exhibition: 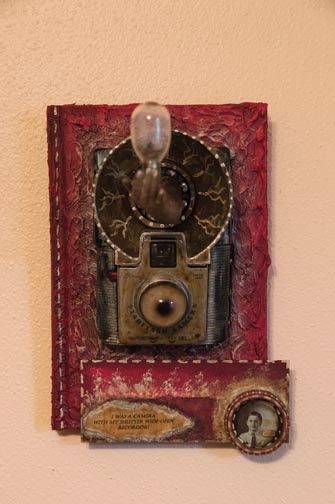 I Was a Camera with My Shudder Wide Open Recording 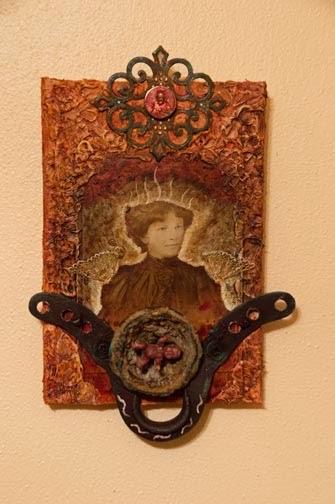 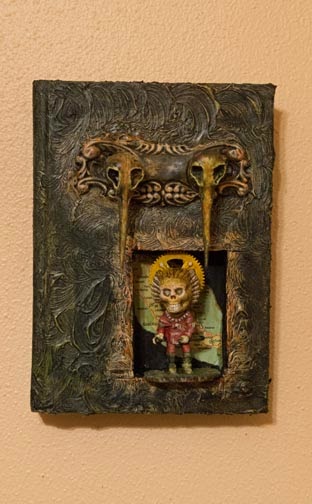 Mictlantecuhtli Lord of the Dead 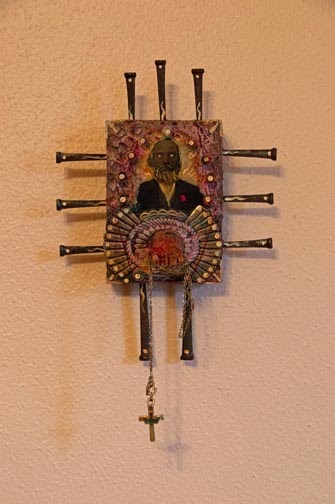 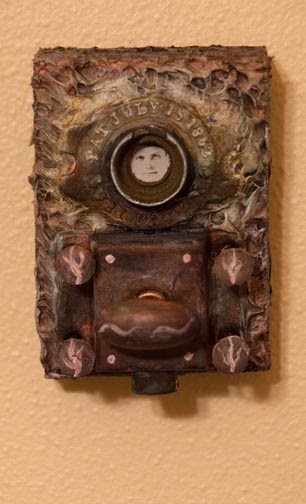 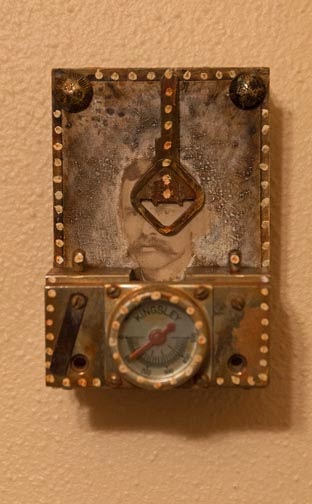 The opening of the exhibition was Friday, October 17th.  I was happy with the way Juan displayed my art. 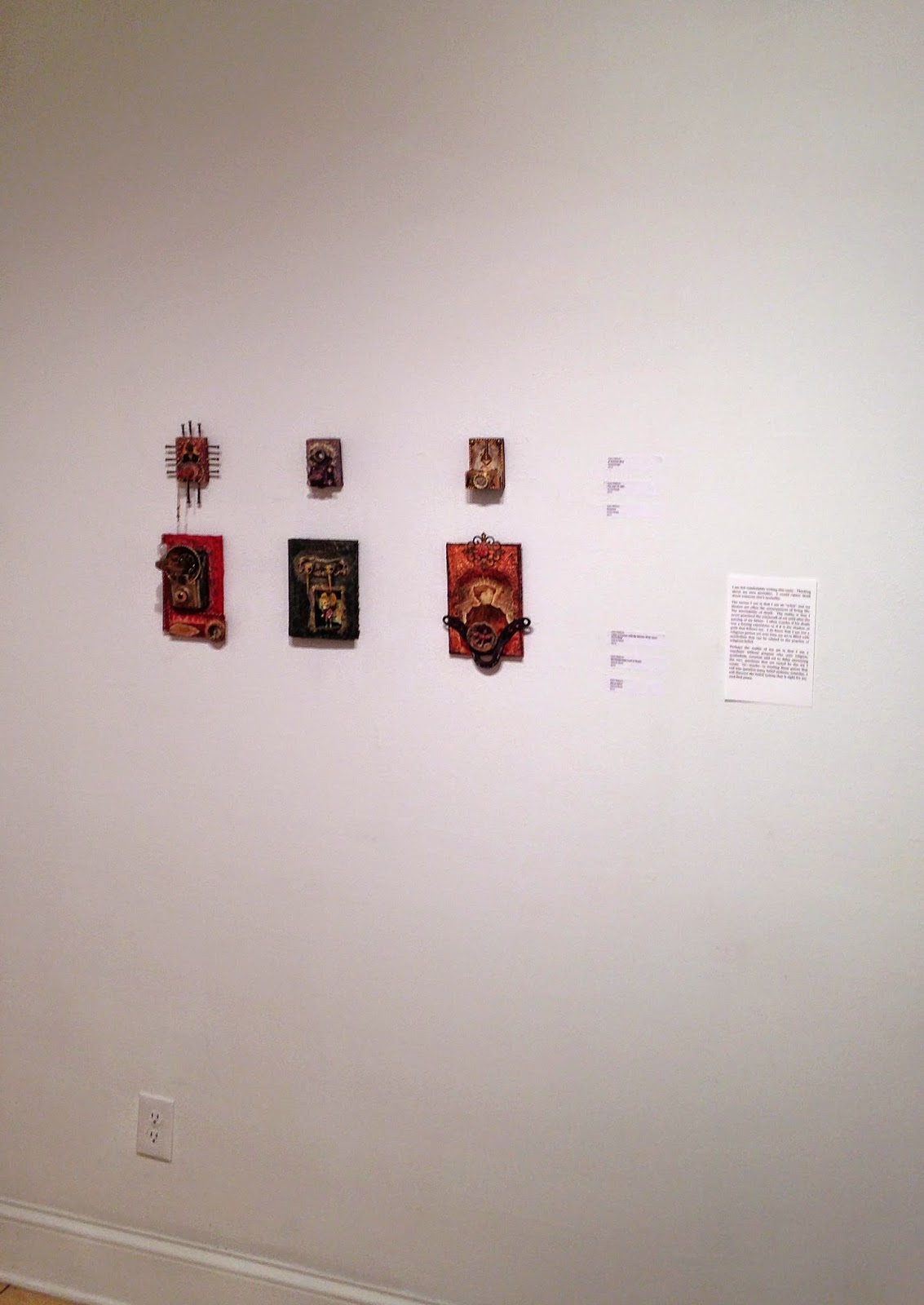 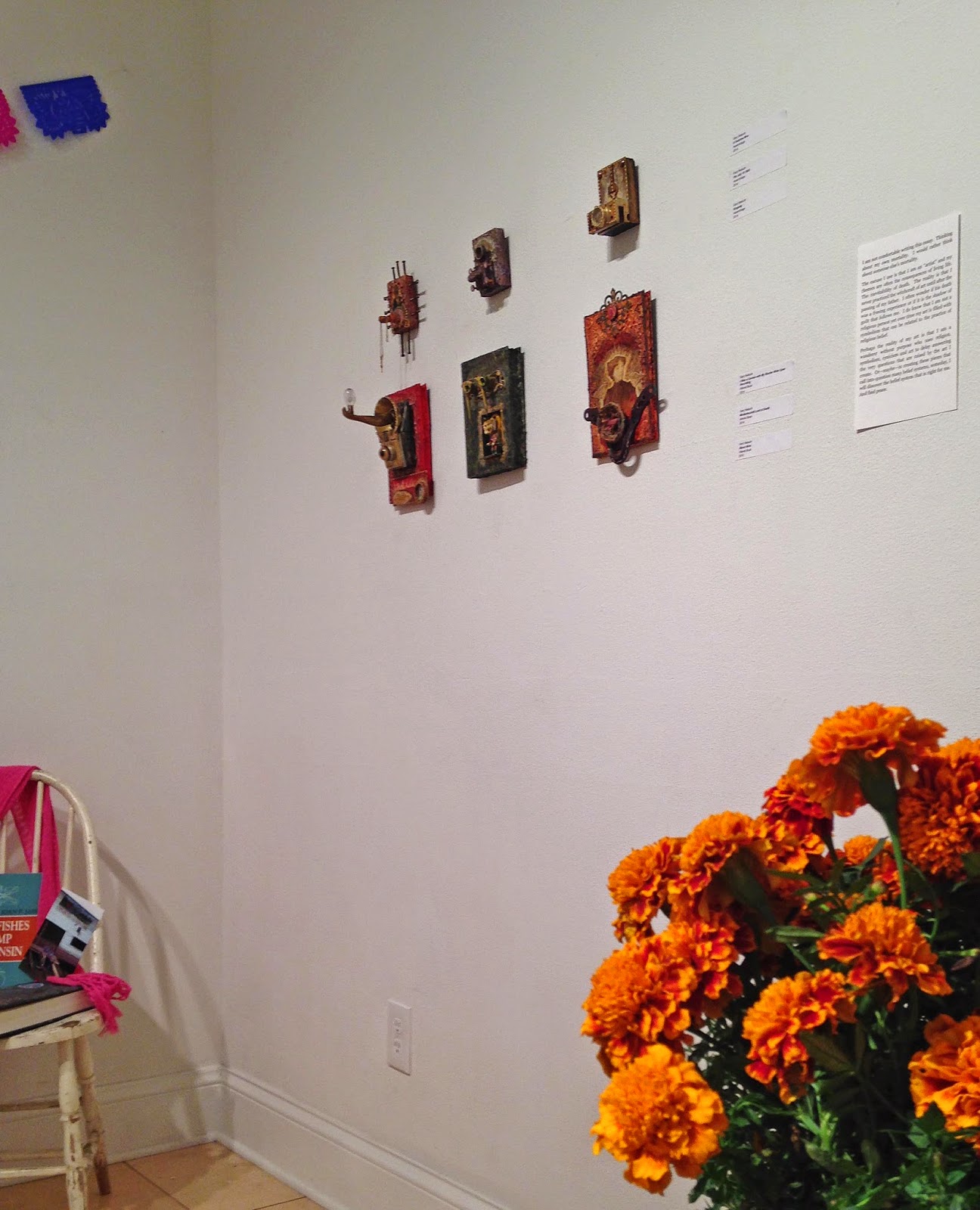 Next to my art was my artist statement:


I am not comfortable writing this essay.  Thinking about my own mortality.  I would rather think about someone else’s mortality.  The excuse I use is that I am an “artist” and my themes are often the consequences of living life.  The inevitability of death.  The reality is that I never practiced the witchcraft of art until after the passing of my father.  I often wonder if his death was a freeing experience or if it is the shadow of guilt that follows me.  I do know that I am not a religious person yet over time my art is filled with symbolism that can be related to the practice of religious belief.  Perhaps the reality of my art is that I am a wanderer without purpose who uses religion, symbolism, cynicism and art to delay answering the very questions that are raised by the art I create.  Or—maybe—in creating these pieces that call into question many belief systems, someday, I will discover the belief system that is right for me.  And find peace.

Walker's Point was filled with ofrendas, or altar dedicated to the memory of a particular family. Here is the Wikipedia definition of an ofrenda:


An ofrenda (Spanish: "offering") is a collection of objects placed on a ritual altar during the annual and traditionally Mexican Dia de los Muertos celebration. An ofrenda, which may be quite large and elaborate, is usually created for an individual person who has died and is intended to welcome him/her to the altar setting. Most ofrendas contain three levels or tiers: on the topmost tier are placed photographs of the deceased and/or images of various saints which are positioned in a retablo which forms the back of the altar; on the second tier are placed food items including such things as mole, candy, pan dulce, and especially a sweetbread called pan de muerto, as well as bottles or poured shot glasses of tequila or mezcal; on the bottom-most tier are placed item such as lit candles, a washbasin, mirror, soap, and a towel so that the supposed spirit of the deceased see themselves and can refresh themselves upon arrival at the altar. Ofrendas are constructed in the home as well as in village cemeteries and churches.

During the opening reception, there was a performance by the dancers from the Dance Academy of Mexico in Milwaukee. 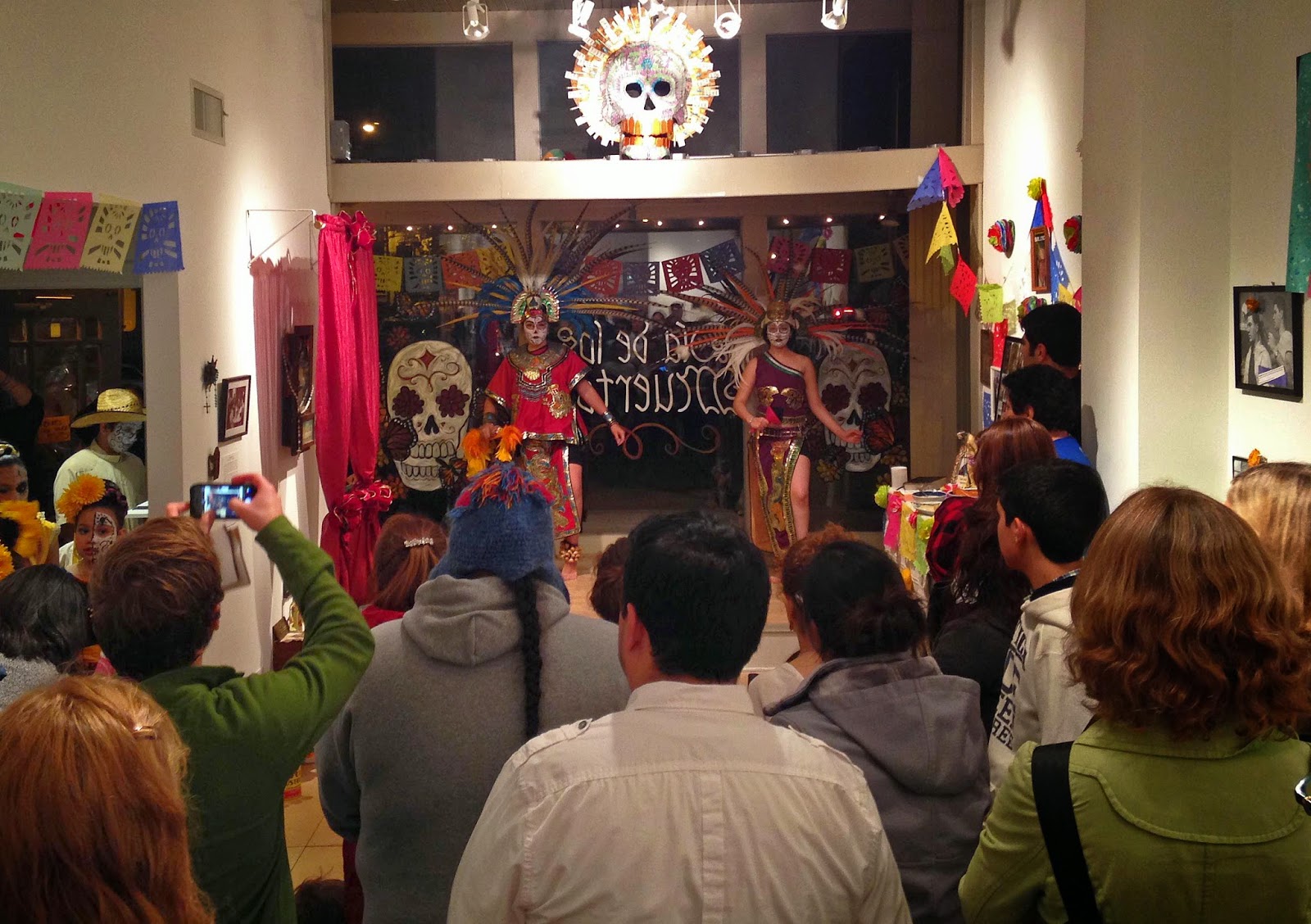 I am very honored to appear in this show for the second straight year.  Juan makes an important point in his exhibition to state the Dia de los Muertos is a holiday that can incorporate all people and all cultures.  I hope my art honors the tradition of the holiday and the people who are to be remembered.
Walker's Point Center for the Arts
839 S 5th St, Milwaukee, WI 53204