I Was a Camera with its Shutter Wide Open Recording

This book structure did not start with the book or its title which is contrary to the way I have been working lately.  Instead, I was cleaning my basement storage place (i.e.:  attempting to not look like a hoarder) when I came upon this: 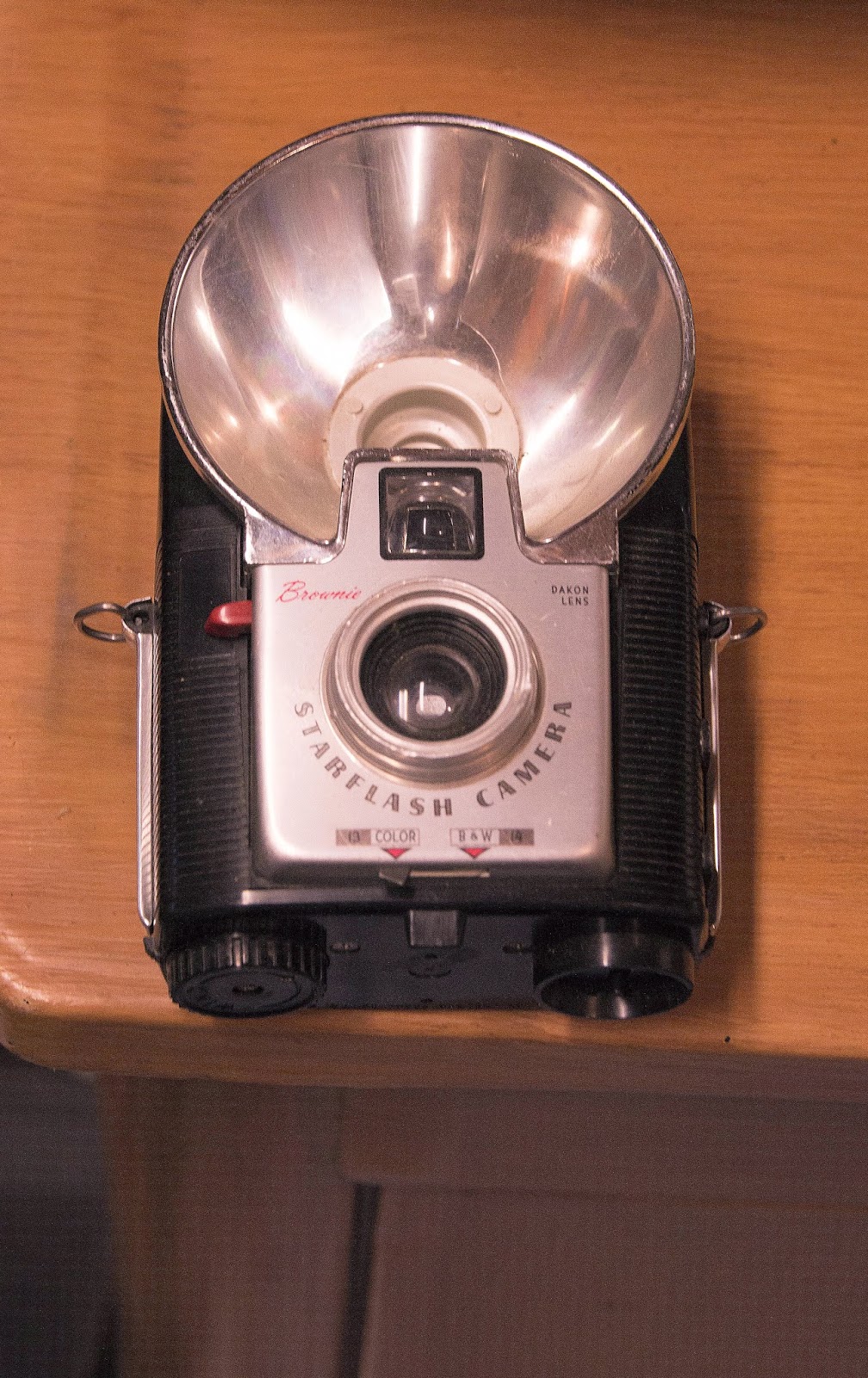 This cool little Brownie Starflash Camera, which was manufactured from 1957 to 1965, was calling out to be a part of the process.  Now, all I really needed was a book that fit the size of the camera so I selected 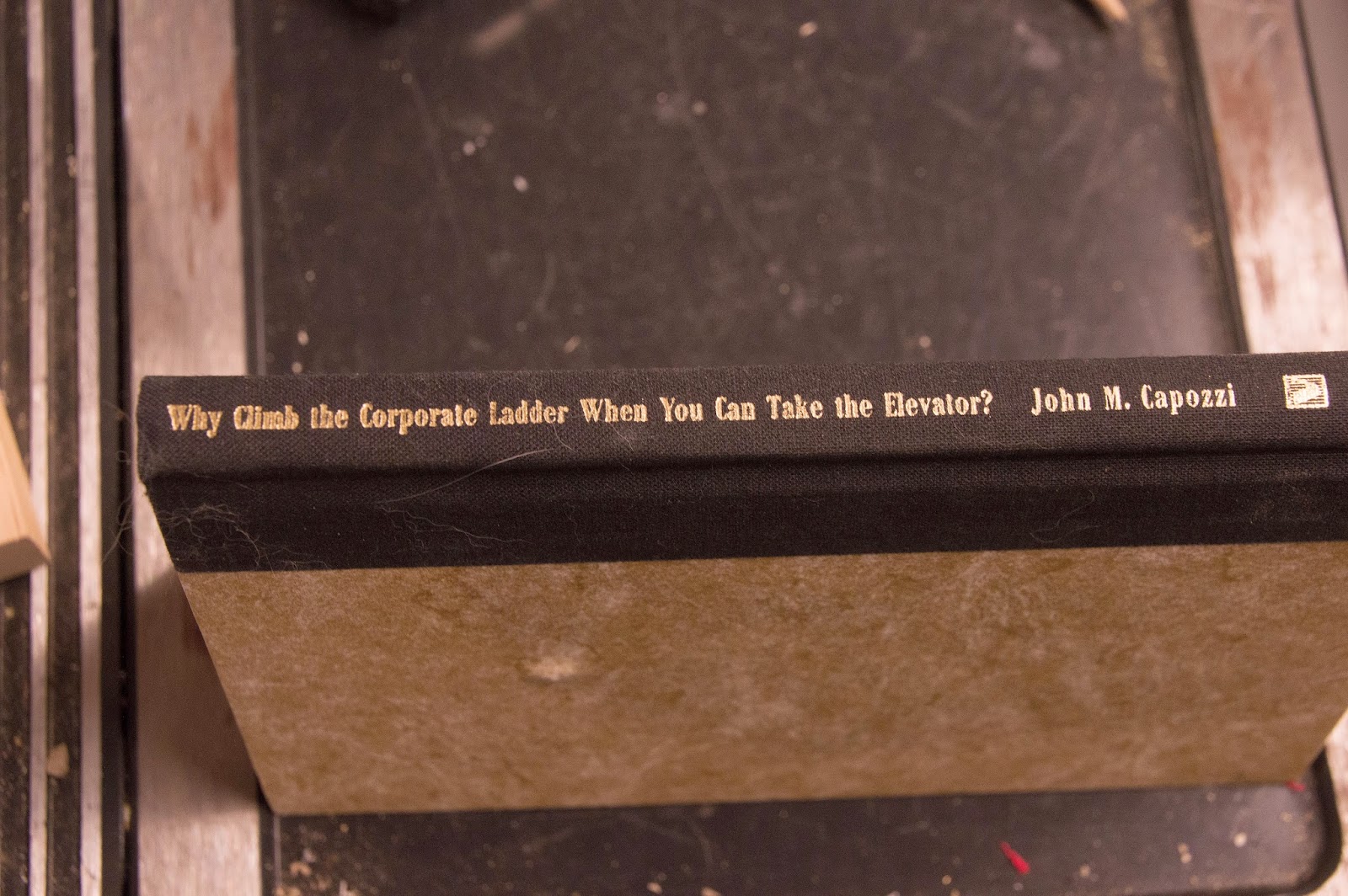 Why Climb the Corporate Ladder When You Can Take the Elevator by John M. Capozzi.  Every once in awhile I love to alter books that have an internal arrogance I do not appreciate.  So, in this case, the title and author are all going to disappear as the book just becomes a platform for the assemblage. 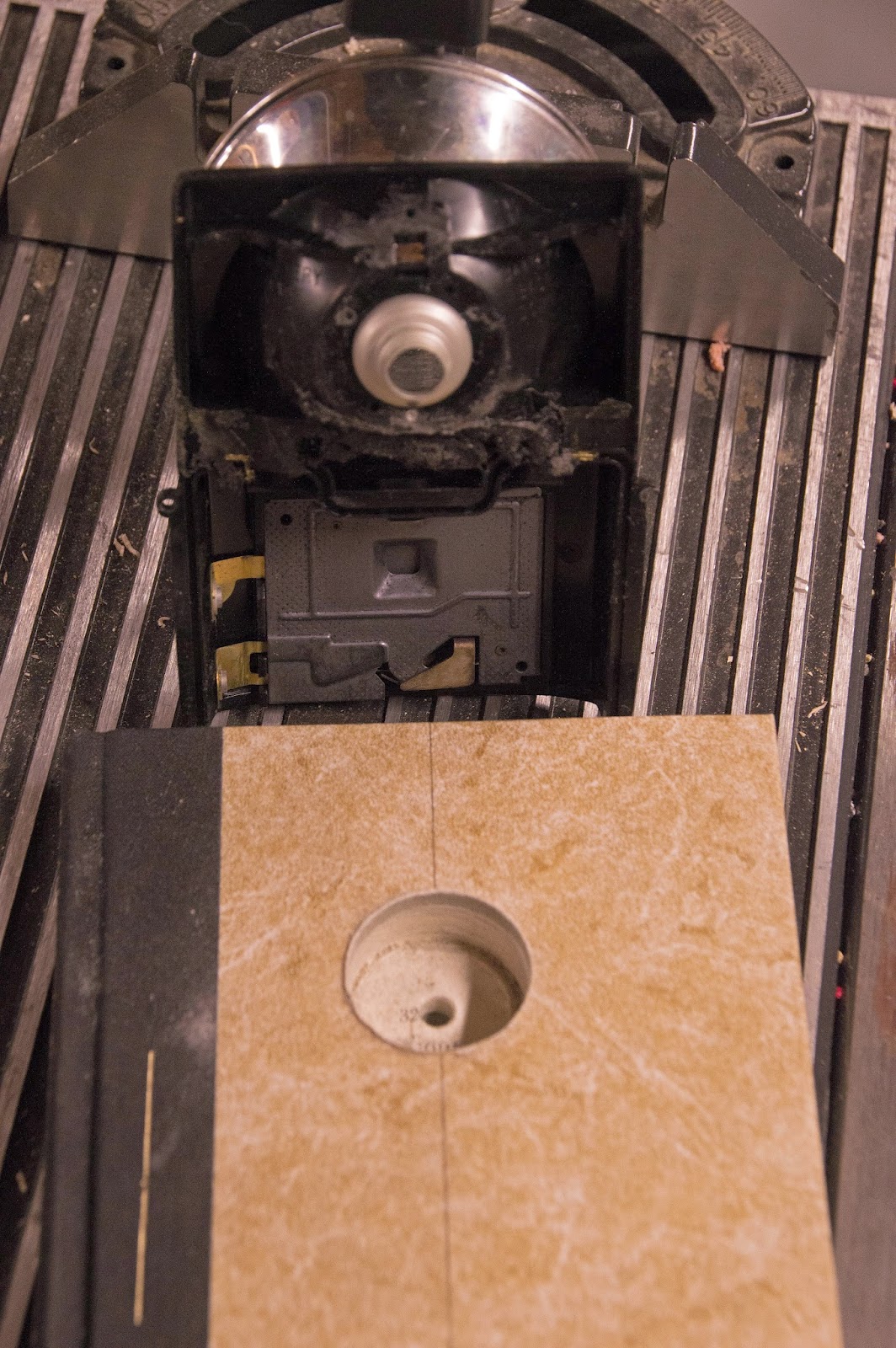 I started with my constant mantra:  first step is to drill holes for the hanging device and to hold the book together.  The central core was cut on the drill press with a hole saw which also allowed a bolt to come through the back, past the flash basin, and let me affix my next assemblage in place. 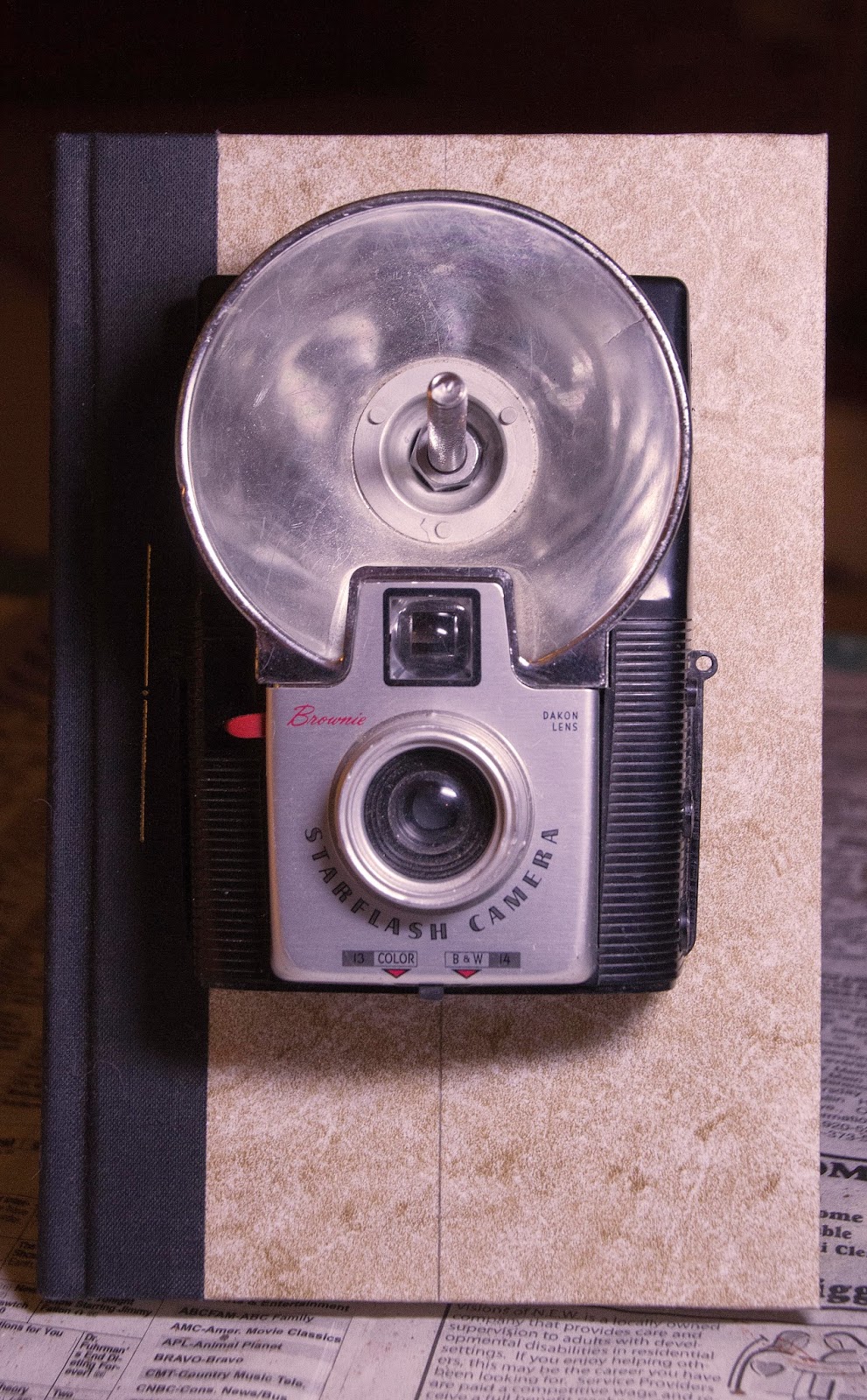 Onto the bolt I was able to attach an arm.  From my stash of eyeballs I selected a cat's eye (in part because it was the perfect fit over the lens of the camera).  Then it was time to do some painting, painting, painting. 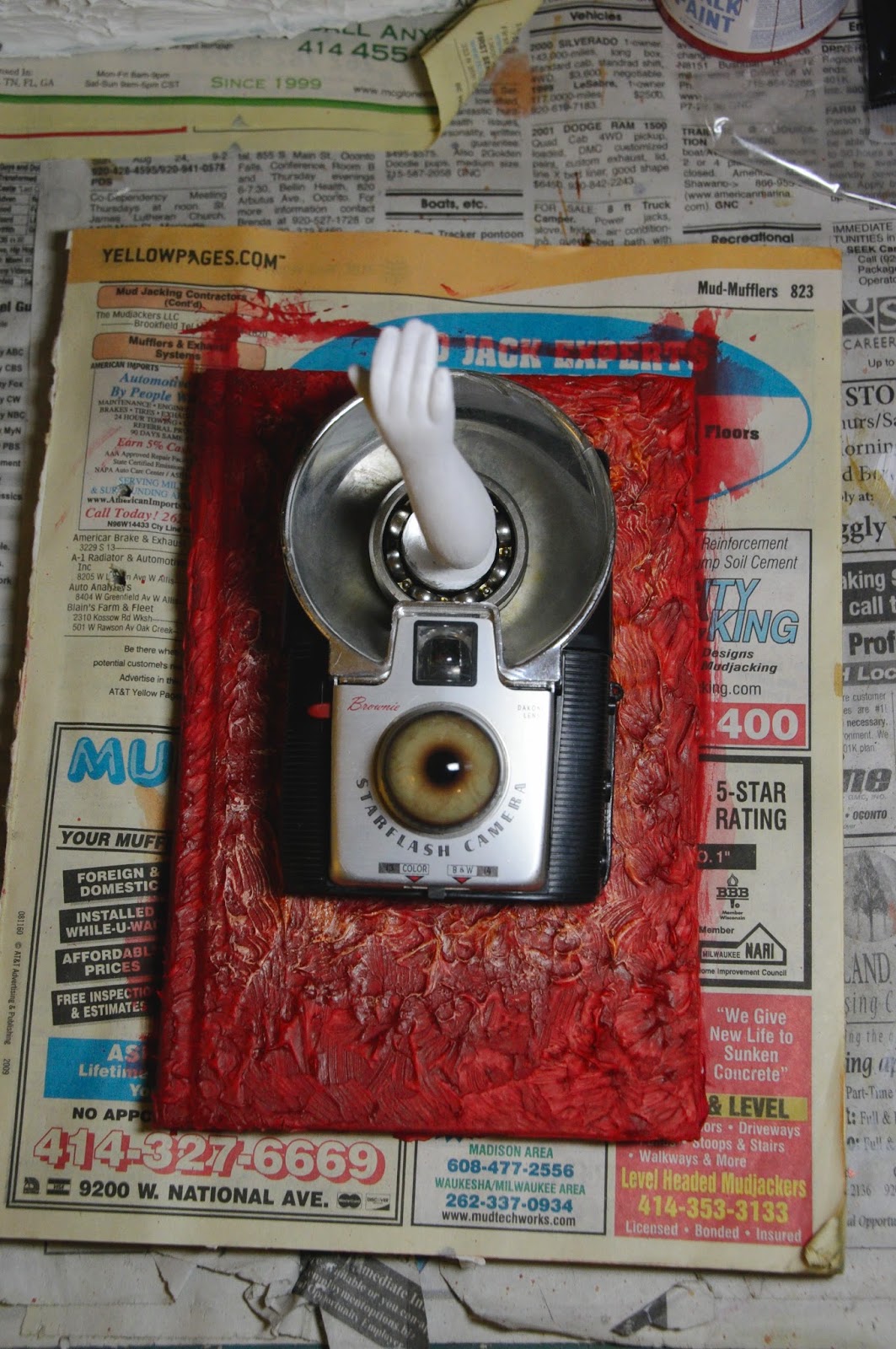 For me, titles imbue the theme of any piece.  For this one, as it was coming together, I remembered a Christopher Isherwood quote from The Berlin Stories (the work that would become the source material for the Broadway show and feature film, Cabaret):  "I am a camera with its shutter open, quite passive, recording, not thinking."  Because this piece is about identity and is retrospective in nature, I decided to paraphrase the quote and go with:  I Was a Camera With My Shutter Wide Open, Recording.  I decided to go with the theme painted on tin in the style of Mexican votive art.

Here is an example of that: 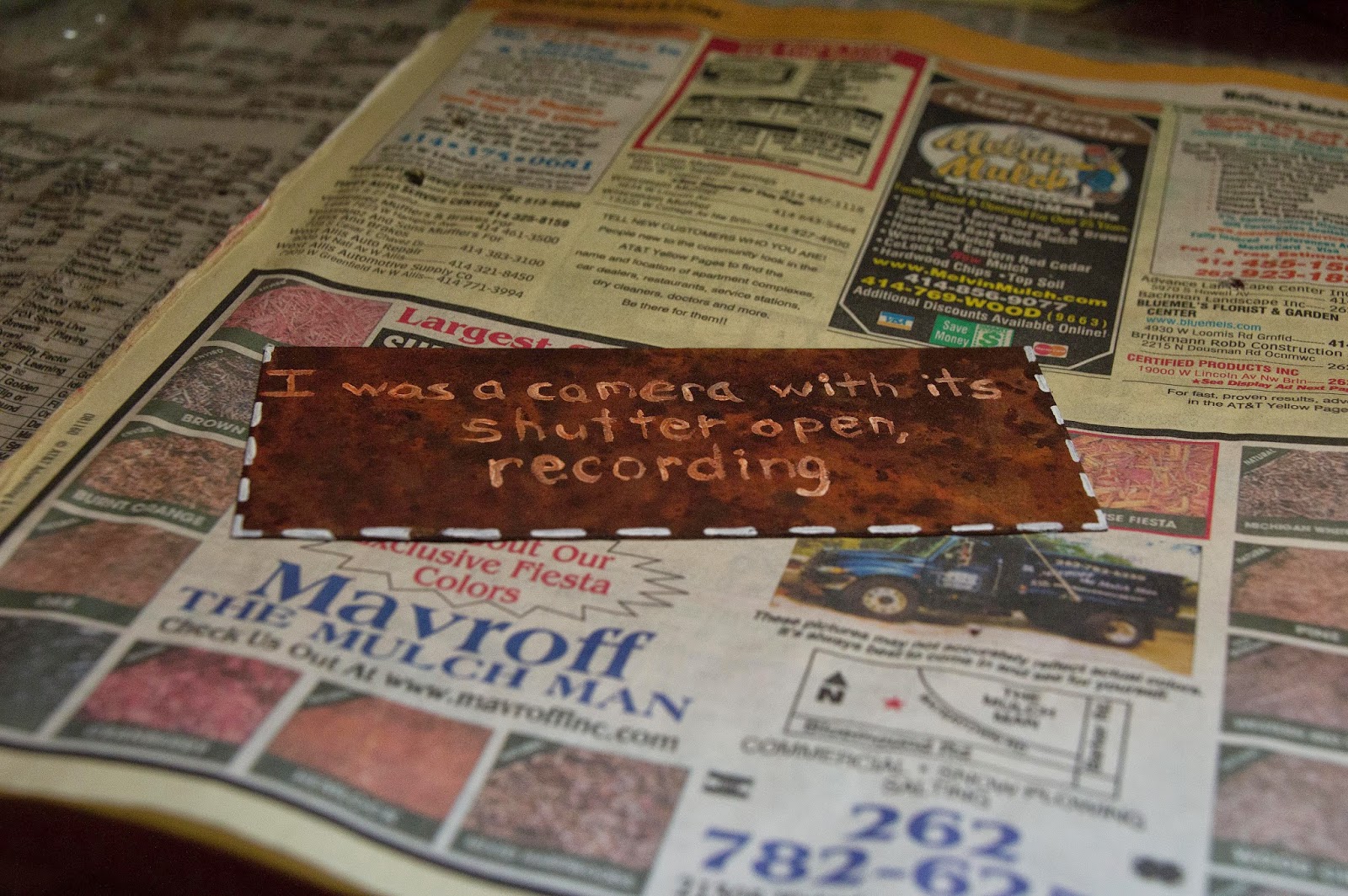 So I glued it onto the front of the assemblage and pretty much hated it from the moment the glue dried.  The reason was it looked like a billboard instead of part of the art.  I decided to remove the tin but then discovered that E6000 does its job.  So, plan B was to create text in a smaller font and paste that on the tin. 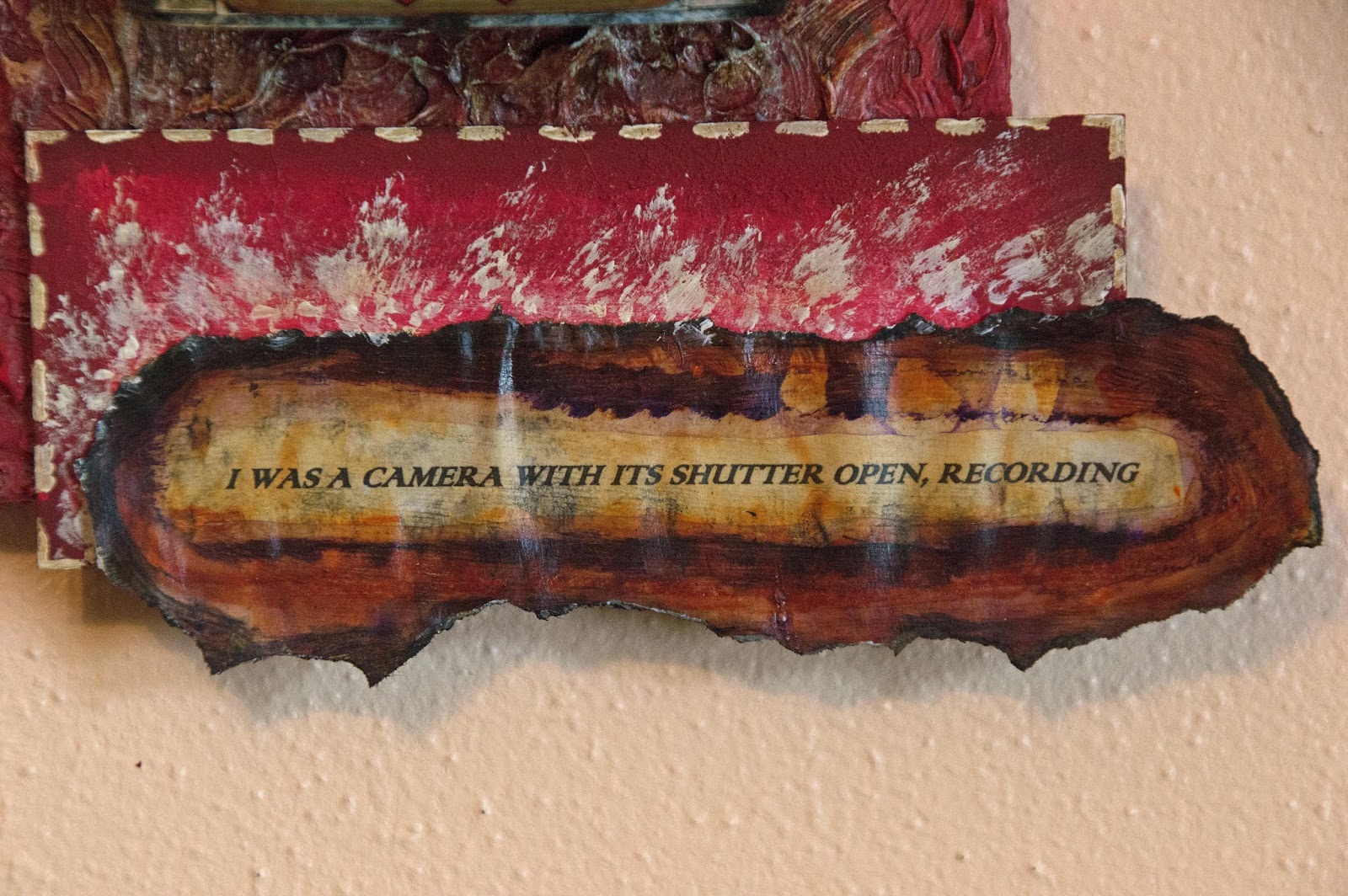 Then it was time to detail paint the assemblage. 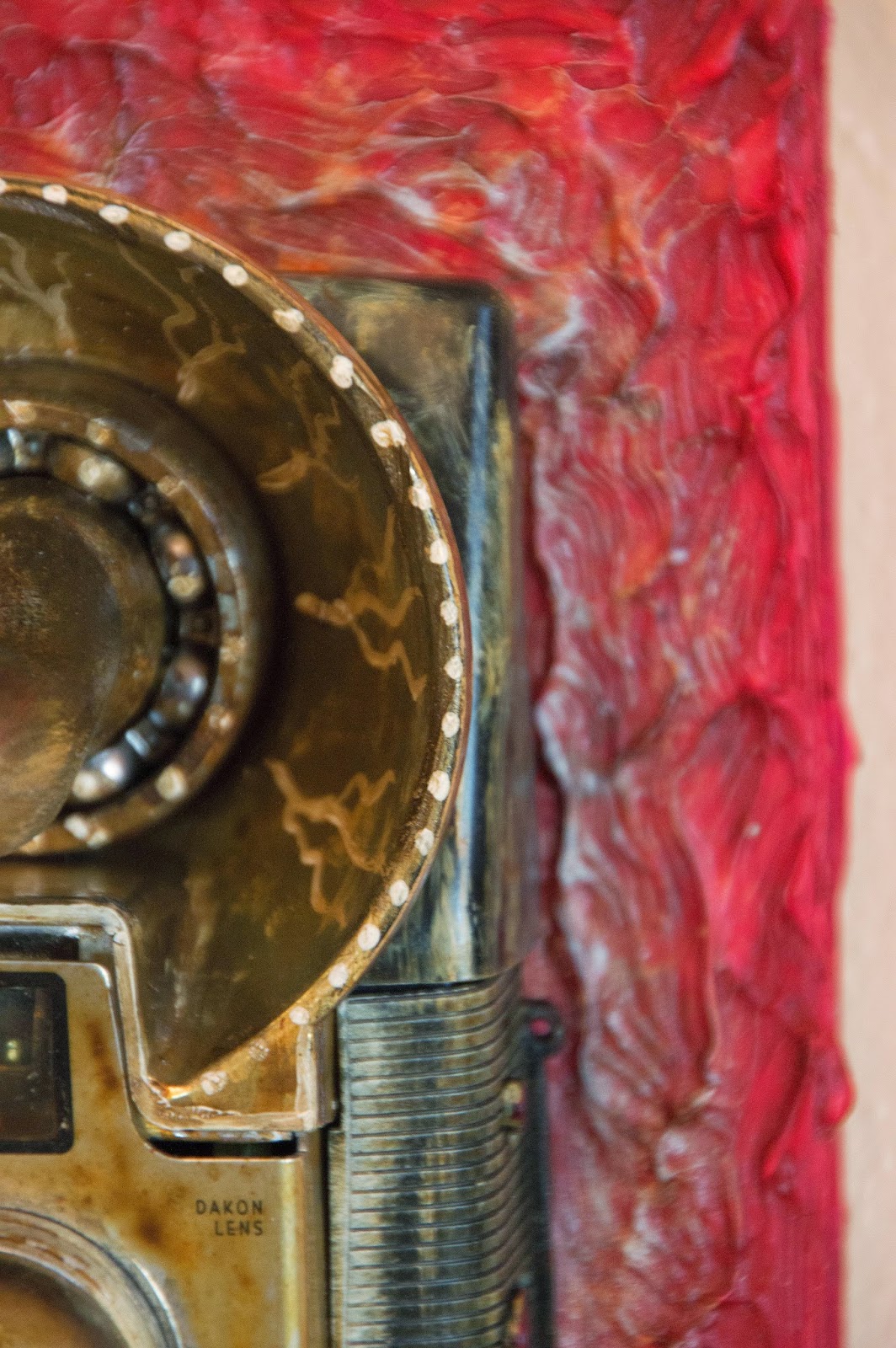 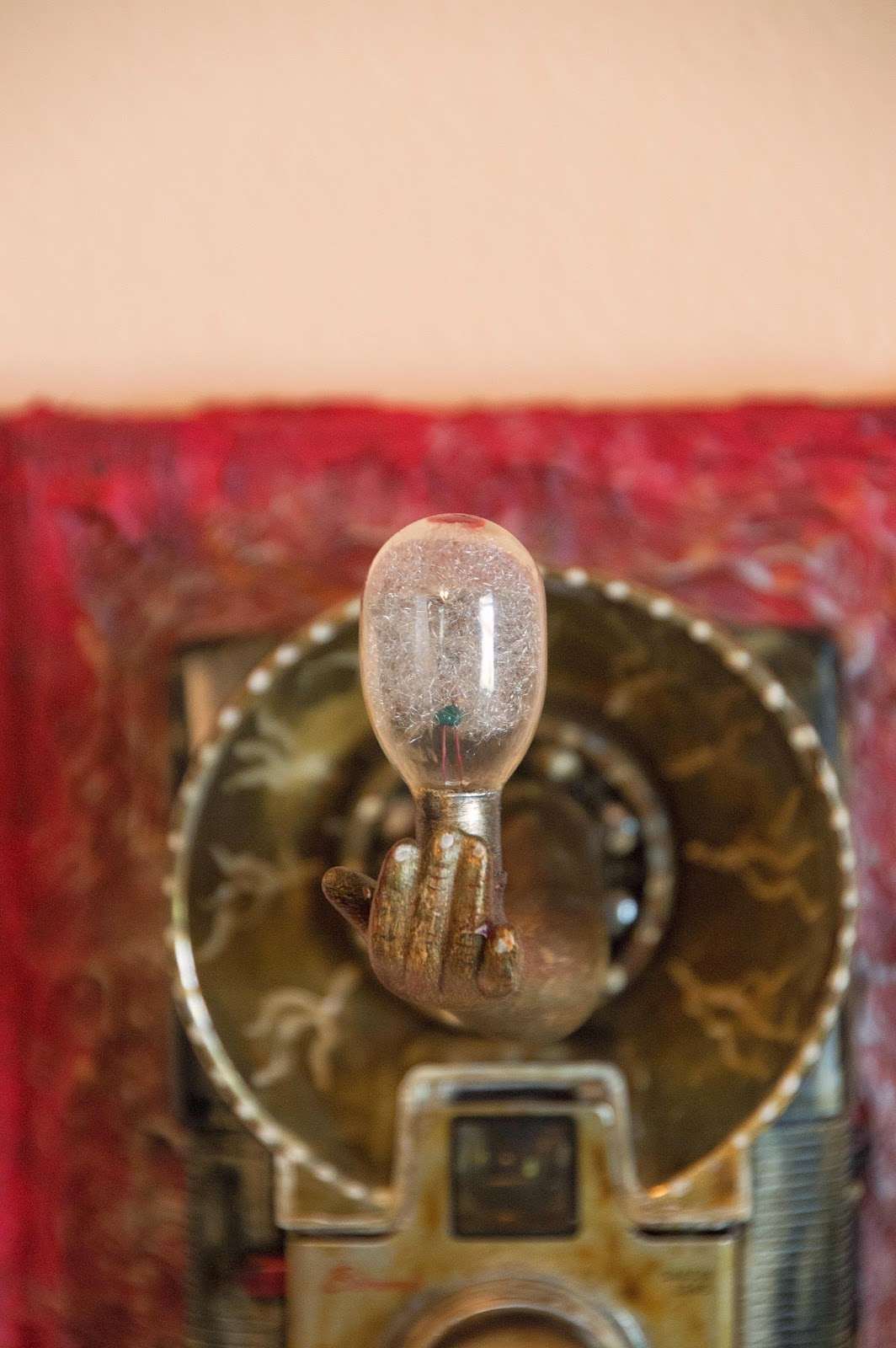 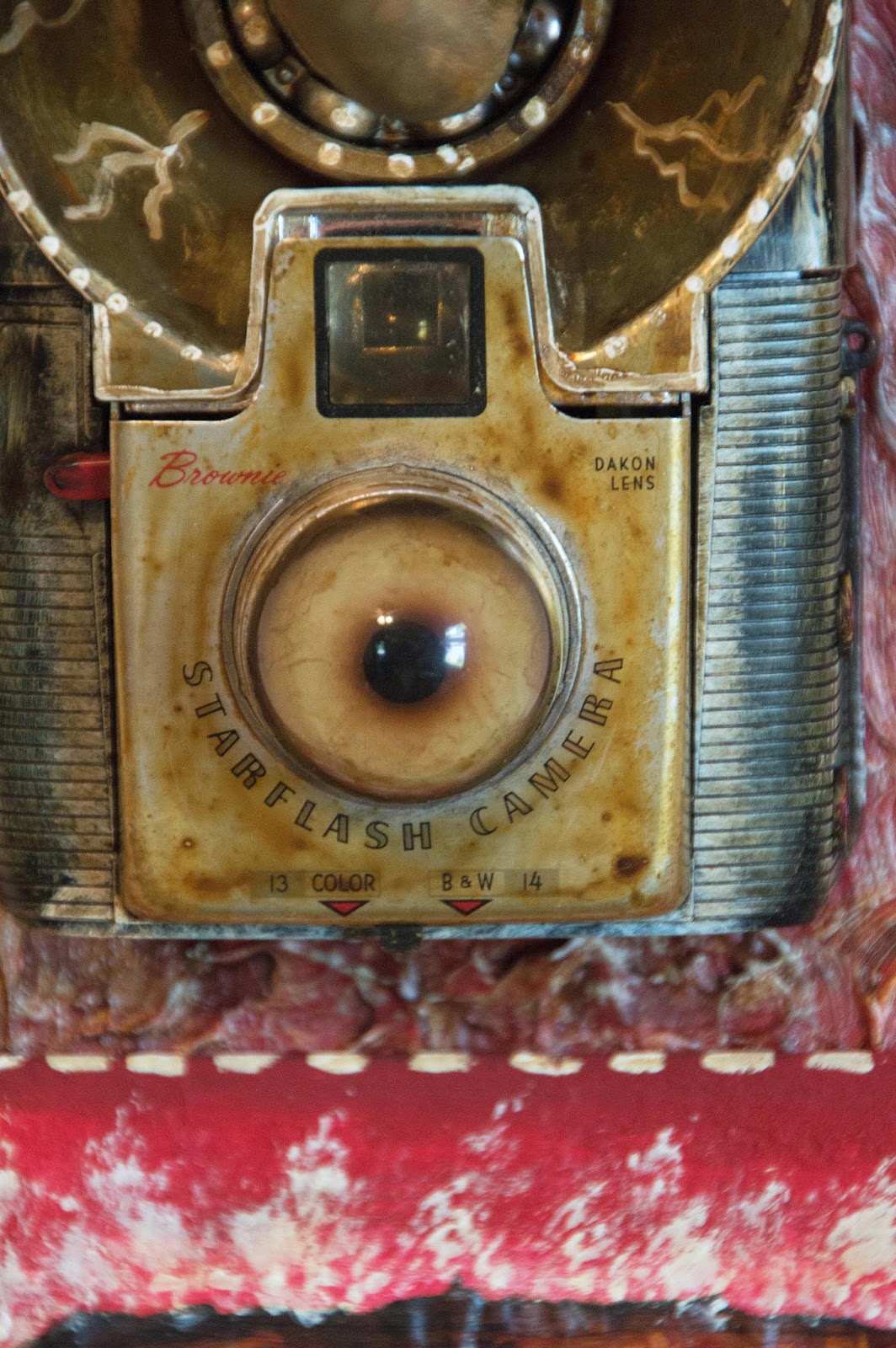 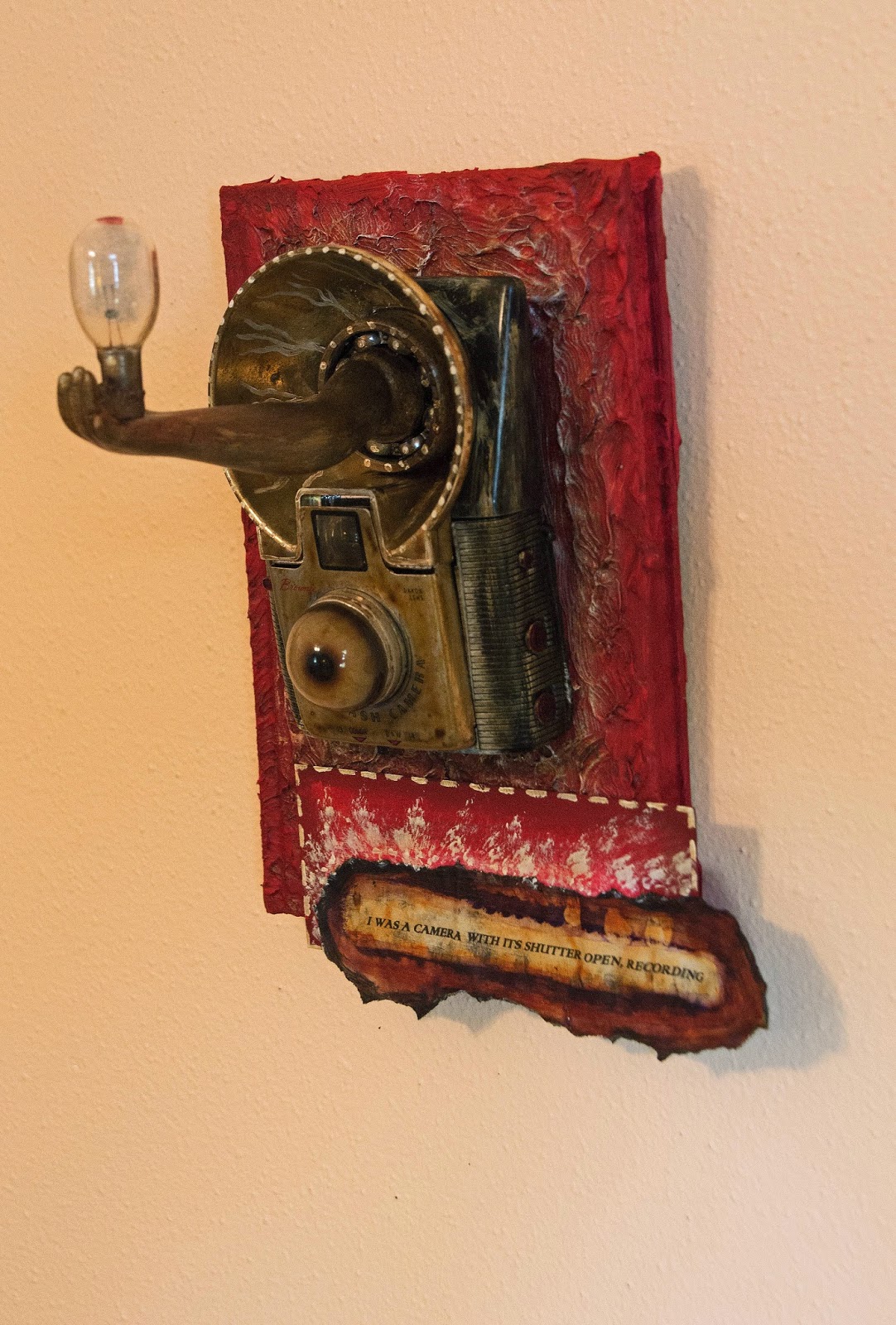 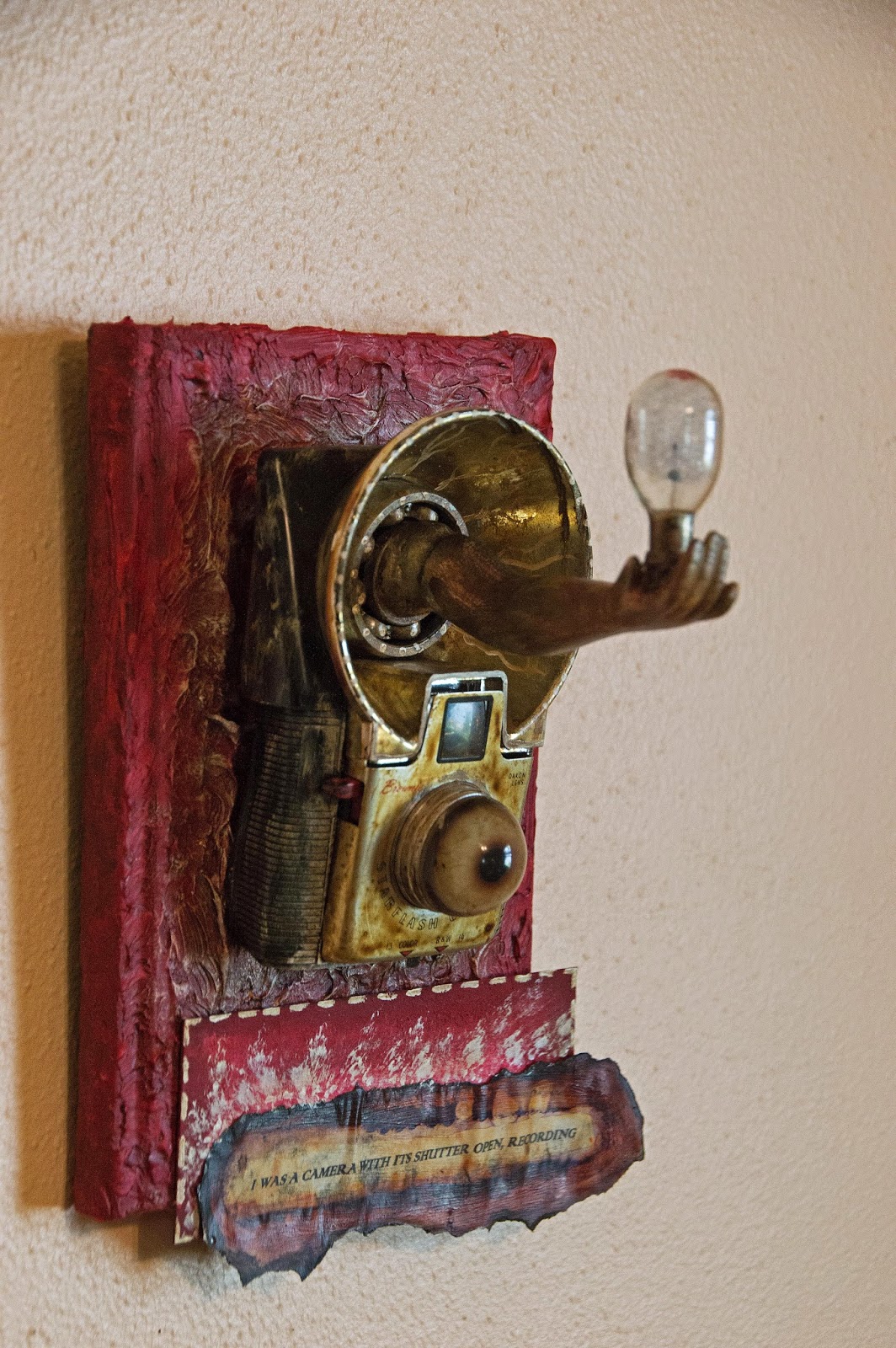 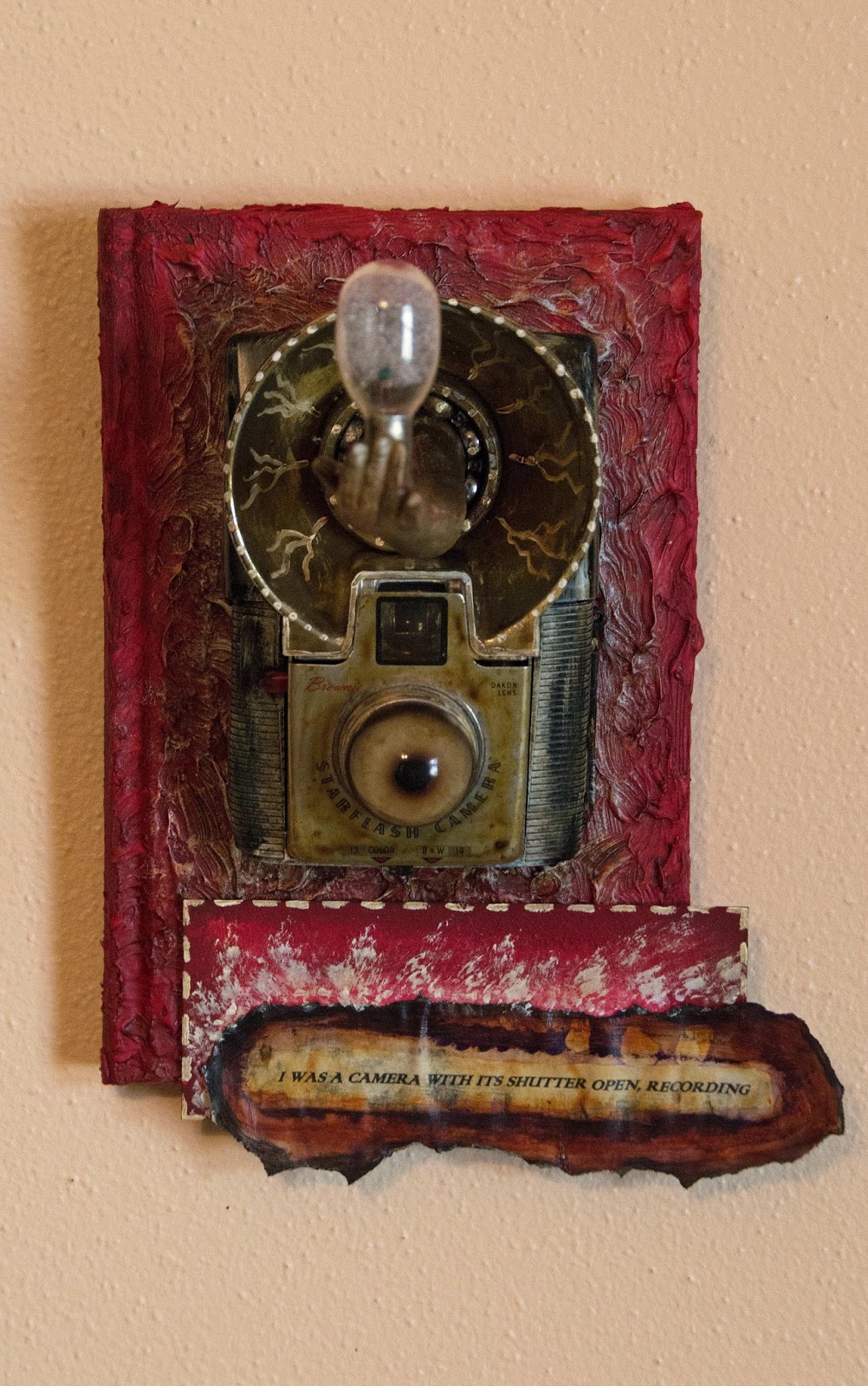 And so, we have, I Was a Camera With My Shutter Open, Recording.

...so I ripped off the text again.

This time I decided that I wanted to feature the camera operator as well as the camera.  I went through my pile of cabinet cards and found an image that would work.  It is a Brownie Camera after all so why not go with the idea that this might have been a photographer's first camera. 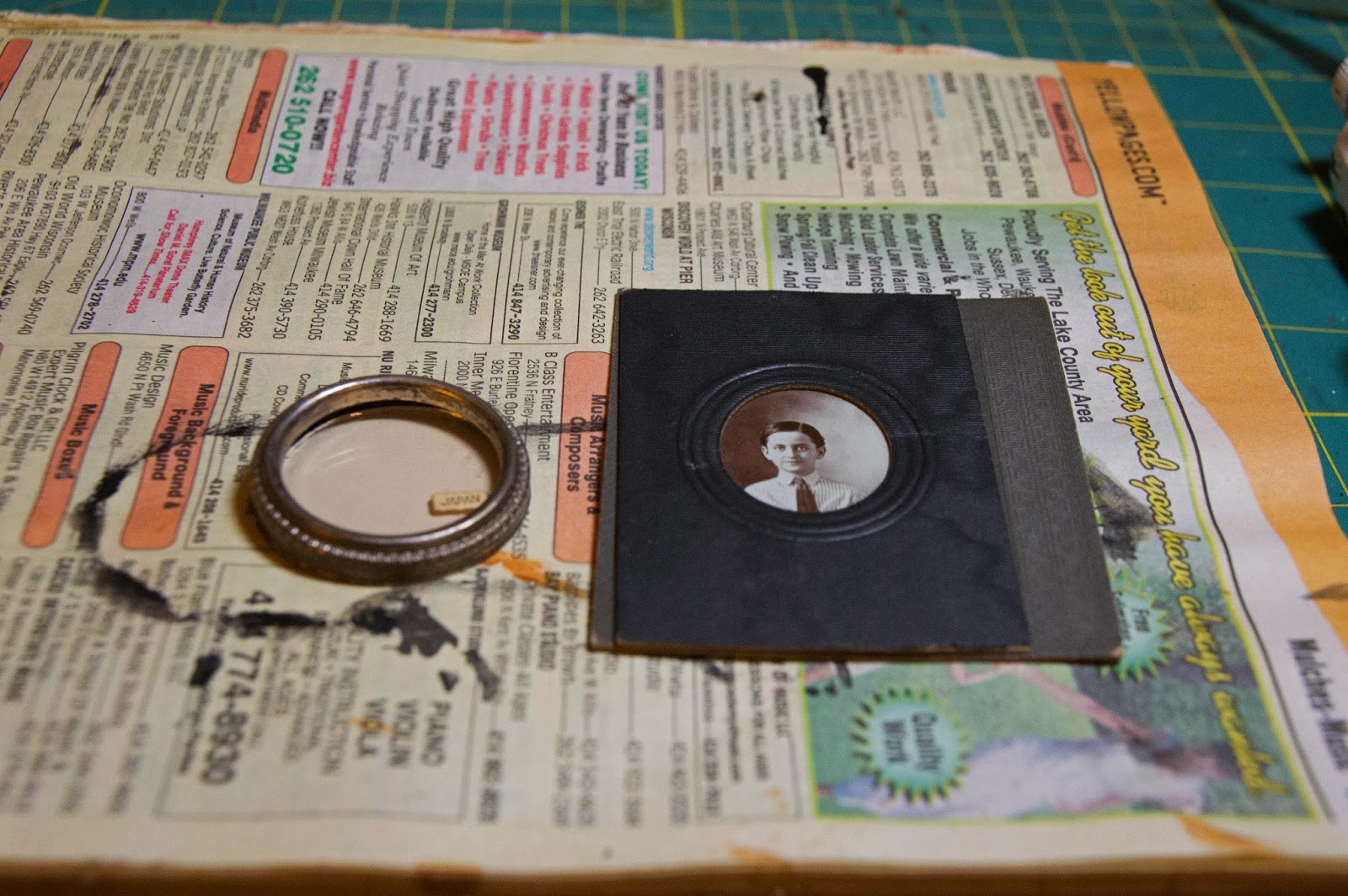 When I do flea markets with Denice she spends a lot of time looking at jewelry.  She was the one who spotted this little bezel frame and she bought it for me.  I thought is circular nature echoed the flash and the lens so I painted it up. 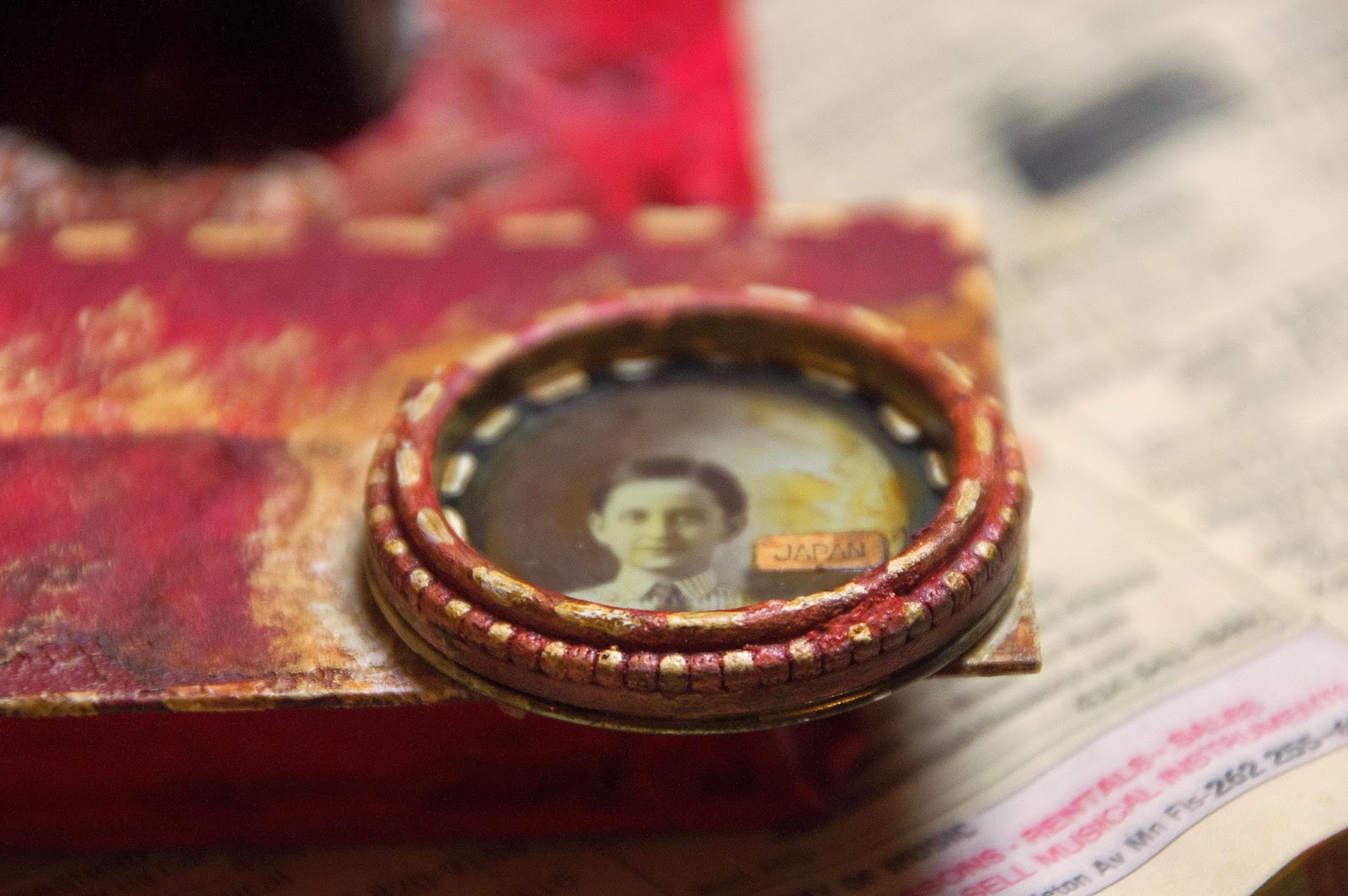 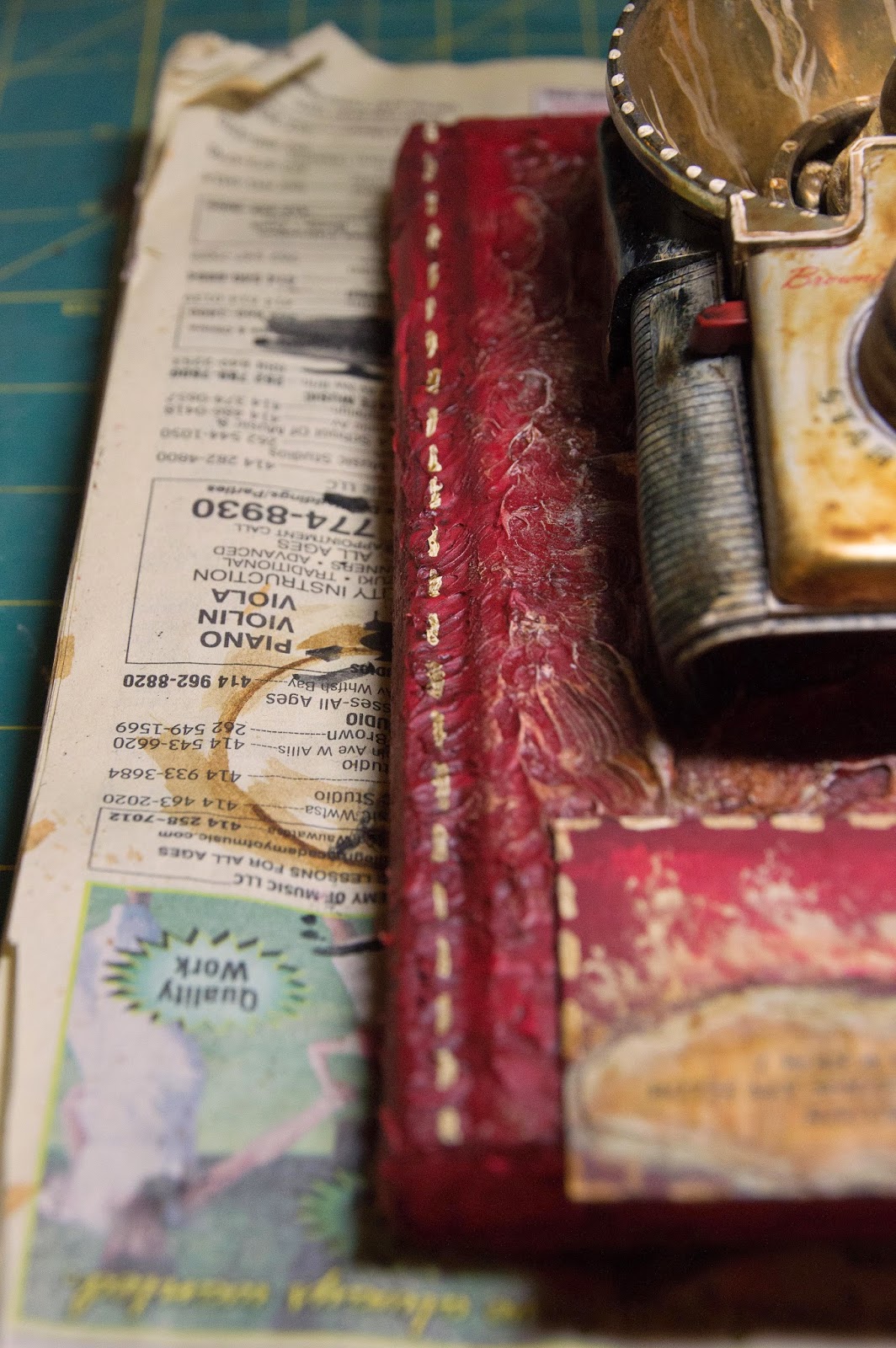 I added a leading line down the spine of the book and then created my third attempt at getting the text on the assemblage.  This time I went with an additional word in the paraphrase of Isherwood as I felt it added a sense of wonder to the statement. 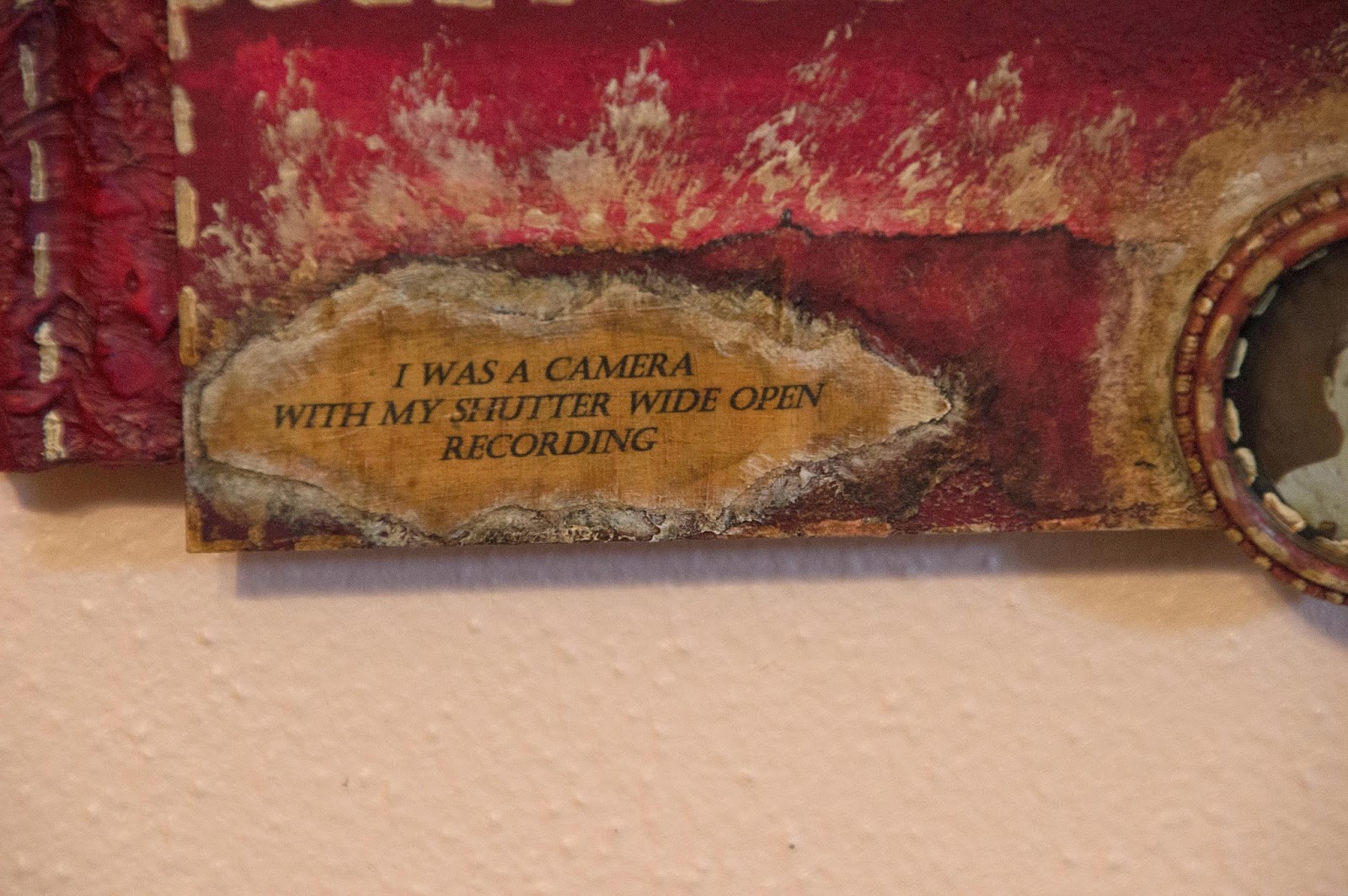 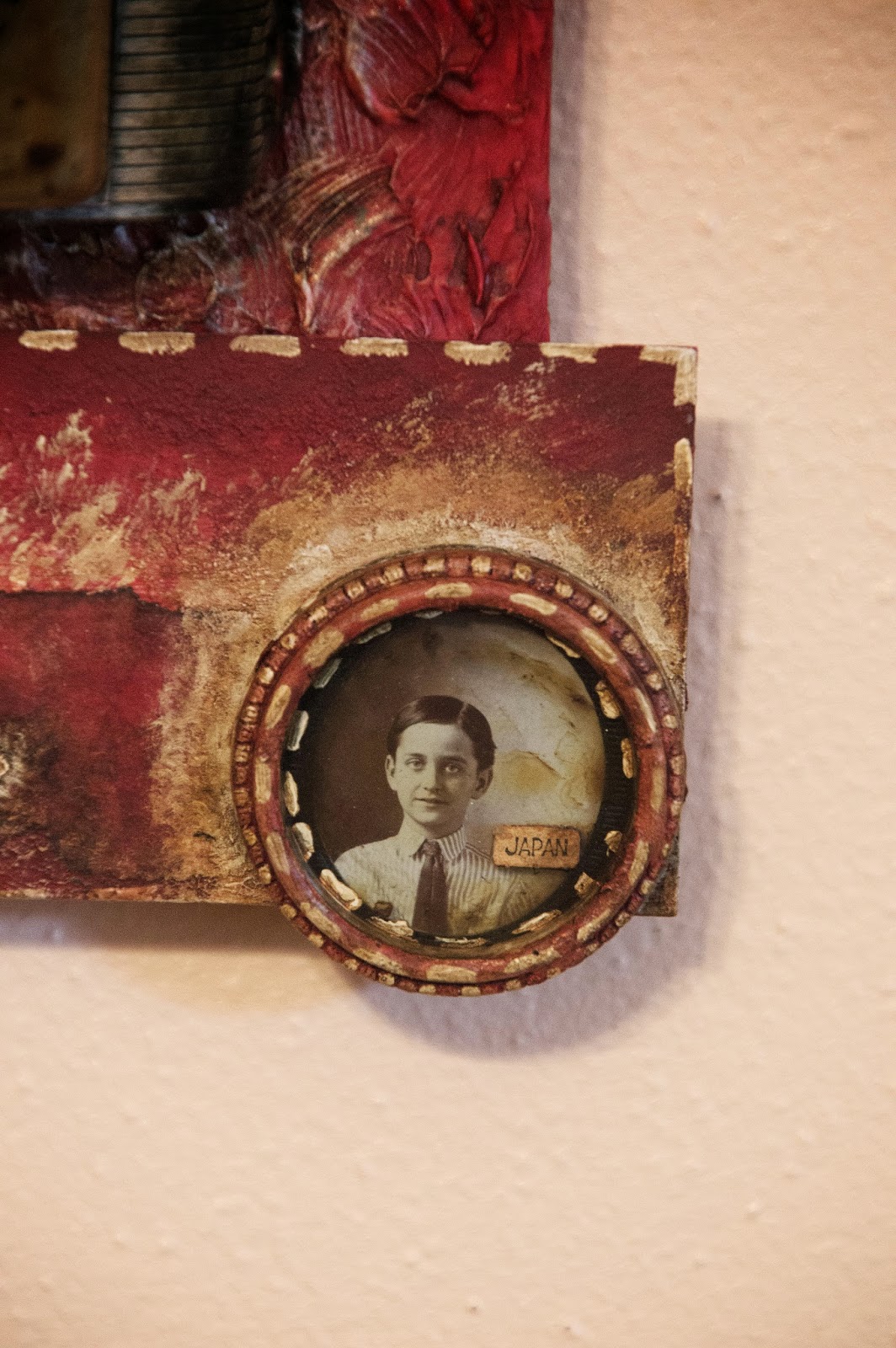 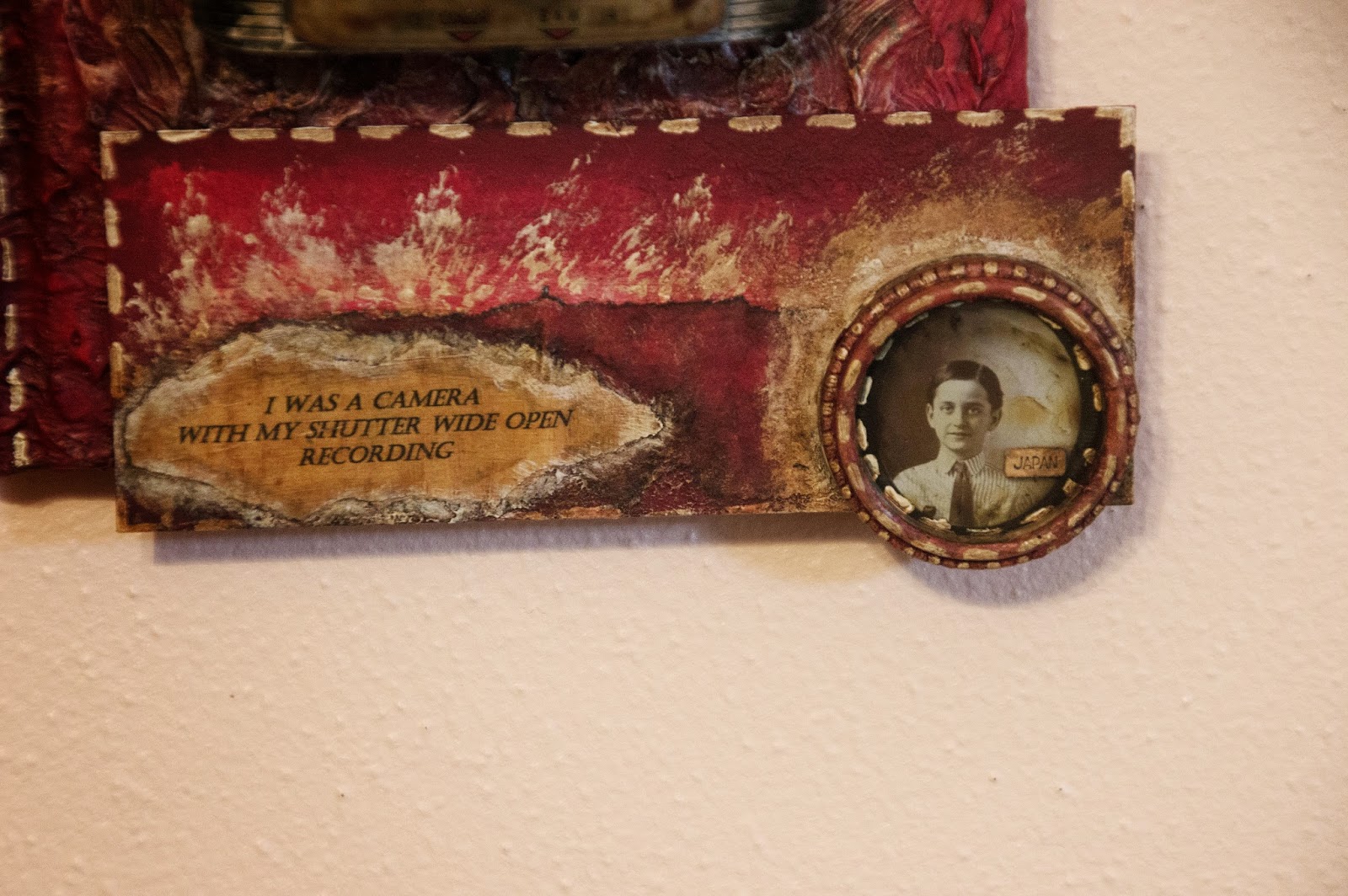 And so, after much creative altering, we have I Was a Camera With My Shutter Wide Open Recording. 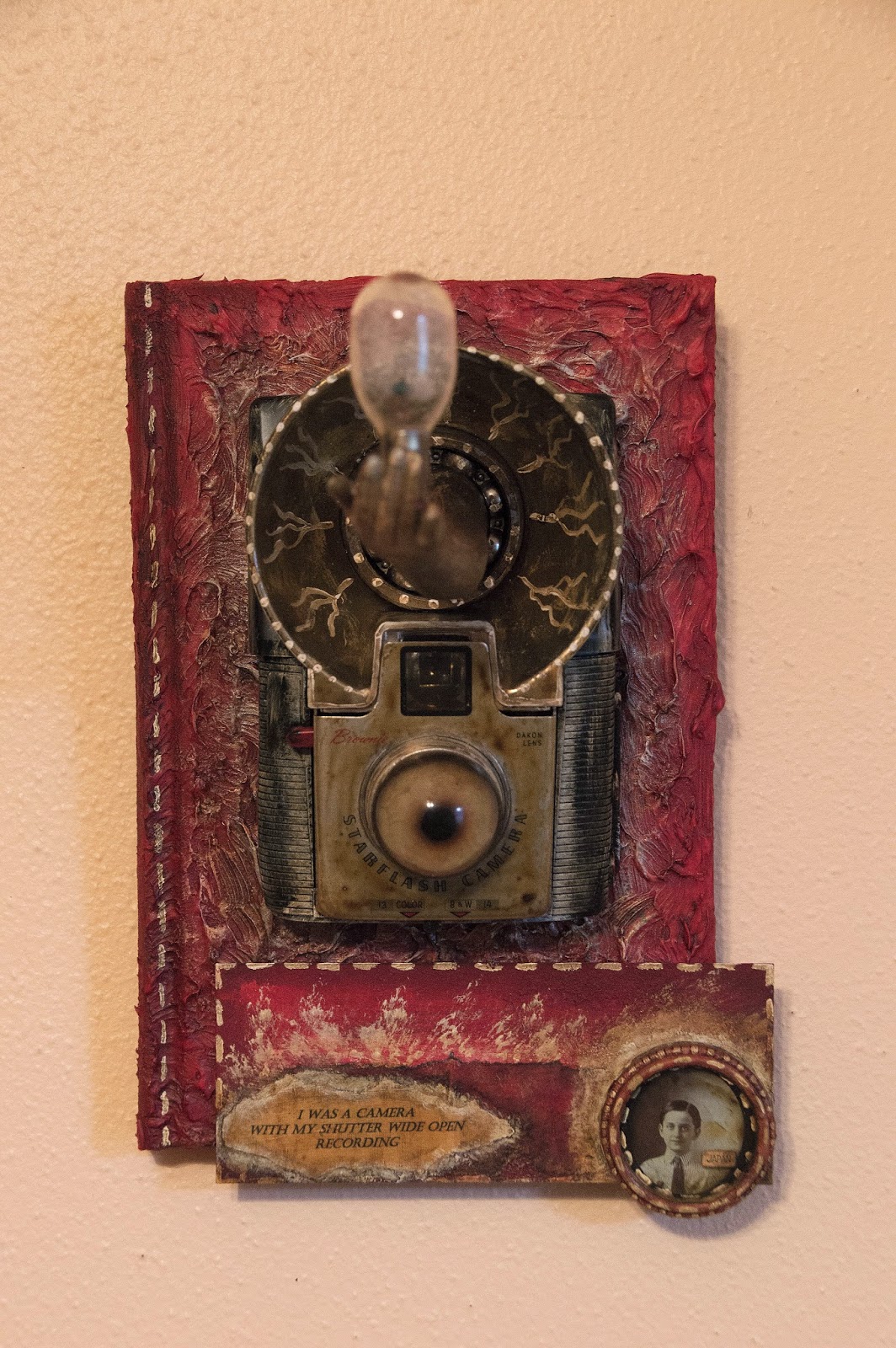 Posted by gary warren niebuhr at 8:01 AM