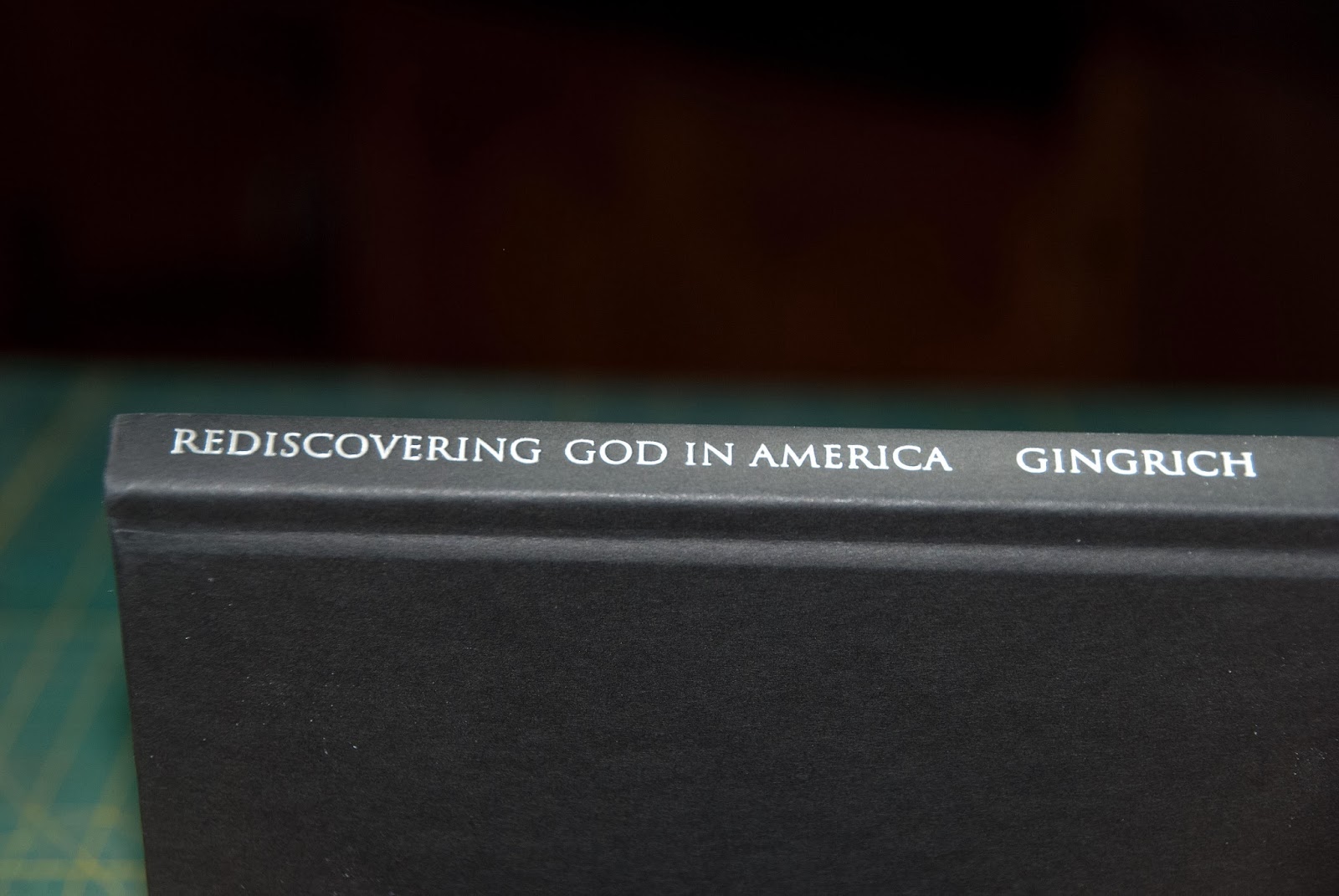 For my fourth book inspired by the on-line workshop Punk Fiction by Michael deMeng, I took great pleasure in carving up a signed first edition of Rediscovering God in America by Newt Gingrich.  Small of me, I realize, but hahahahahahahahahahahaha! 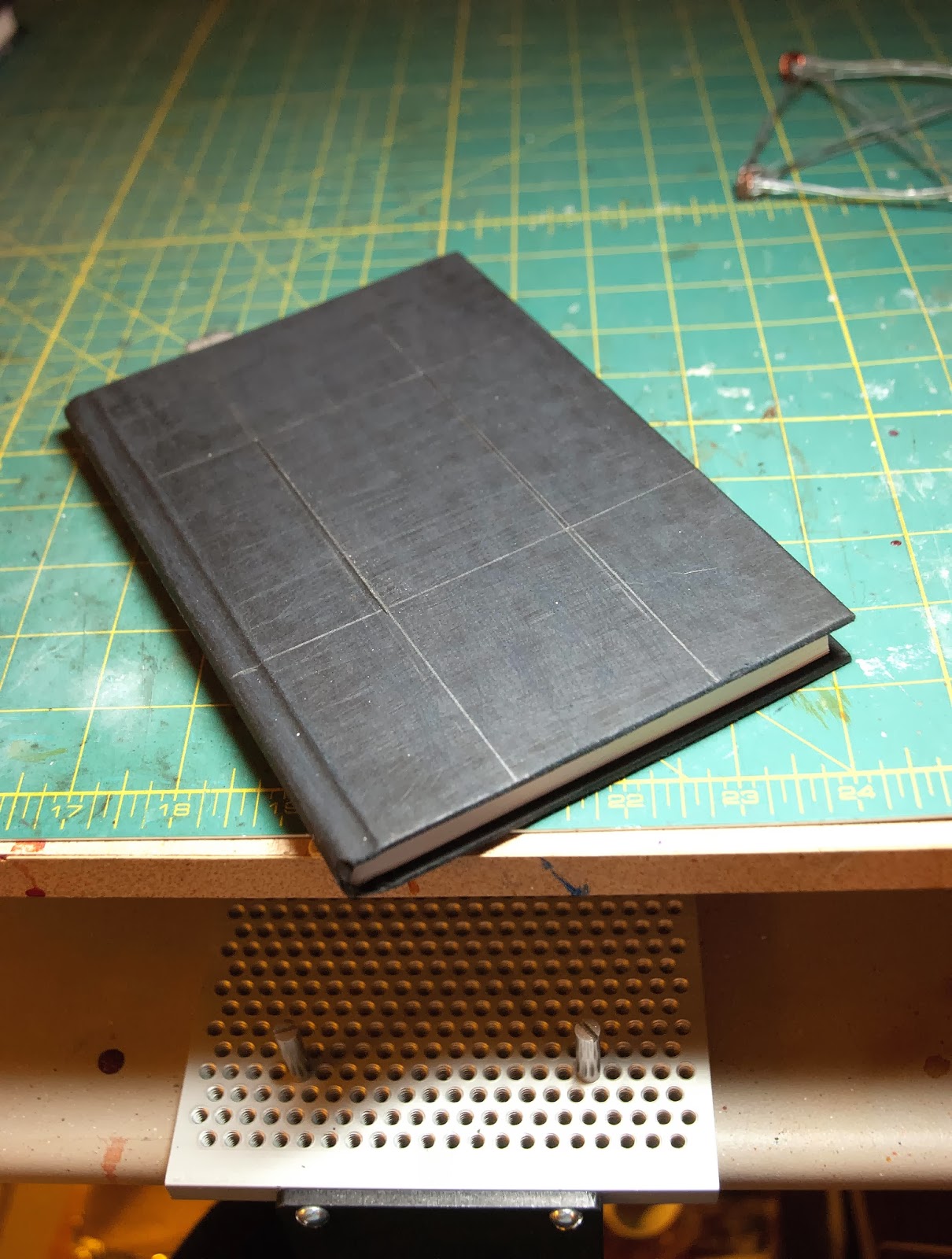 I cut a window into the cover with the idea of creating a space for a steel wire structure based on a form I saw at the Kohler Art Museum designed by the slightly mad (but fairly artistic) Emery Blagdon. 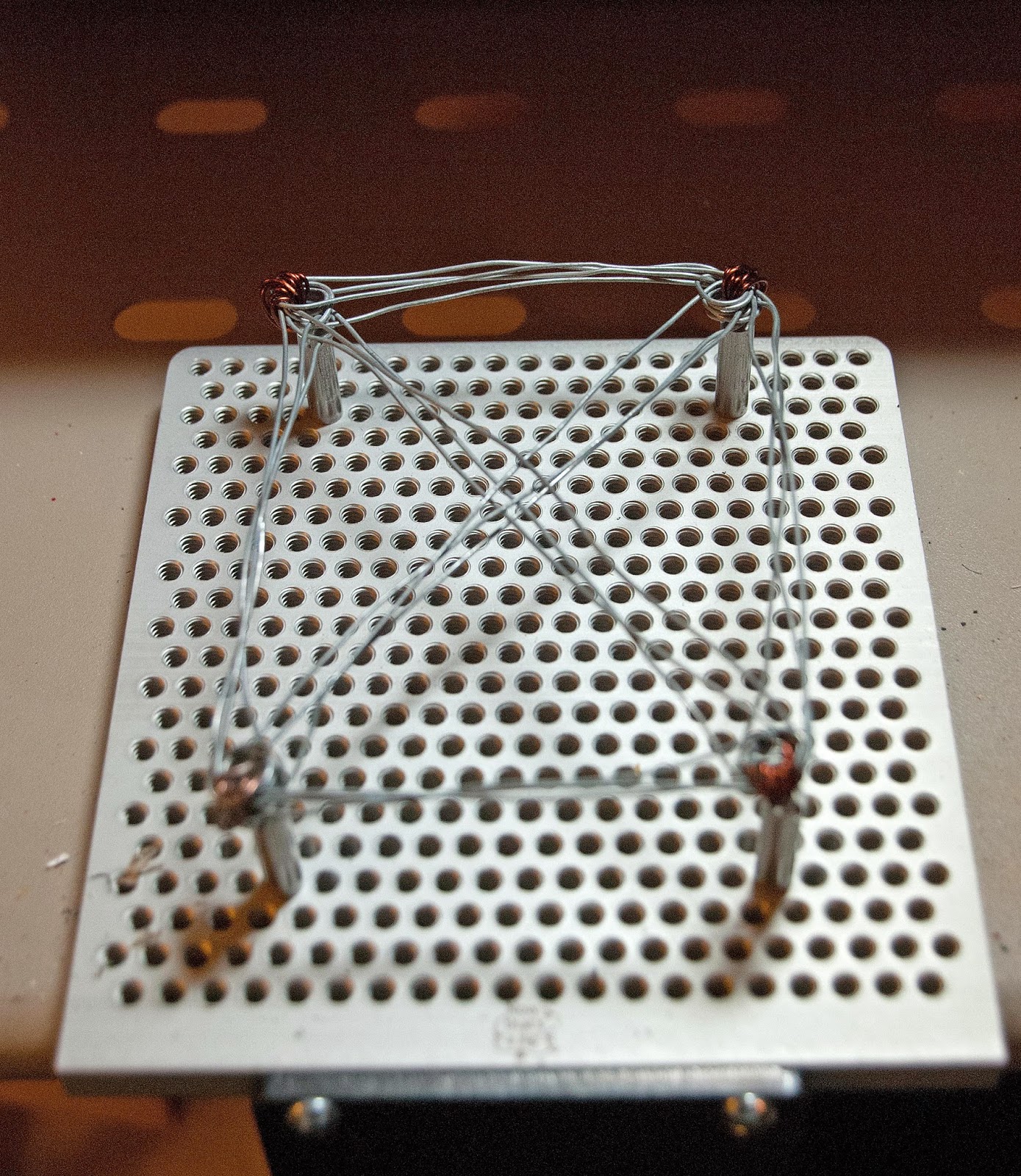 To make the structure, I used my Christmas present, Now That's a Jig! created by Brenda Schweder.  I love how easy it is to wrap rebar wire on this tool. 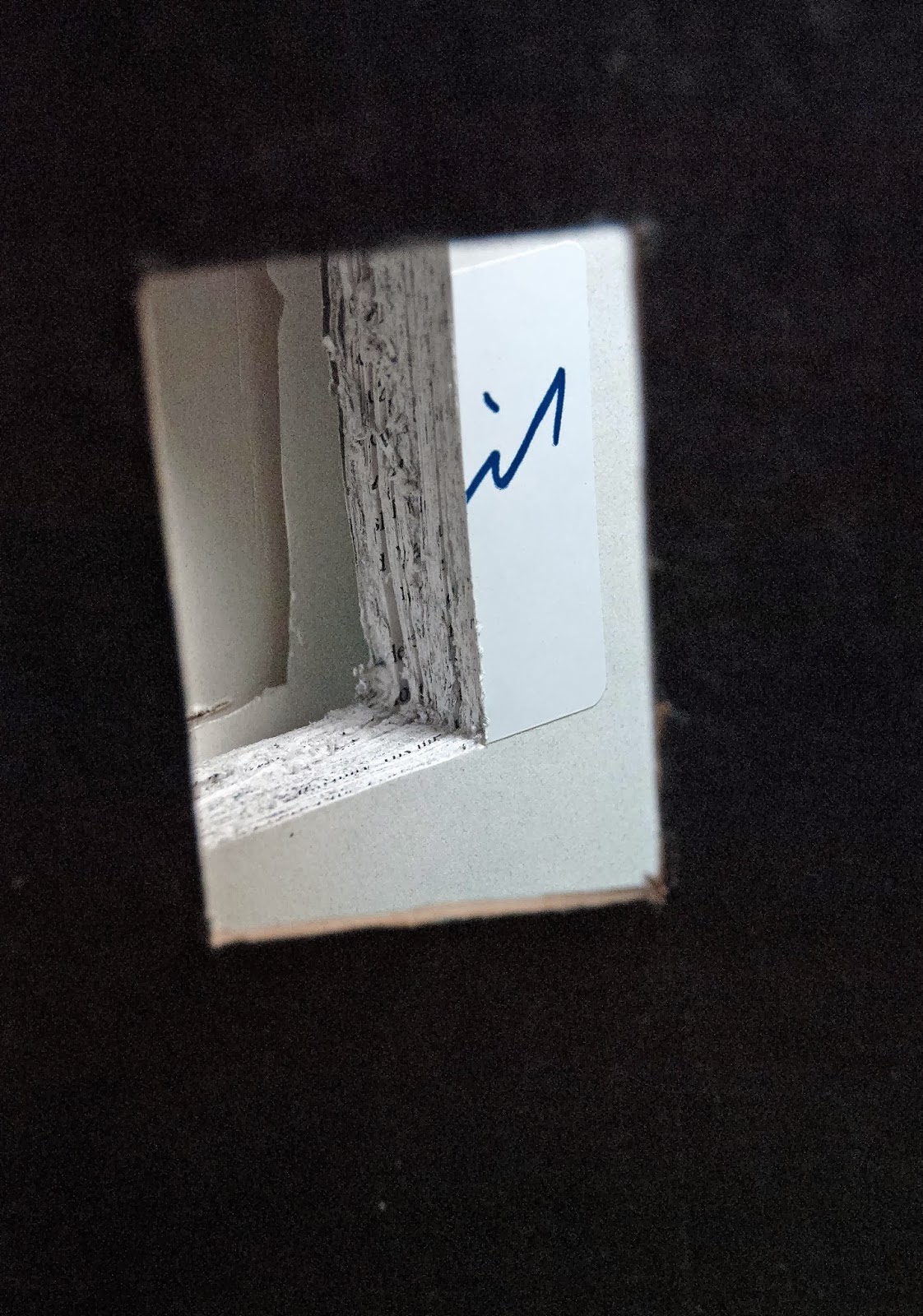 After hacking into the cover, I built a tunnel into the pages of the book, leaving this little swish of Newt's signature.  From the title of the book I took the theme Rediscovering God and so I selected this little saint statute to be set in the window. 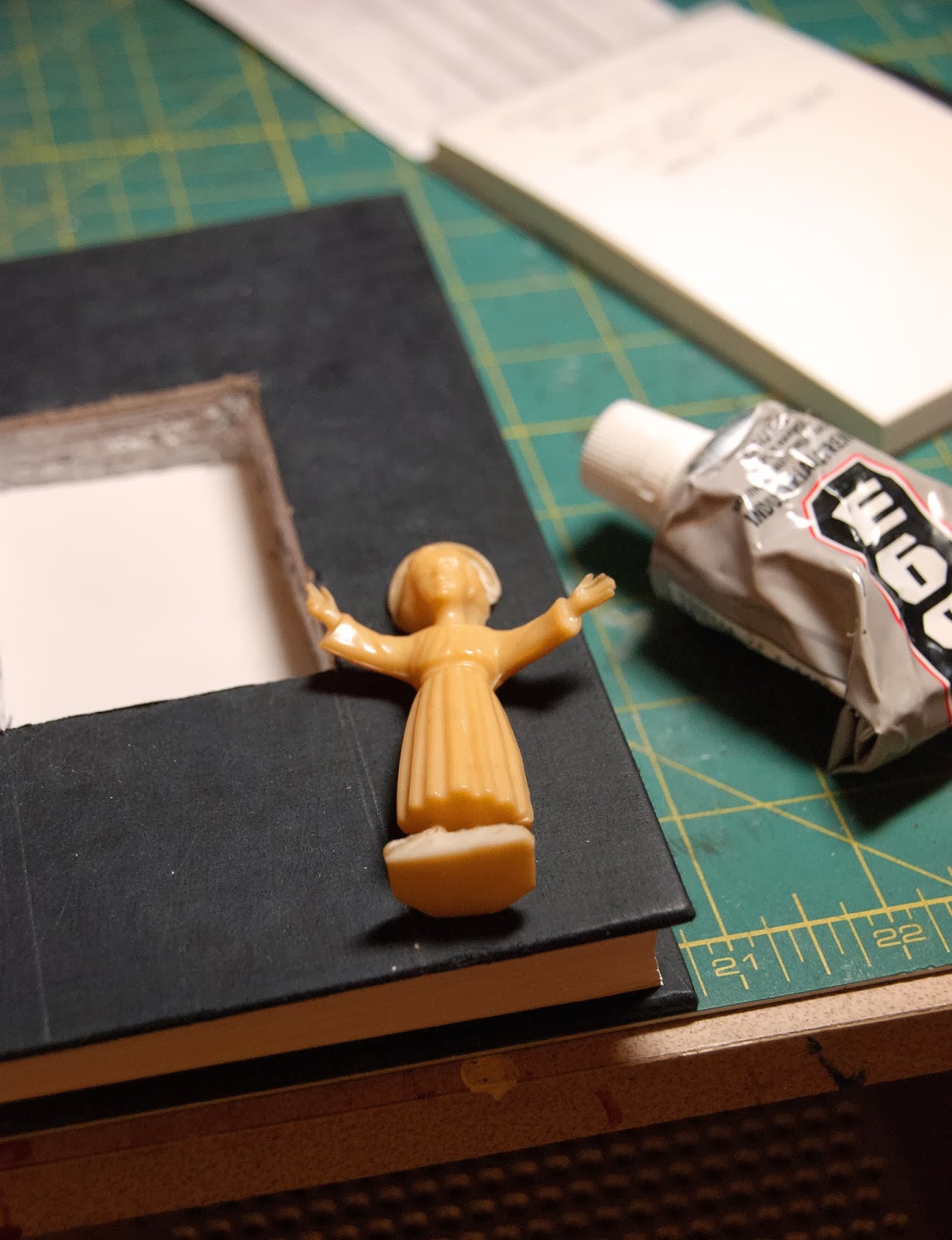 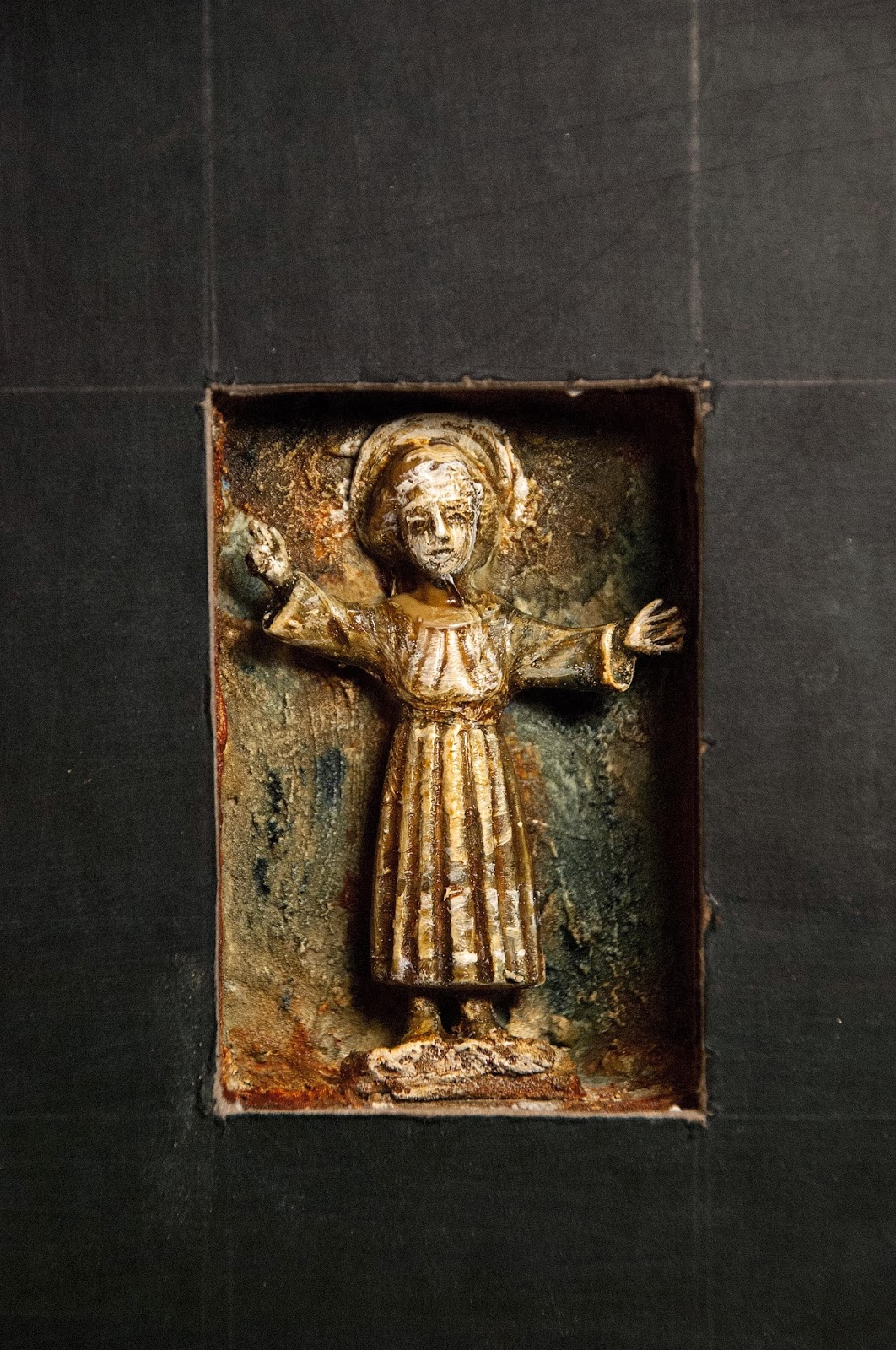 My thought here was to recreate the feeling I got walking in the tombs of New Orleans.  There is such a sense of decay there yet it is also a celebratory feeling to be among the old crypts.

Here is an instance of where the form created the theme rather than the other way around.  For whatever reason, I decided to stick four arms onto the piece with the hope of creating a sense of desperation.  At this point, the piece reminded me of a scene in Jesus Christ Superstar that has stuck with me since I first heard it:  the leper scene.  Surrounded by begging lepers and frustrated by their desperation, Jesus scream, "Heal yourselves!" 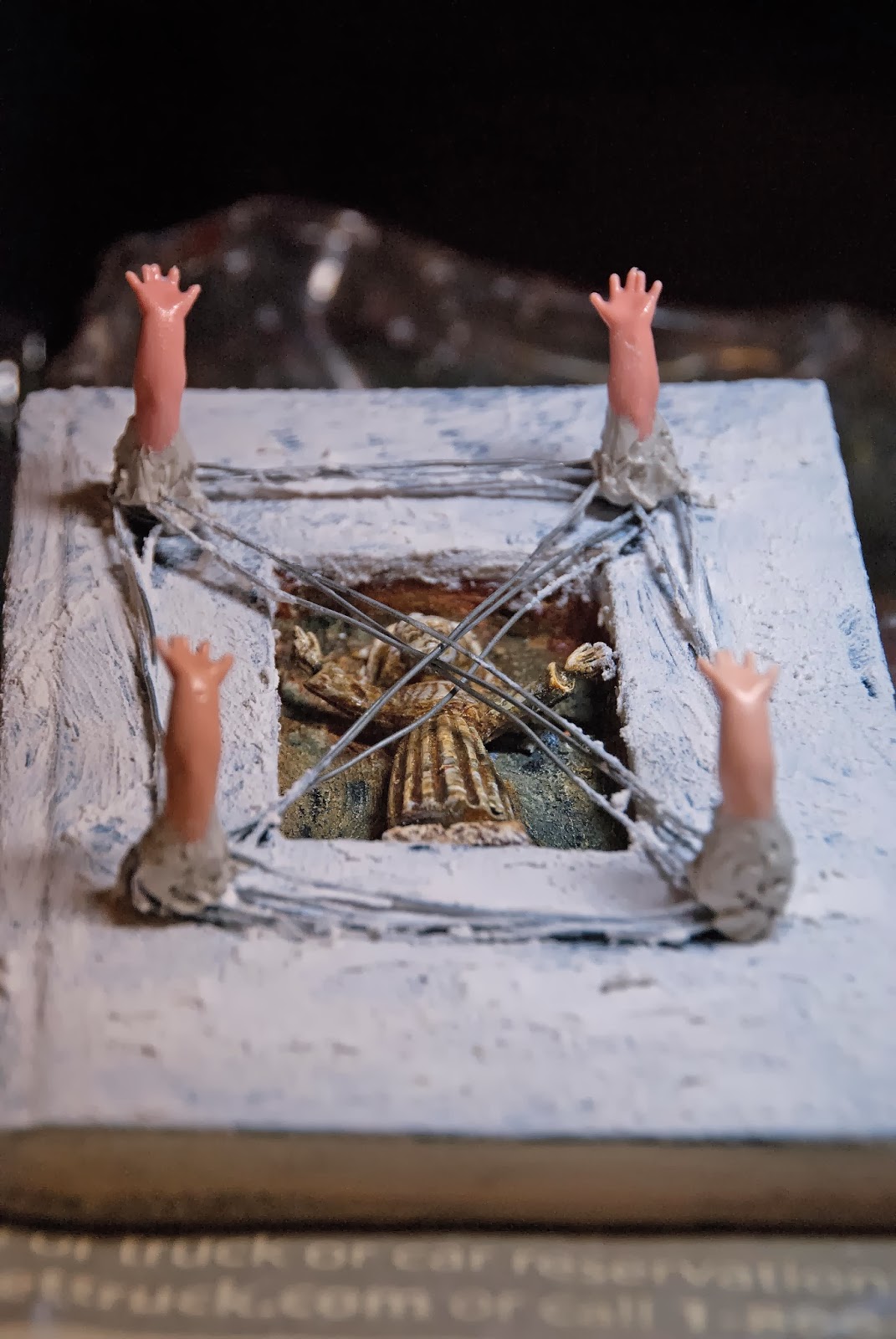 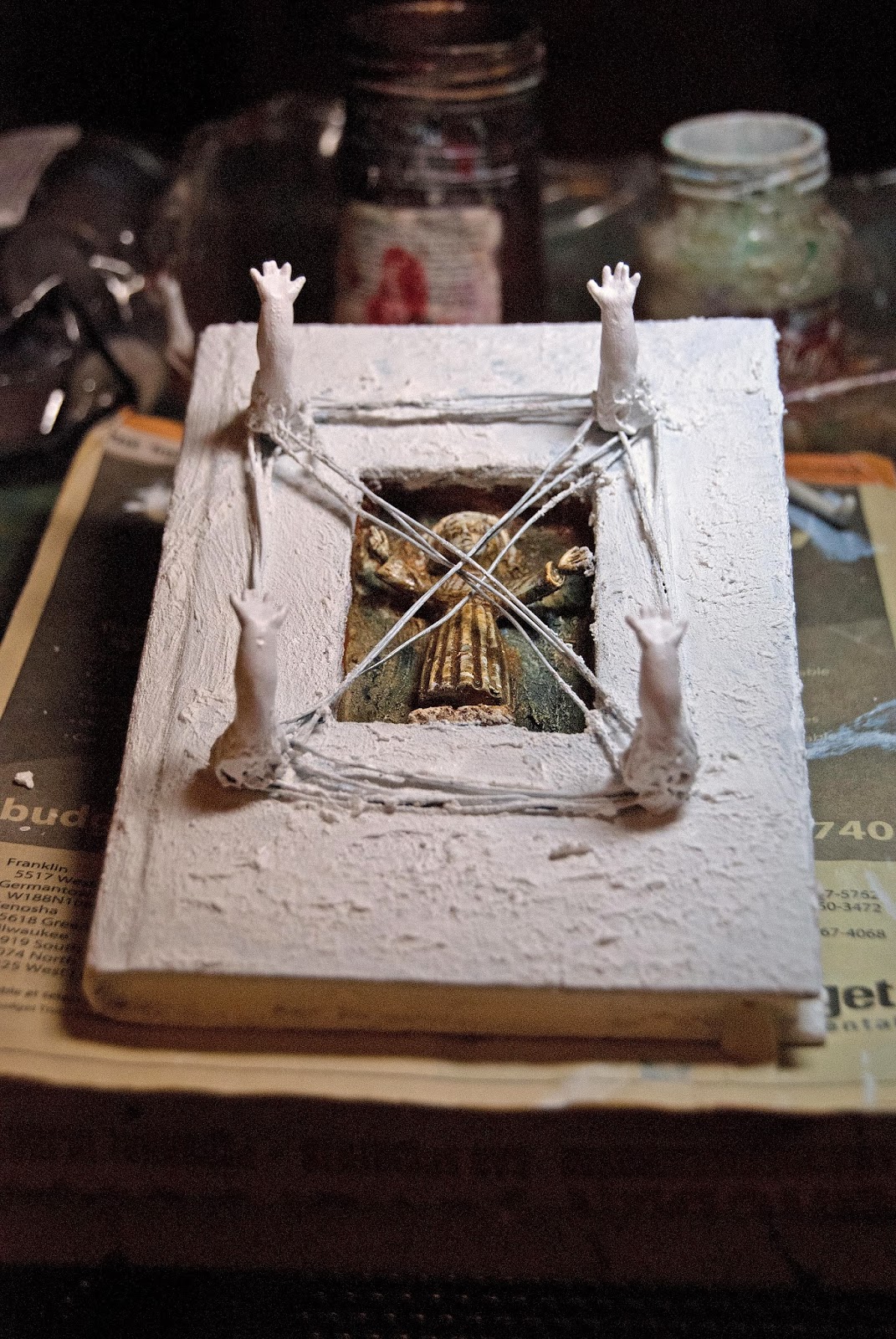 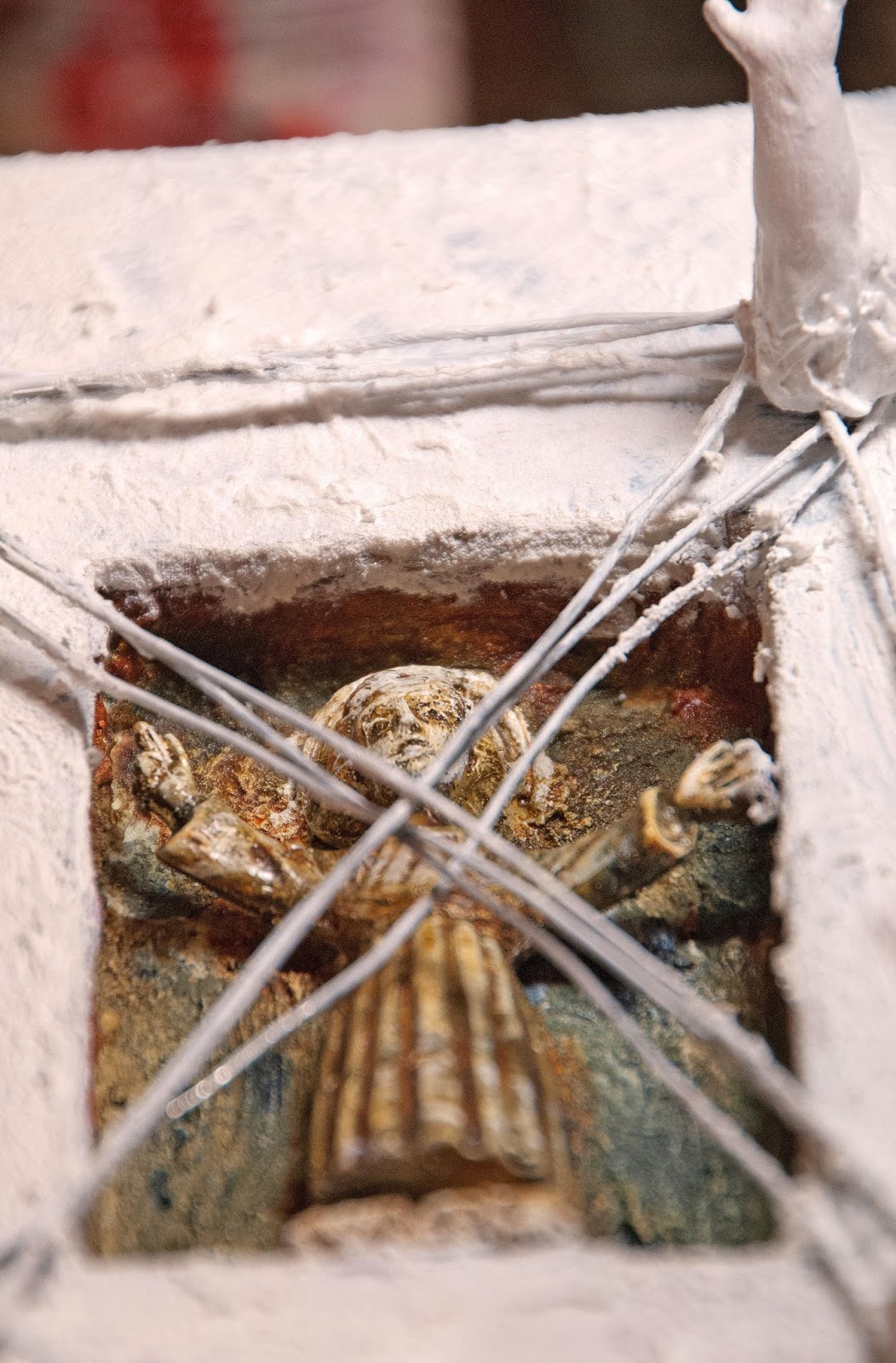 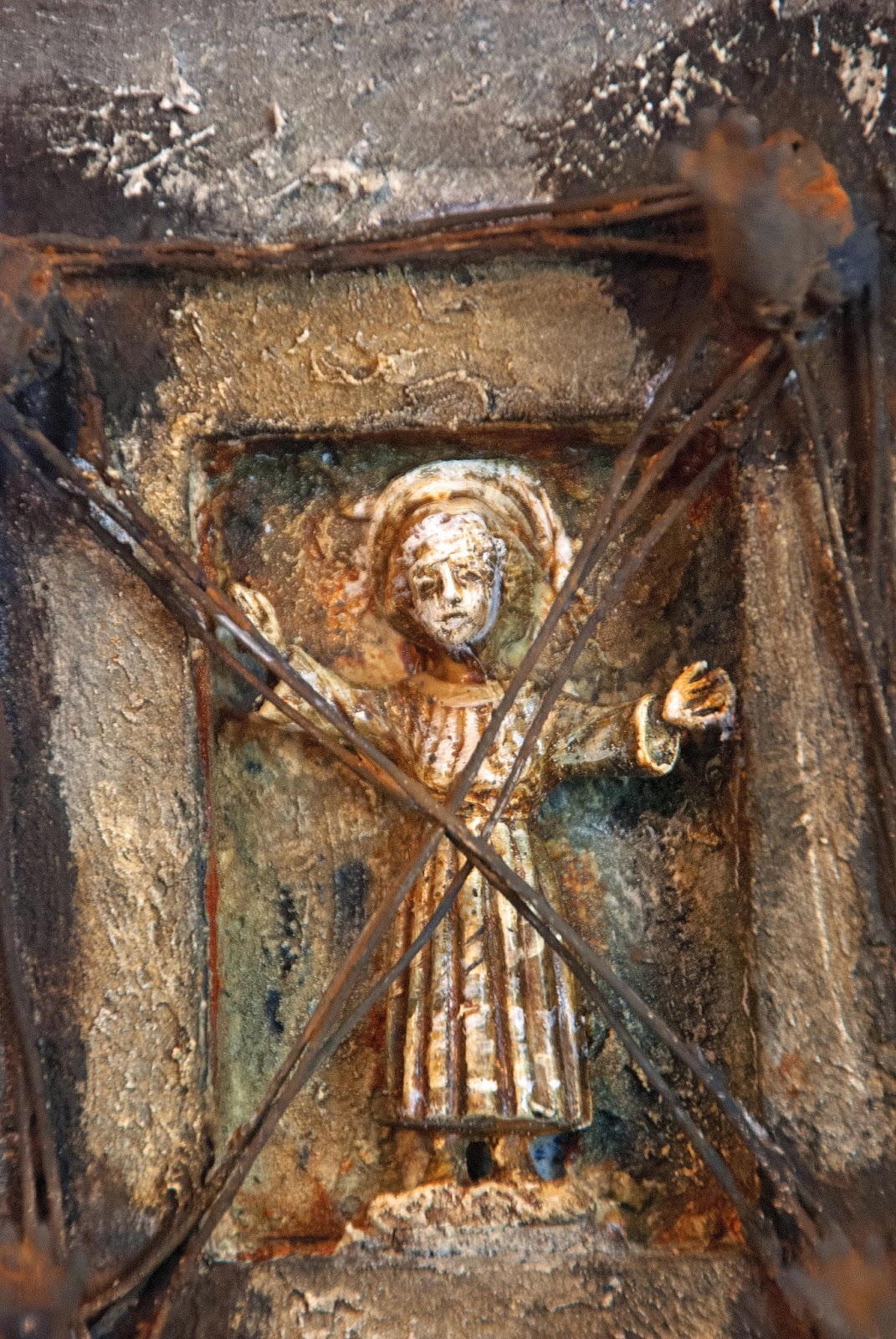 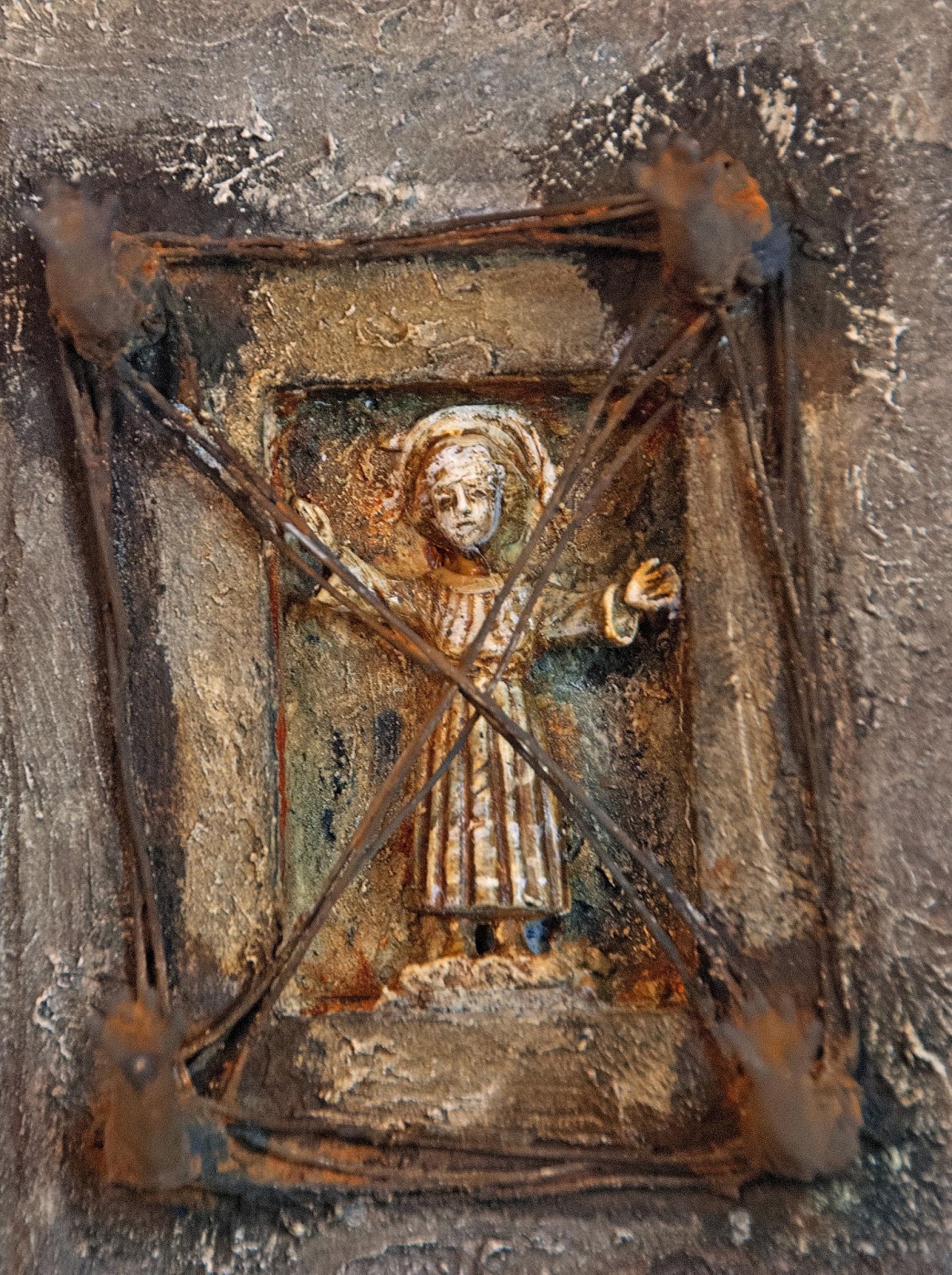 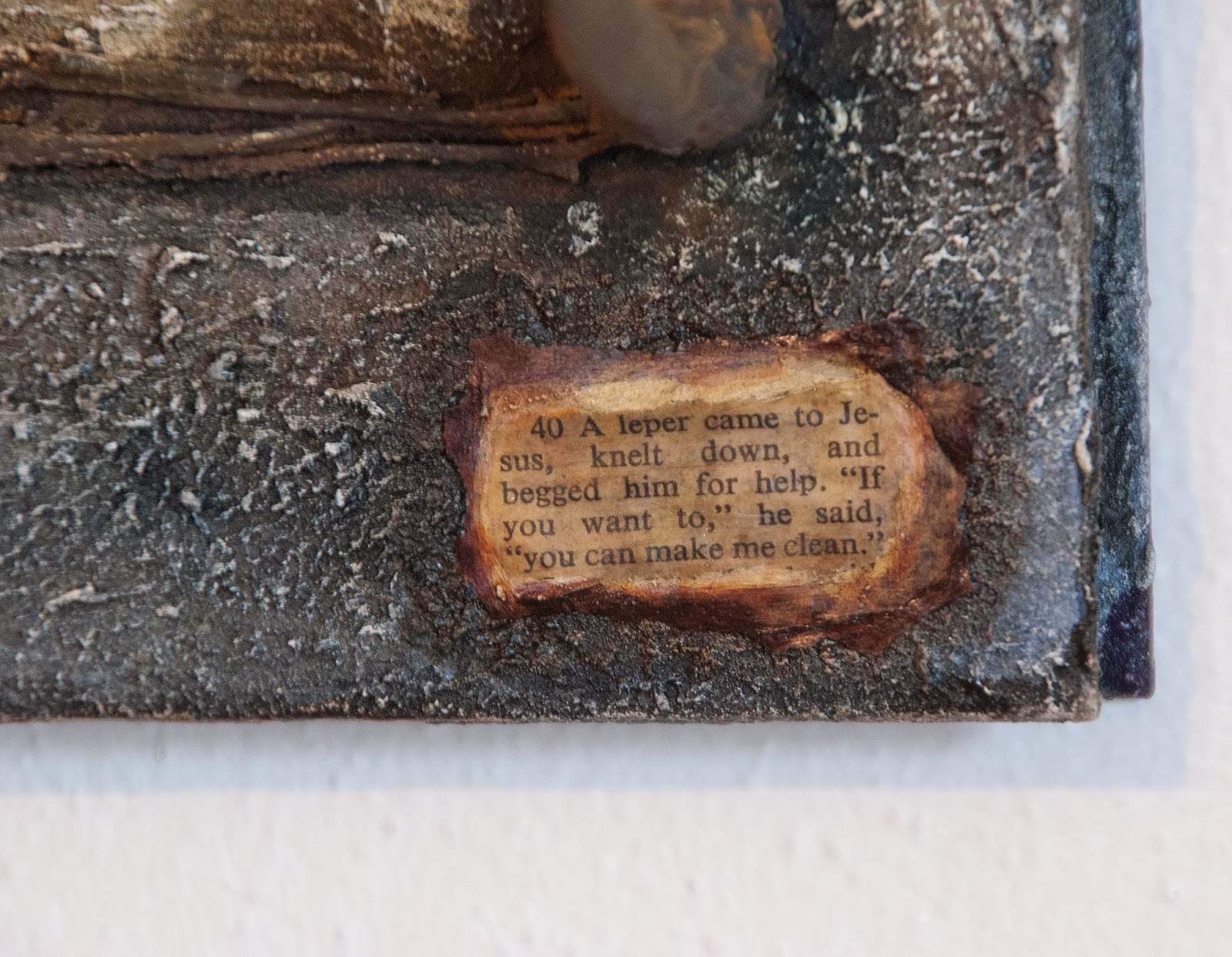 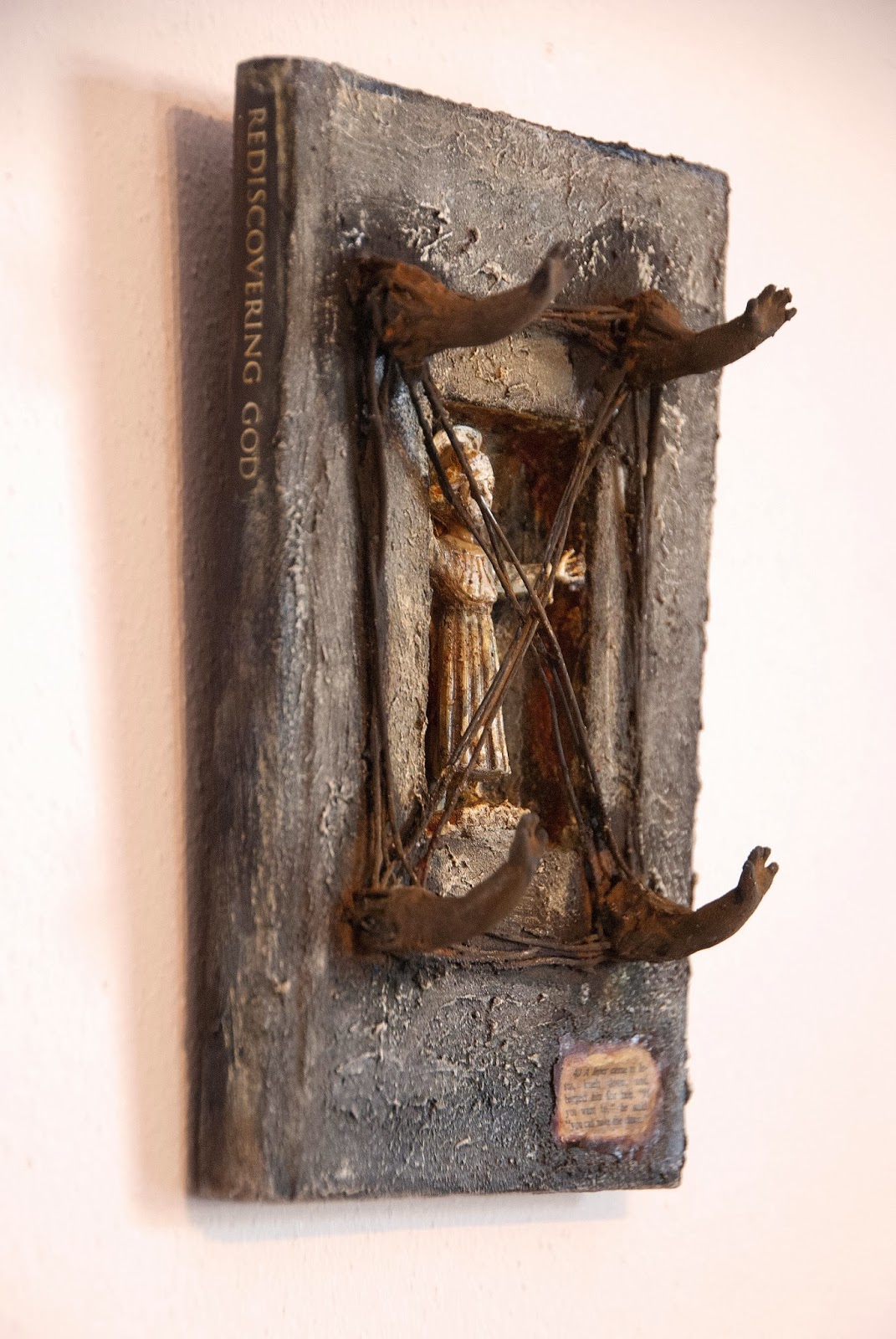 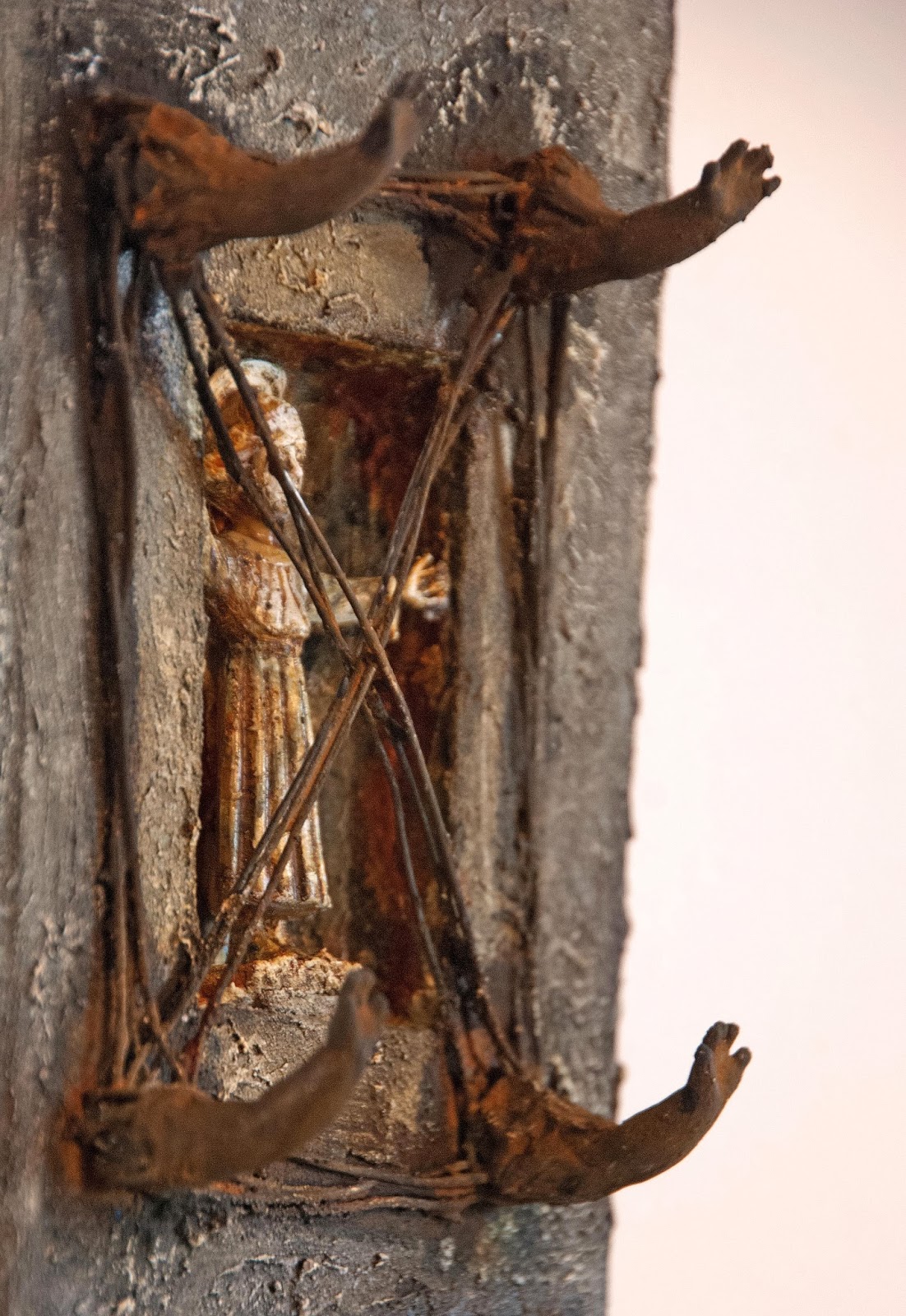 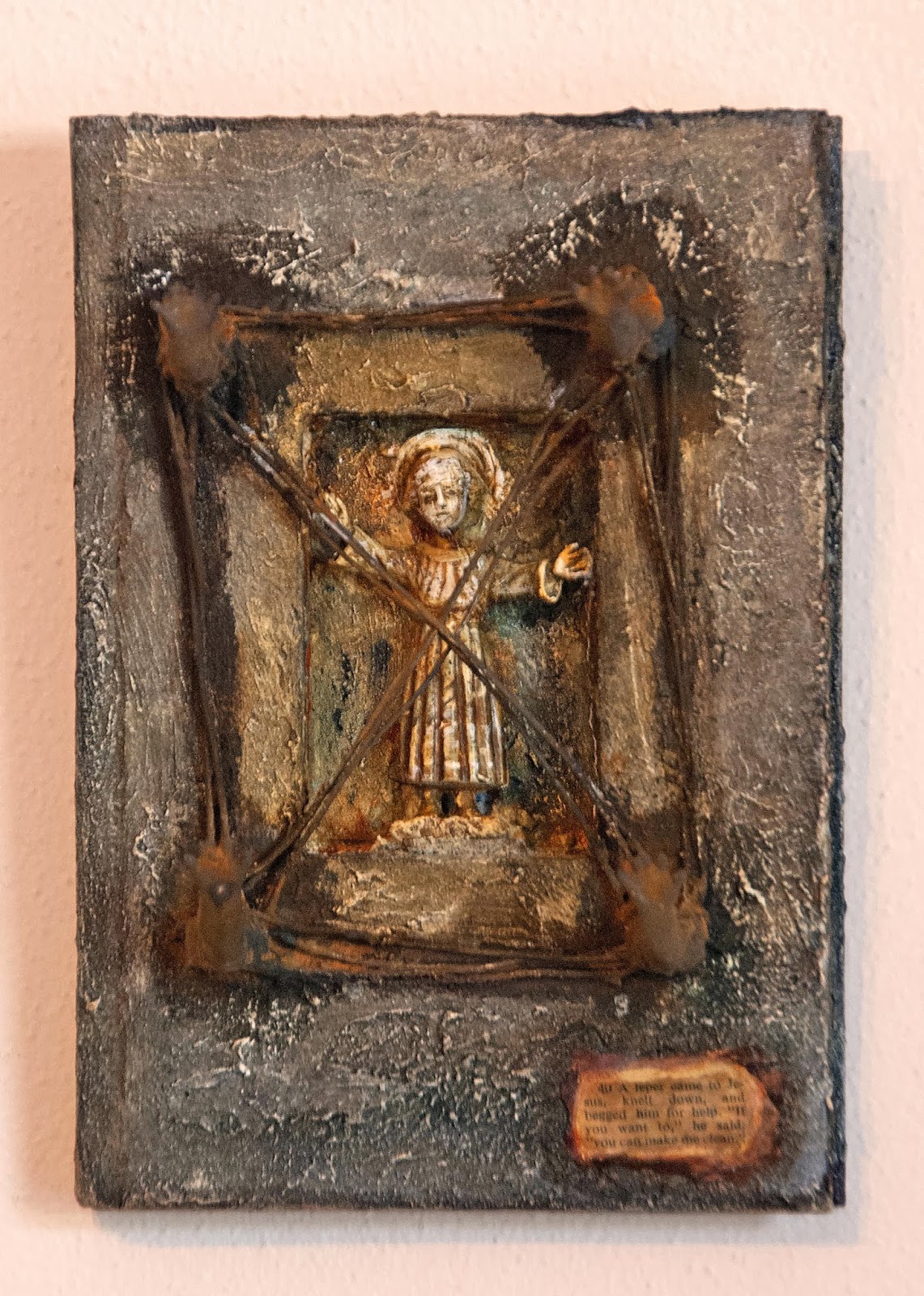 And so we have, Rediscovering God.