They Woke to the Possibility of Desire Instead of Duty

I wake to the possibility of desire instead of duty
Elizabeth Dodd, Horizon’s Lens:  My Time on the Turning World

As a part of the Michael deMeng on-line workshop Punk Fiction, the second section is devote to creating The Cave of Pages.  The idea is to create a zone in your work of art that makes it seem like the viewer is peering through layers to the back of a cave.

As my first attempt I decided to start with what I believe would be a tool box tray that has three separate compartments. 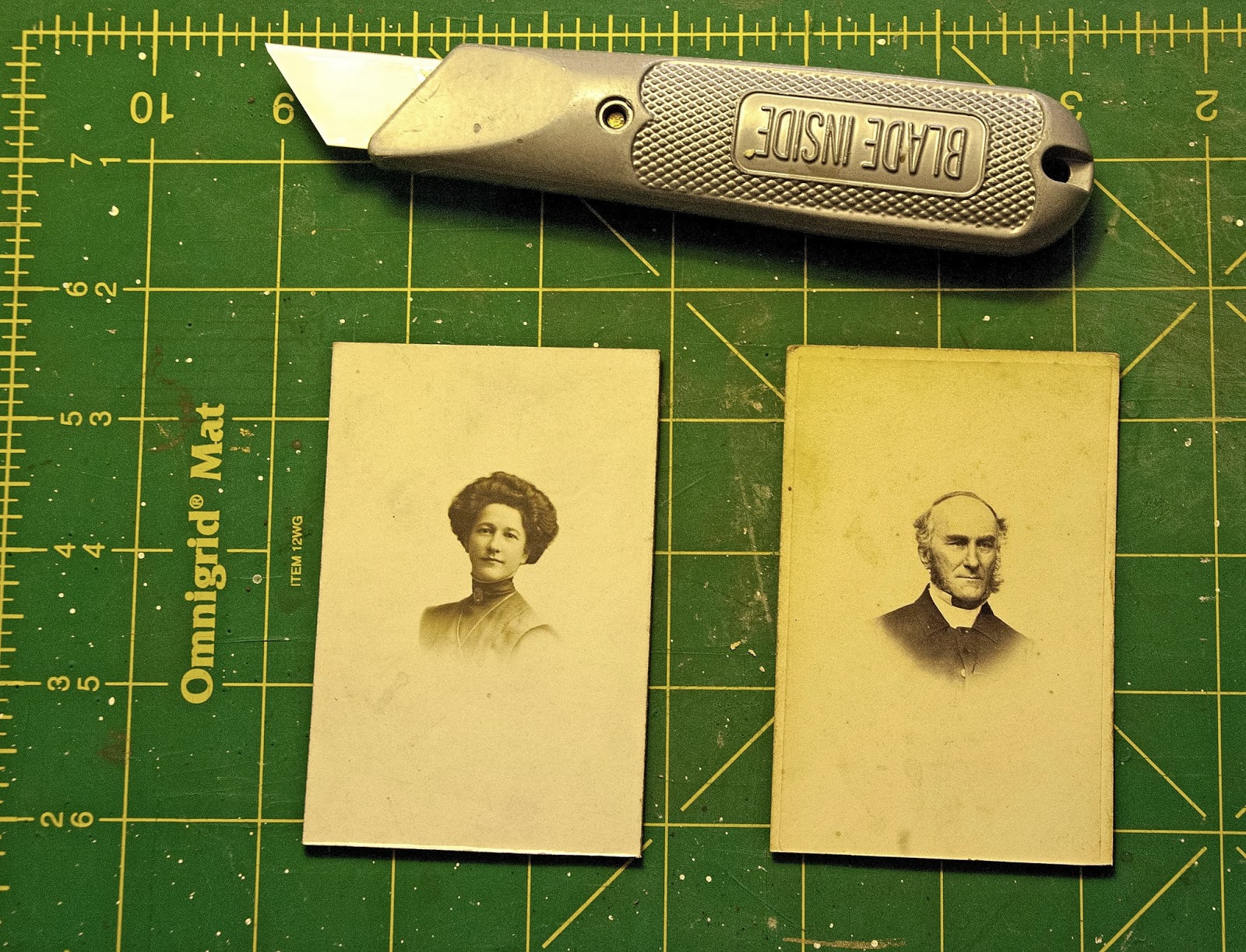 I decided that two of the compartments would have images so I selected two cabinet cards that I have and painted them up so that they would be bright enough buried deep in the cave.  (I also would eventually punch holes in the sides of the metal tray to let in some light--an experiment that will show over time if it is needed or actually works as a technique).  The balance was always going to be female on top, male on the bottom and a heart in the middle.  The heart is a stone I collected when in the Denali region of Alaska on a walk Denice and I took in a river bed near our hotel. 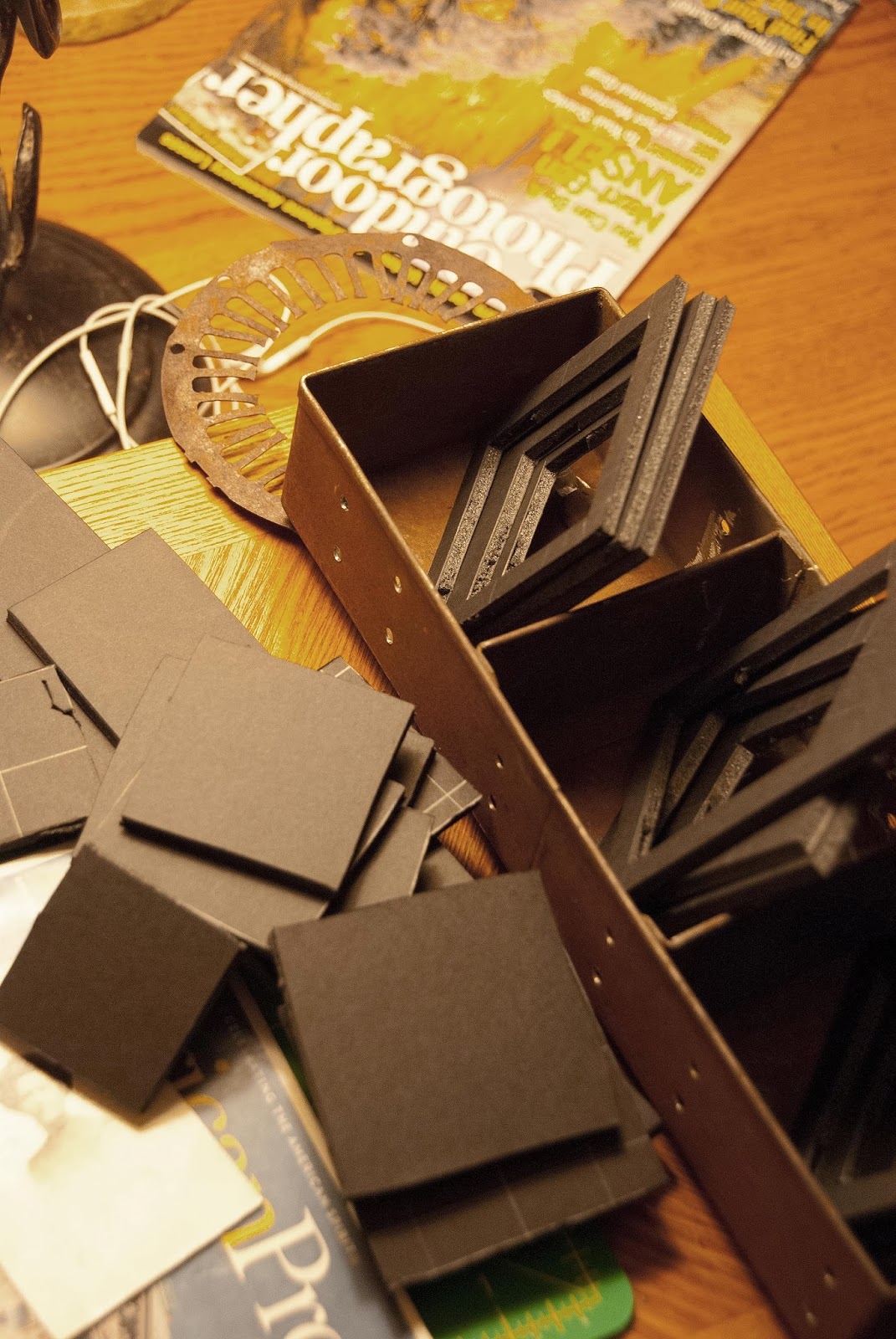 That done, I could move on to some additions to the perimeter of the tray.  What I selected was an old rusty ring I had bought in a special sale that my friend Brenda Schweder was having of items shipped to her from the desert.  Then it was some cheap tin wings and one part of a tea strainer. 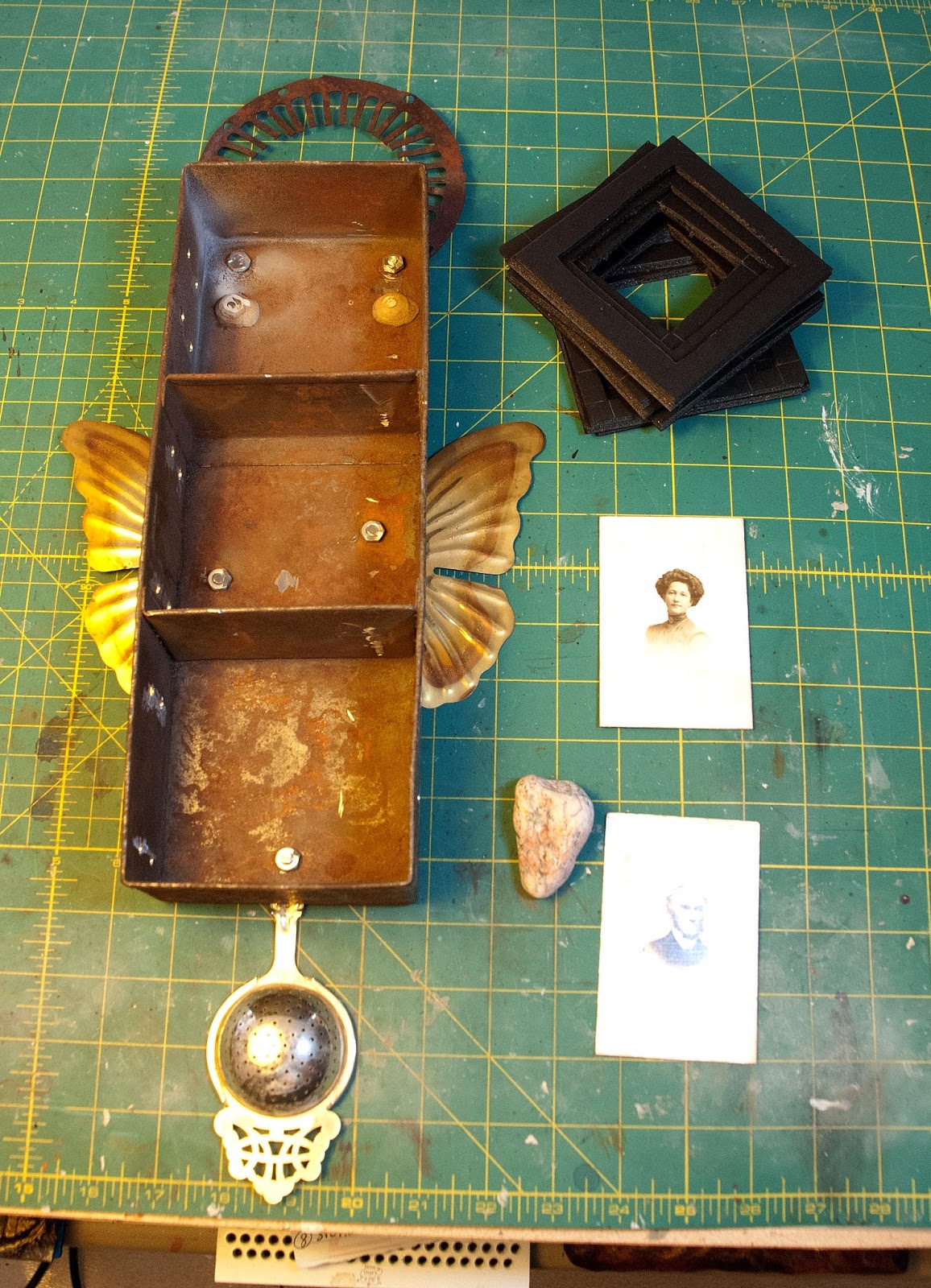 How was I going to create the cave's stages?  I selected foam core and Aves Apoxy Clay.  Once those were painted, it was a matter of assemblage.

Once I had the cave constructed I realized it needed some care and feeding.  I decided to edge the foam core in the tray with caulk and that was all it took to be done. 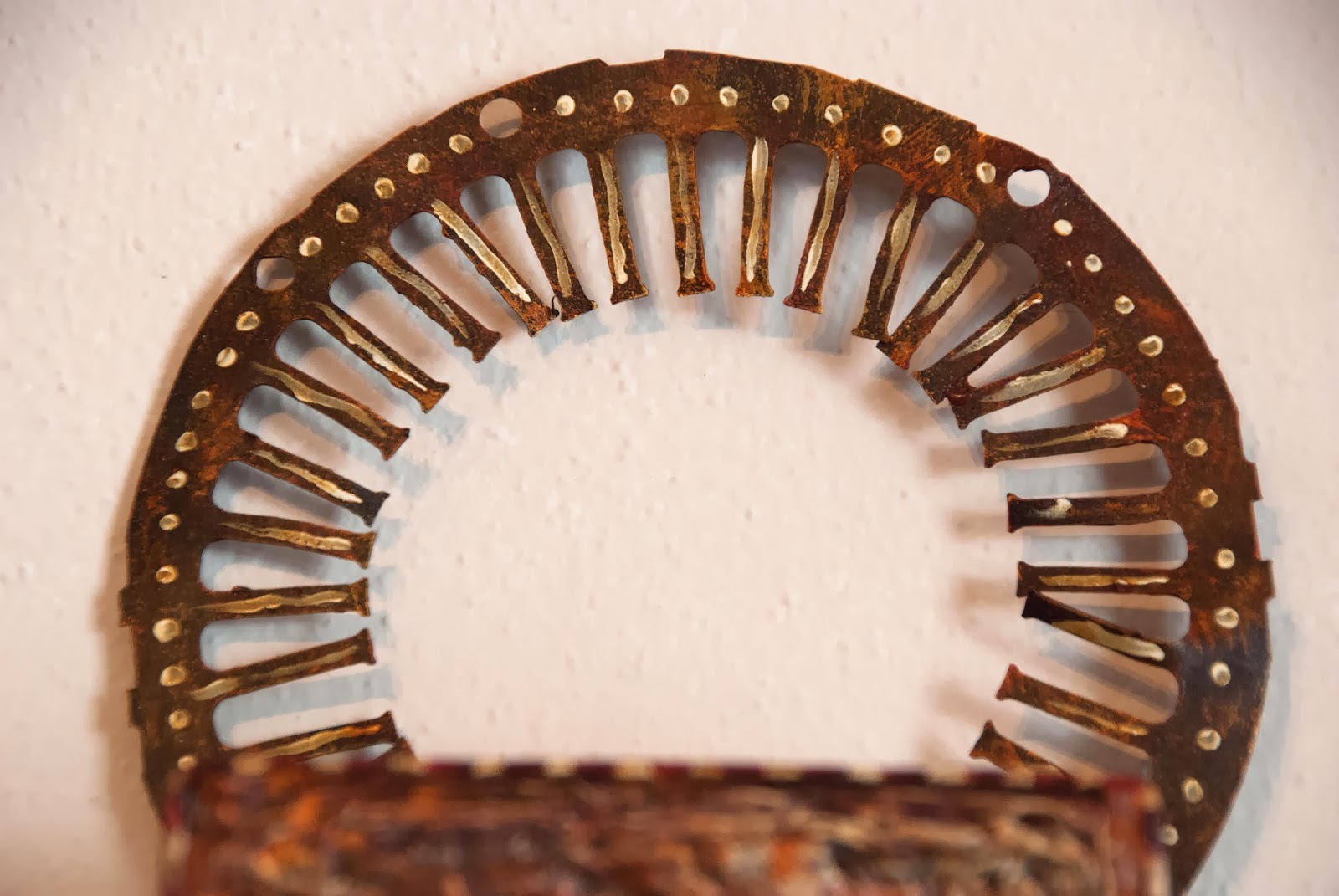 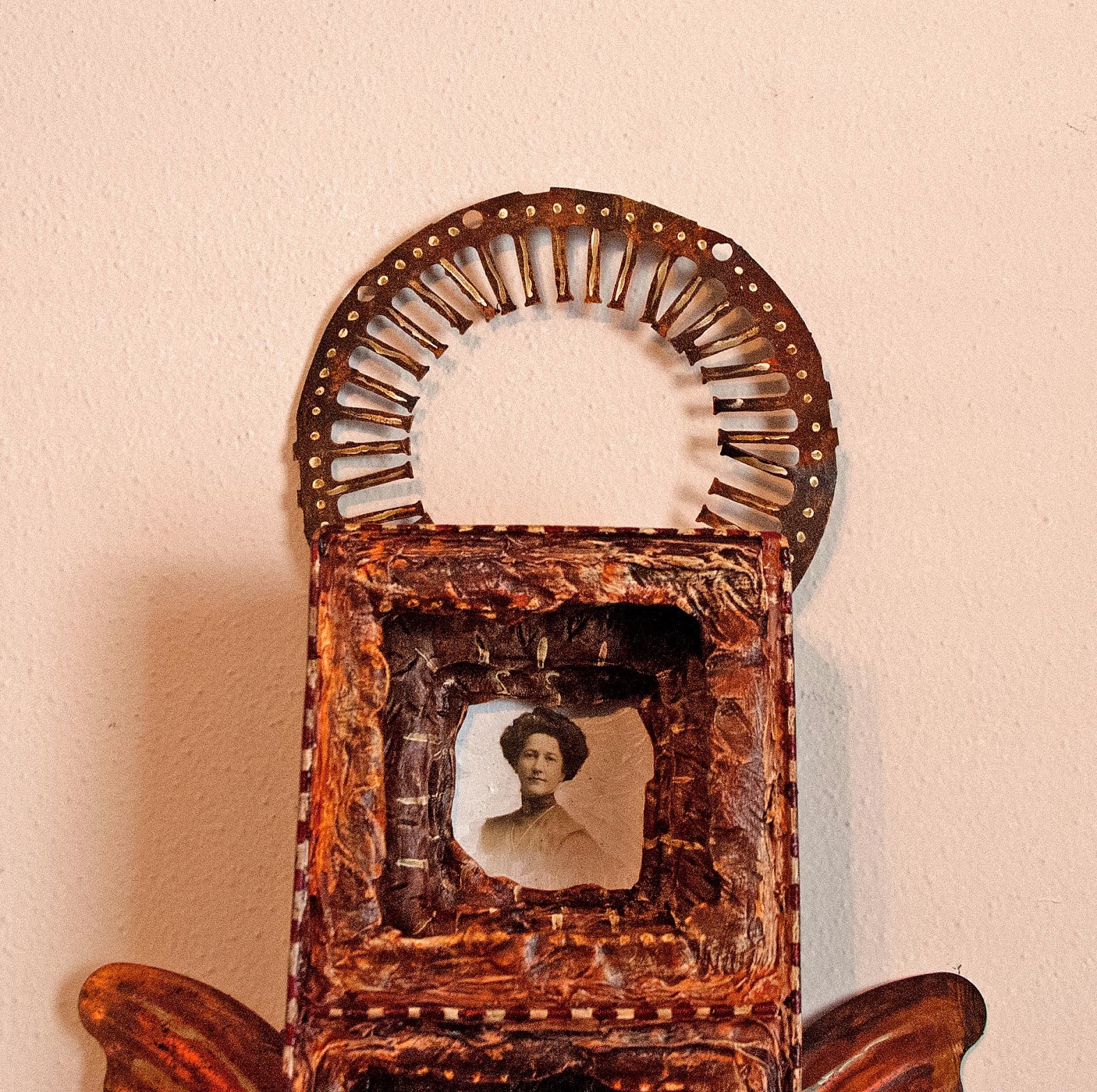 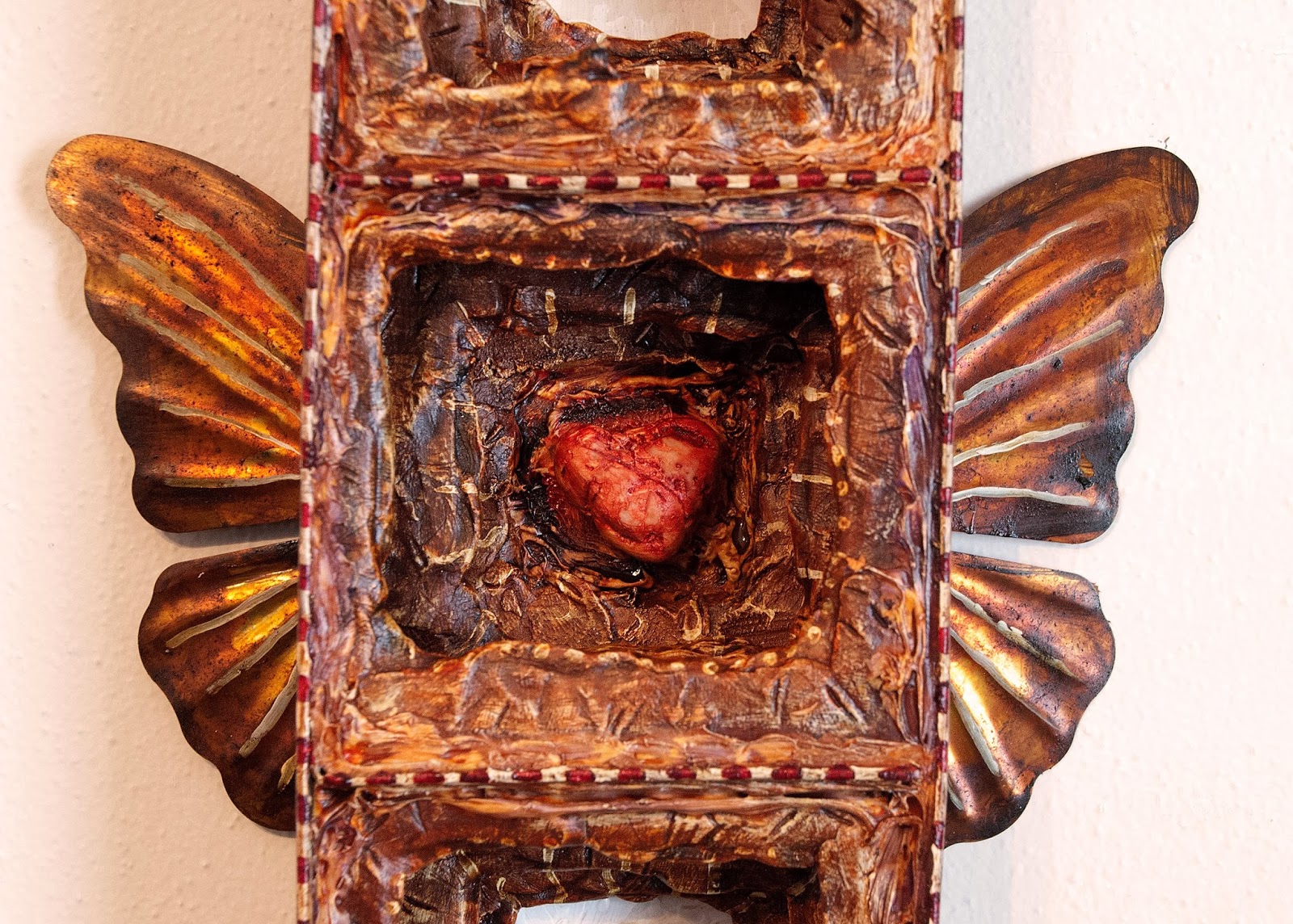 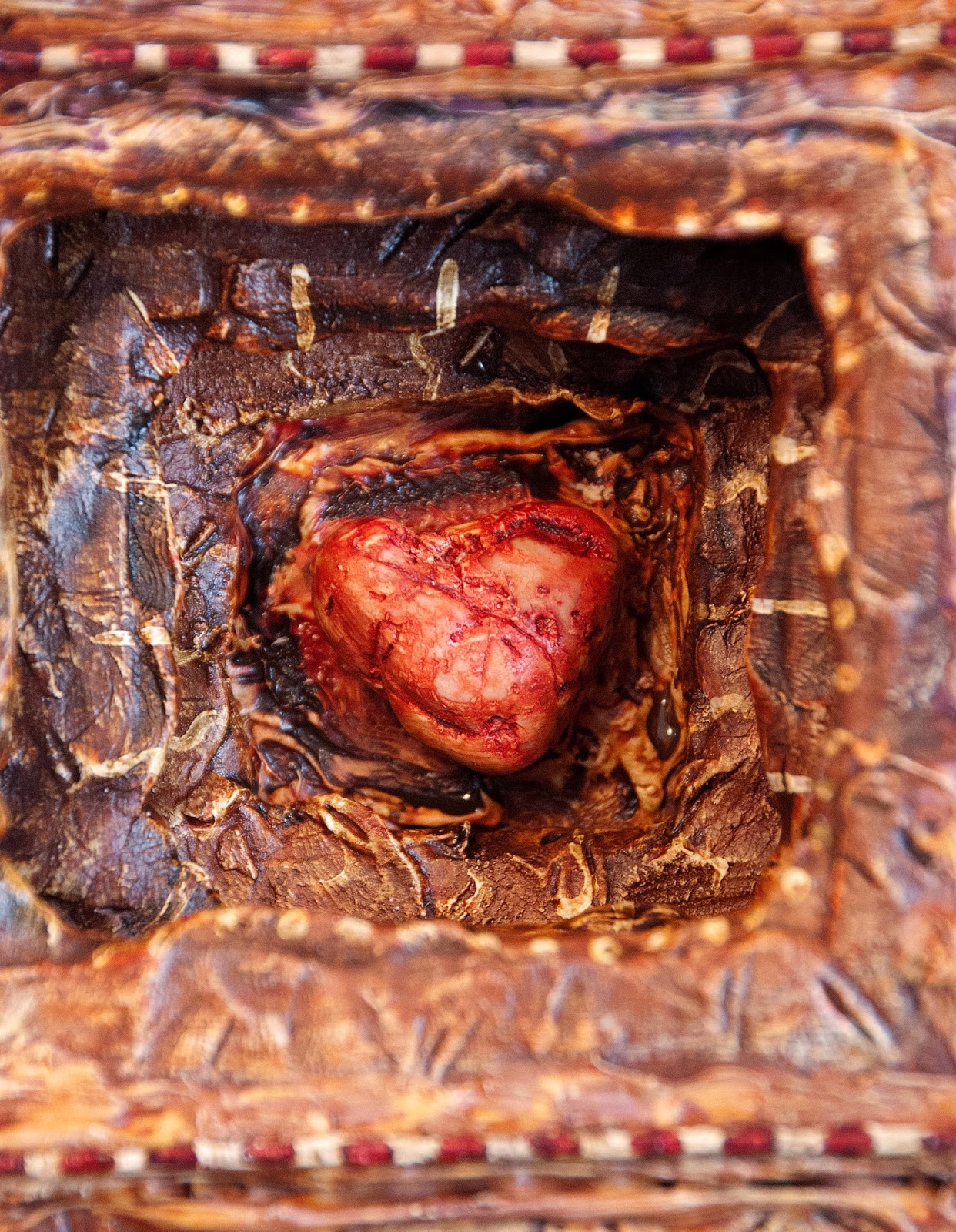 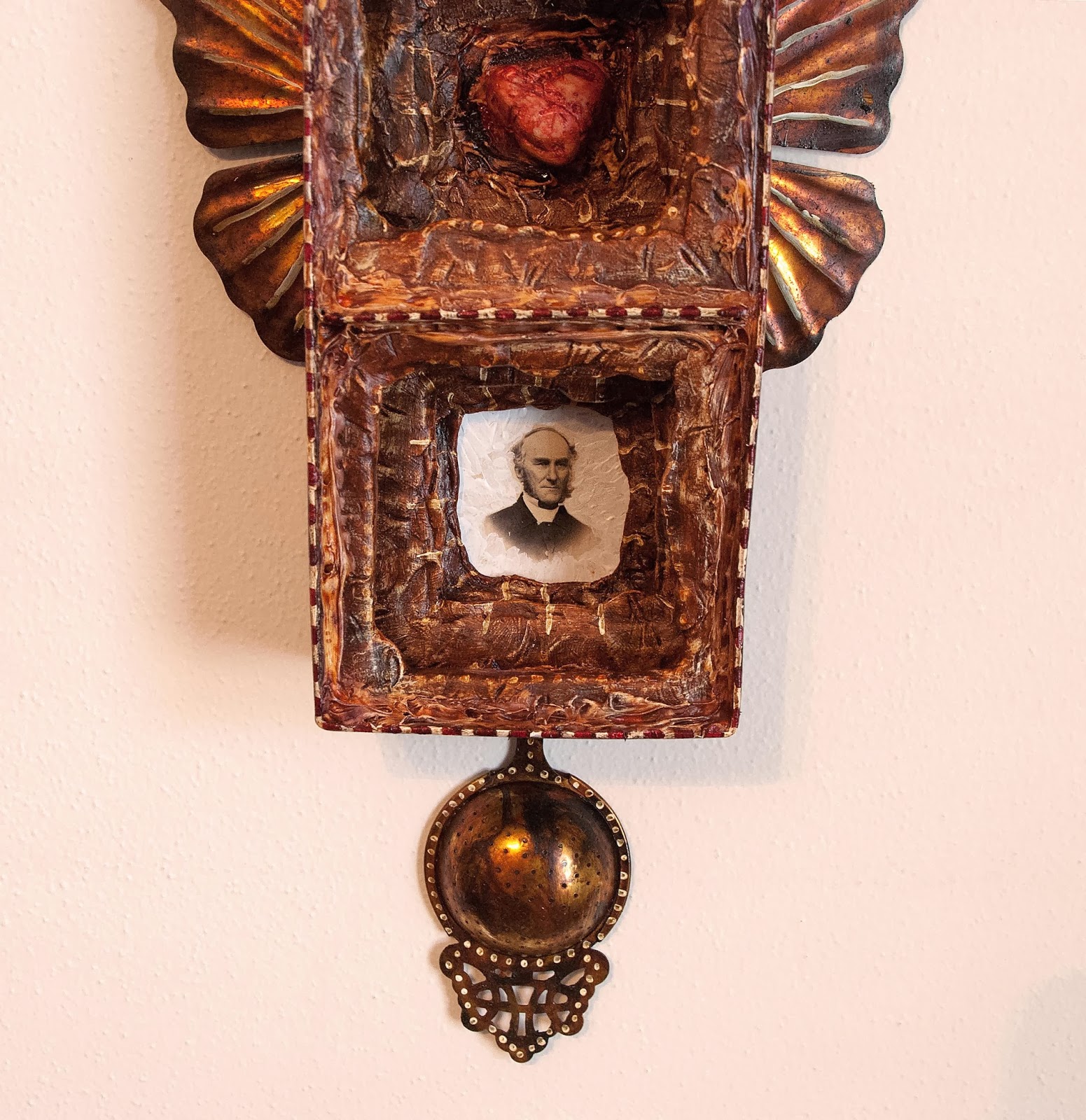 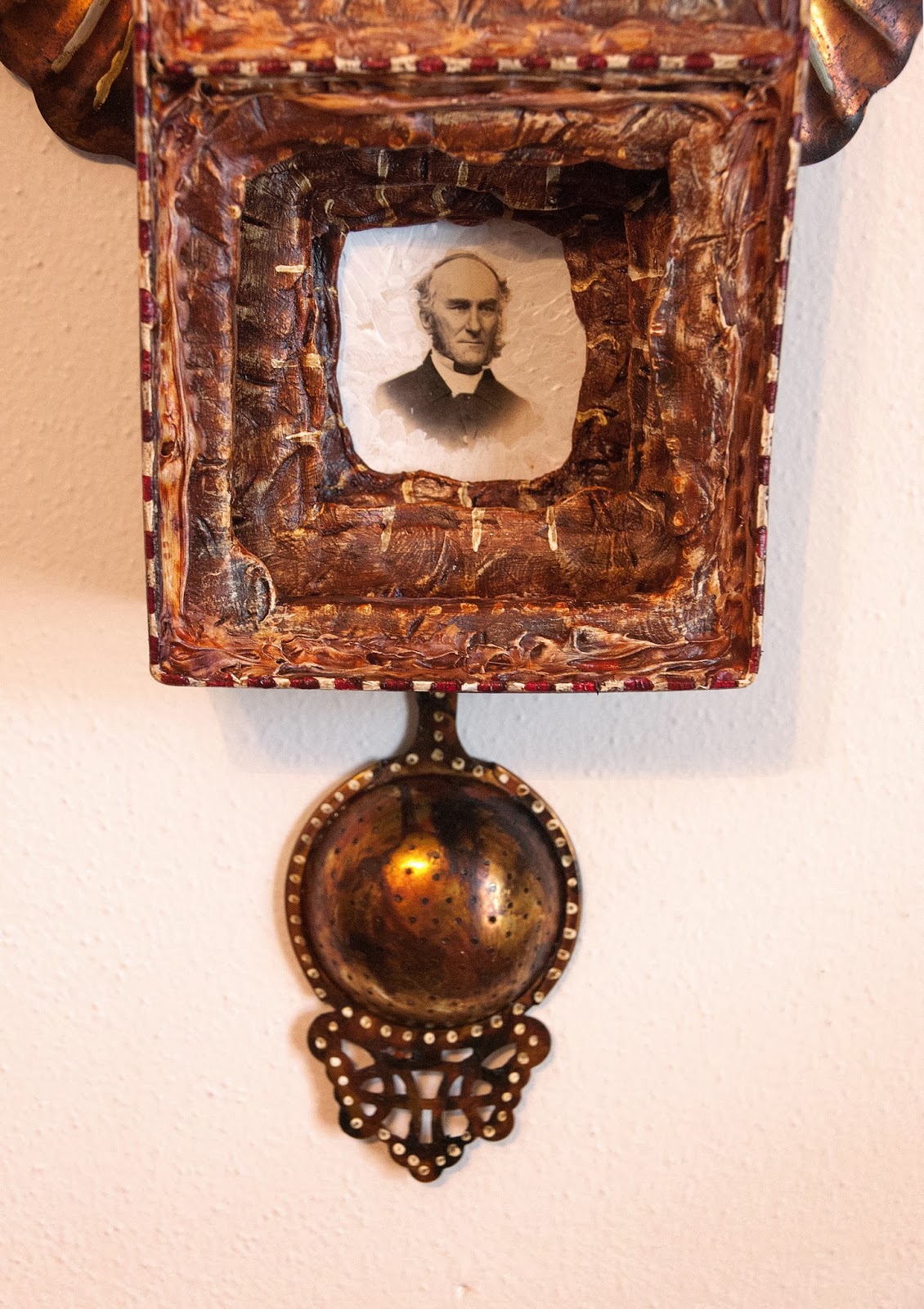 The title was a modification of the quote that started this blog.  So, now we have They Woke to the Possibility of Desire Instead of Duty.
Posted by gary warren niebuhr at 8:50 PM 1 comment: