While I always seem to include some wit in most of my art, this one started with a joke.  I have a number of sets of safety glasses and I used one in a previous piece that I really don't like all that much.  So, on a mission to find a new reason to use the finds, I somehow came across the idea that it would be funny if

Then, it occurred to me that it would be obvious that a one-eyed kid would have to ride a Unicycle. 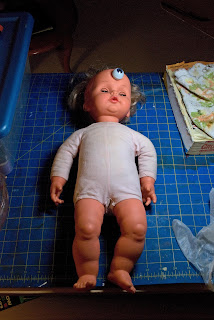 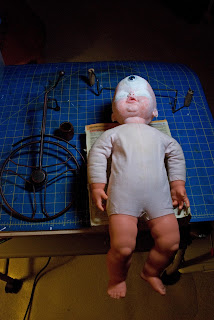 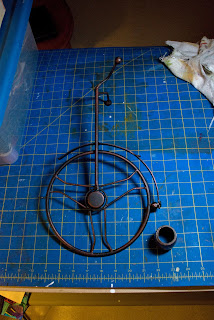 Third task, put them together.  It seems always, for me at least, the idea far outweighs my abilities.  However, I have done this before and this time it work like it should in terms of adding the body to the bike.  Also, a little wire later the unicycle was standing tall on an old cabinet door. 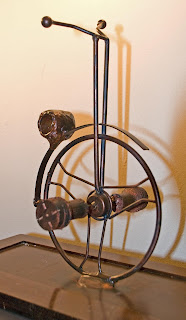 Fourth task, paint them up.  A light layer of caulk, a layer of gesso, a layer of Titanium White and I was ready to add all the other colors. 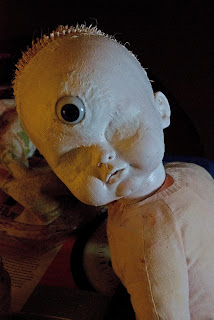 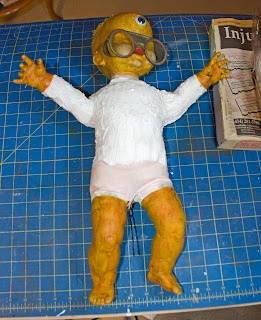 Fifth, fix what was missing.  Oddly, I did not add the something to the eyeball until after this baby was painted.  The something is an eyebrow or eyebone or something but it needed to be added.

If a little boy was going to go for a ride on his unicycle, of course he would take his dog with him.  So, that led to the question: what kind of dog would Cyclops own? 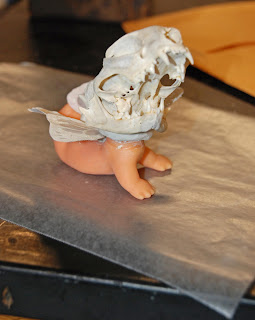 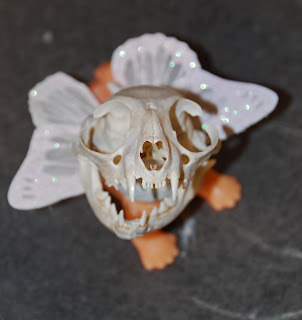 So after 16 hours and $50 worth of found objects, I have my piece Cyclops's Mother Always Made Him Wear His Safety Glasses When He Rode His Unicycle. 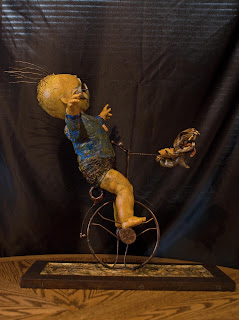 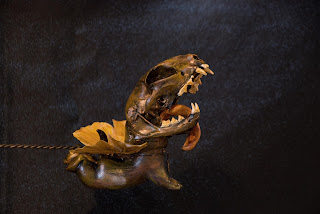 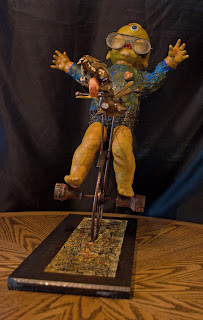 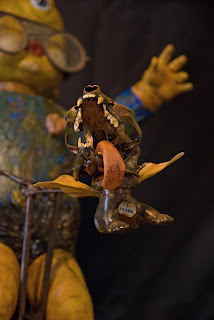 The weirdest thing about this whole process is that after thinking this would be all about the joke for me the punch line is that I have fallen in love with that damn dog. 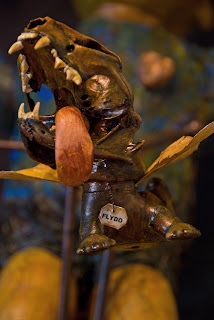 The Devil To You, My Friend 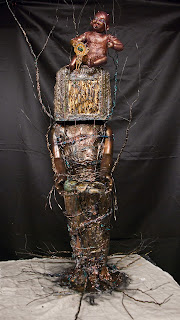 This is what I posted on September 7th about this piece:

Full confession time: I recently attacked the piece called The Protector and Dremeled off the evil devil doll from the top of the piece...
Why did I hacked off the devil baby? My story for this piece is that the kachina-like figure is a protector of children but he has failed to save the baby in this piece. Sad, eh? The devil baby was the reason why the kachina failed. He was having a gay old time celebrated his victory as time ran out on the protector.


However, the more I looked at this piece, the more I thought the drama was stolen by there being too many stories being told at once. So, I hacked off the devil baby (which, trust me, was not as easy to do as it sounds).


Then I started to have second thoughts. Should I really mess around with a piece once it is done? I am still not sure what the answer should be on that one. Either way, here is the old version and if it does not sell (hahahahahahahahahahahahaha) I will take a photo of it to show you when I get it back.

So now this piece is headed off to the Cedarburg Cultural Center for a show called All Things Big and Small during January of 2012.  I thought it was time that I posted some new photos of the decapitated piece as it looks now. 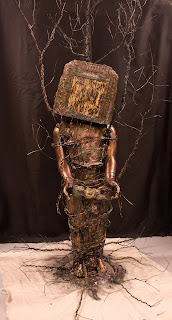 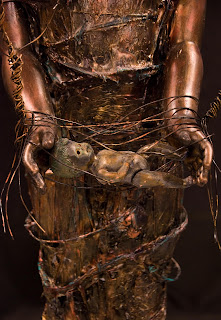 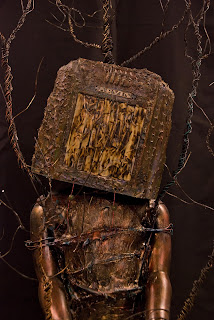 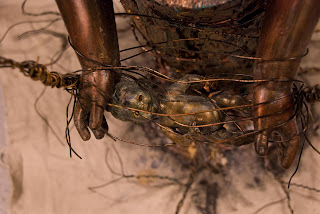 Is it just me or is the balance better on the new version?  I think it is more dramatic this way and I am pleased with it now.
Posted by gary warren niebuhr at 7:33 AM 2 comments: