At Night the Sky Fills With Reminders of the Past

Here is the second shoe shrine I made because of the online Michael deMeng class Fabulous Fantastical Shoe Shrines.

This shrine began with slip-on rubber flat and a crank from an old Erector Set. 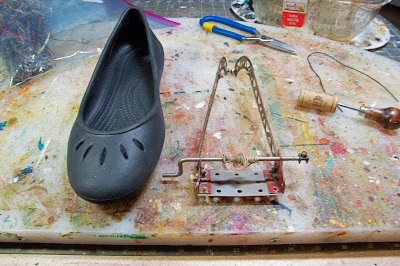 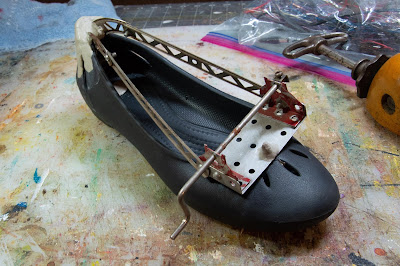 Once attached, I decided the easiest way to deal with the surface of the shoe was to collage on some pattern paper. 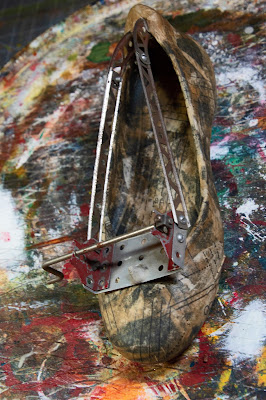 A trip to the basement found the additional found objects I needed to complete the shrine. 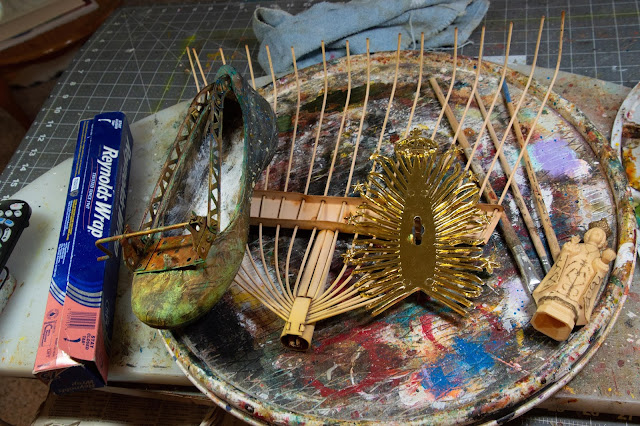 After a bunch of painting, the shrine was done. 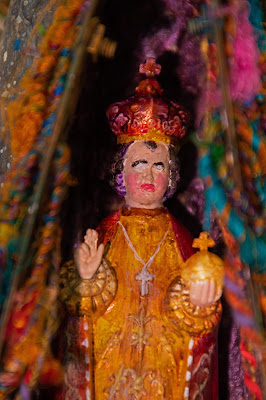 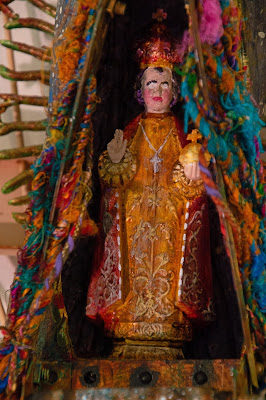 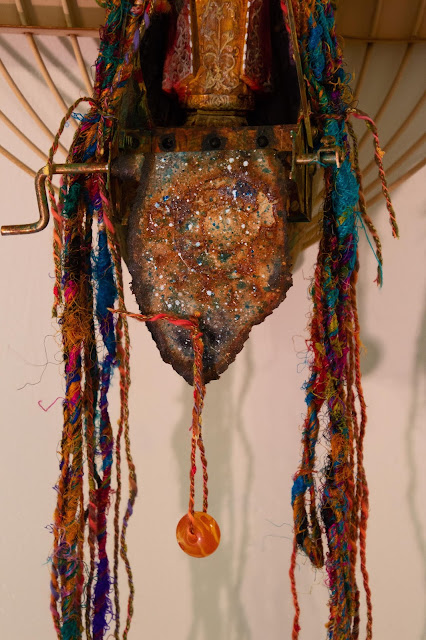 The star map was made from rust paper made in a recent class I took from Sara Reimer called Rust, Dyes, Stitched and Sewn at Shake Rag Alley in Mineral Point, WI.
Thus we have At Night the Sky Fills With Reminders of the Past. This title comes from a quote by a Native American Iowa tribe storyteller, quoted in Cahokia by Timothy R. Pauketat 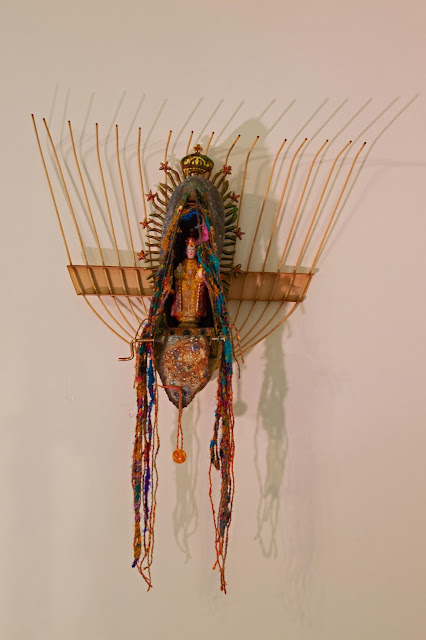