The Academy of Revelation

THE ACADEMY OF REVELATION 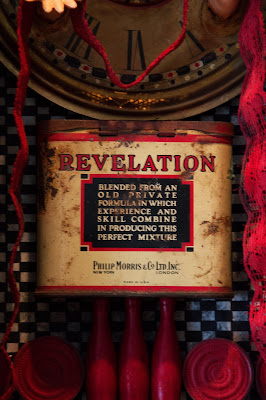 My basement is full of great found objects that I have hunted down in the twelve years that I have been a found object assemblage artist. Yet, every time I am out and about, I see things that I cannot live with--even if I have something similar in the piles down below.

This was certainly true of this clock I found at the re:Craft and Relic Show at the Franklin (WI) sports complex a few weeks ago. I know that if I put some thought and effort into finding a box-like structure in my basement I could have found this clock's equal but I just could not pass it up for the price. 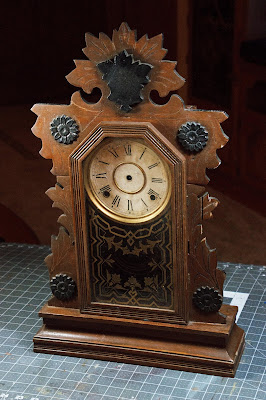 Besides the cool structure, some of the clock parts were still inside. Once I got this home it was up to me to find the inspiration to make this piece that justified the purchase. 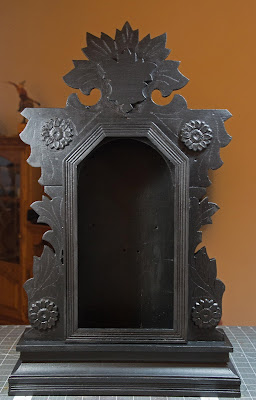 Once the body was cleared out and cleaned up, I decided to start with a base coat of black gesso.

I had recently seen an exhibition of great found object structures at the Museum of Wisconsin Art at Saint John’s On The Lake which featured "Peter Dahlke: Reclaimed."  Here is a sample of Peter's work that inspired me to try to make something in his style: 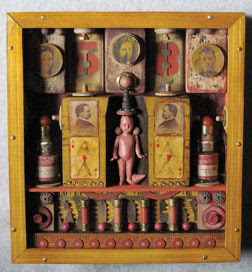 I know one of my weaknesses that I have been working on is layers. This project was going to address that as well. I started with a background choice. 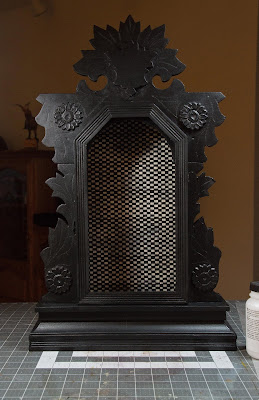 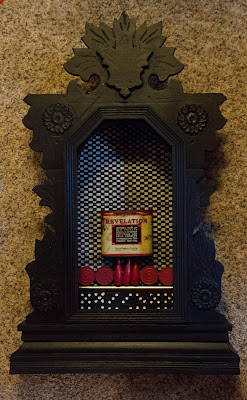 From the warehouse of lost particulars I harvested some cool stuff to start to build a collage of items that I will not be tempted to paint, as that is the object lesson here. 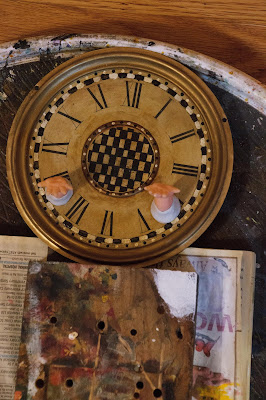 The clock face that came with the purchase is painted in a style to mirror it to the background and two baby doll arms are added for later use. 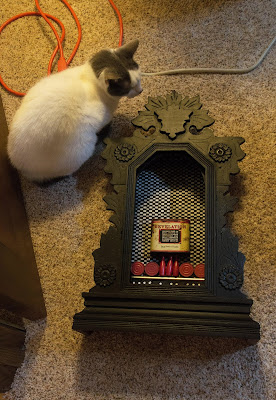 Biakabutuka stops by to act as critic. He claimed my whites are not white enough. 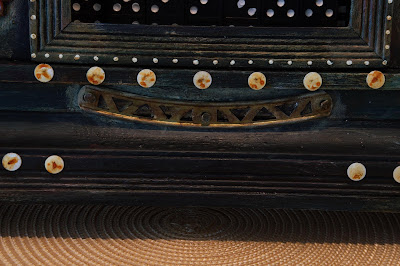 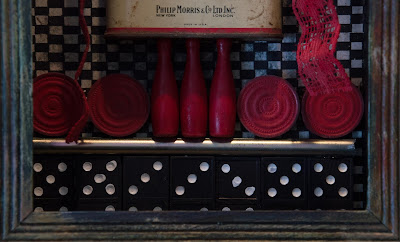 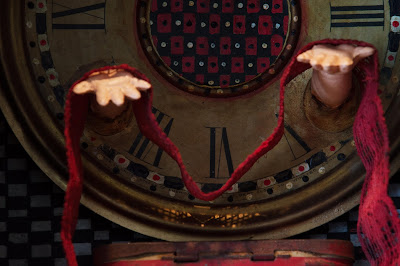 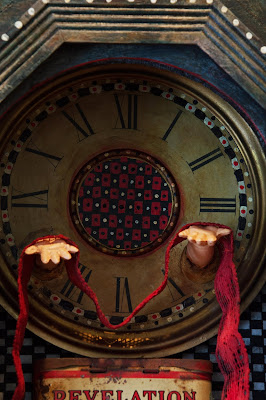 Now it is all starting to come together. 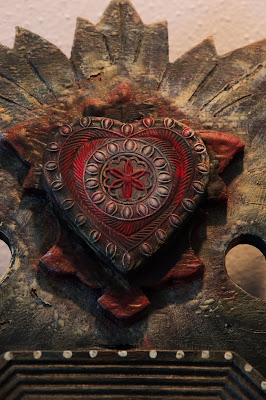 A few days after these photos were taken I added one spot of white on this heart for symmetry. 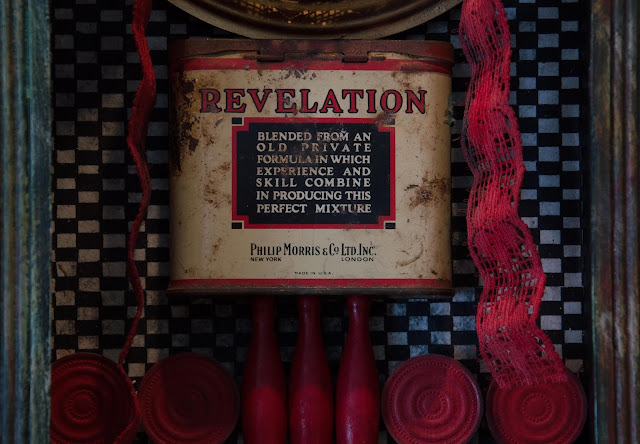 I had a choice on which side of this tobacco can to use. The hidden side is an advertisement for tobacco. This side has a subtext that adds to the theme. 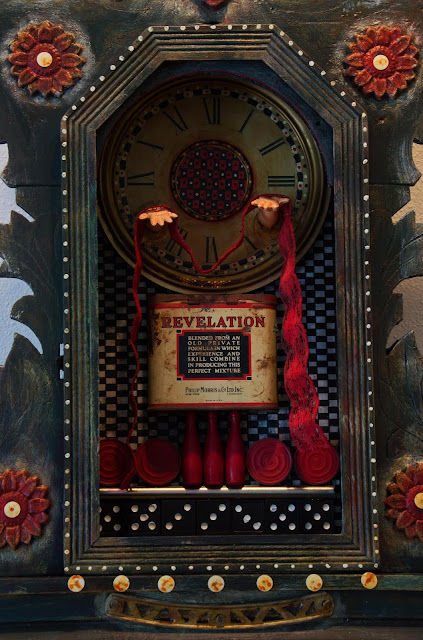 The title for this piece is a slightly modified line for a poem by Mark Strand. 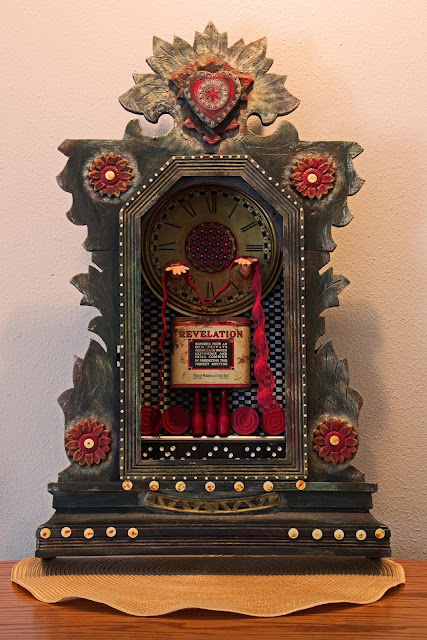 And thus we have, The Academy of Revelation.