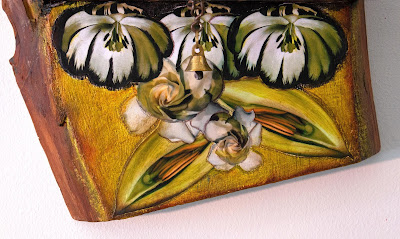 This project started with the inspiration that came from a piece of birch wood I picked up at the Restore. This wood was way (WAY) more expensive than I usually indulge in for substrates for an art project but the piece spoke to me so it came home. 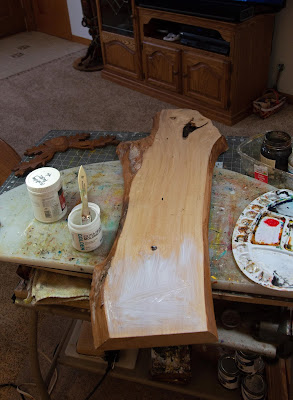 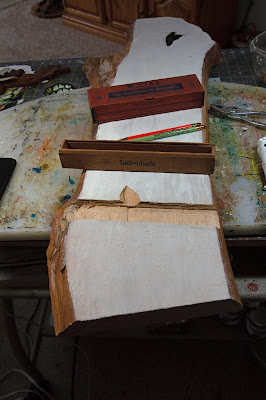 For the box, I selected what I believe is a single cigar box (Independence) and then covered it with paper. Inside the box I constructed an assemblage out of wood, stick, lens, and bottle cap with a chain and a decorative jewel that could either be a tooth--or a heart. From the chain I dangled a little bell. 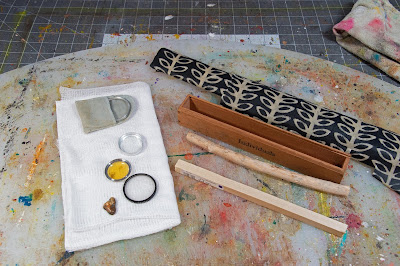 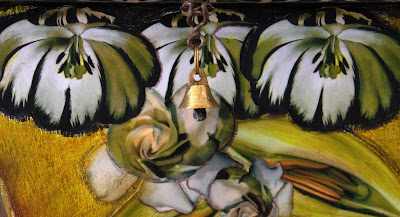 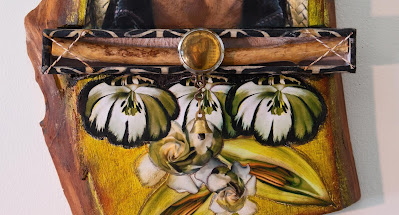 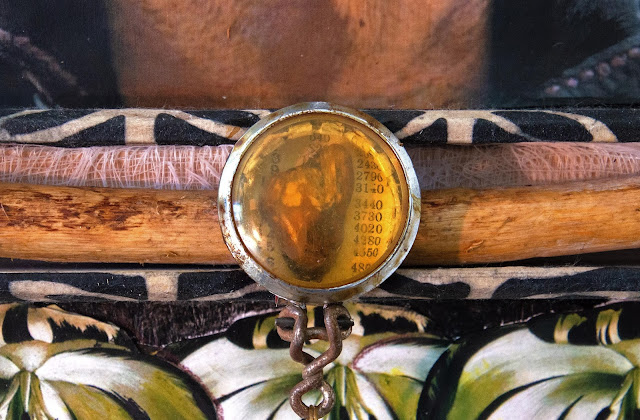 The wood came with a knot hole that I had to deal with. I decided to go with a astronomy feature and just left the space as it was. 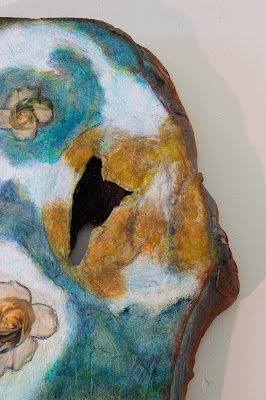 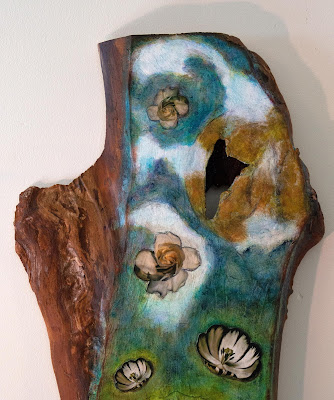 The collage work on the entire project was the interesting to accomplish. After the collage was finished I spent a lot of time painting on the work to get it to its completion. 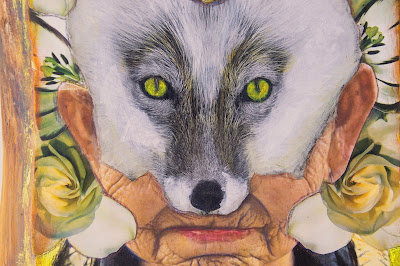 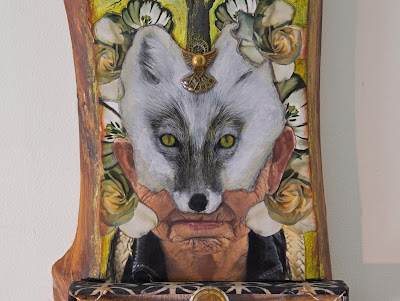 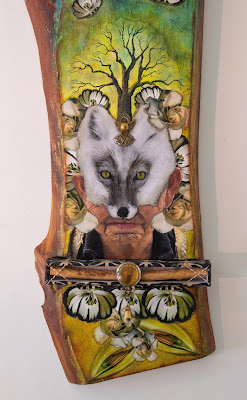 Thus we have If Only I Were a Root of the Tree of the Sky, a line from the poem "Egret" by Andre Breton. 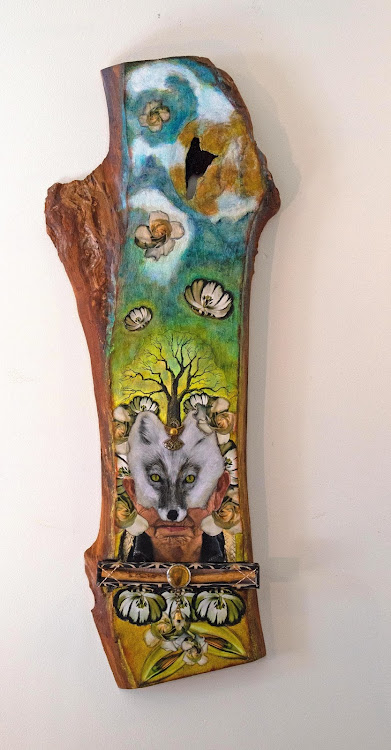 Posted by gary warren niebuhr at 12:25 PM No comments: