I recently did a Road Scholar presentation called In Cold Coincidence which covered the odd relationships between Truman Capote, Harper Lee, Michael Blake and all the victims along the way in the years covered by the lives of these individuals.  It required me to read To Kill a Mockingbird (which has to be one of the best books ever) and In Cold Blood.

Pondering the nature of crime always leads to the issue of the victims.  What I often find most disturbing about crime writing is that it becomes so fascinating to look at the perpetrators of the crime that the victims are often forgotten.

One of the strengths of To Kill a Mockingbird is that the victims of the crime (the accusation of rape by a white woman against a black man in the American south) become everyone in the novel.  While this may also be true of In Cold Blood, there is no doubt that the focus in that work is on the perps and I struggle with the loss of the victim's story in that work. 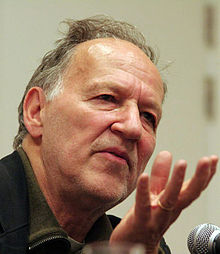 The talk led me to another person's work:  film maker Werner Herzog's documentary, Into the Abyss.  There are some eerie parallels in the crime that Herzog reveals and the tale that Capote told. 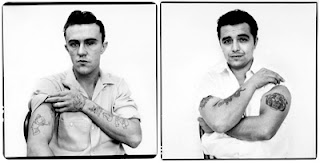 Capote's victims were picked by the bad guys because of prison talk that this isolated Kansas farming family had a safe with $10,000.  There was no safe, and the perpetrators killed four members of the Clutter family for a transistor radio, a pair of binoculars and less than $50.  The two bad guys rode around the country and Mexico for two months before the cops found them and arrested them in Las Vegas at the post office, just minutes after they picked up a box that contained the very evidence the cops needed to get them convicted.

In the crime that Herzog covers in Into the Abyss, the two bad guys want to sleep over at a friend's house but when he is not home, they decide to shoot their friend's mom (who was baking cookies at the time) and steal her car.  They drive away to hide her body and when they return to the gated community where the first murder was committed, they cannot get in because the gates are locked.  When two young boys drive up (one of whom is the dead woman's son), they murder both of them just to get the clicker to open the gate.  The two bad guys joyrode around in their stolen vehicles for 72 hours before shooting it out with the cops and getting arrested.

The random nature of both the crimes is one of the most chilling aspects of these cases.  The application of the death penalty, in both cases, is also the elephant in the room.  While I might be able to criticize In Cold Blood for intended or unintended sympathy for the bad guys, Herzog's film shows the effect of this crime on everyone:  the victim, the victim's family, the bad guys, the bad guy's family, the cops and even the death row prison guards. 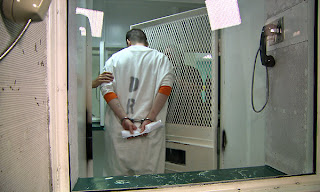 Although it is like getting a sharp stick stuck in your eye, I would recommend watching Into the Abyss:  A Tale of Death, A Tale of Life.  I will not reveal one of the other major themes running through the film but let me just say this:  watch the epilogue and worry about the future.


On a lighter note, Werner Herzog has wonderful documentary called Cave of Forgotten Dreams that reveals the ancient secrets hidden in the Chauvet Cave in France.  Watch that one to cleanse yourself after Into the Abyss.

Posted by gary warren niebuhr at 7:39 AM

Email ThisBlogThis!Share to TwitterShare to FacebookShare to Pinterest
Labels: Harper Lee, In Cold Blood, Into the Abyss, Into the Abyss: A Tale of Death A Tale of Life, To Kill a Mockingbird, Truman Capote, Werner Herzog