Denice and I decided to blow a whole bunch of money on new bathrooms in our house.  We had to do something because what for years had been a small leak from under our tub into our basement and had turned into a second shower.  The other concern was occasional rusty water from a tap or two.  Our house was built in 1964 and it had the original pipes so out they had to come out.

While on occasion I claim to be the artist in the house, when we moved into this place in 1999 Denice went at our main bathroom with a mad paintbrush and it ended up being a completely under the sea experience. 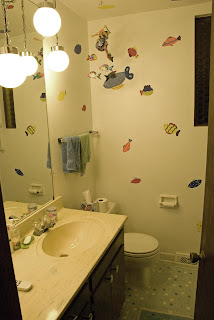 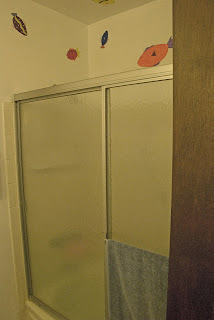 With this work, the fish had to go.  Also on the docket was the half bath that is mine. 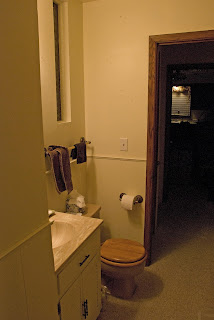 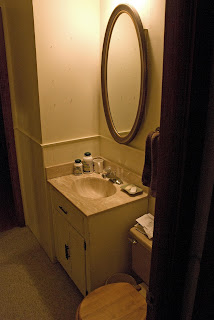 As most of you know, you cannot depend on a contractor.  Period.  In our case, the project had been predicted to last 2 to 3 weeks.  Of course, it lasted 5 1/2 weeks. 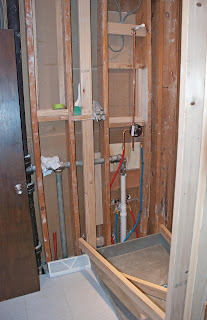 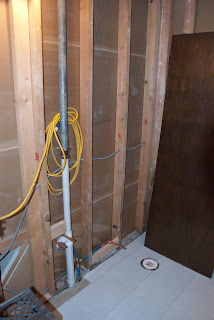 We decide to use stone in the bathrooms as our main feature and that included having the floor of the shower done with little stones.  Denice's idea was that it would be like showering outdoors. 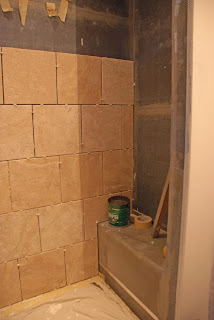 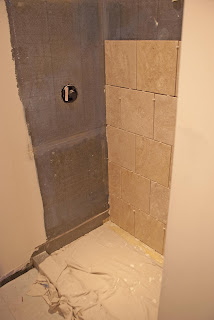 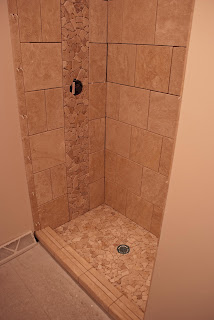 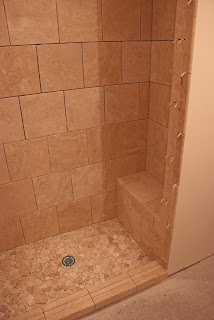 We liked the little stones so much in the main bath that I decided to have them on the floor of the half bath. 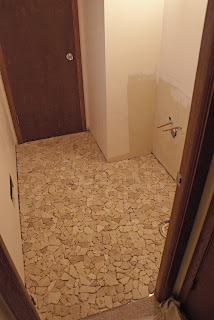 While the timetable was irritating, the work was great and the results were better than we could have predicted.  Here is what the bathrooms look like now. 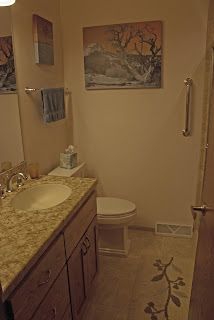 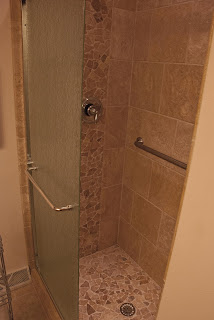 Oh, and here is the infamous bathroom TV! 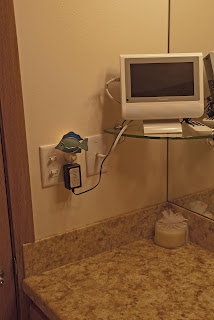 This is the half bath now where I can hang all the art by other artists including the two Walls-O-Michael de Meng. 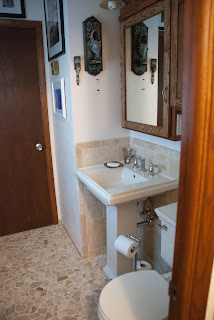 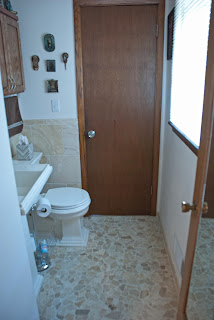 All in all, this may have been one of the nicest things we have done for each other in our marriage.  They look pretty cool.
Posted by gary warren niebuhr at 8:36 PM