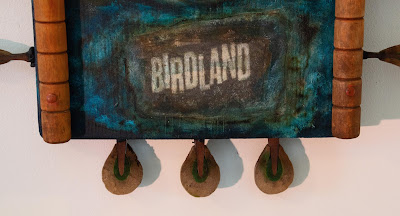 I decided to make a piece with birds and that led me to doing a piece inspired and in honor of the famed jazz club, Birdland.

Here is a brief history of Birdland from their webpage:

"Ever since most of Chicago’s top musicians moved to New York in the mid-to-late 1920s, New York City has been the Jazz Mecca. Nearly every major jazz style of the past seventy years has been initiated in the Big Apple. It was Charlie Parker, familiarly known to his fans and fellow musicians as “Bird,” a contraction of Yardbird, his formal nickname, who was the dynamic creative personality and genius of the alto saxophone who served as the inspiration for Birdland. When the original Birdland opened sixty years ago in December of 1949, Charlie Parker was the headliner and the club was located on Broadway, a block west of the 52nd Street scene, which was a hotbed of jazz in the 1930s and 40s." 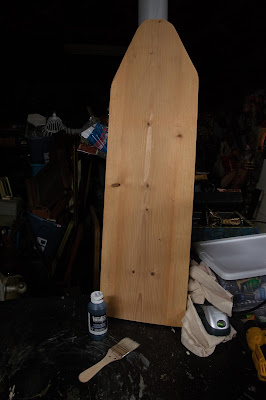 The base of this art was a piece of wood carved into a tombstone-like shape. 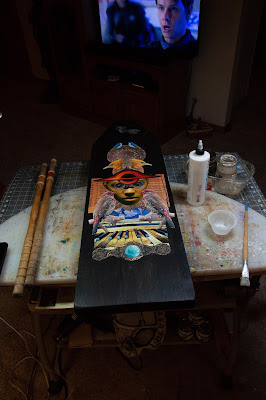 I auditioned my collage onto the board before any glue was used to affix it. 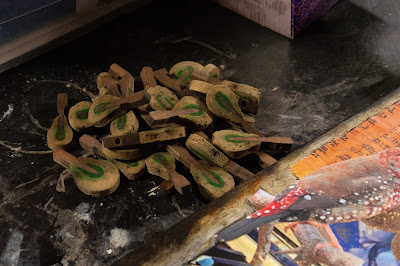 I like to have extensions on this time of art and regularly use nails. This time around, because of the theme, I decided to use some vintage piano mallets I had in my basement. 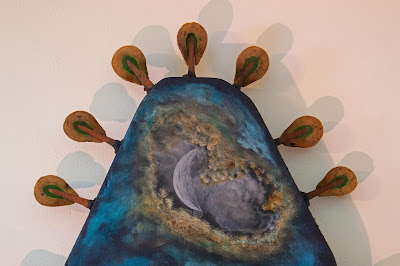 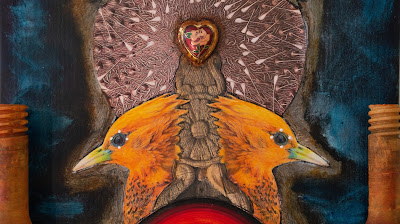 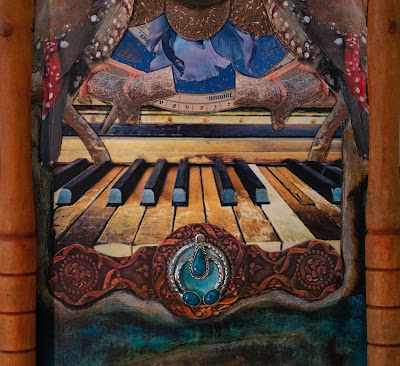 With all we have been through in 2020 I consciously decided to select an African American image for the history of jazz, Charlie Parker and BLM. 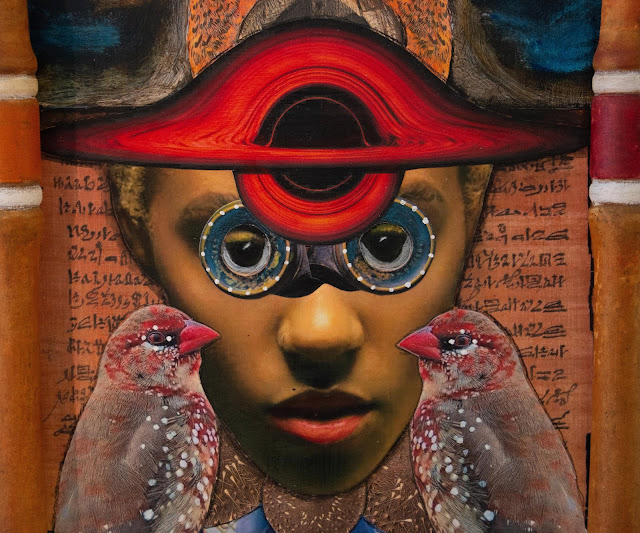 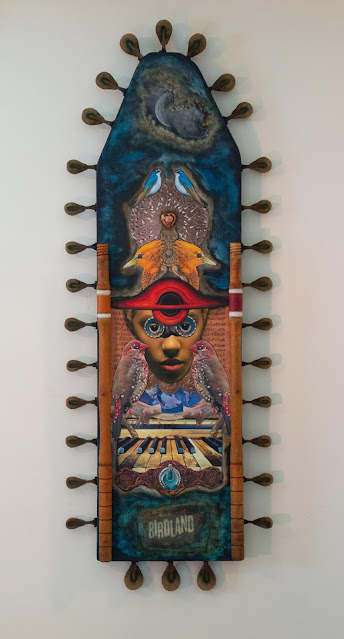 Posted by gary warren niebuhr at 11:50 AM