The Wustum Museum, the older location for the Racine (WI) Art Museum (http://www.ramart.org/rams-wustum-museum) put out a call for art dealing with a sense of place for an upcoming non-juried exhibit called Hometown Heritage. The pieces that are to be submitted are to depict the artist's sense of place and I decided that my recent experiences on Route 66 could make a cool piece.

I started with a box that I bought on the route.  I knew that I wanted to some how incorporate a photograph from the trip as well as some of the found objects.  So I began to assemble some of the finds:

a muskrat skull that I bought at Necromance (http://www.necromance.com/) in L.A. 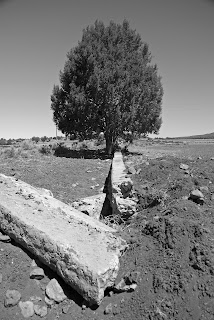 two photographs:  one of a '57 Chevy part in an abandoned building that I explored 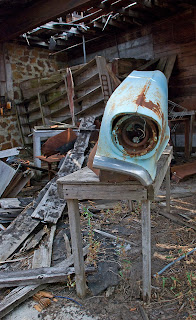 and the second a stretch of highway near Hackberry, AZ, that represents every one's traditional Route 66 photo--the desolate highway that extends into the distance forever 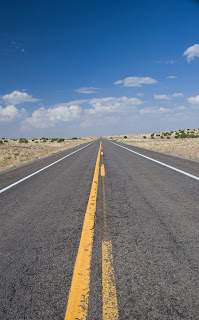 six yucca fronds that I picked up at Sitgraves Pass, AZ, while exploring a road side shrine 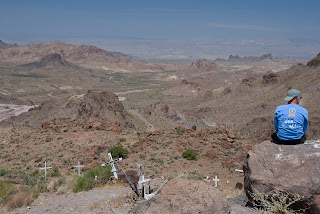 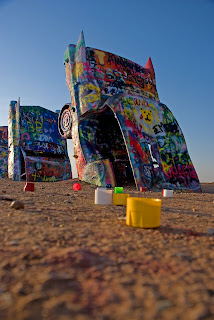 and an old rusty bottle cap that I picked up somewhere on the trip. 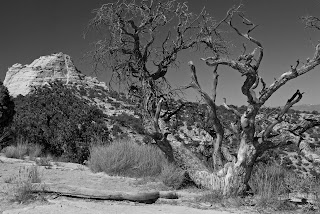 but to error on the side of full disclosure, this snake skin is actually from Utah--not from the Route.

To all these I added an old key, a baby doll body, two beads, two pieces of metal, and some wire that are not from The Mother Road. 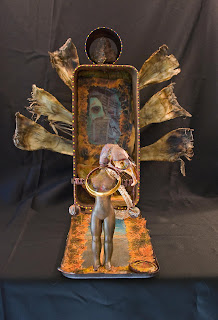 So, what is this piece supposed to be saying?  My impression of Route 66 was that it was really suffering.  Obviously some of it is because the highway has moved on but most of it is because so has the money.  Yet, a traveler cannot help but be impressed by the wide open beauty of the American southwest portion of the route. 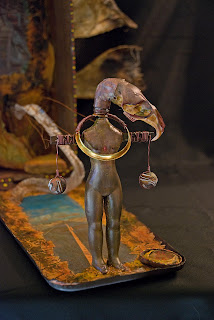 The death like figure stands on one of my photographs on the two yellow lines that still divide highways on The Mother Road. The idea is that the abandonment is represented by the figure assuming an almost crucified position, presumably the results of being left behind.  The metal rod that represents arms in the figure represent the telephone poles that we saw along the highway.  Now the wire represents how those lines disappear off into the distance. 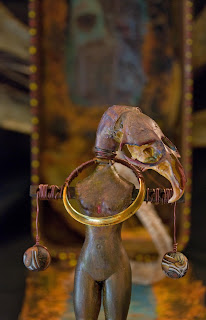 The background structure of the box has another photograph wherein the missing light from the car panel acts as a representation of the moon and the yucca fronds act as the sun.  Balanced at the top of the box in an ascendant position is the actual piece of road from Route 66. 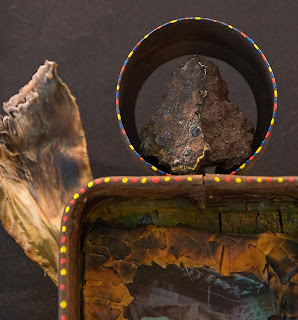 So that pretty much covers it.  It was a fun piece to conceptualize, construct and paint.  I am not one hundred per cent sold on it but I am pleased I got it done for the show at the Wustum. 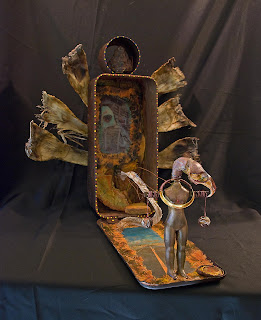 Posted by gary warren niebuhr at 4:46 AM