Day sixteen, July 8th, began with an early rise in Carthage, Missouri.  We woke up to fog which is the most moisture we have had since leaving Milwaukee. We were on the road, after hotel food, by 7:30 a.m. 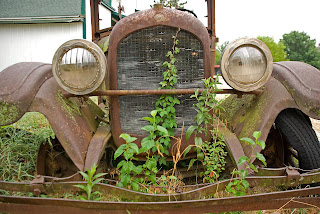 The first stop of our day was Route 66 side trip to Red Oak. This "ghost town" was built from the remains of numerous area buildings. The site is just east and north of Carthage and is well worth the side trip. Built my millionaire artist who made his money with place mat art, he now lives on site with other residents in this half-tourist attraction, half-real town. 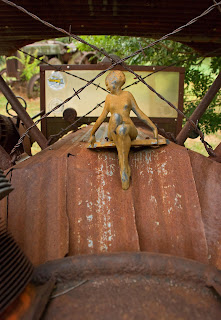 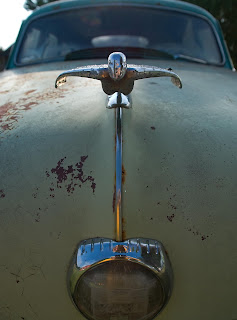 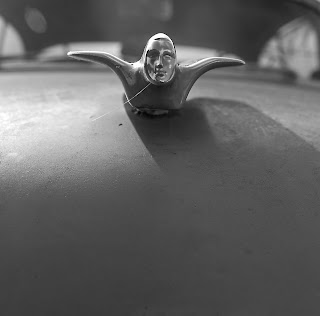 After this tourist stop, we were back on Route 66 through Maxville, Forest Mills, Avilla, Stone City, Log City, Plew, Rescue, Phelps, Albatross, Heatonville, Spencer, and into Paris Springs.  Here we had a chance to meet one of the ambassadors of The Mother Route, Gary Turner, at his restored Sinclair gas station.  Gary helps tourists going in either direction and has almost daily tour groups who stop here including many foreign guests.  Gary and his daughter are great spirits for the idea of Route 66 and it was wonderful to meet them. 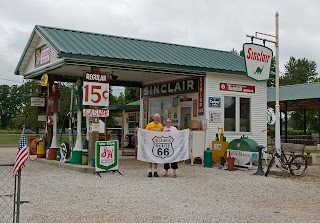 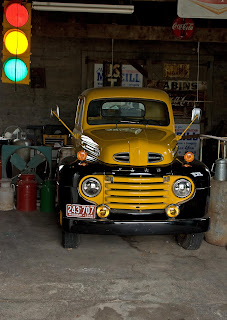 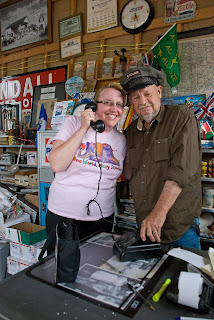 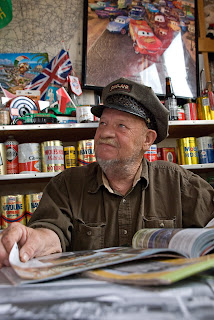 Our next treat was when a Missouri car group, heading west for a car show, made a mandatory stop in front of the Sinclair station.  This was one magic moment for me on The Mother Road. 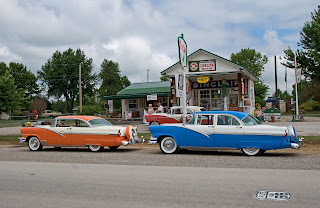 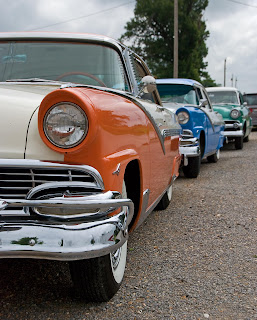 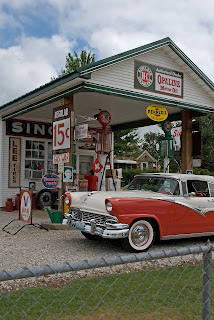 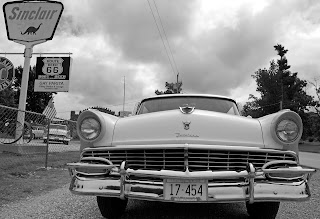 After our send off from Mr. Turner we went down the road to Halltown which has a number of antique shops including the White Hall Store.  Today I found some boxes, casters, and tools for $23.

Next was Plano, Elwood, Yeakley, Haseltine, before riding through Springfield, Missouri.  We had lunch at Trolley’s today and then hit an indoor flea market where I bought 3 dolls, 2 stove scrapers, and some tools for $18. 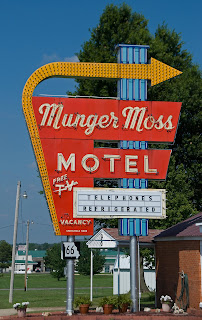 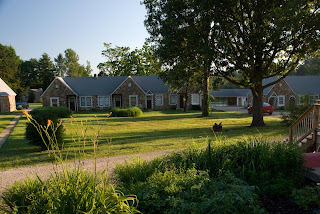 Our dinner, which was outstanding, was at the Missouri Hick B-B-Q.

View all the photos from this trip at http://www.flickr.com/photos/gniebuhr/
Posted by gary warren niebuhr at 11:41 AM