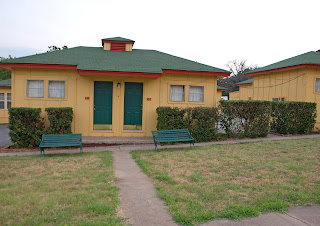 Thursday, July 7th, is day 15 of our trip, and this is the cute little cabin we stayed in last night.  Leaving from Chandler, after another McDonald’s breakfast, we are off down the road through Davenport, Stroud, DePew, Pulaski, Bristow, Bellvue, Kellyville, Sapulpa, Bowden, Oakhurst, and into Tulsa.

The real pull today was south of Tulsa to a community called Jenks which advertised itself as the antiques capital of Oklahoma. While that proved a little lame by what we found actually in Jenks, it did not stop us from shopping the River Mall and spending $85 on a number of old boxes, a child’s metal chair, a potato peeler, a bamboo tray and two knickknacks.

Back in Tulsa, we thought it would be fun to eat at a place called The Coney I-Lander for a dog (which was fine) and a bowl of chili (which was not).

At Green County Salvage we found a Dodge on a stick. 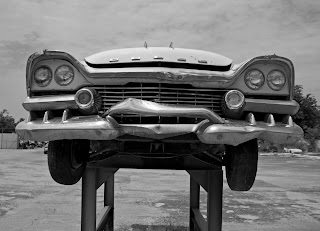 Our next stop was The Blue Whale in Catoosa, a tourist trap with a great deal of charm. In the old days, children could slide and dive off, but today it has been moved to a little pond and stand rather forlornly on its own. 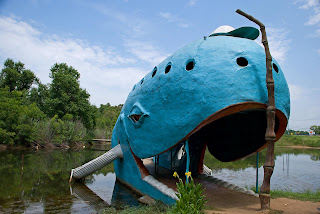 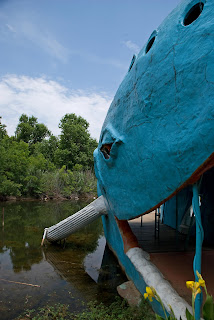 Then the miles piled up as we head through Verdigris, Claremore, DeGroat, Sequoyah and Foyil. East of Foyil is a placed called Ed Galloway Park where a 90 foot totem pole is surrounded by other totems and a house that includes his carved violins. This is quite a display of outsider art. 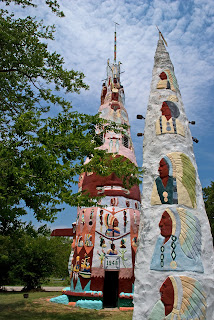 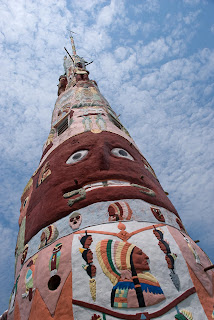 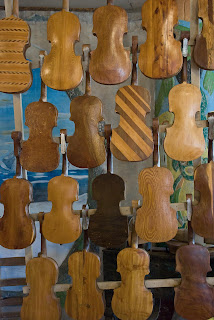 On we went down the road through Bushyhead, Hisle, Howard, Chelsea, White Oak, and into Vinita where we found another car jacked up for our enjoyment. 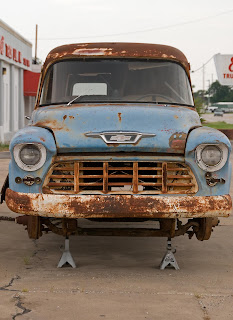 In Afton we found the abandoned Palmer hotel where the amenities are now on the outside of the rooms. 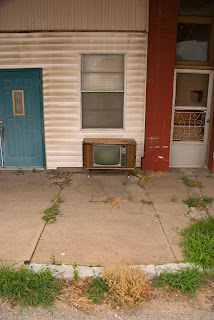 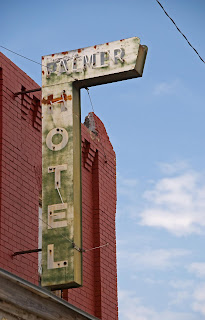 At an old garage and gas station south of Narcissa I had a chance to do a little off roading exploration.  Whooee, was the place special.  Not only was I treated to really cool abandonment, but there was vintage car parked in here and the driver's side hood panel from a '57 Chevy.  I will admit, I tested the weight of that piece but there was no way I could lift it and get it into my van. 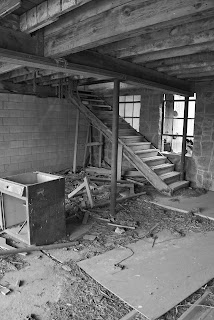 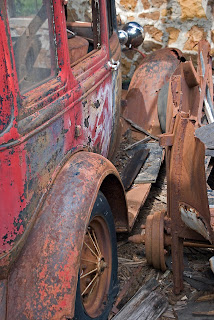 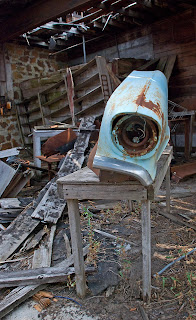 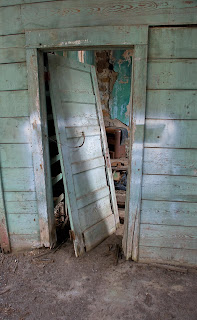 Next up was Narcissa, Dotyville and then Miami (no, not that one) where you cannot not eat eat at the Ku Ku. 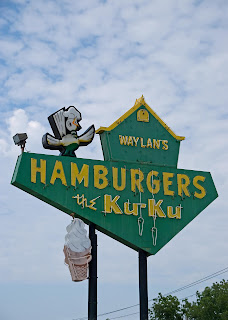 Then we polished off Commerce and Quapaw and crossed into the state of Kansas to visit Commonwealth, Baxter Springs, Riverton, Galena. Then we were into the state of Missouri and the city of Joplin. Everyone knows Joplin’s story but we were surprised and pleased to be able drive across the city without seeing any evidence of the tornado. We did not want to add to anyone's burden or be tempted to take tragedy pictures.

After Webb City, we reached Carterville where we stop at Bulger Motor Company to take a picture of this Cars truck tribute.  The owner can out and talked to me about the truck (his father's), the firm and the influence (he believes) of his family's business of the making of the movie.  It was very interesting to talk to him but I do not know how much to believe. 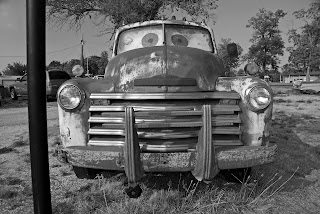 Through Brooklyn Heights, we were in Carthage when we decided to hunker down for the night at an Econo Lodge. Dinner was at the Sirloin Stockade with authentic cowboy decor and foreign born owners.  At least our waiter warmed up to us after awhile and we discovered he was an American born, ex-Las Vegas resident who had returned to this city with his Native American wife. Everyone always has a story on The Mother Road.

See all the photos from this trip at http://www.flickr.com/photos/gniebuhr/
Posted by gary warren niebuhr at 9:57 PM