Wednesday, July 6, is day 14 on the road and our departure point is Elk City, Oklahoma.  On the road at 8:00 a.m., after a hotel breakfast, we are through Canute and into Foss where we found a freeway underpass that was covered with swallow nests.  The swallows were swarming the nests until I got out of the car and then they flew in a big circle above the freeway.  An amazing site to see that, unfortunately, produced some rather boring photos of no interest.

Clinton produced an old Phillips station with some cool signs and another wonderful old vehicle at the White Dog Bed and Breakfast.  It also produced two antique stores.  At the first, I bought an old violin for $20.  At store number number two a got a tool box, gopher trap, washboard, tools, and a doll for $86. 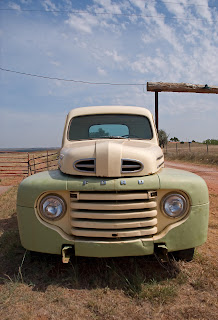 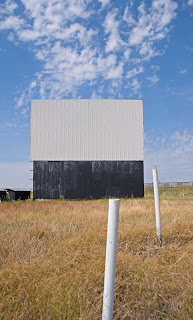 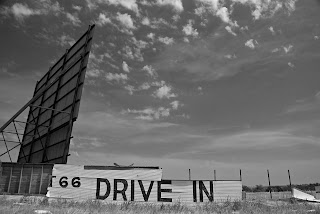 From Weatherford we went to Hydro where we found Mema’s, Momma’s and Mine Antique, Collectibles and Junk store.  This might have been the most reasonable seller we found on Route 66 and I bought two cow skulls, tools, a stove part, a brass vase and a metal fold up ruler for $33.  We also made a stop at Lucille's, considered one of the iconic stops on the old Mother Road.  I do not know if you can read this pump, but the 26c per gallon fuel was long gone. 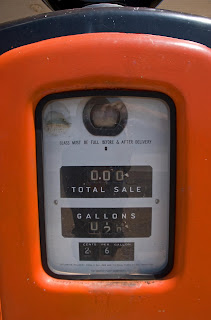 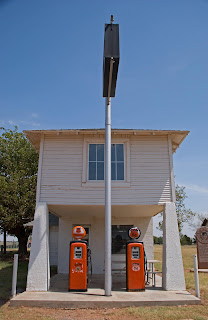 For travelers on the historic route, it is really appreciated when we stumble upon a site so well preserved.  Someone has taken the time and money to make this a destination stop which has to help the local economy in some fashion or other.

Now we went through Bridgeport, Hinton Junction, Geary, Karns, and into Calumet.  Here we drove past a weird site:  what appeared to be a big field full of metal being picked over by numerous people in multiple trucks.  I said it looked like a junk yard blew up.  Later, we were told it was a surplus store hit by a tornado on May 22nd, the same day as the Joplin big one.

We decided to take a side trip to Fort Reno, a site established in 1874.  It was used as an Army remount station until 1947 when it was turned over to the Department of Agriculture.  The old Army buildings have been preserved as a museum and at the visitor's center we met an ancient but very nice docent who explained all of this to us.  Later, after we toured the site, we could see on barn blown down and some trees damaged by the May 22nd tornado.  The tornado literally missed the historic buildings by feet. 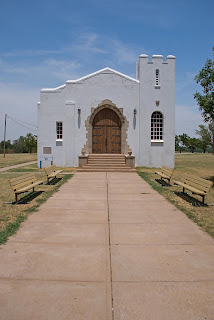 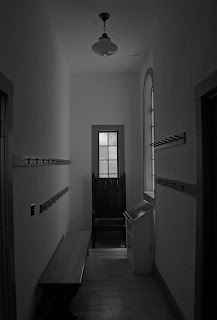 Fort Reno has a graveyard for settlers and some Army personnel. 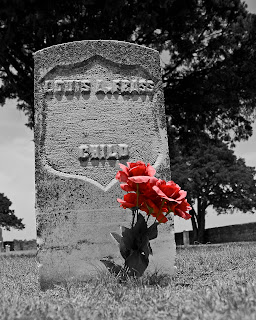 Then there is a stone wall over which you can pass via some staircases into the graveyard for the foreign prisoners of war from World War II.  Italian and German soldiers are buried here, men who were captured and interned in the middle of our country never to return to theirs. 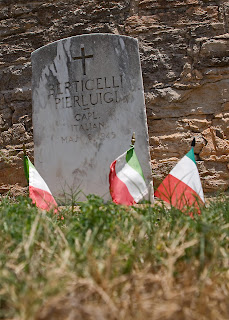 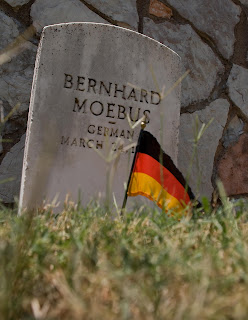 After the fort we entered El Reno where we discovered this public art on the side of a silo.  Who knows what inspired this but I wish in America we had more of this kind of adventurous art spirit to see. 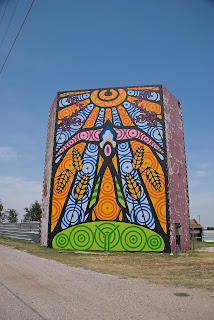 We ate lunch at Sid’s Diner in El Reno today and then we were off through Yukon and into Bethany where we saw more wonderful Route 66 signs. 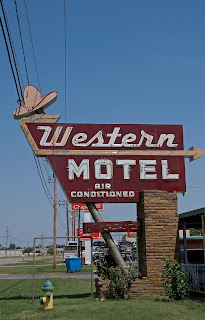 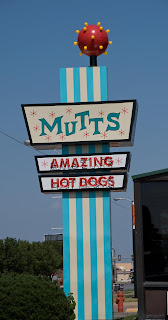 After Warr Acres we entered Oklahoma City with the idea of visiting the Oklahoma City National Memorial.  It is a very moving site on the exterior.  We did not take the time to go inside the museum but we both agreed that spending time at the reflecting pool and the memorials to each victim is enough emotion for one day. 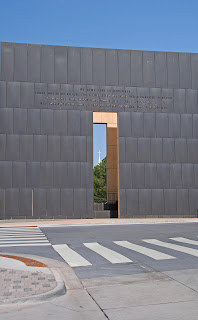 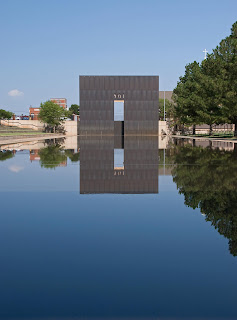 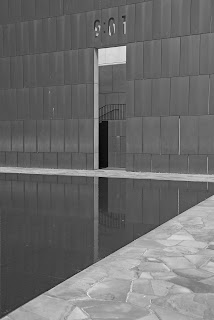 Now we put Edmond in the rear view mirror before filling up the tank at a gas station with soda bottle and straw in Arcadia. 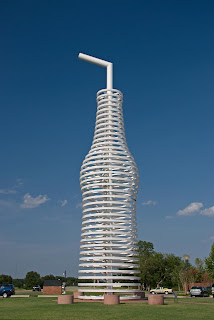 Then Luther, Wellston, and Warwick disappeared before we decided to bed down in Chandler, OK, at the Lincoln Motel.

View all the photos from this trip at http://www.flickr.com/photos/gniebuhr/
Posted by gary warren niebuhr at 5:34 AM